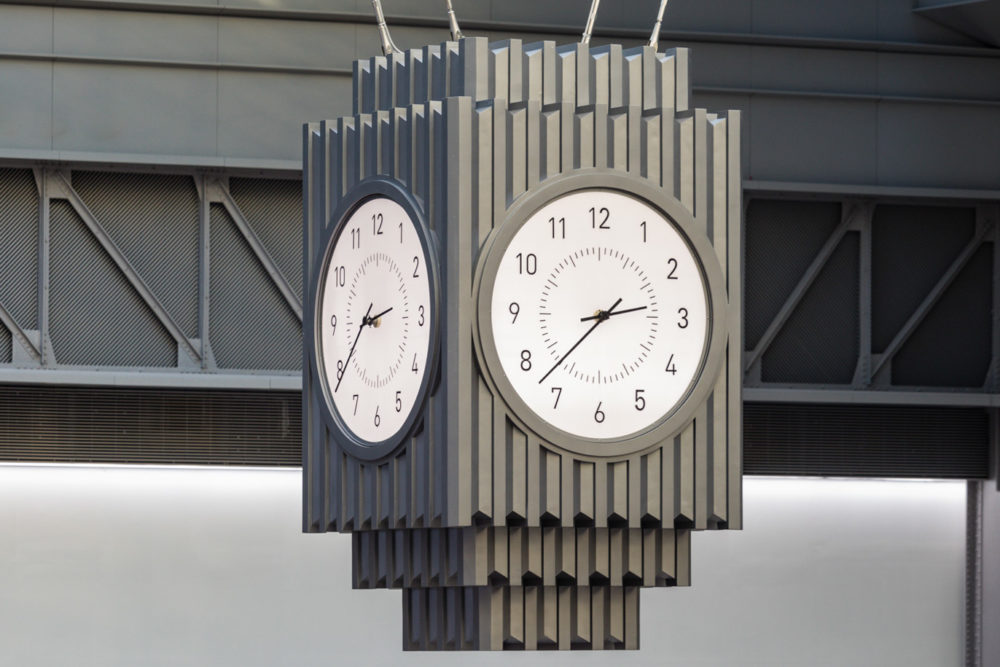 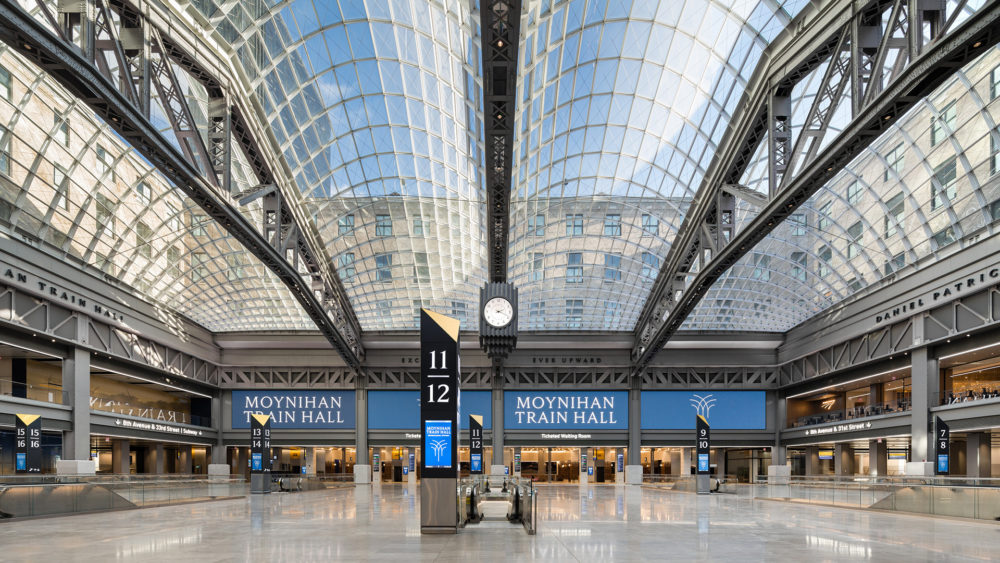 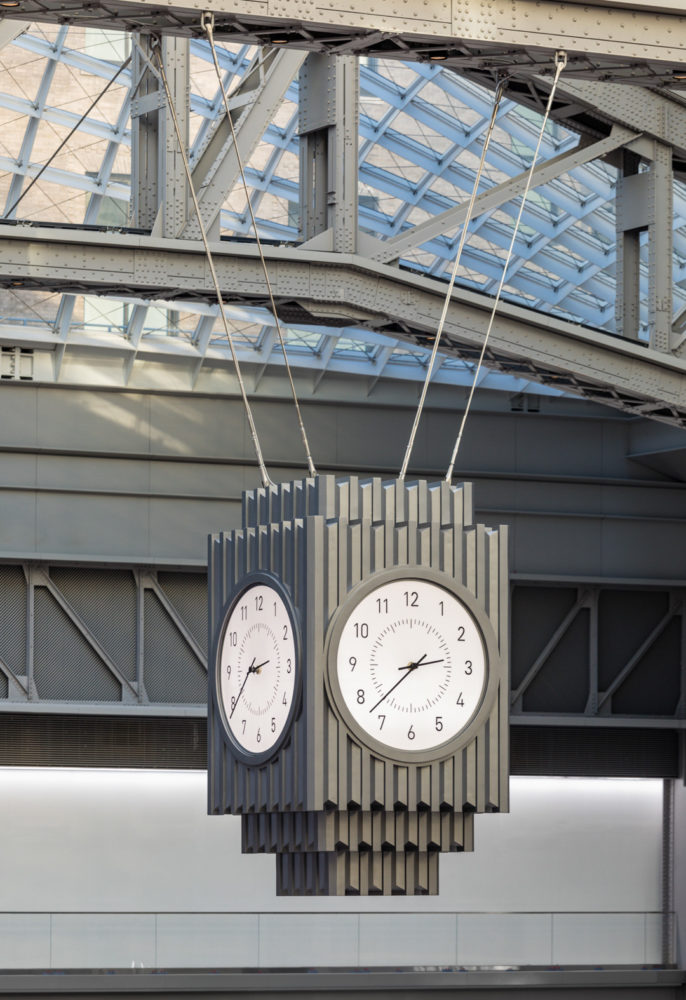 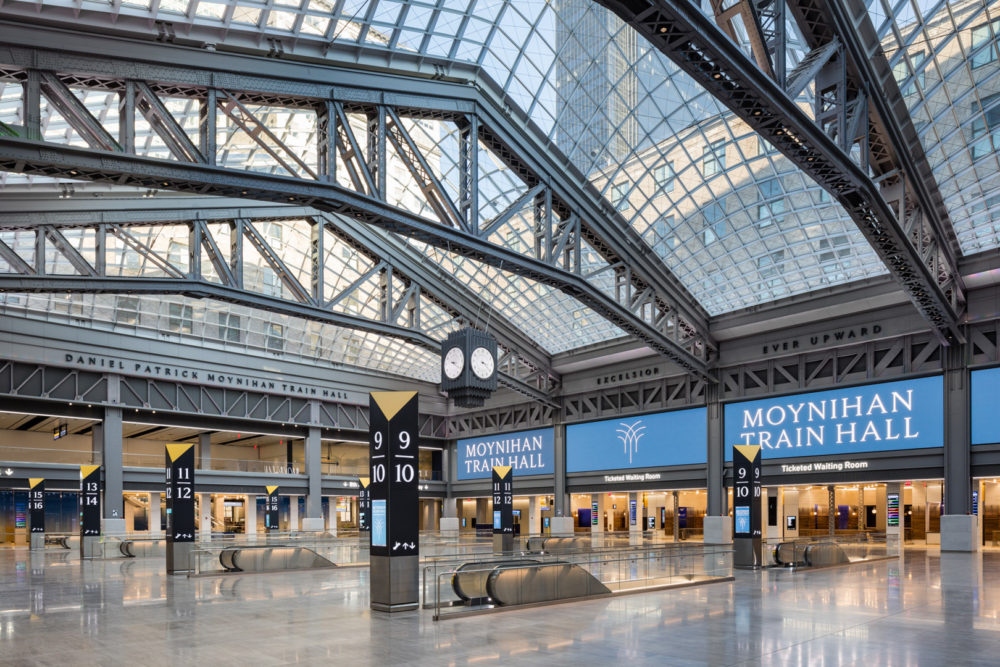 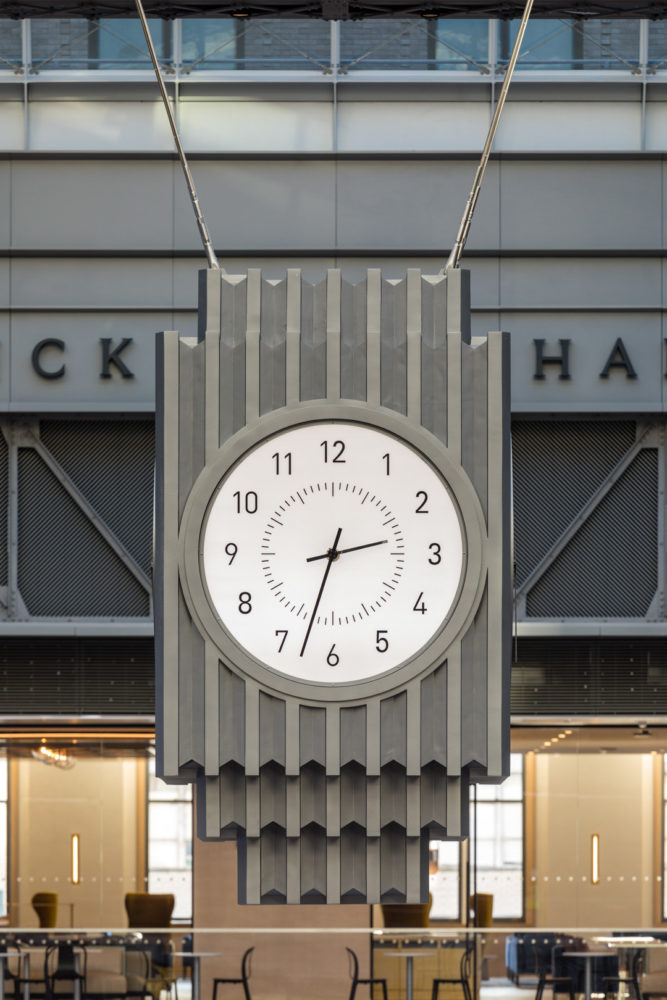 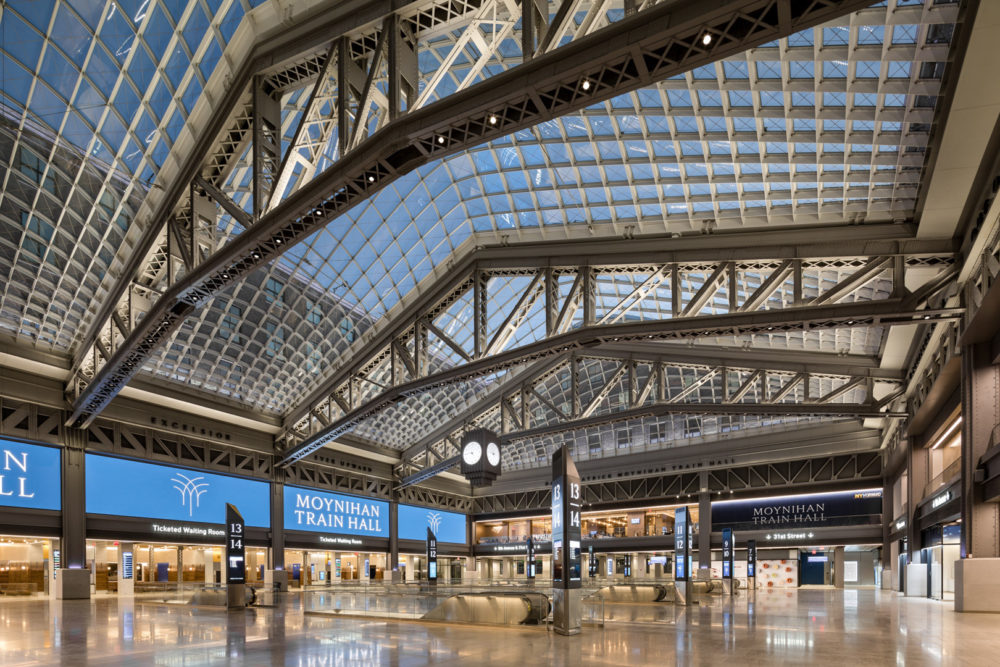 The clock was designed by Peter Pennoyer Architects, and fabricated by Hyde Park Mouldings, with a face by Dyad Design

The start of the new year was marked by a notable gift to New York City that offered a note of hope and optimism for the future: the new Moynihan Train Hall. This inventive re-adaptation of McKim, Mead, and White's iconic James A. Farley Post Office Building opened to the public for the first time on that day, and ICAA Member Firms were responsible for one of the centerpieces of the project. The main Art Deco-inspired clock in the new hall is designed by Peter Pennoyer Architects, and was fabricated by Hyde Park Mouldings (with a face designed by Dyad).

Now architect Peter Pennoyer and Adrian Taylor, principal at Hyde Park Mouldings, share their insights and observations about the process, and what makes such a practical and public commission so unique.

ICAA President Peter Lyden had a chance to inquire about some of the particulars of the project, and has captured a behind-the-scenes glimpse at two ICAA Member Firms at work. 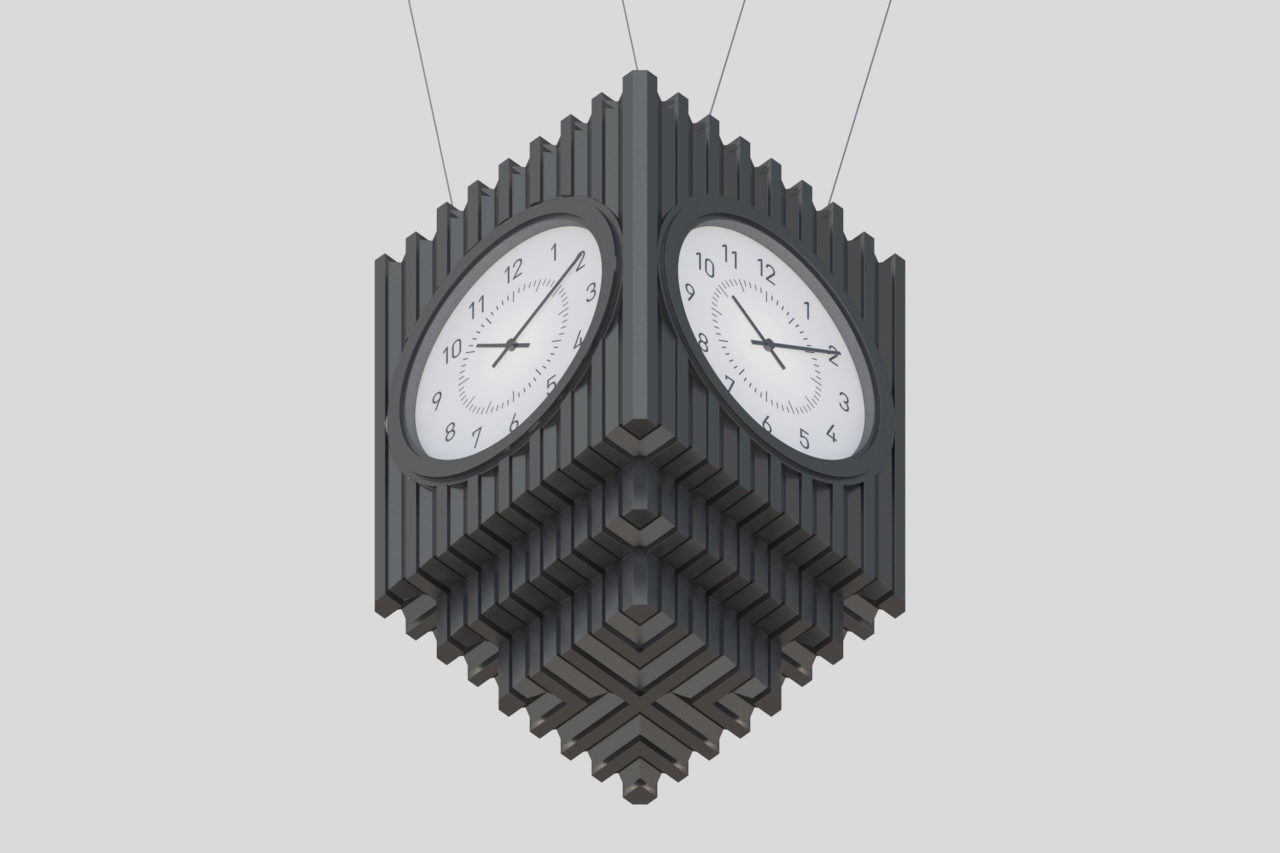 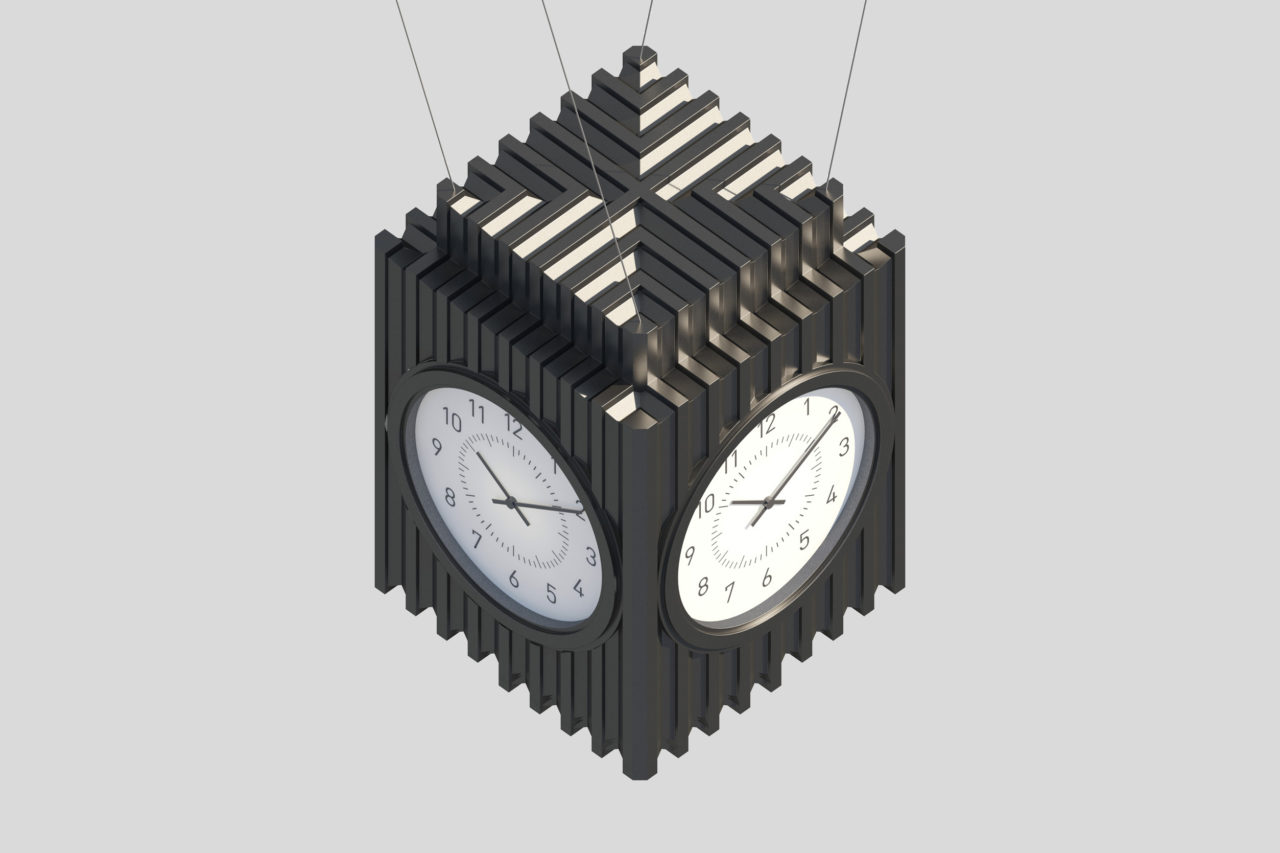 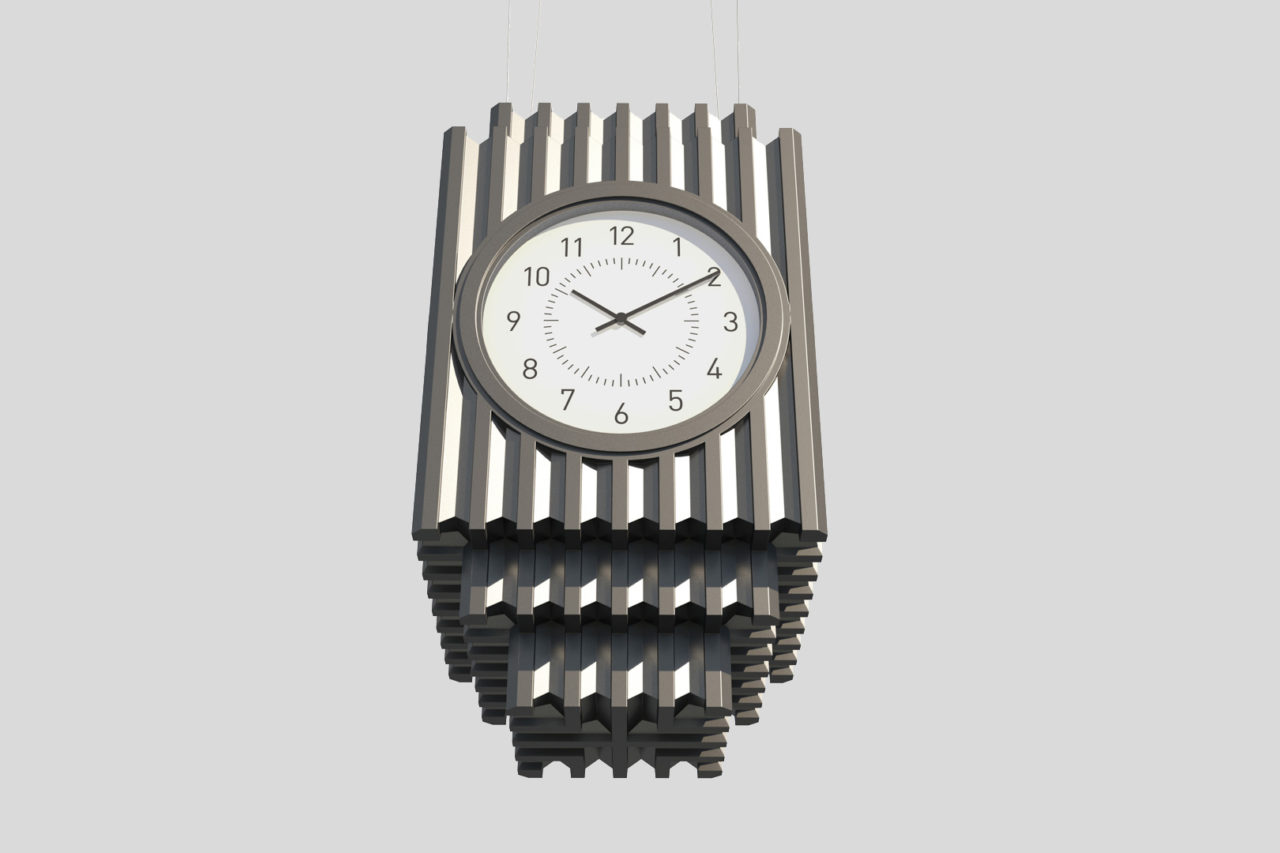 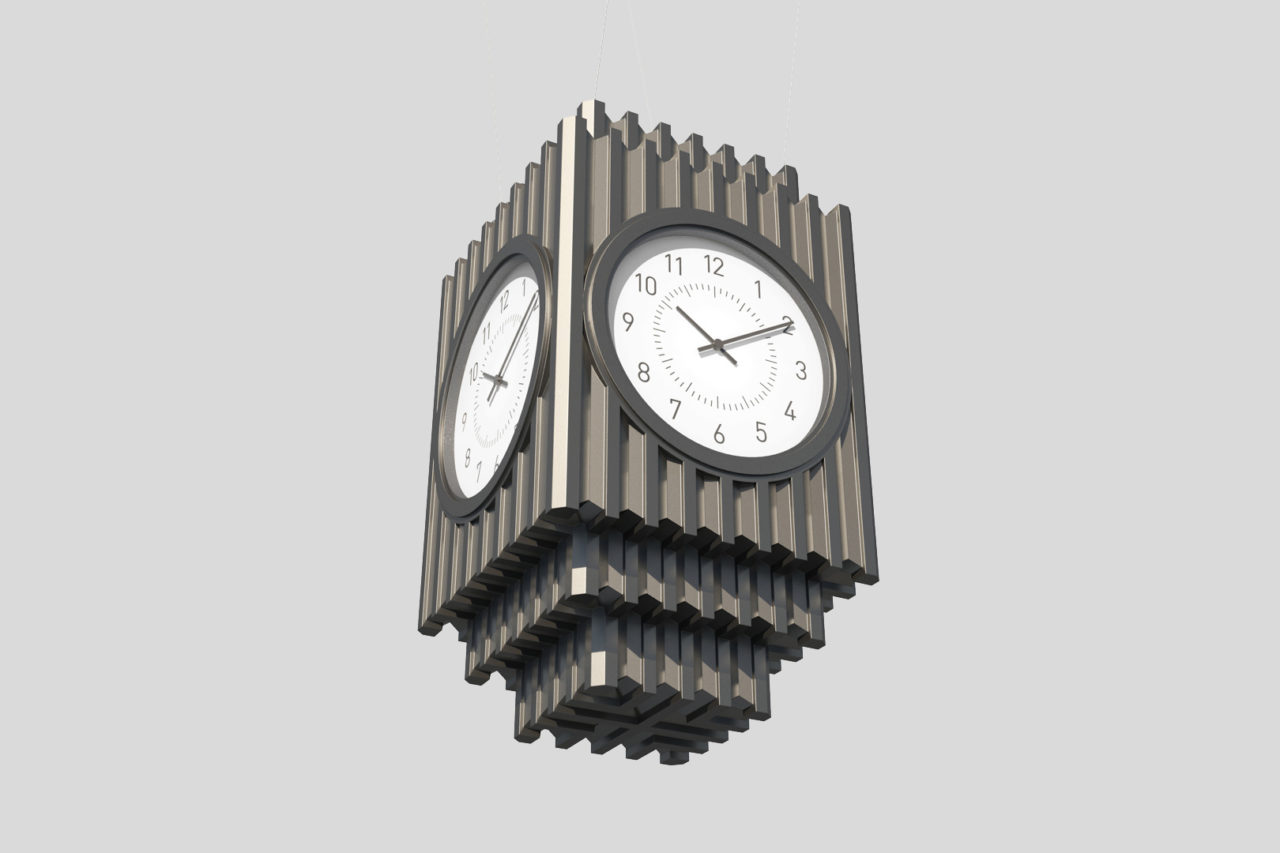 Peter Lyden: How did you arrive at an Art Deco approach to the design of the clock?

Peter Pennoyer: Art Deco, which we prefer to think of as modern classicism, seemed the right approach for an object that would appear to float in space. We rejected the possibility of an articulated structure attaching our clock to the truss above. Unlike the trusses in the old Penn Station which were designed to emulate the curves of great Roman vaults these are purely structural – construction not architecture.

Art Deco offered a vocabulary that can be free from the fundamental order of a traditional classical approach. Art Deco can be all about vertical forces and not base, middle and top.

Lyden: Were there precedents that inspired you?

Pennoyer: We were inspired by the architecture of Ralph T. Walker and Ely Jacques Kahn. Both architects were masters of the set-back skyscraper, a building type that is all about vertical continuity. My favorite Art Deco building in New York, Walker’s Irving Trust Tower at One Wall Street, is a simple mass, carved with continuous vertical folds. Also, we had studied Czech Cubism over the past few years and were inspired by the energy of this unusual style.

Lyden: What practical considerations did you have to keep in mind, given the large public space you were designing for?

Pennoyer: We wanted to be sure the clock was in scale with the space and that the dials were easily legible from the edges of the train hall. Empire State Development called late in the process, worried that the numerals (specified by Dyad) wouldn’t be large enough. The principal PPA designer, Steve Worthington, had already made sure the size was right. He printed out a section of 66” dial, hung it from his apartment window and viewed it from the correct distance from a nearby street corner.

Lyden: How did the design process differ from the way you would normally work with a client?

Pennoyer: This was a competition and we had ten days to complete the submission so our research and design meetings went faster than anything we have done. It was great to know that from the start we had enthusiastic commitment from Dyad and Hyde Park Moldings. 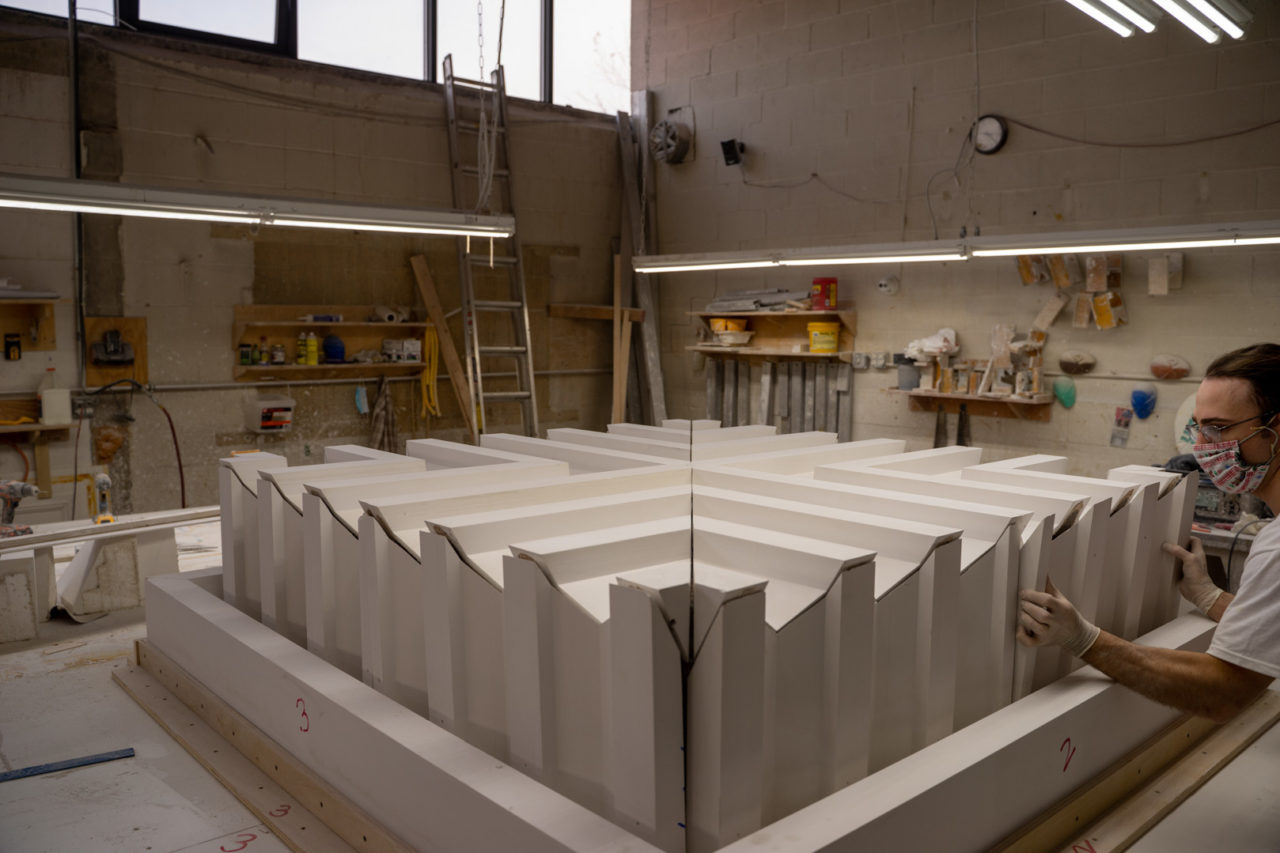 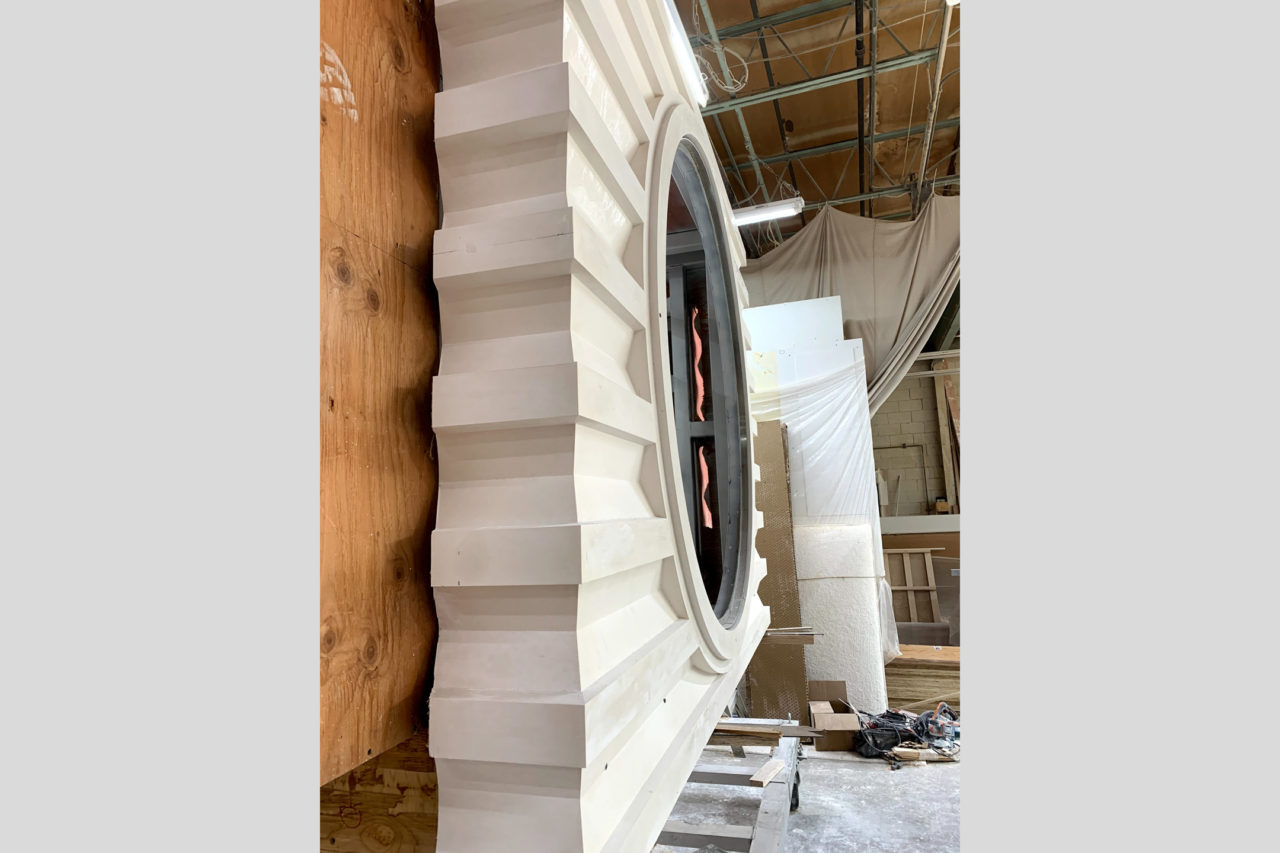 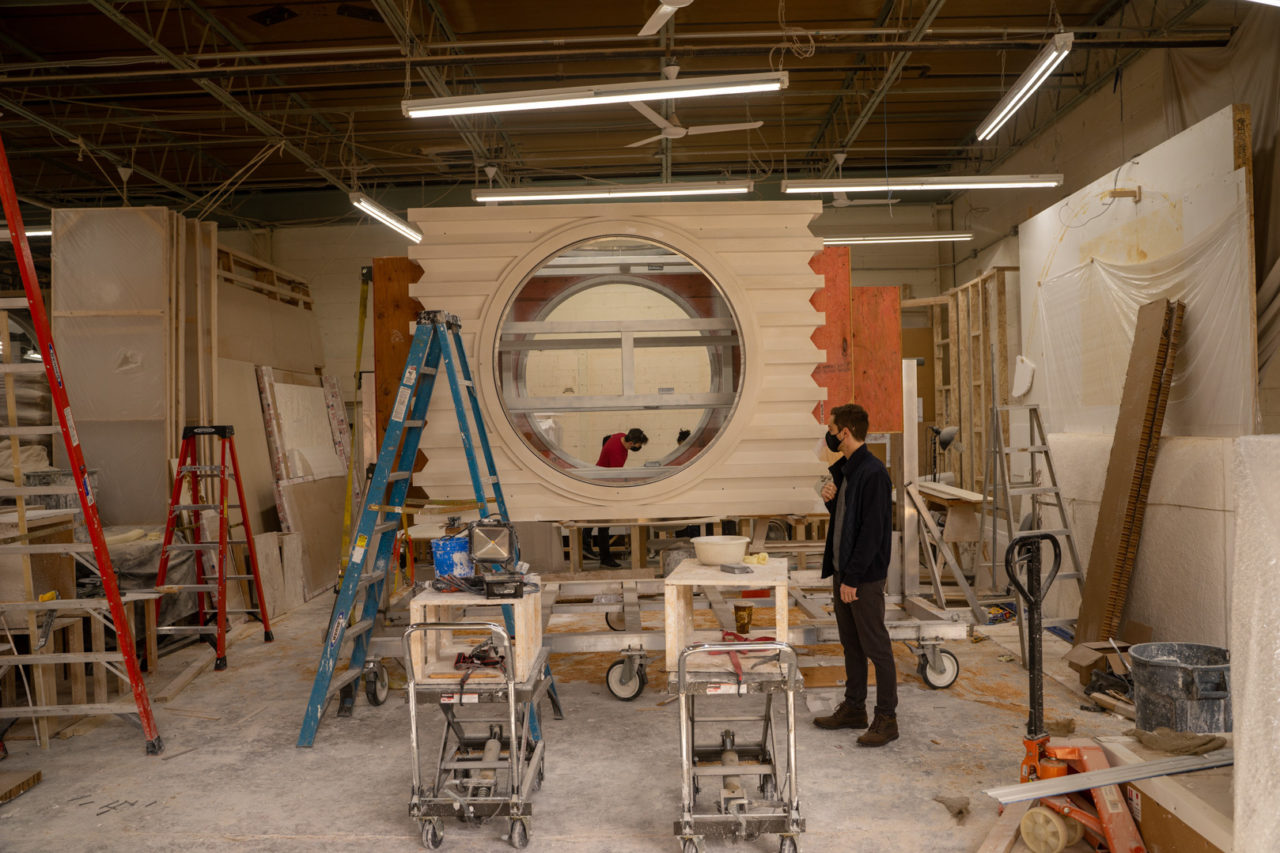 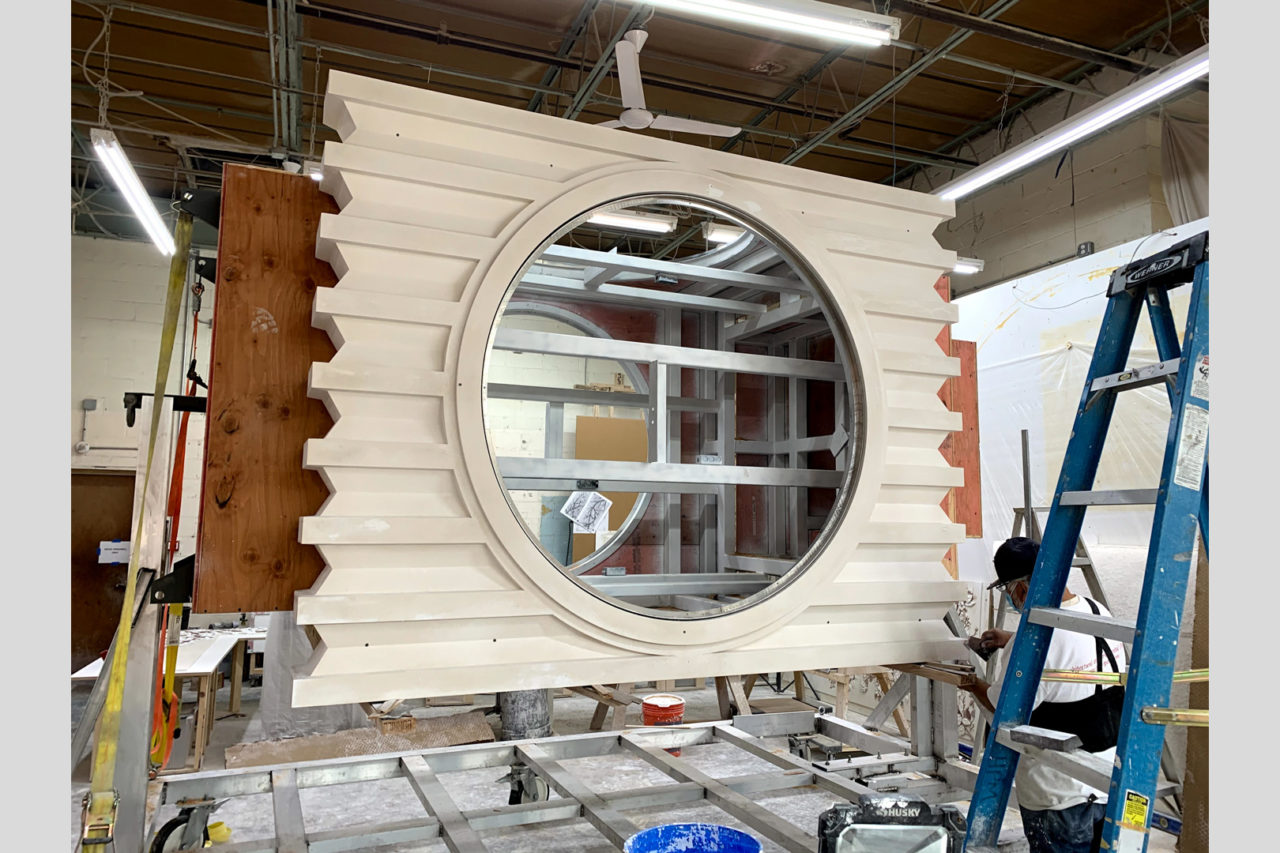 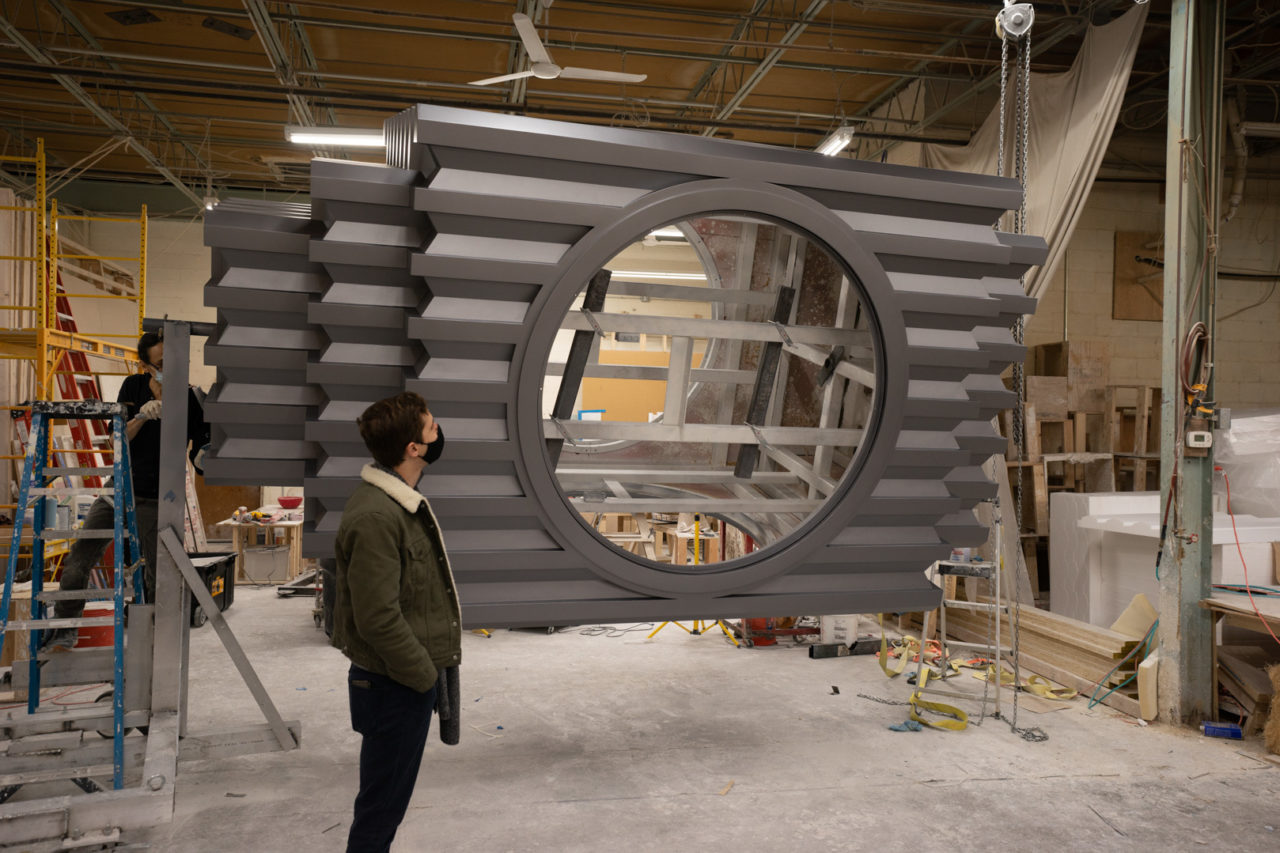 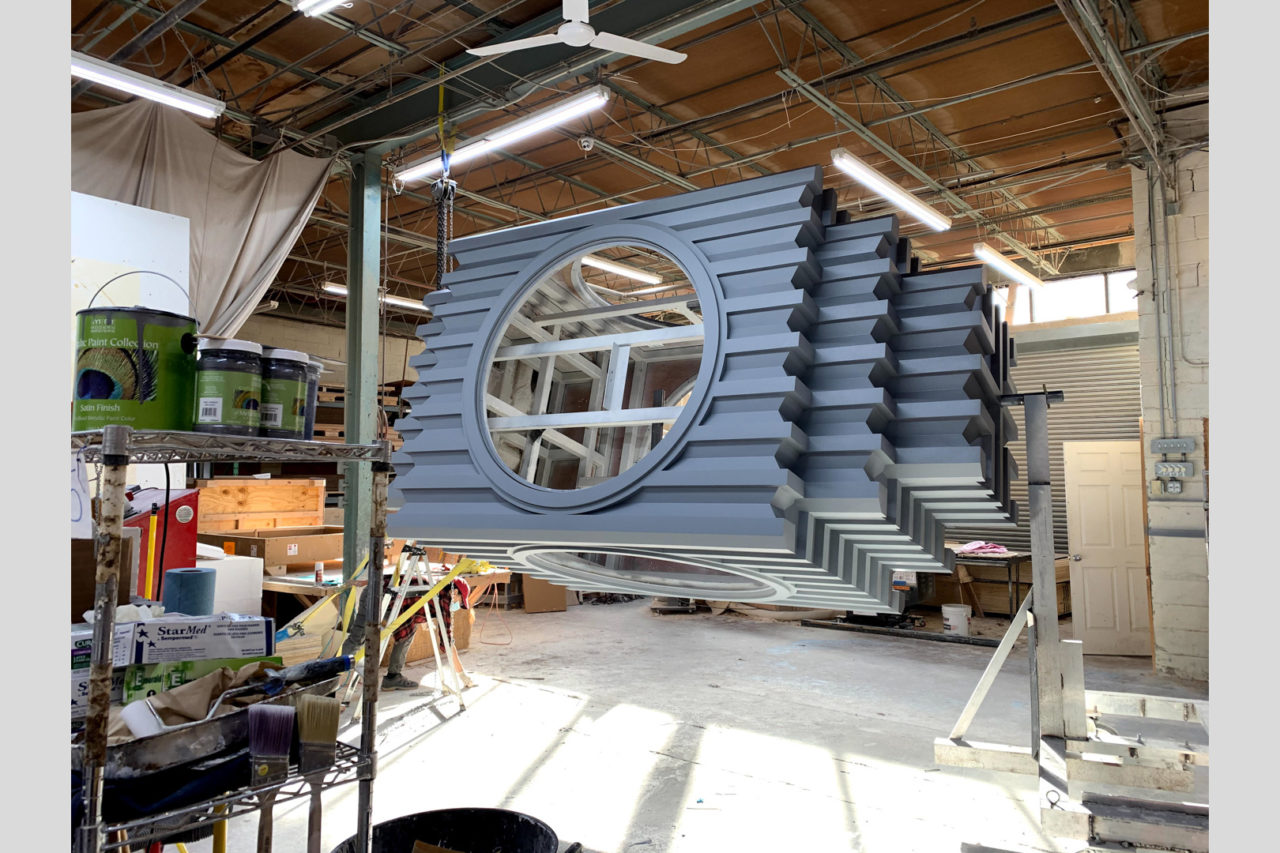 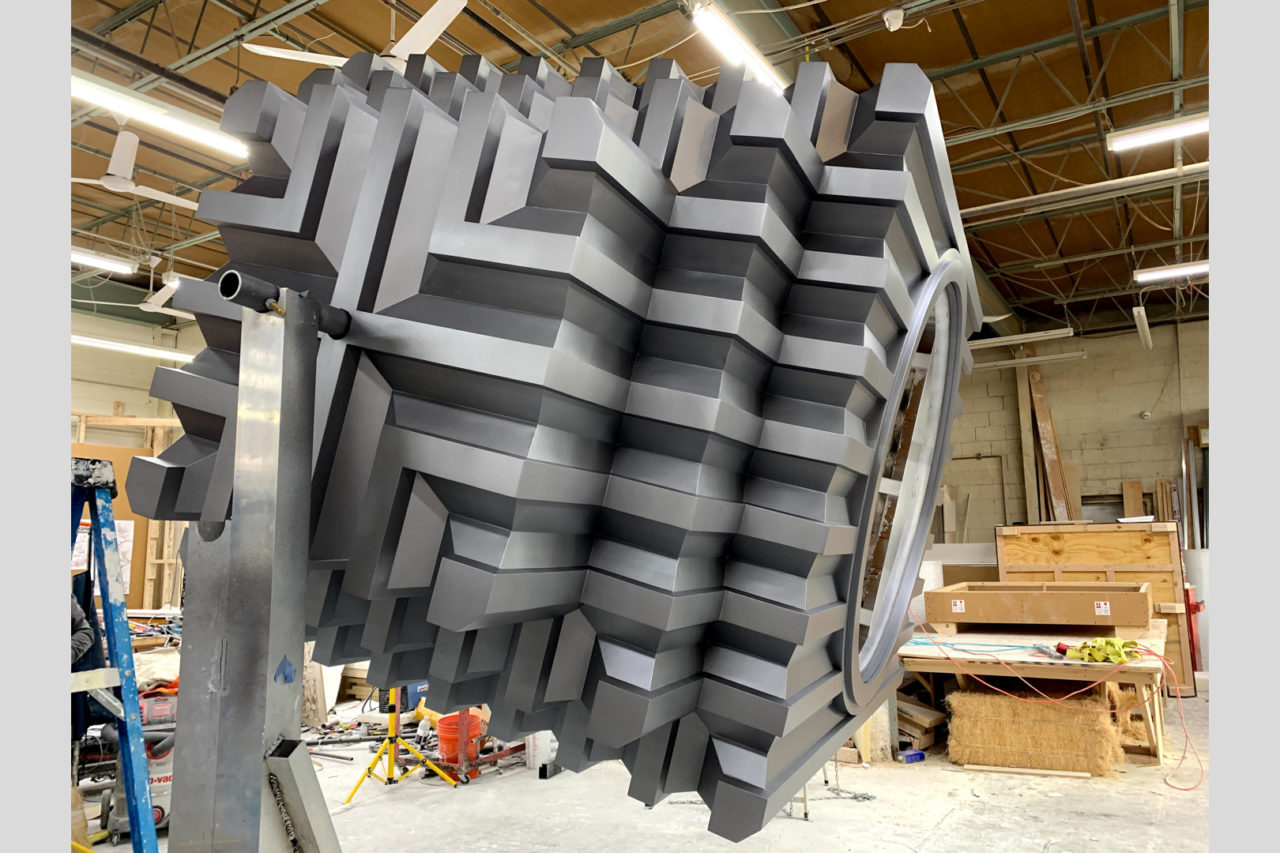 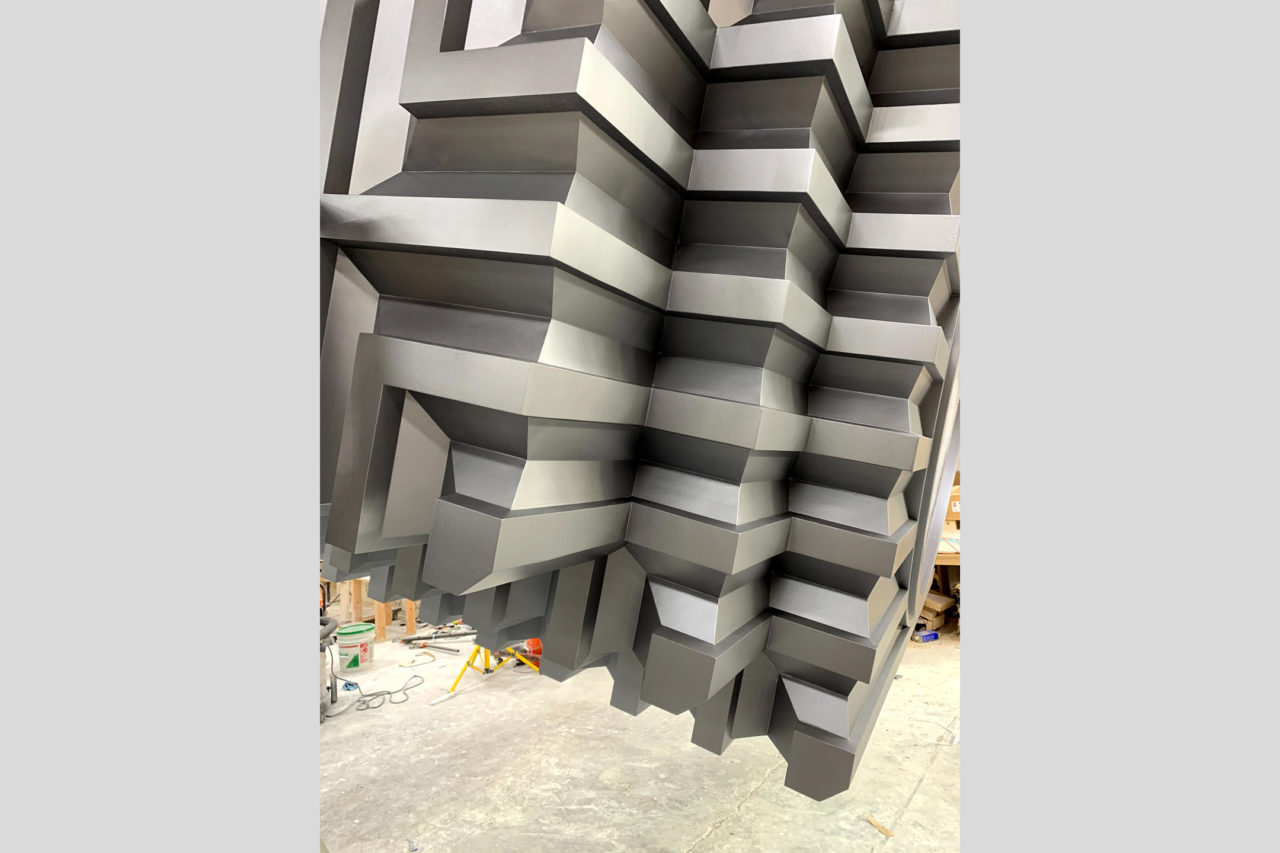 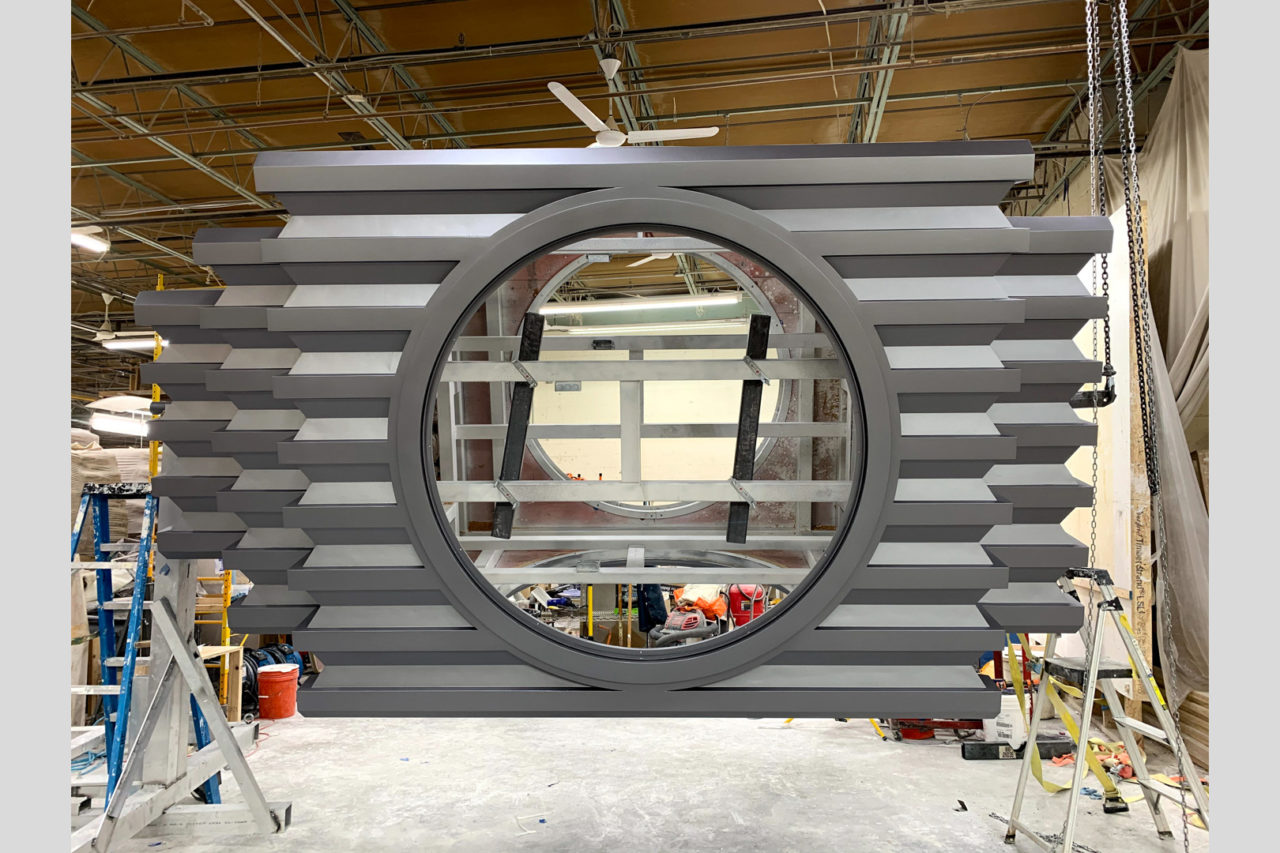 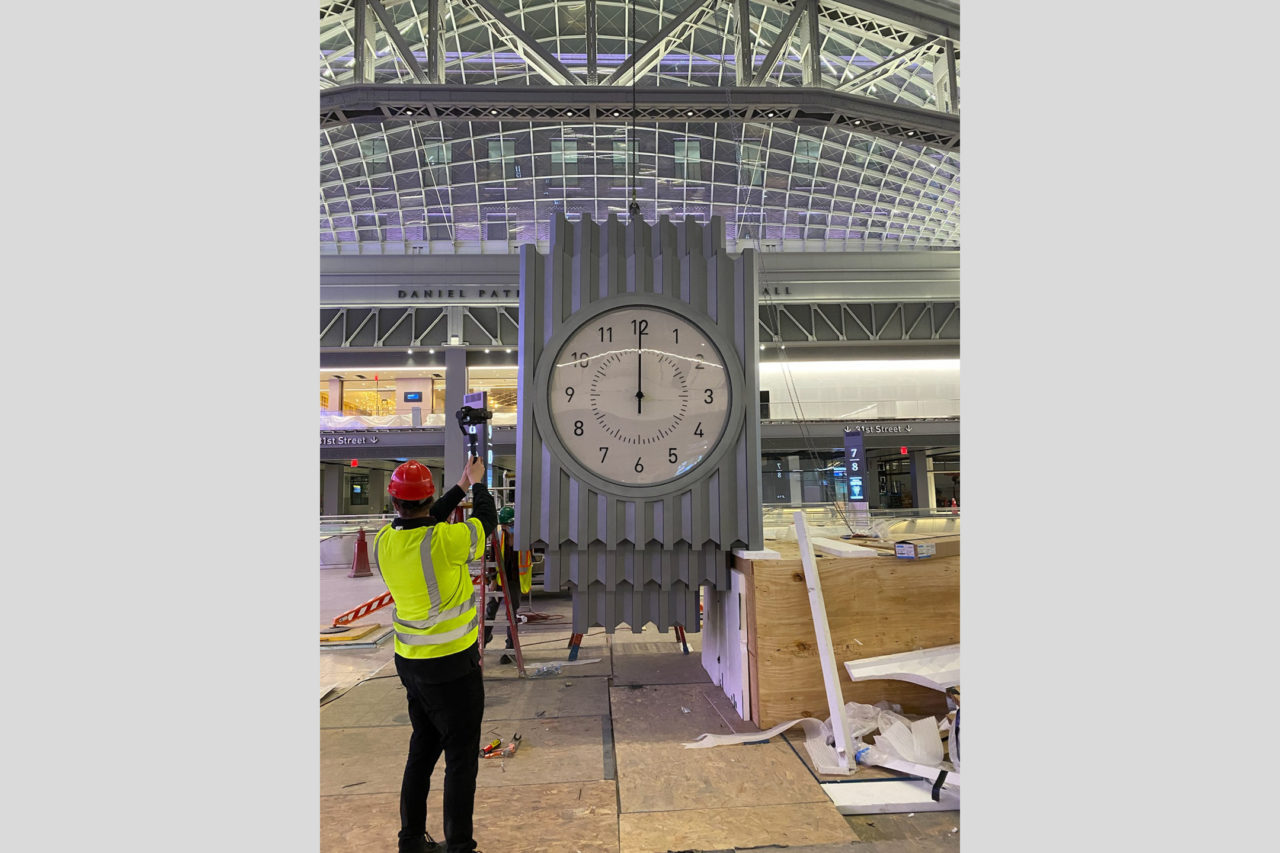 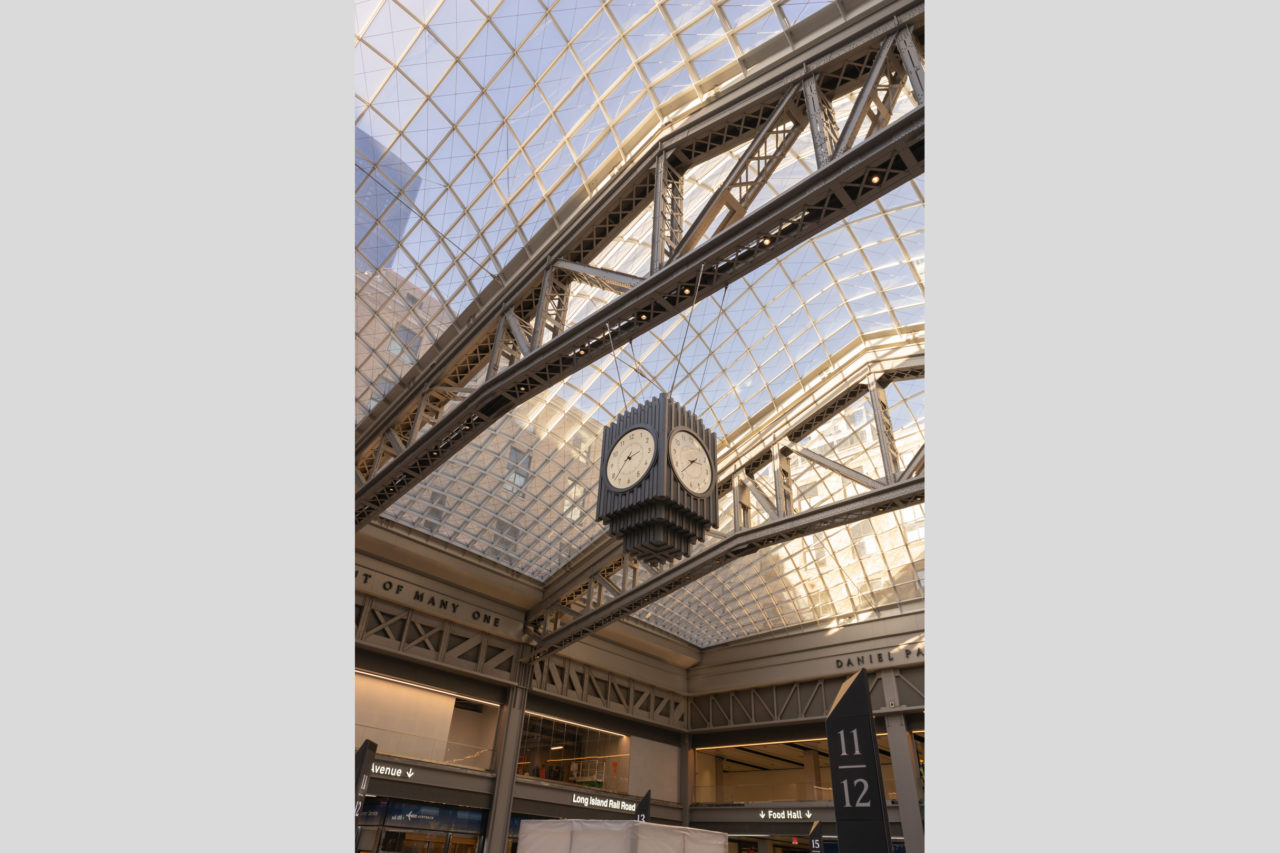 Peter Lyden: Can you talk a bit about the fabrication process? How was it different from a normal project?

Adrian Taylor: A "normal" project for us at Hyde Park Mouldings would involve fabricating the constituent parts of the project's mouldings program in our studio, transporting them to the project site and then installing, joining and finishing them. In this case, we were obliged to construct the entire project in our workshop as one large, single, pre-assembled, pre-finished unit that could be delivered with little to no additional work performed on site aside from minor touch-ups.

In casting the clock's decorative housing, we employed the GFRG technique (Glass Fiber Reinforced Gypsum), as opposed to the more traditional methods of fabrication we normally employ for residential projects. GFRG enables us to quickly create larger, lighter, more durable castings - which aided tremendously in expediting the clock's production and delivery, given the aggressive project schedule we were confronted with.

With most of our projects, there is usually a period of weeks in which it is fairly easy to revisit an installation and make adjustments to the work if necessary. This is not really the case when you're talking about a massive architectural sculpture suspended in mid-air above one of the world's busiest train terminals. Everything associated with the decorative housing we created for the clock, as well as with the metallic paint finish we applied to it, had to be just right at the time of installation; which basically meant a single day—there was really no margin for any errors or delays.

Lyden: What unique challenges did you face in fabricating a hanging clock: were there unusual requirements or restrictions?

Taylor: There were some challenges to this project that required very careful management and oversight in order to bring PPA's design to fruition in the timeframe required. Our in-house expertise, of course, is decidedly in the realm of sculptural fabrication—modeling, mould-making, casting—but for this project we had to coordinate with a whole host of other specialized trades such as the structural engineer, the makers of the clock's inner workings, the rigging and hoisting specialists, even the transport vehicle we used needed to be carefully vetted.

To expedite our fabrication schedule, we cast each side of the clock from a single mould, which proved essential, though rather tricky to de-mould due to the deep, inset nature of the relief. Once the entire piece was completely assembled and painted, we carefully surrounded it with protective materials and then called in a shrink-wrapping service that normally deals with boats to completely wrap the whole assembly, protecting it against any precipitation.

Due to the available off-loading area at the station, the clock needed to be delivered very carefully with a vehicle equipped with "Air-Ride" suspension as well as a hydraulic tilting deck; the type of thing that would normally deliver luxury automobiles.

Once the 12-foot long, 3,600 pound clock had been successfully rolled-off the delivery vehicle, it then needed to be carefully maneuvered on a purpose-built cart through a tight labyrinth of temporary shanties that were being actively used by the various trades involved in the station's construction.

Having entered from the upper level on the western-most side of the station, the clock then needed to be very carefully be lifted up and over delicate plate glass railings, and hoisted down 30 feet onto another purpose-built cart waiting on the station level below, then rolled about another 50 yards to a spot beneath the building support truss where it would be hoisted up another 25 feet and permanently suspended.

At the end, despite all of the aforementioned challenges, New York City has a new station with a beautiful new, PPA-designed clock as its centerpiece. We at Hyde Park are truly honored to have been involved in the process!