Brendan Hart, 2016 Rieger Graham Prize Winner, on the Roman Forum and the Perseverance of the Eternal City

The Roman Forum from the Capitoline

Standing in the center of the dark nave, the crack of a lock and the groan of old hinges announce the opening of the large wooden doors.  Sunlight races past ancient columns and streams onto the dusty church floor.  Thirty feet below us, curious faces look at our group as we crowd into the open portal and gaze over a stunning panorama of the Roman Forum.

View from San Lorenzo in Miranda / Temple of Antoninus and Faustina

We are at the church of San Lorenzo in Miranda, a church of medieval origins and Baroque ornamentation built into the ruins of the ancient temple of Antoninus and Faustina.  Our vantage of the Forum is from the church’s front door, which archeological excavations have disconcertingly severed from the space, creating a condition where the church’s large front doors float in the middle of the facade, high above the current level of the Forum.  At the moment, this strange condition is also what allows our unique vantage, a special place to contemplate the many layers and continuous evolution of the city.

Views from San Lorenzo in Miranda/Temple of Antoninus and Faustina

Our visit to San Lorenzo was part of a ‘walk-and-talk’ organized by the American Academy in Rome that focused on the medieval history of the Imperial Forum.  A fascinating topic about a place that has largely been removed by modern archaeology, it was also a fantastic opportunity for me to learn about a site that was fundamental to the development of the Possesso, the papal processional route that is the topic of my studies during my three-month stay at the American Academy.  The Possesso passed by San Lorenzo on its path from St. Peter’s to St. John Lateran, utilizing the rhetorical potential of past imperial splendor as scenography for its ceremonies.

Mapping the development of the Possesso

From that odd doorway, suspended high above the ground, I saw San Lorenzo as an allegory for the Possesso, and an important messenger of some of the ideas I have been considering while studying the route. Developed piecemeal over time, it presents a collage of time periods.  Both pragmatic and poetic, the church is very much a product of its particular time and place, but utilizes its history as an opportunity to express a powerful message of continuity, adaptability, and perseverance.  The Possesso, likewise, was the product of many generations and showed adaptability to site-specific conditions that, when incorporated, added to its narrative potential. San Lorenzo, although a minor landmark on the route, now offers one of its most poignant parallels. 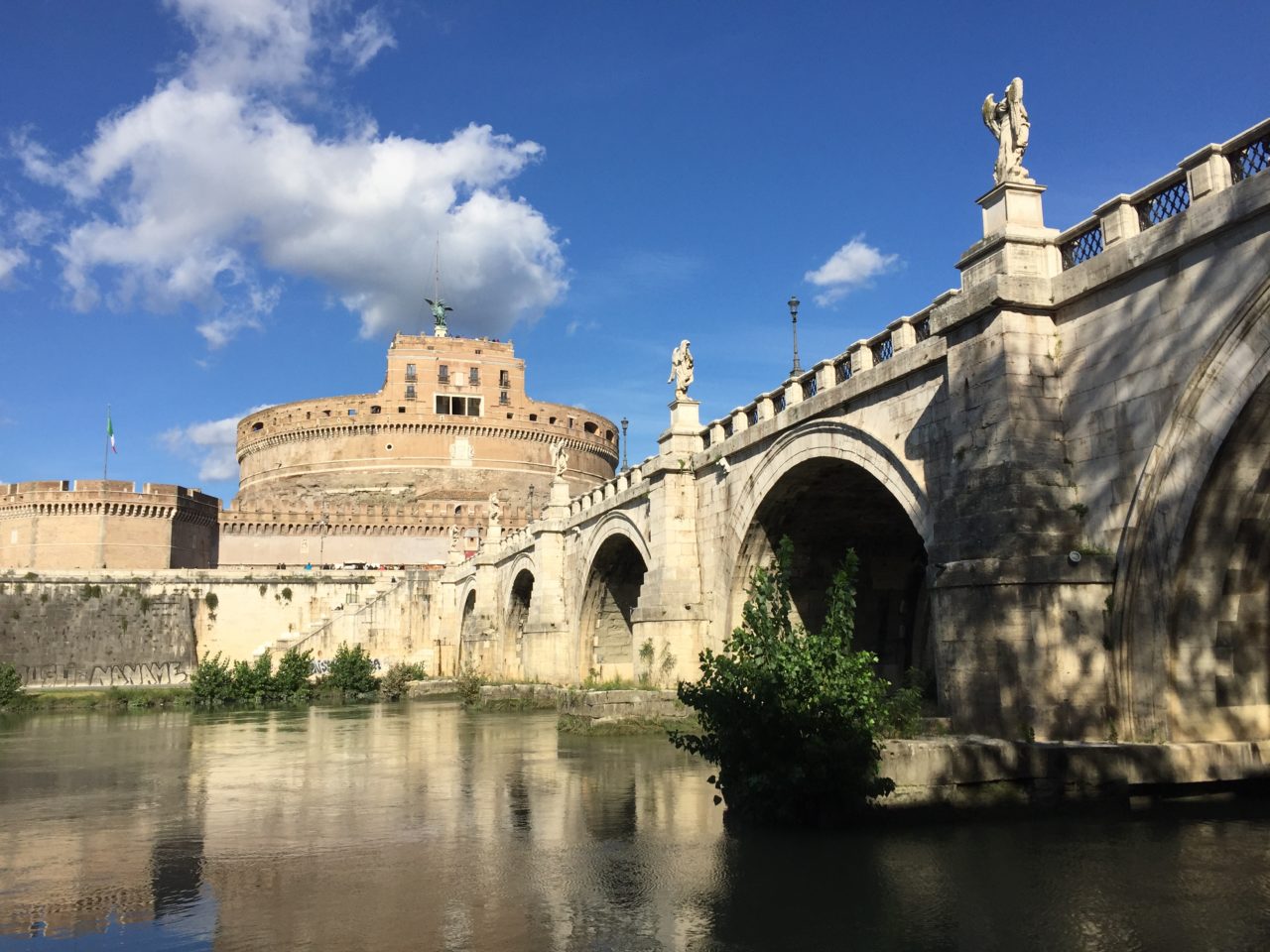 Visits such as the trip to San Lorenzo leave me deeply grateful.  Over my short time here, I feel lucky to have had many unexpected opportunities for reflection on the city: a visit to Villa Aurora, home to a perplexing and unique ceiling by Caravaggio; a tour of Palazzo Farnese to witness the genius of Michelangelo and the splendor of Carracci; access to Santa Maria del Priorato, and the peculiar idiom of Piranesi. These experiences come in waves, powerful breakers that remind me of the thousands of years and millions of lifetimes this city holds.  It is a life-altering privilege to allow these waves of history to sweep me into the vortex where Roman temples become Baroque basilicas, and popes parade with emperors.

My deep thanks continue to go to the Institute for Classical Architecture & Art for the gift of this time in Rome and the experiences is has offered me.  I know these memories will continue to soak in for a lifetime, but in the meantime, I look forward to continuing to share some reflections from my time in Rome.

St. Peter's Basilica from a vicolo

Rome from the Janiculum