Chicago as a Living Classroom

In the warmth of a mid-July day, twenty high school students from Cristo Rey Chicago saw their city through new eyes. The ICAA’s Grand Tour, first held in 2019 with New York City students, is a program that delves into the built environments of America’s great cities, and prompts students to explore their city’s architectural history, interrogate its current urban plan, and offer their own contributions to its public spaces. Tailored to each host school’s home city, Cristo Rey Chicago students spent the day immersed in their city’s history through discussions, tours, and a design project where their creativity flourished.

Chicago’s public spaces became a living classroom for this program. Held on the tenth floor of Roosevelt University’s Wabash building, students arrived at the classroom with a panoramic view of the subject of the day’s investigations, Grant Park and Chicago’s Loop. Their day began with an enthusiastic and collaborative discussion on the basics of classical architecture, and how it has been used in some of the most recognizable of Chicago’s buildings that were designed for the Great Exposition of 1893.

Students then came face to face with the historical structures that featured in the morning’s lesson, unpacking the visual identity that architects and artists created for the city through a close look at the Shepley, Rutan, and Coolidge facade of the Art Institute of Chicago as well as walk through of the public green spaces of Millenium park. Students particularly discussed how these buildings and parks served as public spaces for all citizens of Chicago, and focused on how access to parks, open space, and architecture should be a right, not a privilege for a select few. 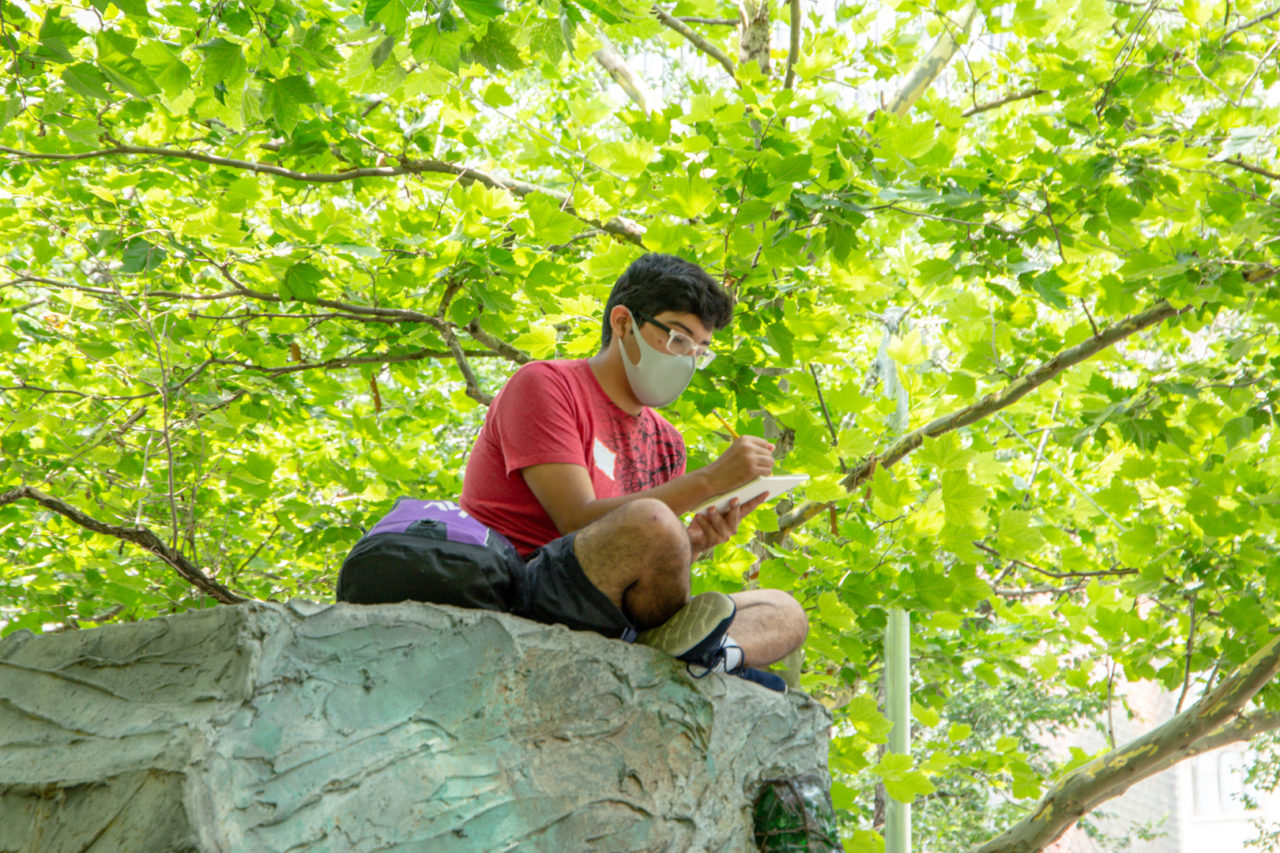 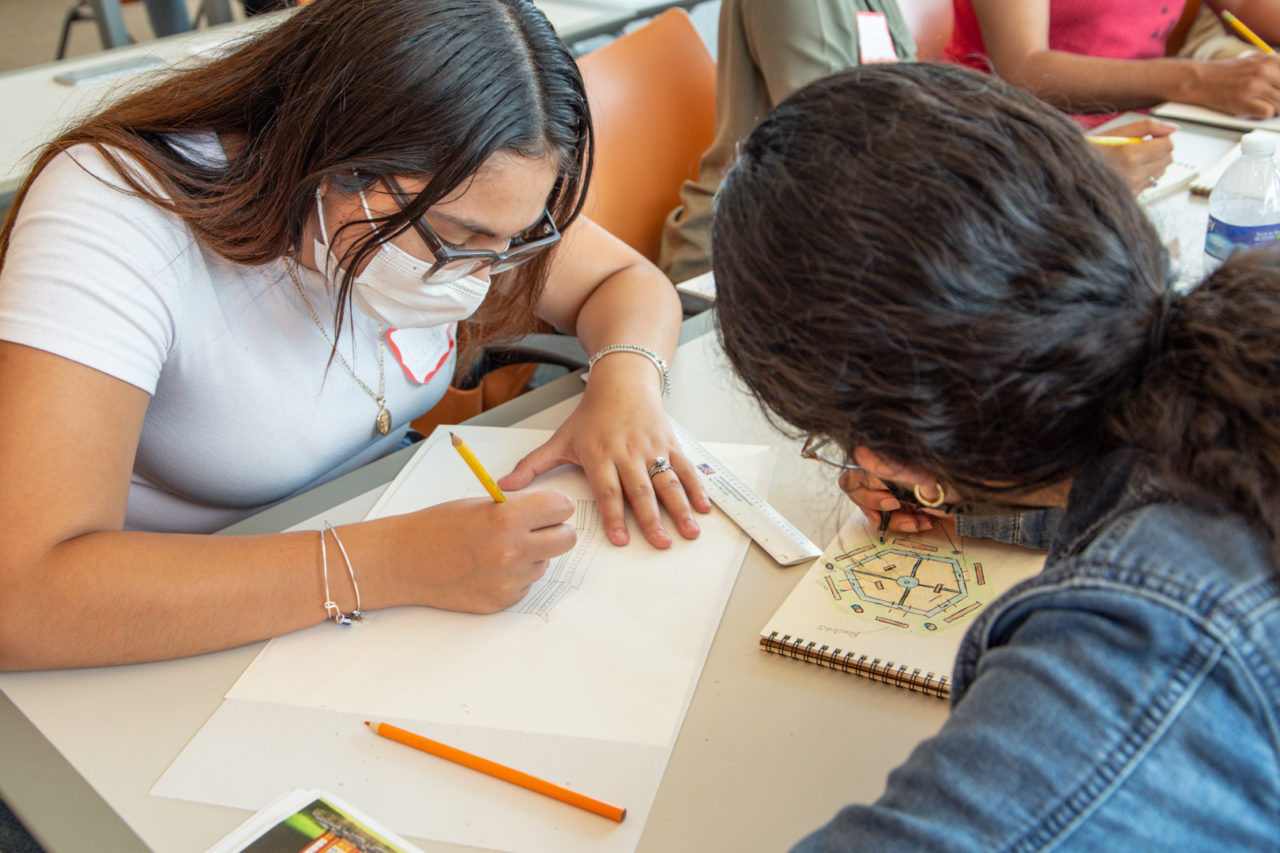 A student drawing in Millennium Park

Students working on their design projects

The afternoon turned to the architecture and plan of Chicago of the 20th century, and how while architecture and planning can be a force for good, it can in equal turn serve to deepen issues of inequality. Students investigated specific issues connected with Chicago, including redlining, highways as tools of racism, and the Chicago Housing Authority and reported back their findings to their classmates along with potential solutions to their issues that they brainstormed as a group, prompting an impactful discussion on the importance of solutions that focus on repairing the harm done to Chicago’s communities of color through urban planning.

With their minds turned towards how to improve Chicago for the future, the students enthusiastically stepped into the shoes of architects, splitting into groups to design their own pavilions to be added to Grant Park. After an hour of intense collaborative work, the students presented their elevator pitches, drawings, and plans to a group of professionals, including architects Scott Fortman and Joan Craig, and Driehaus Foundation Executive Director Anne Lazar. The student’s work was met with warm feedback, as befit their thoughtful, personally resonant, and impressive work. The program was a wonderful experience for all, and is hopefully only the beginning of The Grand Tour in Chicago!

Thanks to Kane Brothers, Inc. Landscape Design for their generous sponsorship of The Grand Tour Chicago.