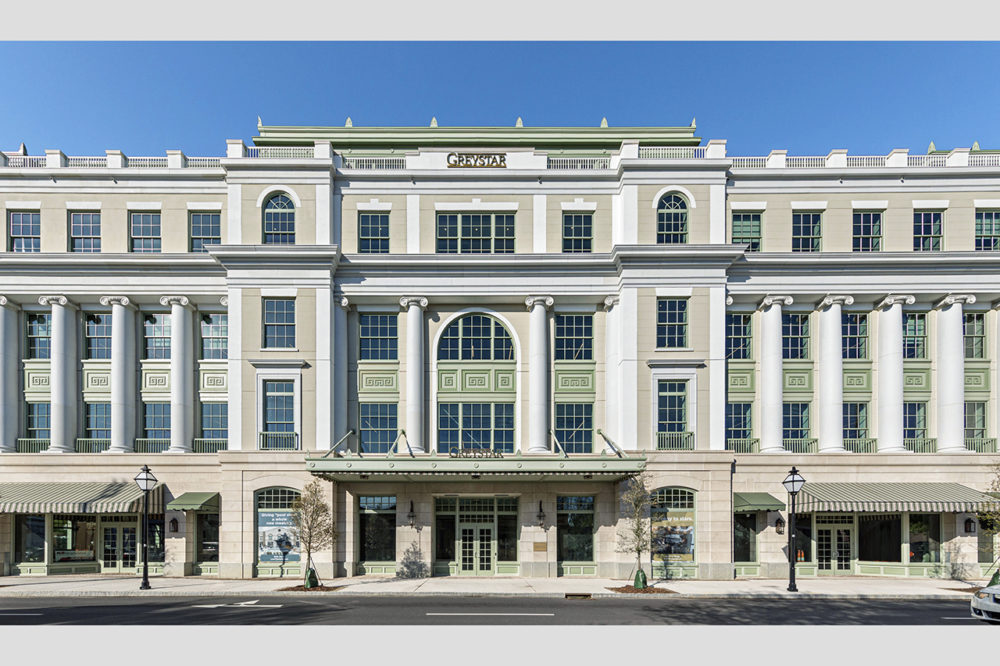 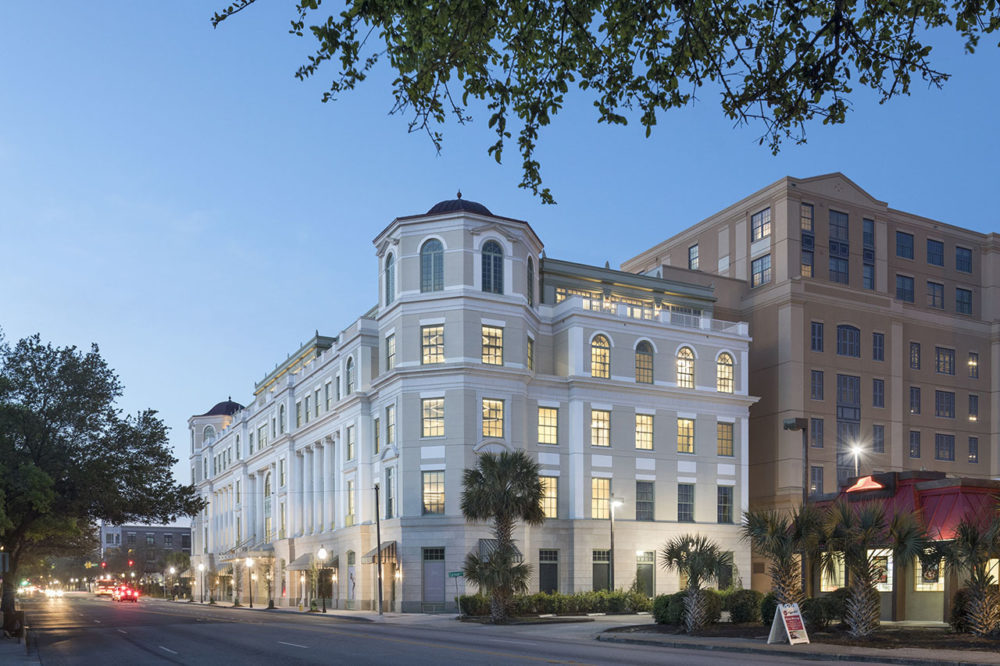 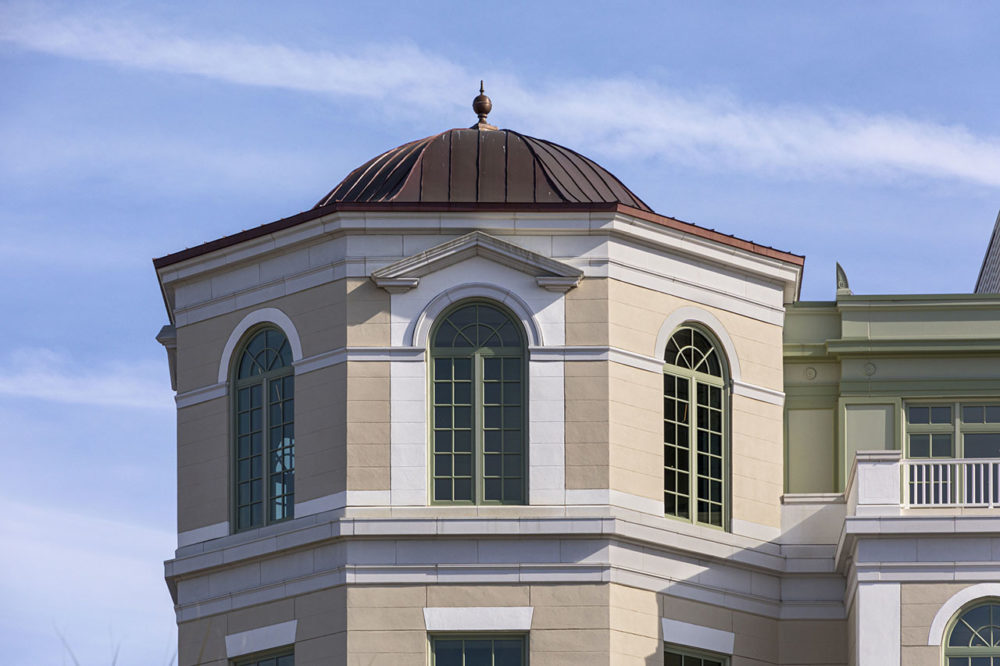 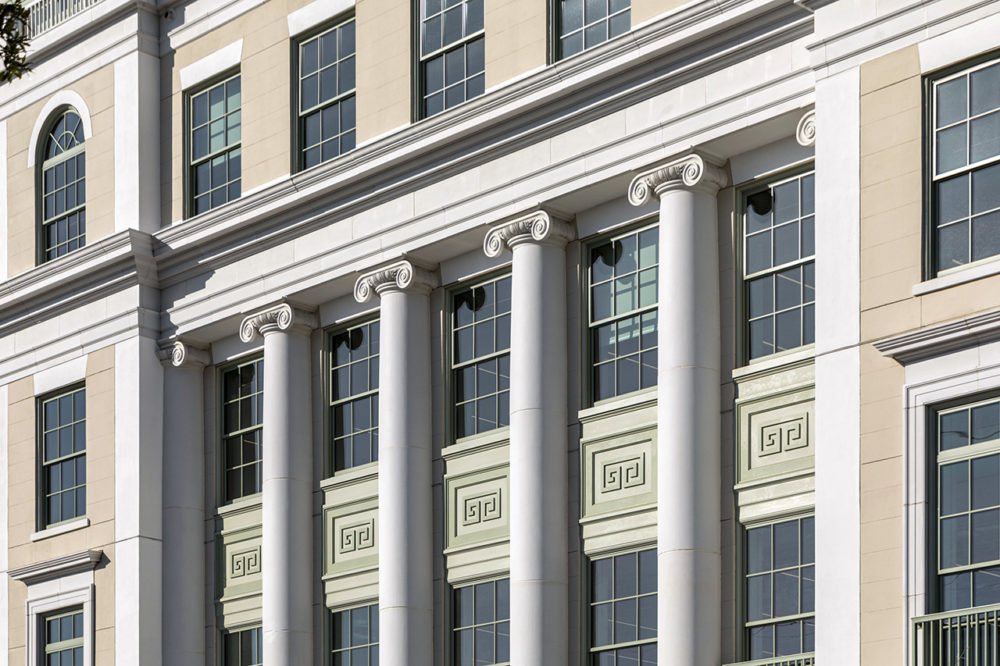 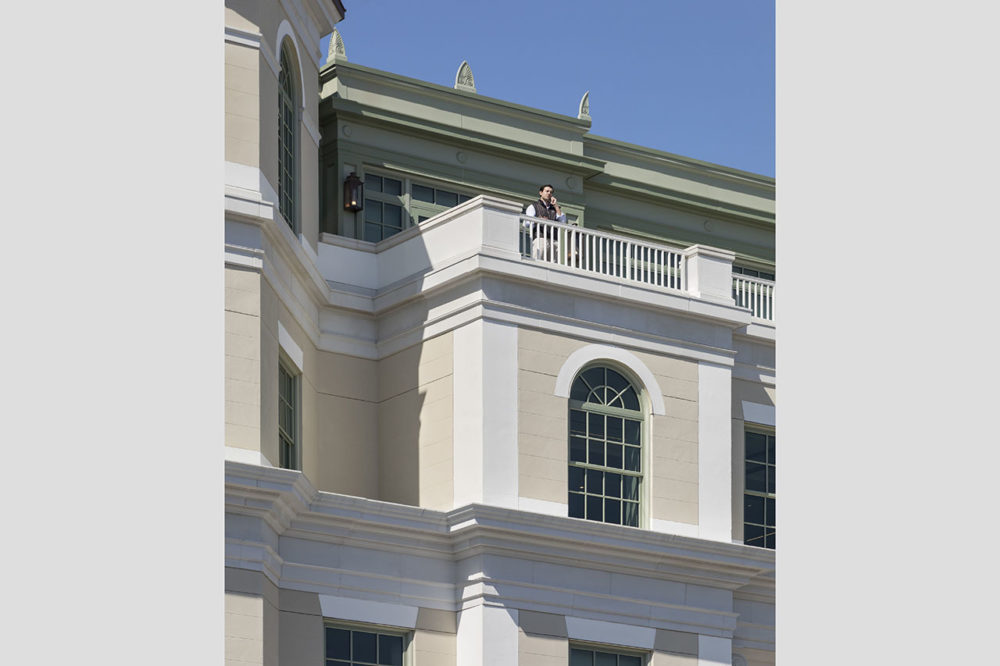 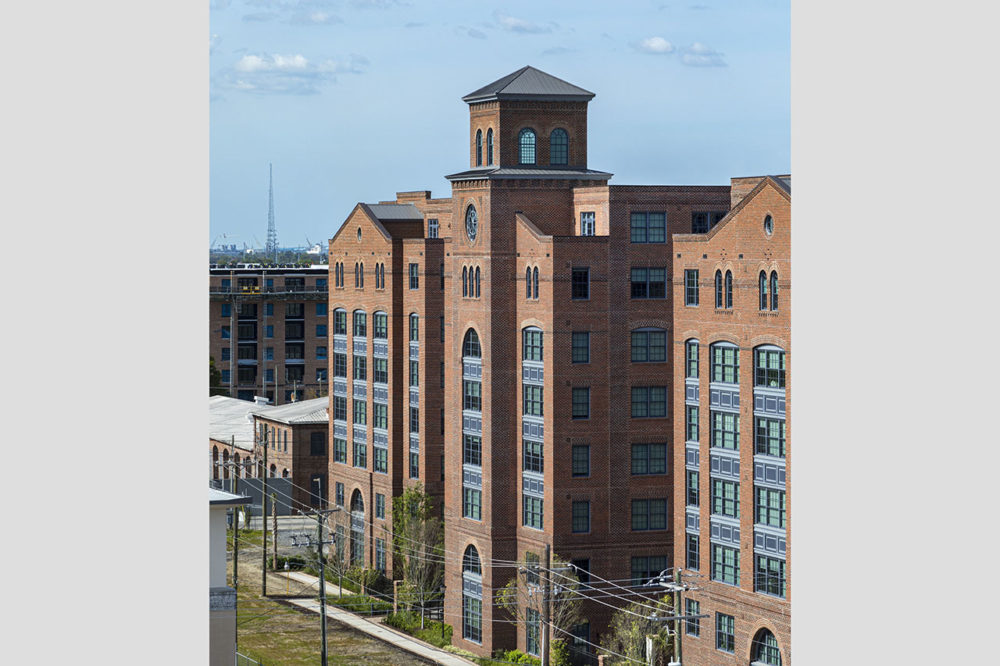 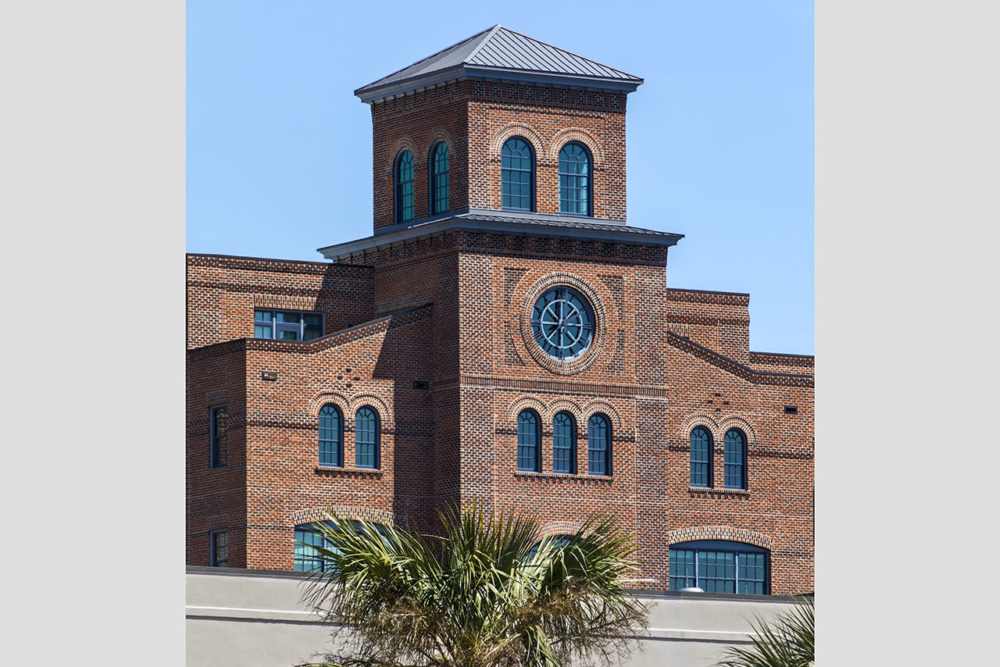 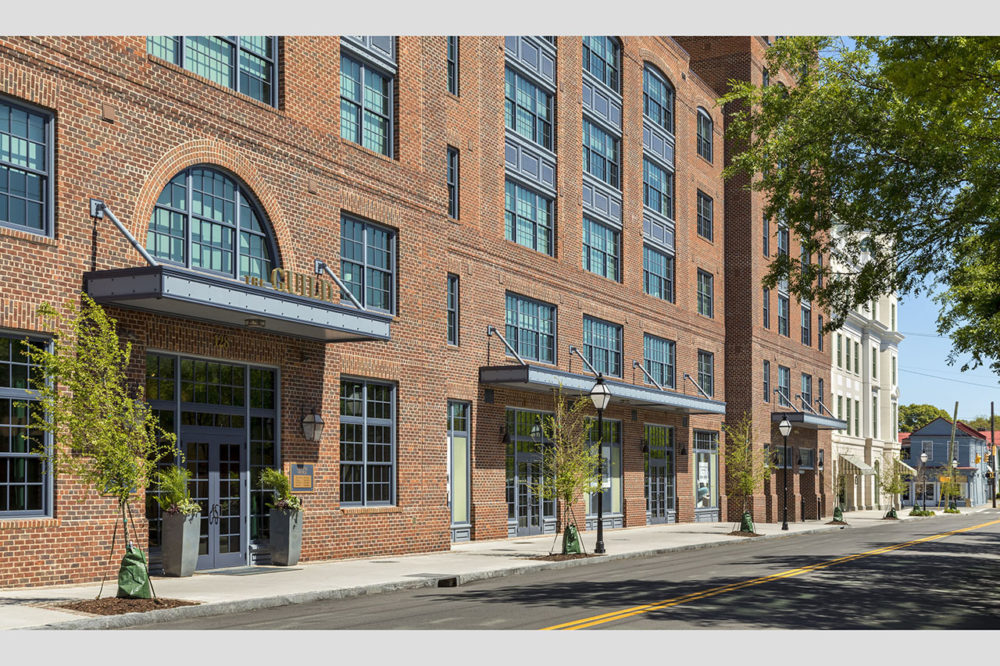 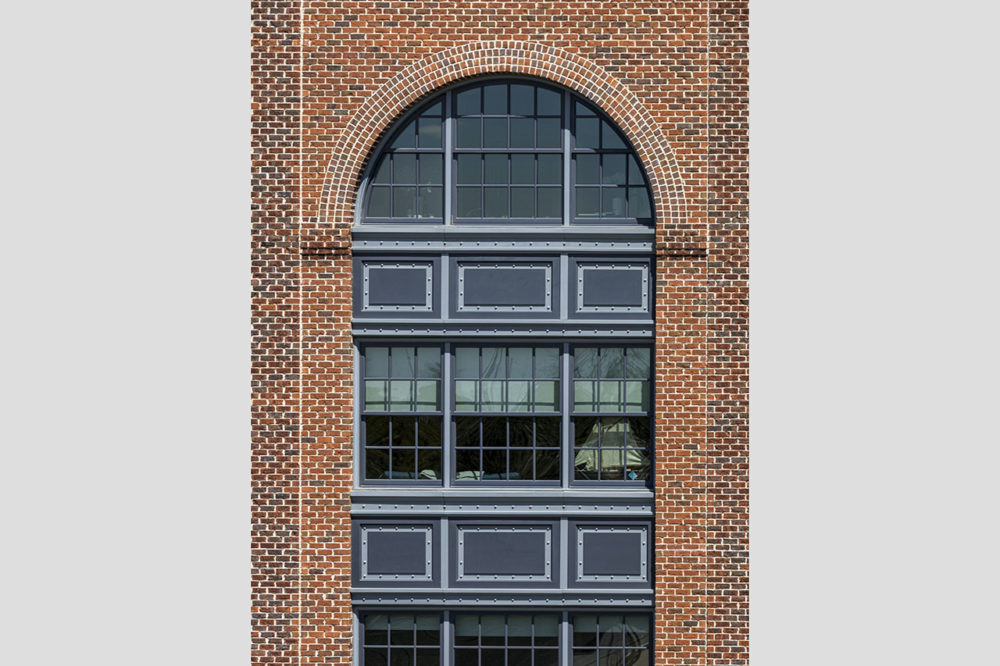 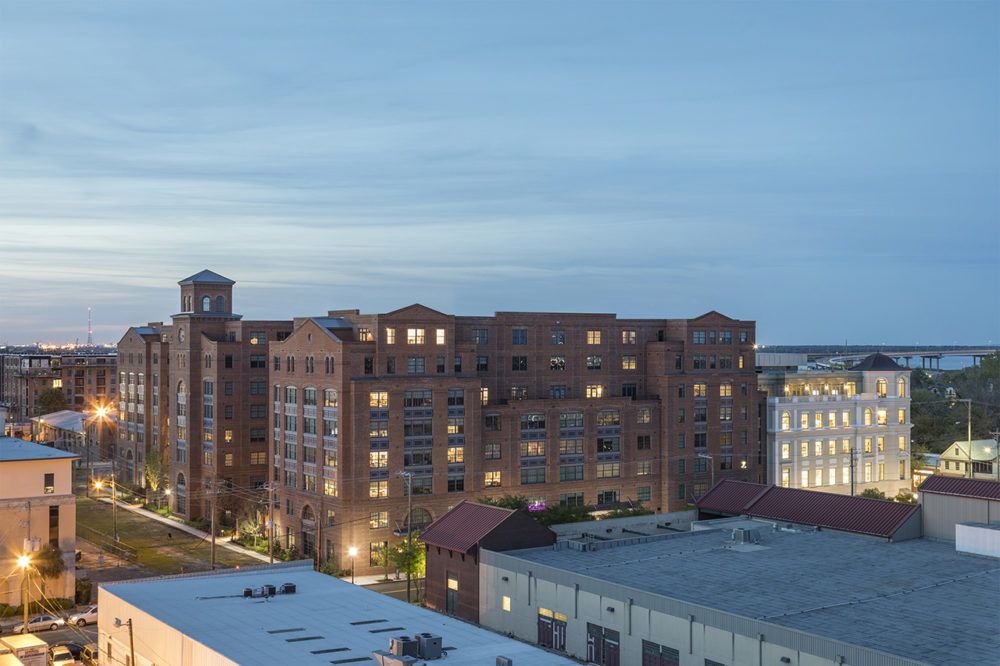 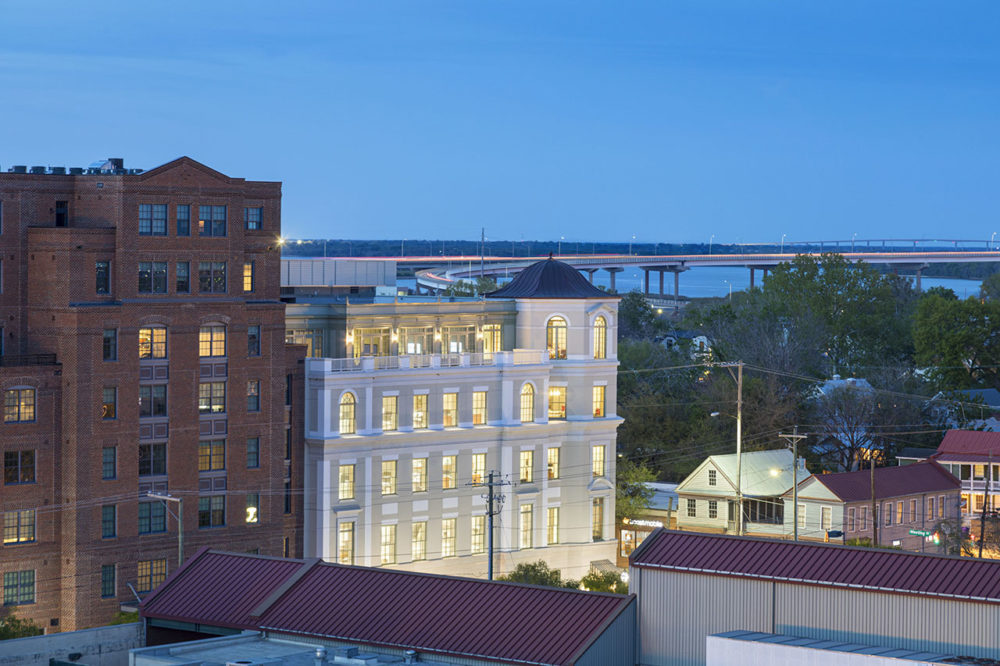 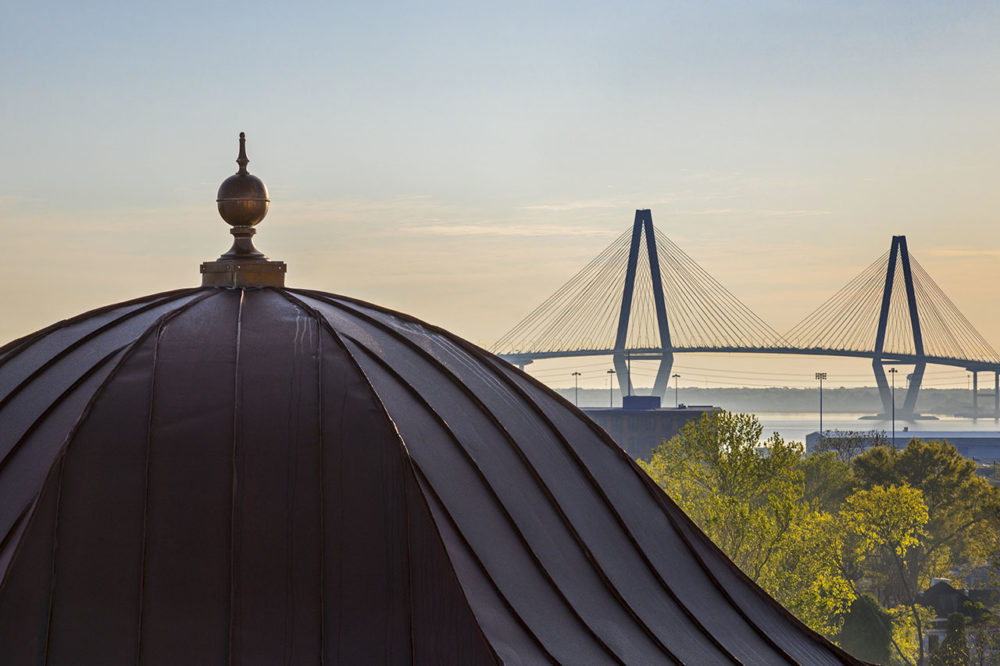 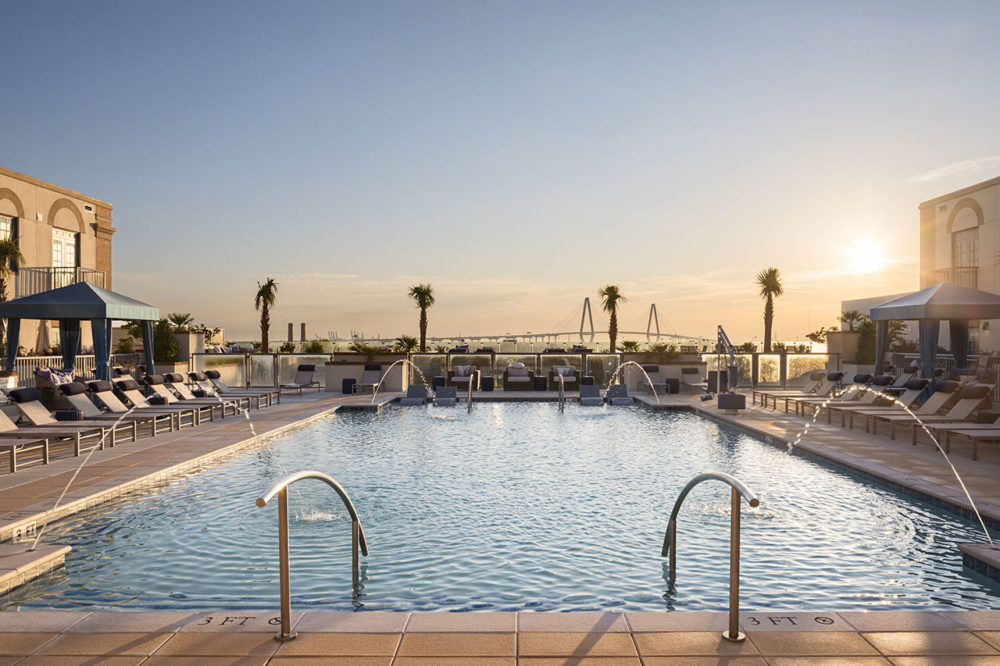 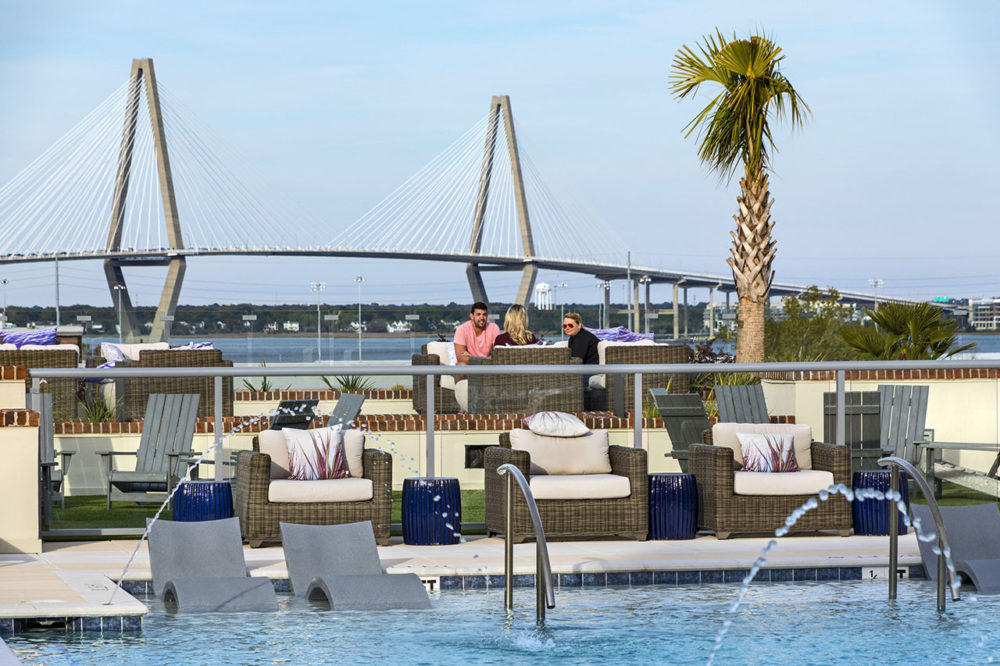 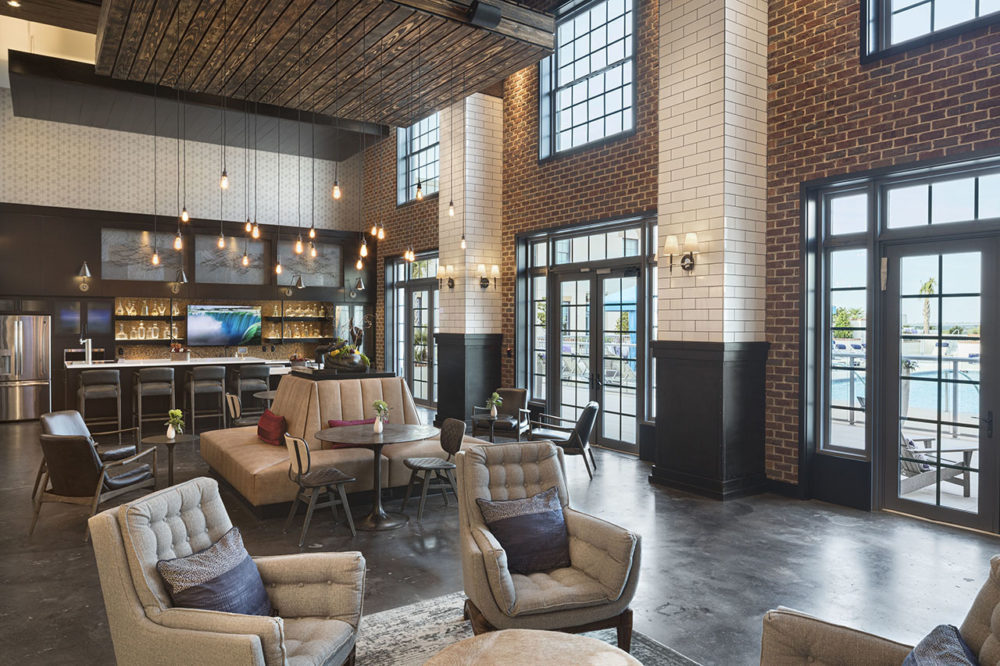 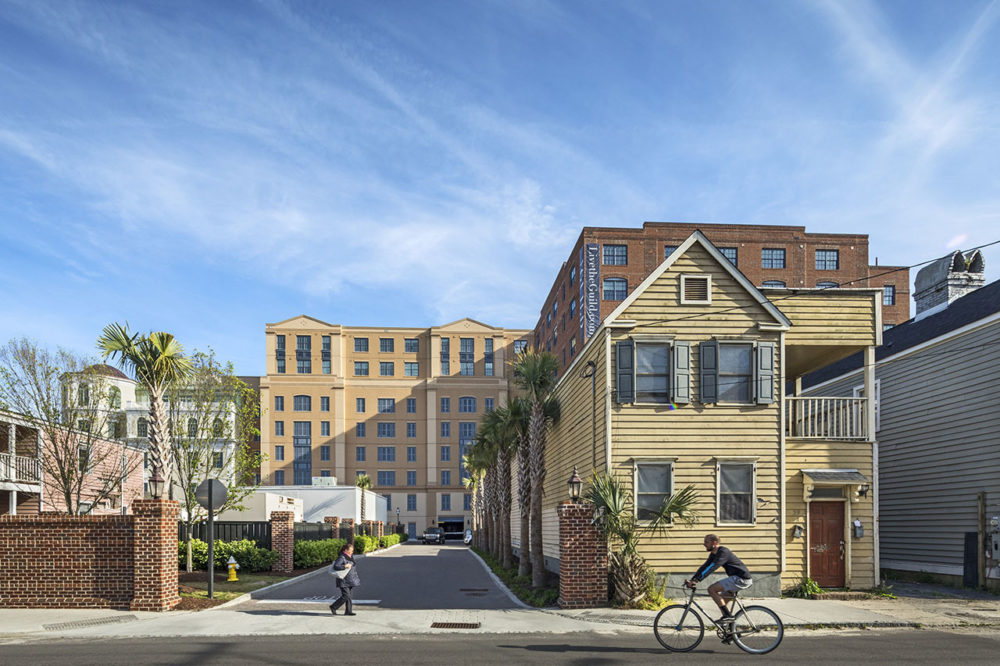 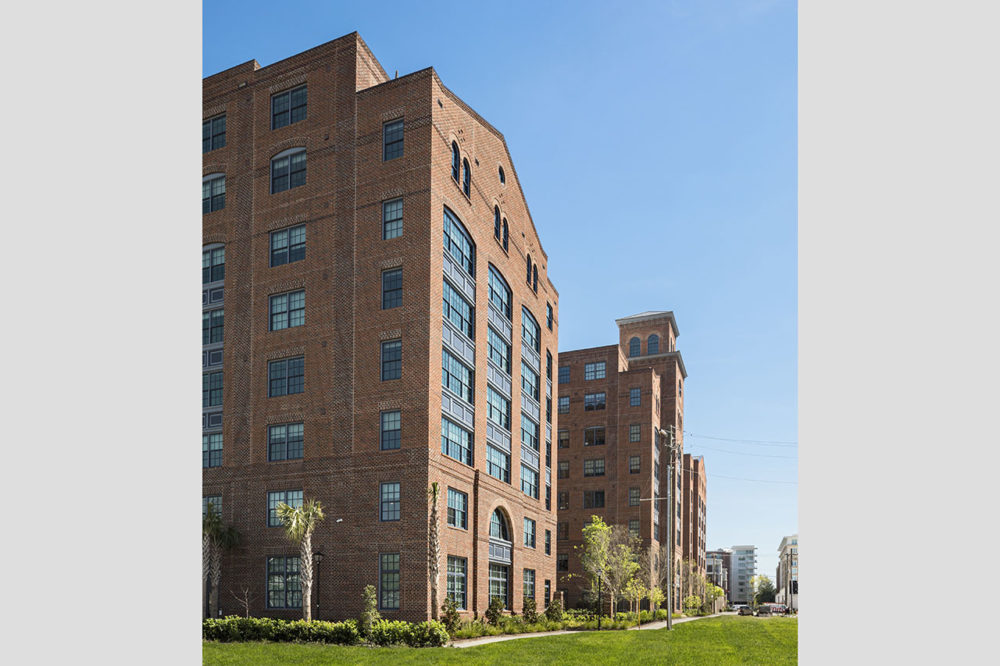 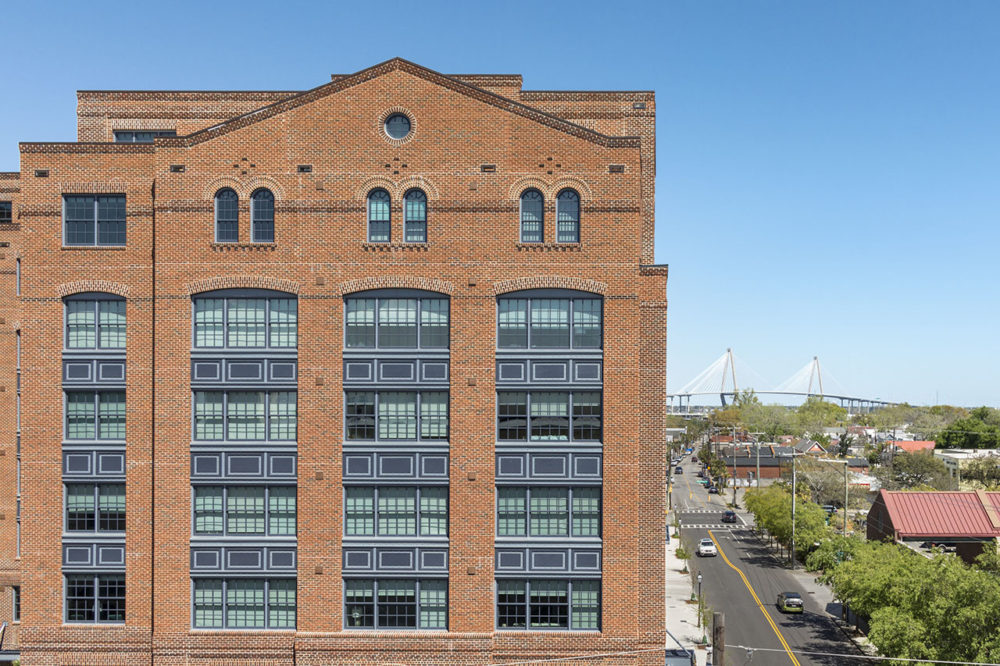 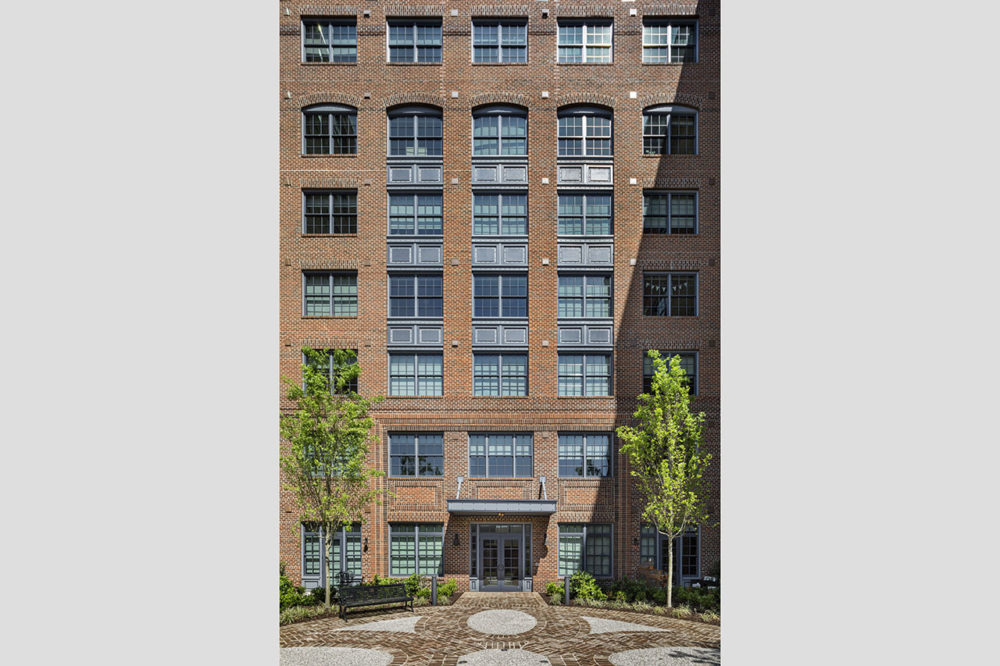 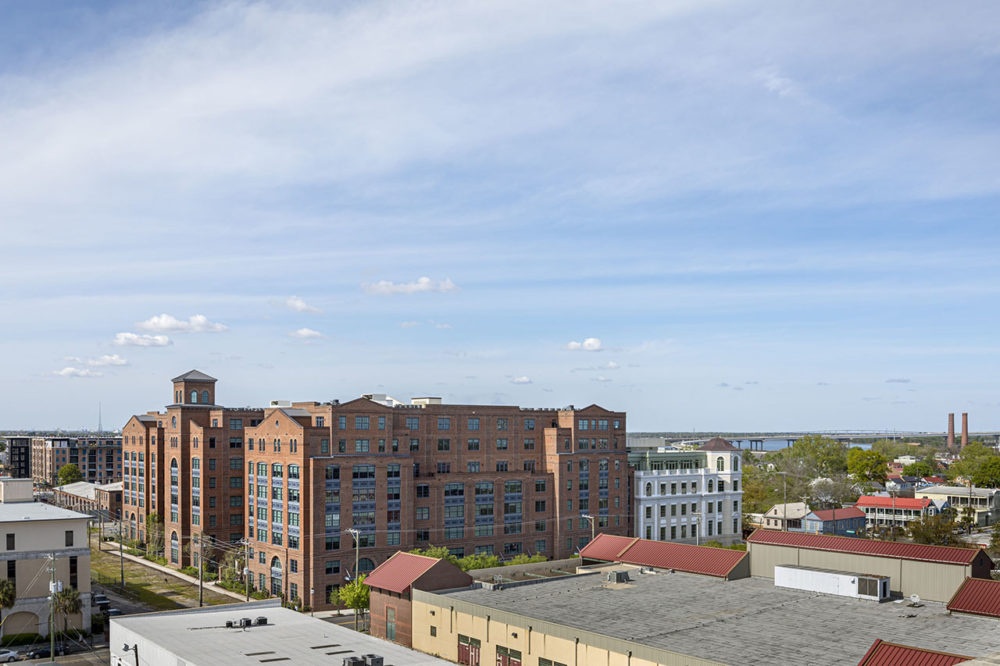 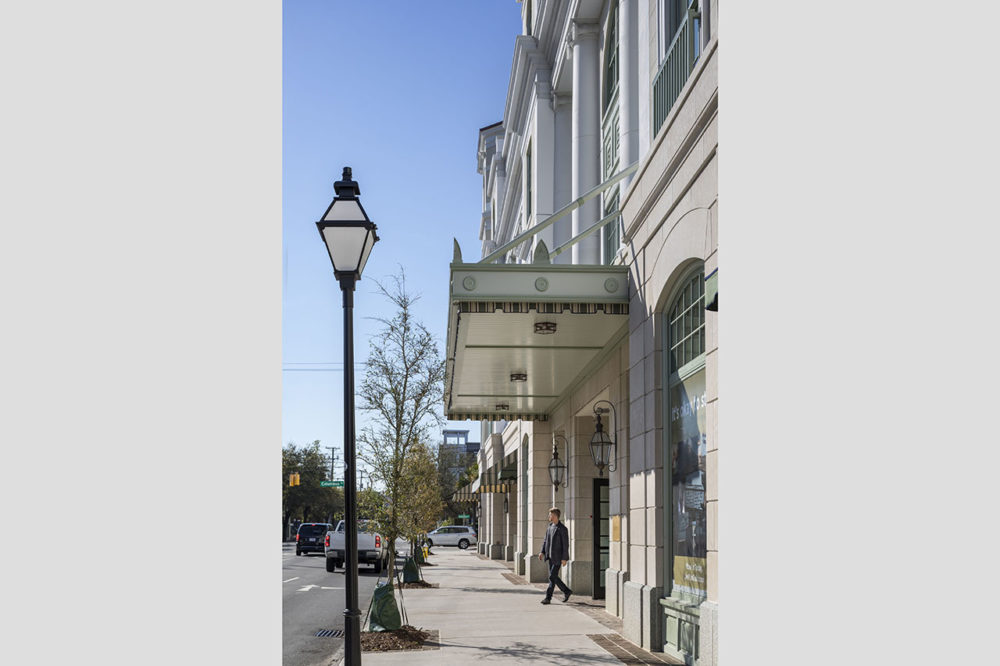 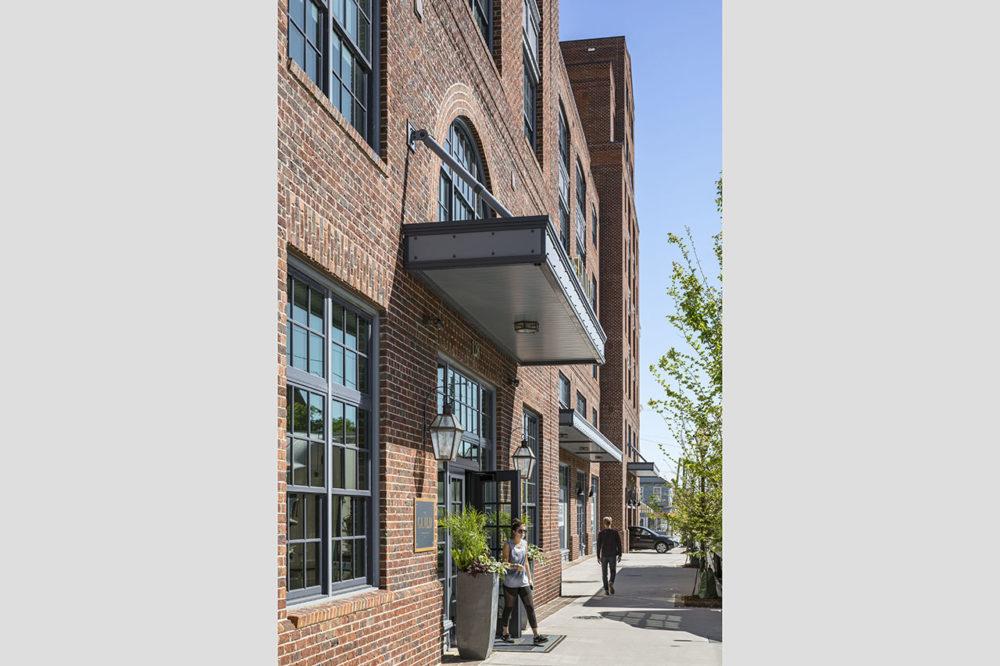 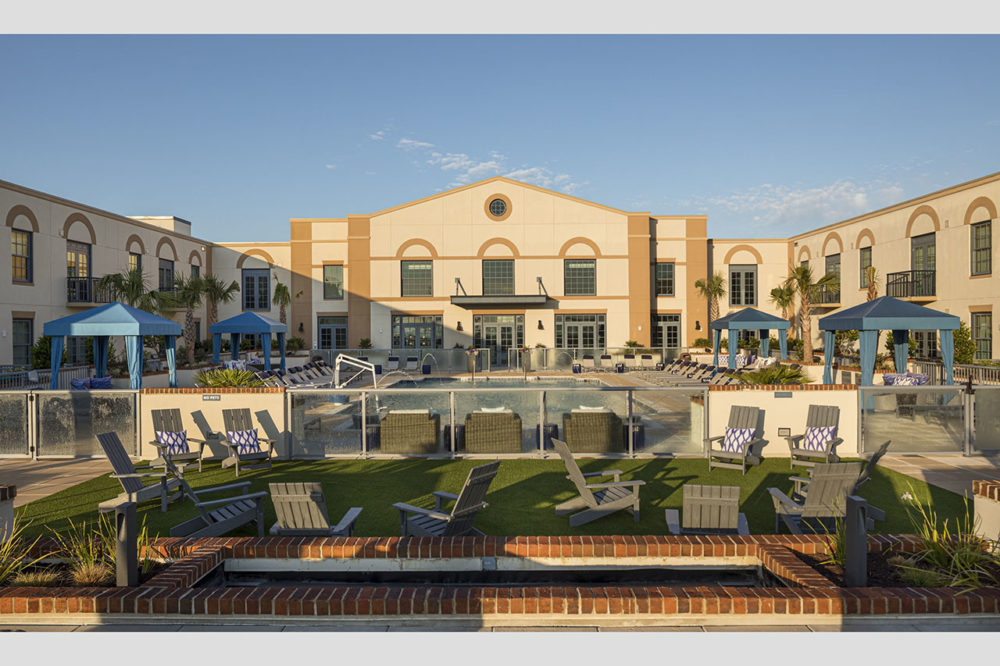 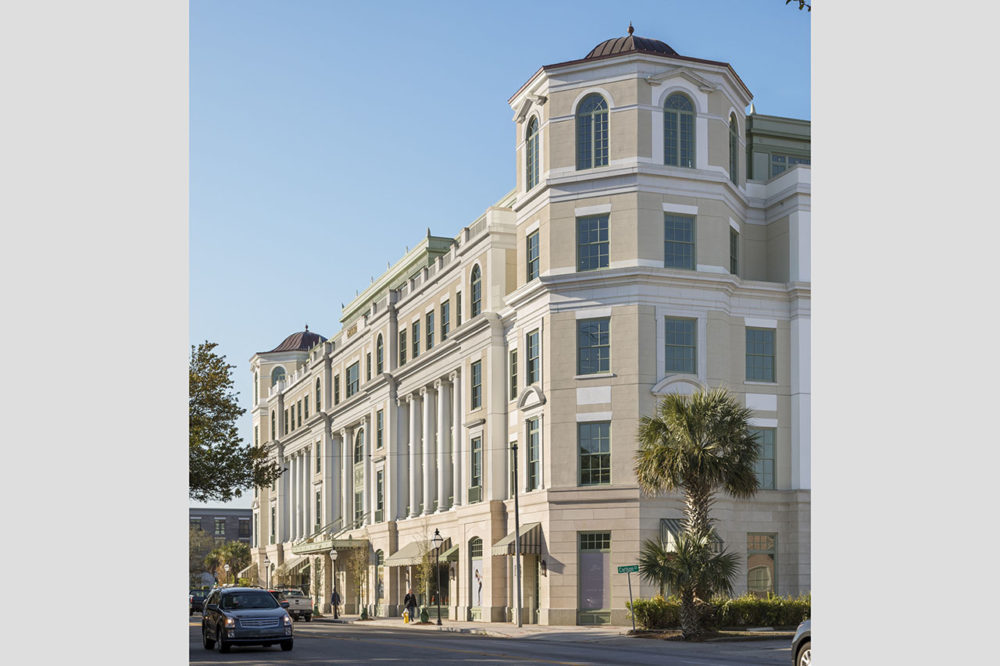 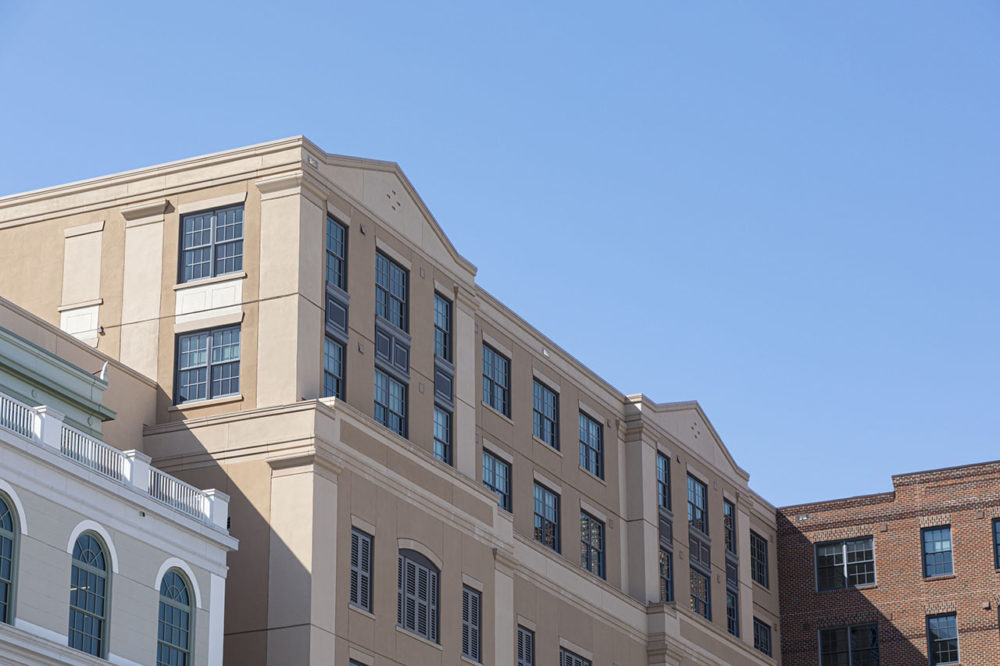 This article was originally featured in Traditional Building and is reprinted with permission. You can find the original publication here.

One morning in Charleston, South Carolina, Gary L. Brewer was looking up at the Ionic columns that had just been installed on his new five-story Greek Revival building on Meeting Street when a bicyclist stopped beside him. The cyclist and the architect struck up a conversation about the building in front of them. Brewer hadn’t identified himself; the cyclist could have been talking to any random stranger. In fact, she was talking to the lead architect behind this new, consequential addition to the bustling city. “It’s great,” the cyclist said. “This is what Charleston’s future could be.”

“There’s an ongoing debate in the community: what should new buildings look like?” says Brewer, the Partner at Robert A.M. Stern Architects who led the design. “Should they be in the character of traditional buildings in Charleston? Should they be more modern? Or something in between? From our perspective, which you can hopefully see in the design of Courier Square, there’s room both to add to historic Charleston’s architectural character, and also to be inventive at the same time.”

Bordered by the Cooper and Ashley Rivers, Charleston’s past as a coastal hub for shipping and trade—including a lamentable role in the slave trade—made it a city of opulence, reflected in the city’s refined, modestly-scaled architecture that manifests in everything from Greek Revival to Federal to Queen Anne. In the 1920s, architects who built large-footprint projects in southern cities like Atlanta and Charlotte bypassed Charleston, and when urban America began demolishing historic buildings in the name of redevelopment in the 1960s and 70s, a lack of funds as well as interest spared Charleston’s signature architecture. (“From an architectural perspective,” Brewer says, “Charleston is one of those cities that was rich at the right time, and poor at the right time.”) Now, while earning wide renown for top-tier restaurants and a thriving arts scene, the city is in the midst of a long-running population boom.

In recent years, Robert A.M. Stern Architects has completed several projects in the region; Brewer served as Partner in charge of the Ocean Course and Cougar Point golf clubhouses on nearby Kiawah Island. After building local connections, including a collaborative relationship with Scott Parker of the landscape architecture and urban planning firm DesignWorks, the firm met with Pierre Manigault of Evening Post Industries—the media company that operates The Post and Courier newspaper and owns the property where Courier Square was built—and Greystar. With the area around the property recently redistricted to allow for taller buildings, Brewer says the firm received its marching orders: create a large project that would “represent, stylistically, what Charleston was about.” Working alongside LS3P, the Charleston-based company who devised Courier Square’s master plan, Brewer and his team navigated the architectural review process with municipal and neighborhood-level organizations: the Board of Architectural Review, the Historic Charleston Foundation, the Preservation Society. And while those steps could have produced gripes and headaches, Brewer says, “a lot of people we met had good suggestions about how to make the project better. If you listen, good ideas come from everywhere, so we used that approval process to help make the project better.”

Ultimately, Courier Square comprises three smaller buildings in a single large footprint—Greystar’s headquarters office building, The Guild, and an enclosed parking structure facing Line Street—to harmonize with Charleston’s more diminutive historic buildings. In conceiving the office building, Brewer borrowed Classical elements from government and public buildings in the historic district around Meeting and Broad Streets. “We were, in a way, carrying the character of the historic district up to the more northern side to help plant a flag,” Brewer says. The cupolaed towers on the corners are picturesque icons. Sixteen 21-foot-high Ionic columns and clean, symmetrical detailing play off the rusticated stone that greets pedestrians walking by the street-level shops, while a metal-paneled penthouse on the uppermost floor looks out over the Cooper River.

Meanwhile, The Guild seizes on the industrial character of late 19th- and early 20th-century Charleston for its red-brick detailing, large windows, and 220 high-ceilinged, loft-style apartments overlooking a historic train line to the west. The most impressive feature is the tower, rising 120 feet from the greenway down below, with a clock set into the living room of one of the units. A rooftop over the garage is equipped with a pool and lounge areas, looking east toward the blue beyond.
With other projects afoot elsewhere in the city, Courier Square is only the beginning of Robert A.M. Stern Architects’ work in Charleston. Ultimately, Brewer says, the extra time, money, and effort devoted to adapting Charleston’s historic character has helped developers break records for rental rates. “To convince a developer and a client to build something nicer from an architectural perspective, you have to translate it into the language they speak: what’s the return going to be? And this building really helps to set an example.”

And as much as Courier Square looked to the past, the future—that subject conjured by the cyclist talking with Brewer on the street—was never a faraway thought. “The construction manager from Greystar told me that this was a legacy project,” Brewer adds. “And for all involved—from the highest levels of management at Greystar, all the way to the artisans, the people who made the windows and the bricks—this was a legacy project for everyone.”