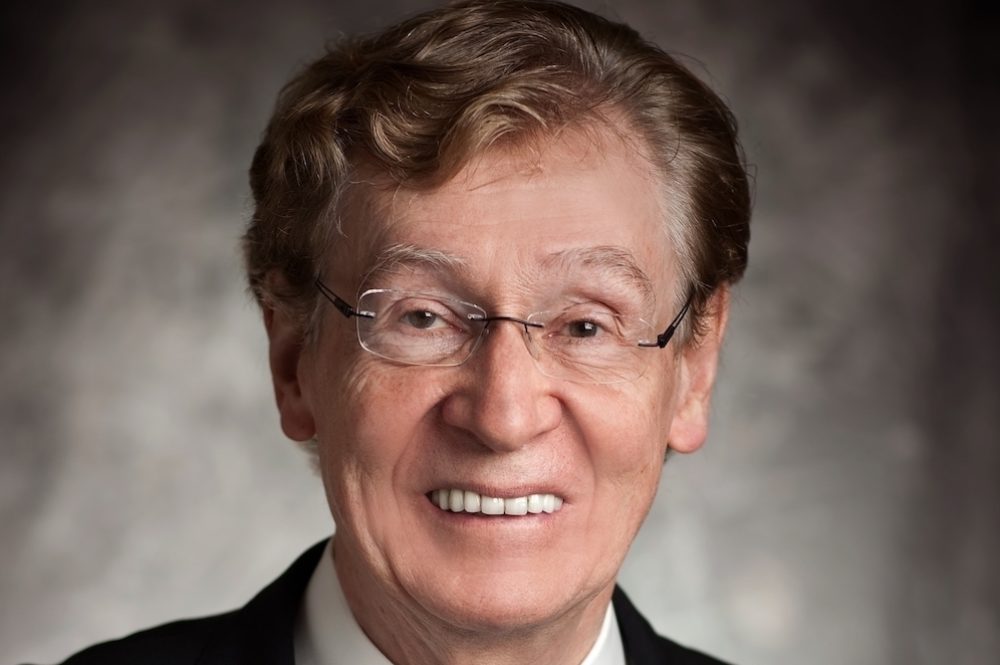 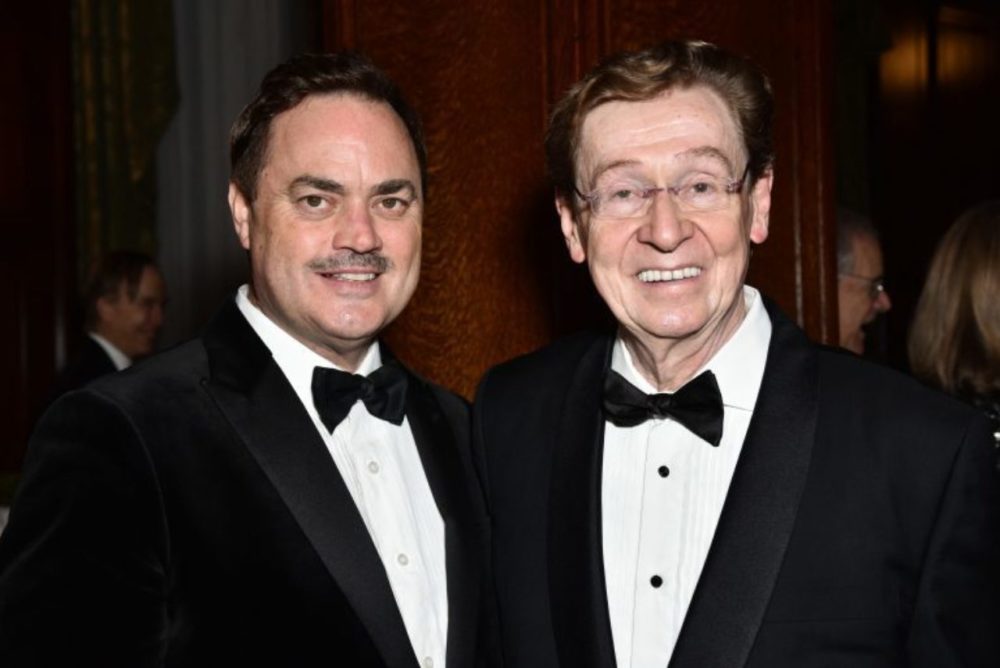 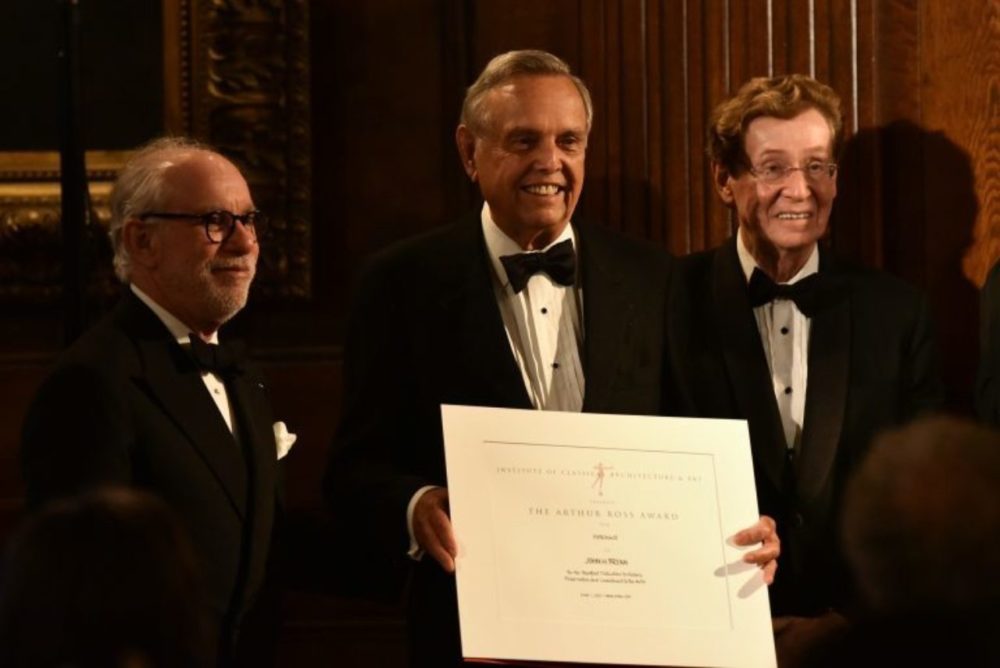 In Memory of Richard Driehaus

On March 9th, 2021, the worlds of architecture, design, and philanthropy lost a visionary champion of classical architecture and traditional placemaking, Richard Driehaus. Mr. Driehaus, through his steadfast support of the Driehaus Foundation, Richard H. Driehaus Prize at the University of Notre Dame, and the Institute of Classical Architecture & Art (ICAA), devoted himself to advancing classical architecture and preserving the continuity of the timeless principles that inform the creation of enriching, dignified, and beautiful places. As an ICAA Board Member, his special commitment to the fostering of young talent was reflected in his advocacy for the Summer Studio in Classical Architecture program and the creation of the Driehaus Scholars Program at the Summer Studio, which granted students scholarships to the life-changing curricula, through a donation from the Richard H. Driehaus Charitable Lead Trust.

As a recipient of the Driehaus scholarship, I had the opportunity to explore a part of architecture and the world that I had thought was otherwise unattainable. It was through Mr. Driehaus’s dedication and goodwill that I, and many others, have been able to experience the opportunity of a lifetime in coordination with the Institute of Classical Art & Architecture.

The measure of Mr. Driehaus’s impact is immense. ICAA Chairman Russell Windham remarked on the legacy that he left: “Mr. Driehaus‘s leadership truly gave the ICAA the resources to build an Education program that could meaningfully impact so many college students across the country. It was his commitment that has allowed our educational programs to make a difference on an entirely new scale.” ICAA President Peter Lyden offered his own reminiscence of Mr. Driehaus: “He was an ardent champion of classical architecture, preservation, and placemaking, and his dedication to the values that he cherished knew no bounds. From the Driehaus Prize to the beautifully restored Driehaus Museum to his special enthusiasm for supporting the careers of young and emerging professionals, all who value the classical language, the preservation of special places, and the nurturing of future talent owe an enormous debt to Richard’s vision, passion, and humanity."

"Many Hampton University students like me would never have been able to participate in the Summer Studio, but got the chance to do so thanks to the Richard H. Driehaus Charitable Lead Trust, and for that I am forever grateful. Without the help from Mr. Driehaus’s organization I wouldn’t have been able to establish such a strong relationship with the ICAA, which has allowed me to not only learn more about classical architecture, but to educate as well."

The Driehaus Foundation released a reflection on Mr. Driehaus’s legacy and the impact that he created: “Richard was a visionary who approached life with a spirit of kindness and generosity and his smile and sense of humor lit up a room. His intellectual curiosity and enthusiasm never waned throughout his life and he recognized the power of philanthropy to inspire and make a difference."

The Foundation shared Mr. Driehaus's words, which described his approach to his charitable giving. "Philanthropy, in a sense, is a form of inquiry and a way of learning about the world. Like investing, it requires strategic thinking, judgment for innovation, and tolerance of risk."

"Richard was a dear friend, my professional mentor, and a lifelong philanthropist," added Executive Director of the Driehaus Foundation and ICAA Board Member Anne Lazar. Her memories of Mr. Driehaus are born of a deep familiarity with Richard Driehaus and the passions that drove him. "He spent decades making an impact in Chicago and his legacy will live on through his foundation. He was a true gentleman of grace, intelligence, and humility, and it is the Foundation's honor and privilege to continue Richard's legacy of support."

"Richard Driehaus’s values were passed onto me through the Richard H. Driehaus Charitable Lead Trust’s support of the Summer Studio in Classical Architecture, which allowed me to explore Classical architecture and its principles at the ICAA. I am sincerely grateful for that experience because it was a catapult of opportunity for my architectural education and career."

"I'm eternally grateful to Mr. Driehaus' contributions to the ICAA, in particular his involvement in the Driehaus Scholarship. Without it, I wouldn't have been able to enroll in their Summer Studio."

In remarks that Richard Driehaus made on the occasion of the inaugural ceremony for the Award for Emerging Excellence in the Classical Tradition—held in collaboration with the Prince’s Foundation and INTBAU, and appropriately enough an award designed to recognize and honor young and emerging professionals—he had this to say: “Powerful and lasting ideas are not born in a vacuum. Rather, they emerge along a continuum, informed by the work of others: the past is always present in the future. I have likewise come to understand that we do our best and most impactful work as a community, where many voices are heard.”

The ICAA stands by these words, committed to a continuing tradition of architecture and design based on communication, collaboration, and continuity; learning from the wisdom of the ages, embracing the genius of the present day, and confronting the challenges of tomorrow.

"We all owe a great debt to Richard Driehaus, whose incredible generosity has enabled both established and emerging classicists to delve deeper into the language that he so loved. Before I ever learned of the award that bears his name, I was a student who was only able to gain a footing because of his contributions. It is this duality of generosity that makes us all indebted to him, because he not only celebrated those who had reached the pinnacle of their career, but also worked to ensure that the next generation could do the same."

Education for All - Help Make the ICAA's Goal a Reality!

Classicism at Home from the Institute of Classical Architecture & Art, April 6th, 2021

Announcing the National Broadcast of "Design in Mind: Bunny Williams - Not a House but a Home"

Classicism at Home from the Institute of Classical Architecture & Art, March 30th, 2021

Classicism at Home from the Institute of Classical Architecture & Art, March 23rd, 2021

Education for All - Help Make the ICAA's Goal a Reality!

Classicism at Home from the Institute of Classical Architecture & Art, April 6th, 2021

Announcing the National Broadcast of "Design in Mind: Bunny Williams - Not a House but a Home"

Classicism at Home from the Institute of Classical Architecture & Art, March 30th, 2021

Classicism at Home from the Institute of Classical Architecture & Art, March 23rd, 2021