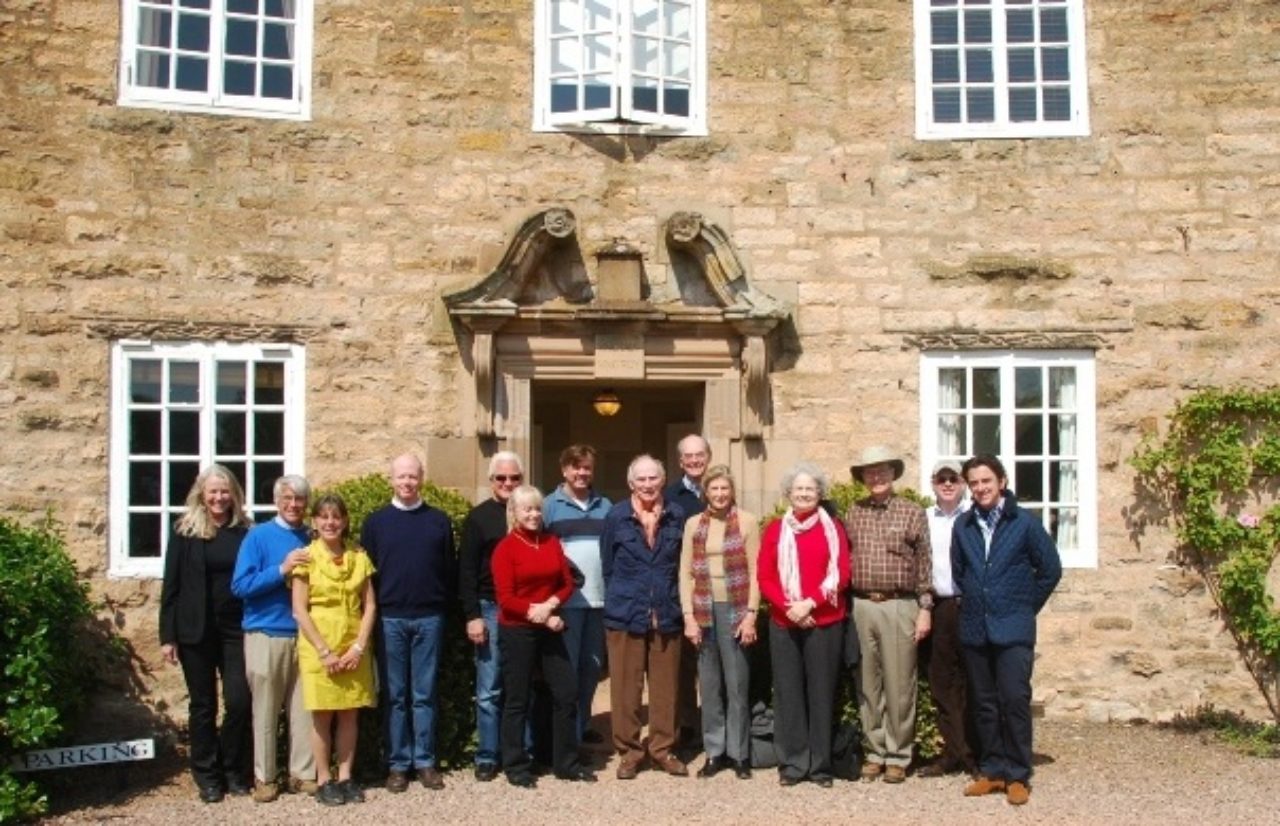 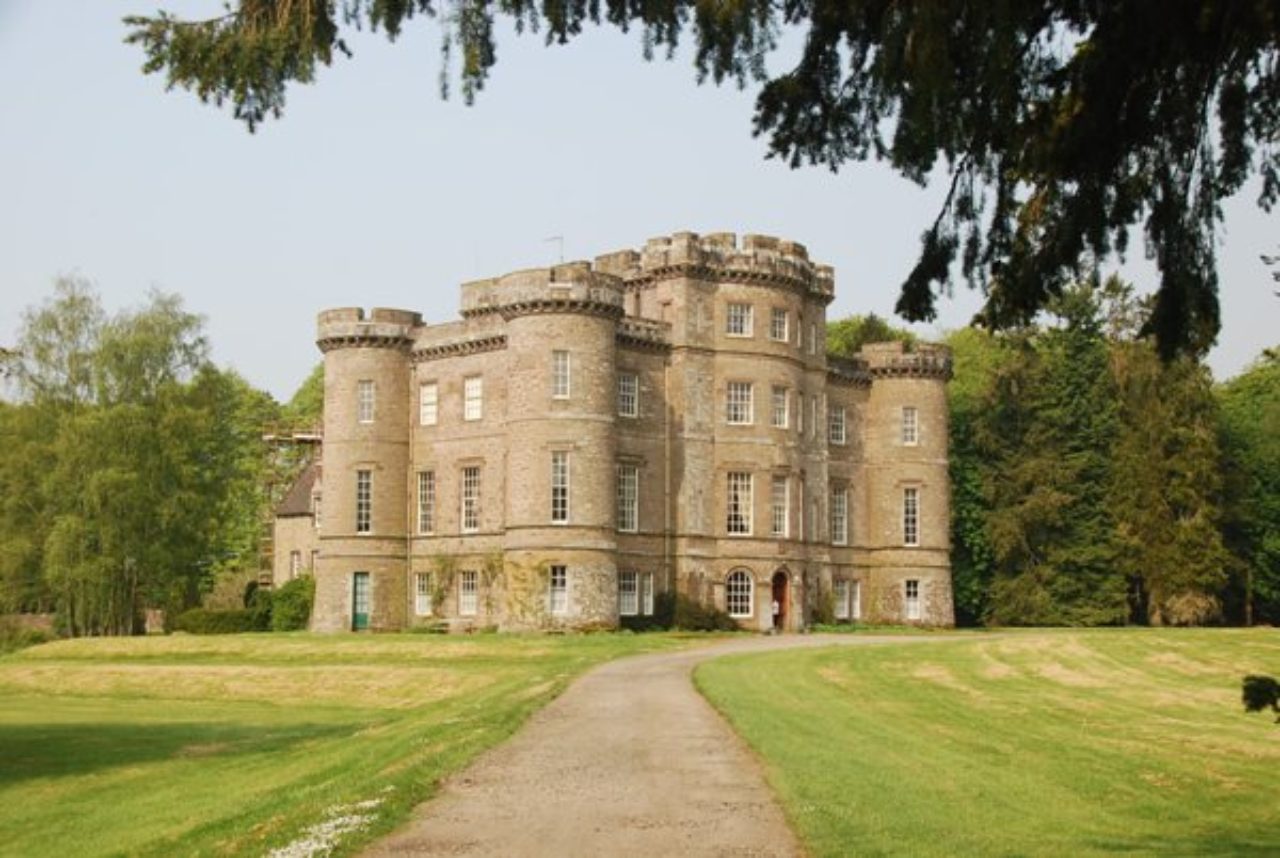 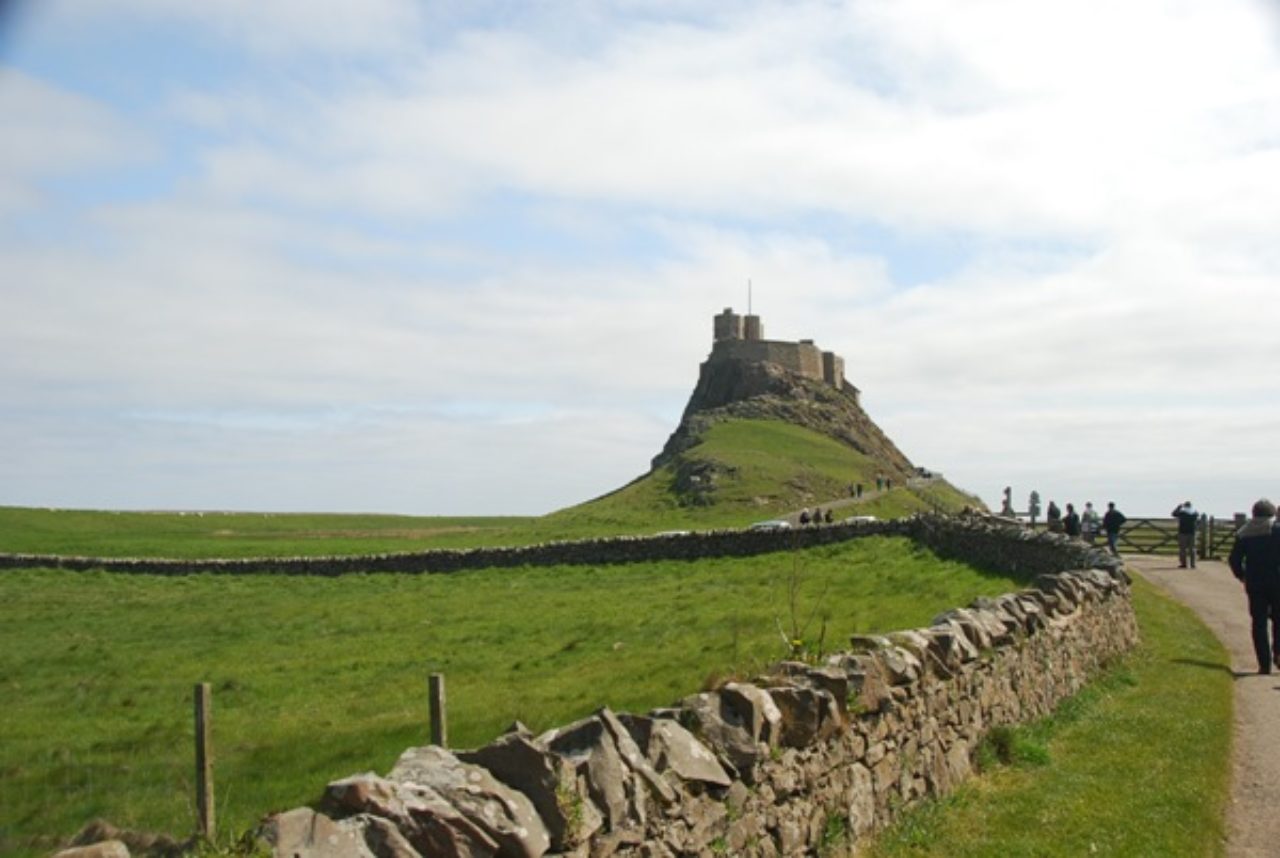 Paul Waite, our remarkable tour leader and trustee of The Lutyens Trust, and Thomas Hayes, director of Classical Excursions, introduced participants to country houses in Northern England and Scotland designed by icon Sir Edwin Lutyens as well as Sir Robert Lorimer, known as “the Lutyens of Scotland.” The work of the latter architect was a revelation in that not only did he design original work (Hill of Tarvit) but also restored and updated the interiors of Scottish Baronial castles with Arts and Crafts as well as classical interiors (Kellie Castle, Ardkinglas Estate, Earlshall Castle, and Monzie Castle). 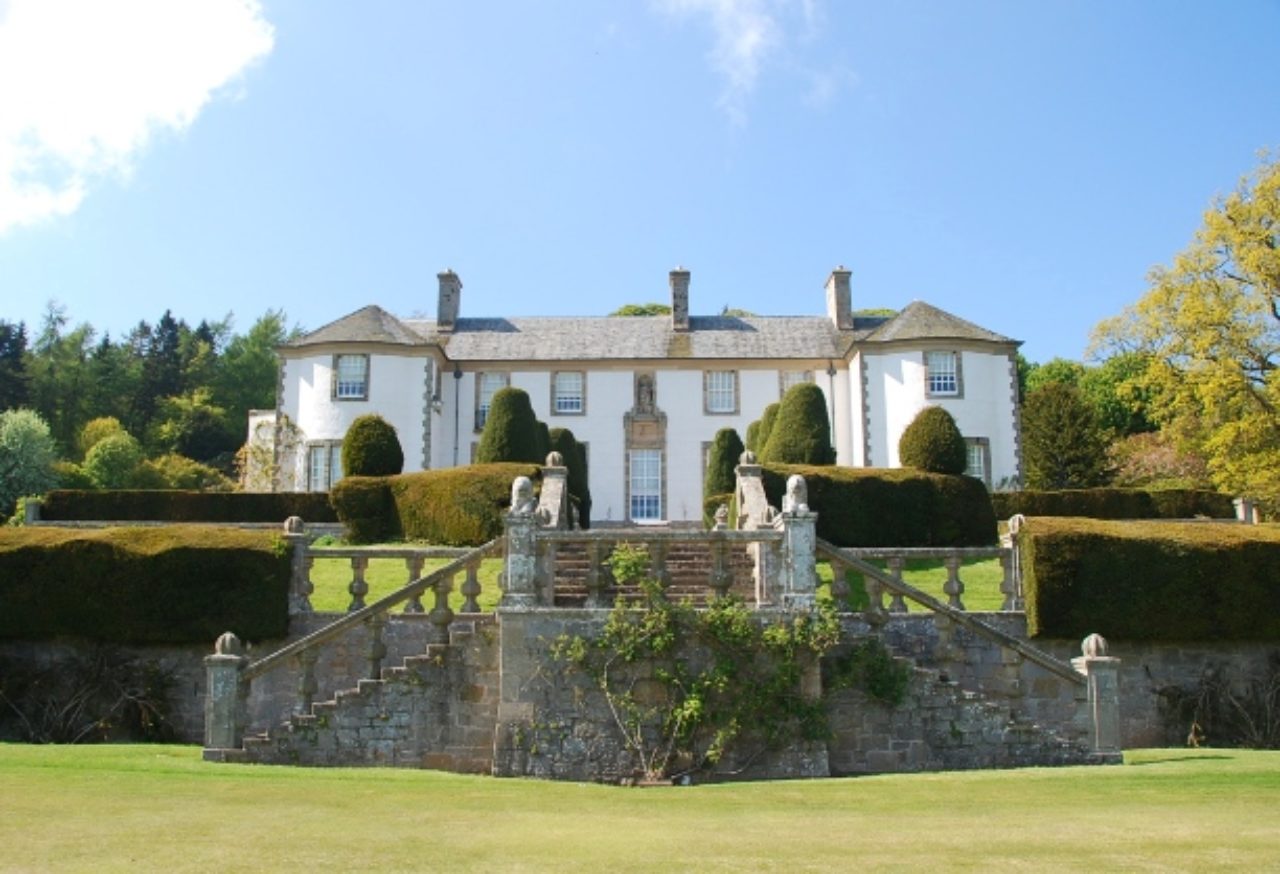 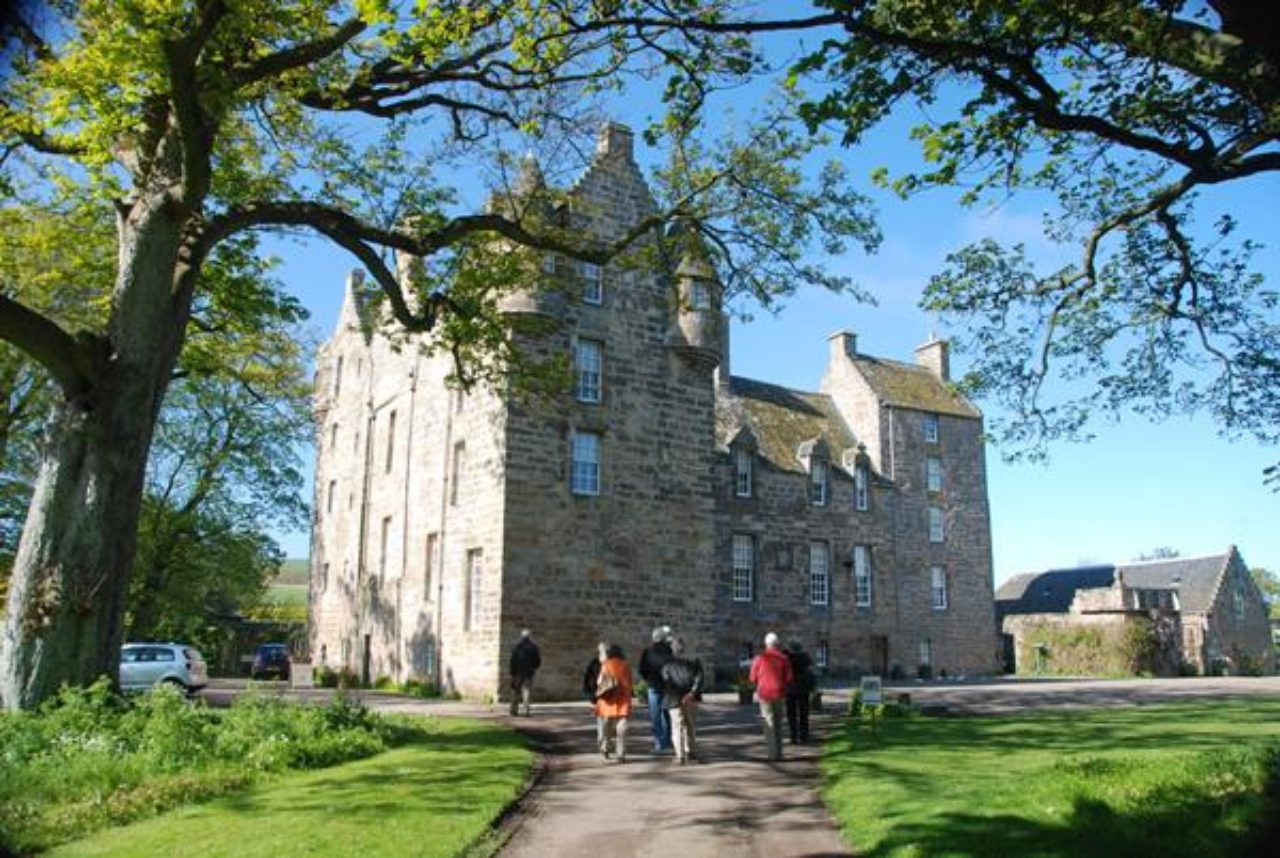 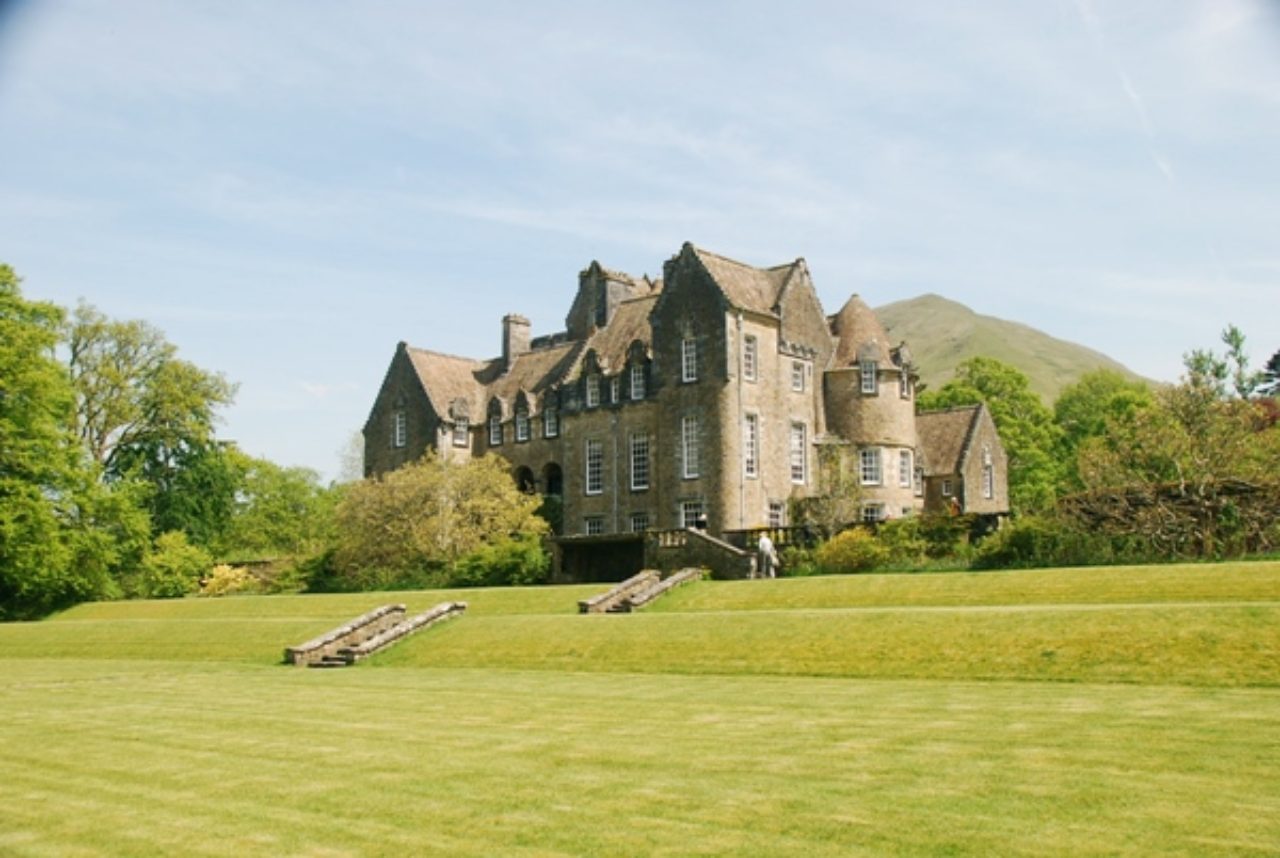 The varied itinerary included fine examples of Lutyens houses such as Overstrand Hall (walls of rough, unsquared flints marked by bands of roofing tiles, window mullions of red brick), The Pleasaunce (two existing houses are masked by unique angled bay windows two or three stories tall), Gledstone Hall (there are similarities to Lutyens’ Viceroy House at New Delhi; the present owner is a painter), Heathcote (high quality design while making it sufficiently akin to neighboring buildings), Lindisfarne Castle on Holy Island (a restored 16th century fort visited between tides of the North Sea), Whalton Manor (an ingenious melding of an odd assortment of residences and a huge favorite), and Grey Walls (exterior walls of rich cream rubble and roofs of grey Dutch pantiles used also for the window lintels; clever siting of the house). 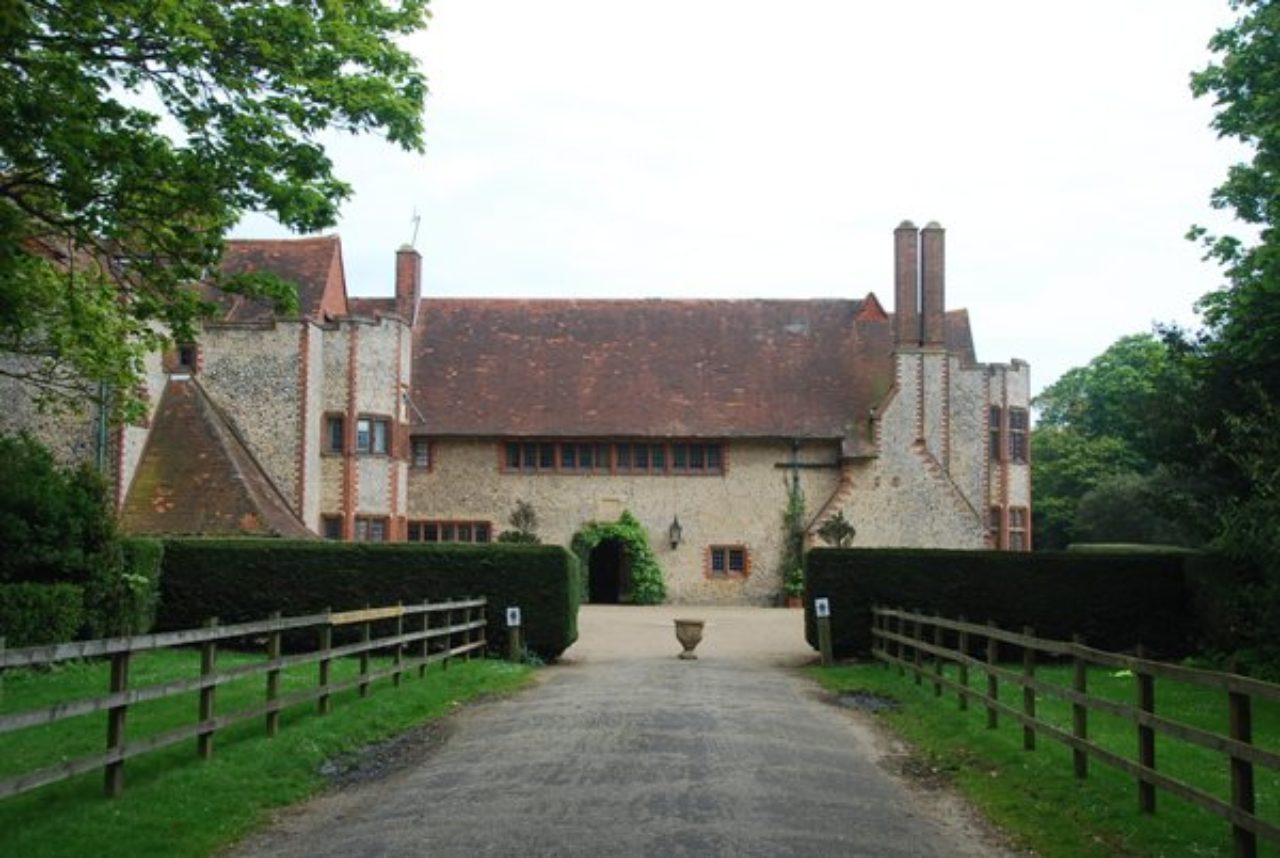 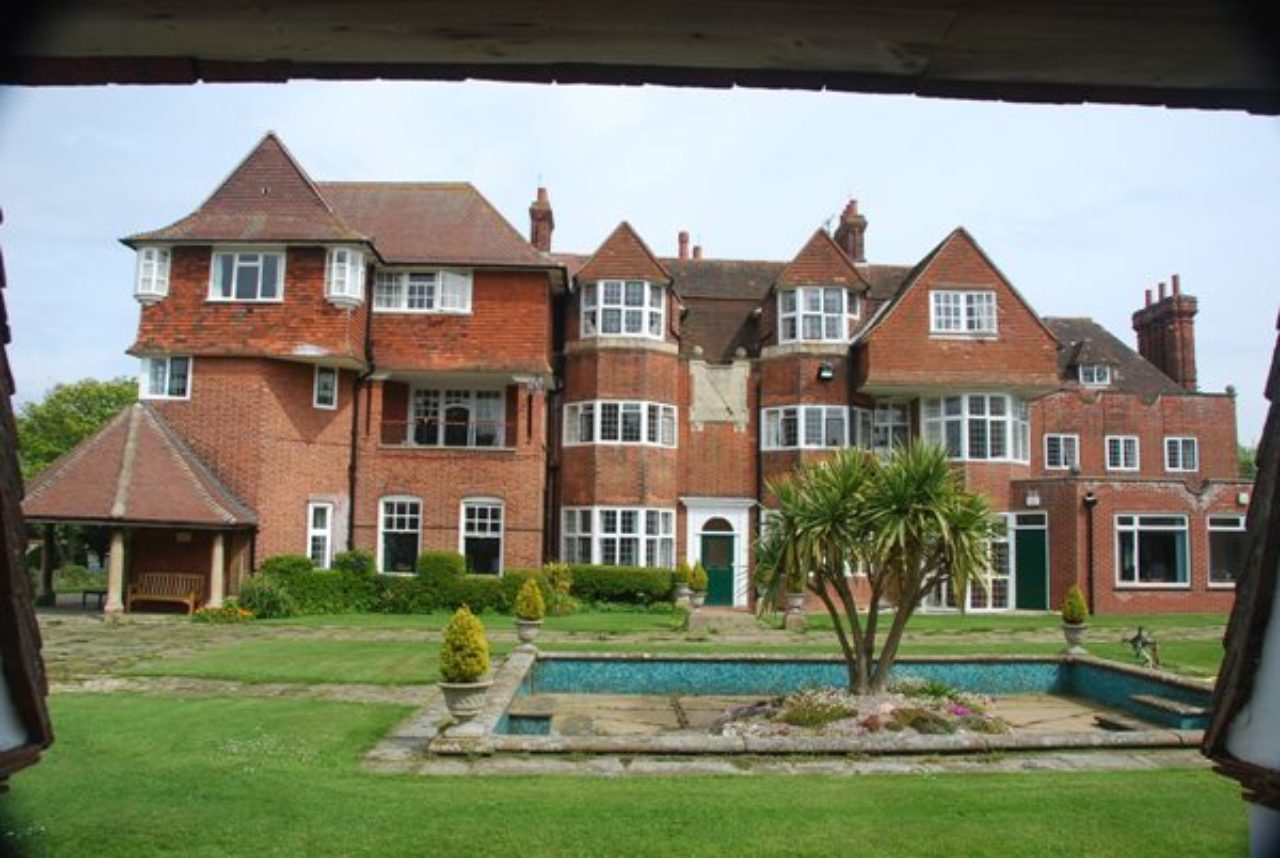 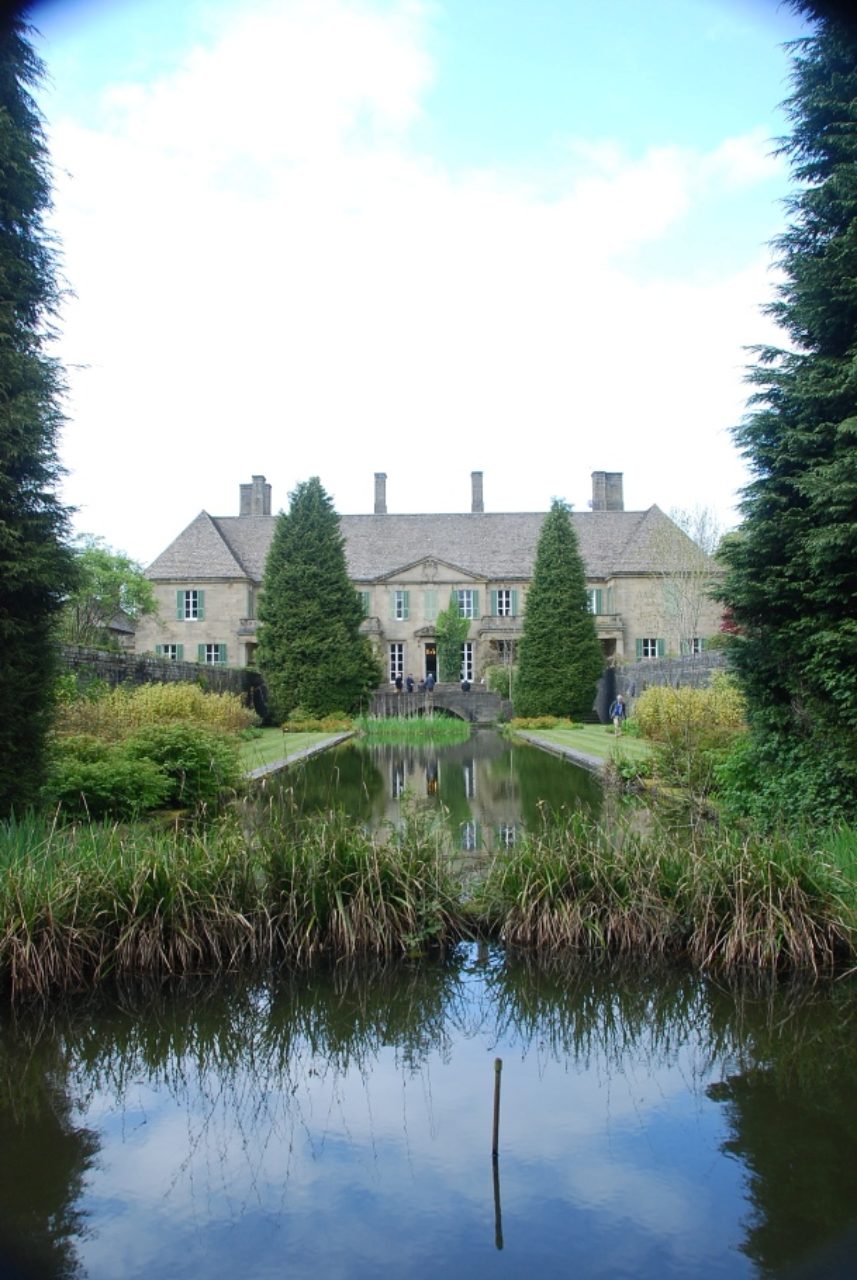 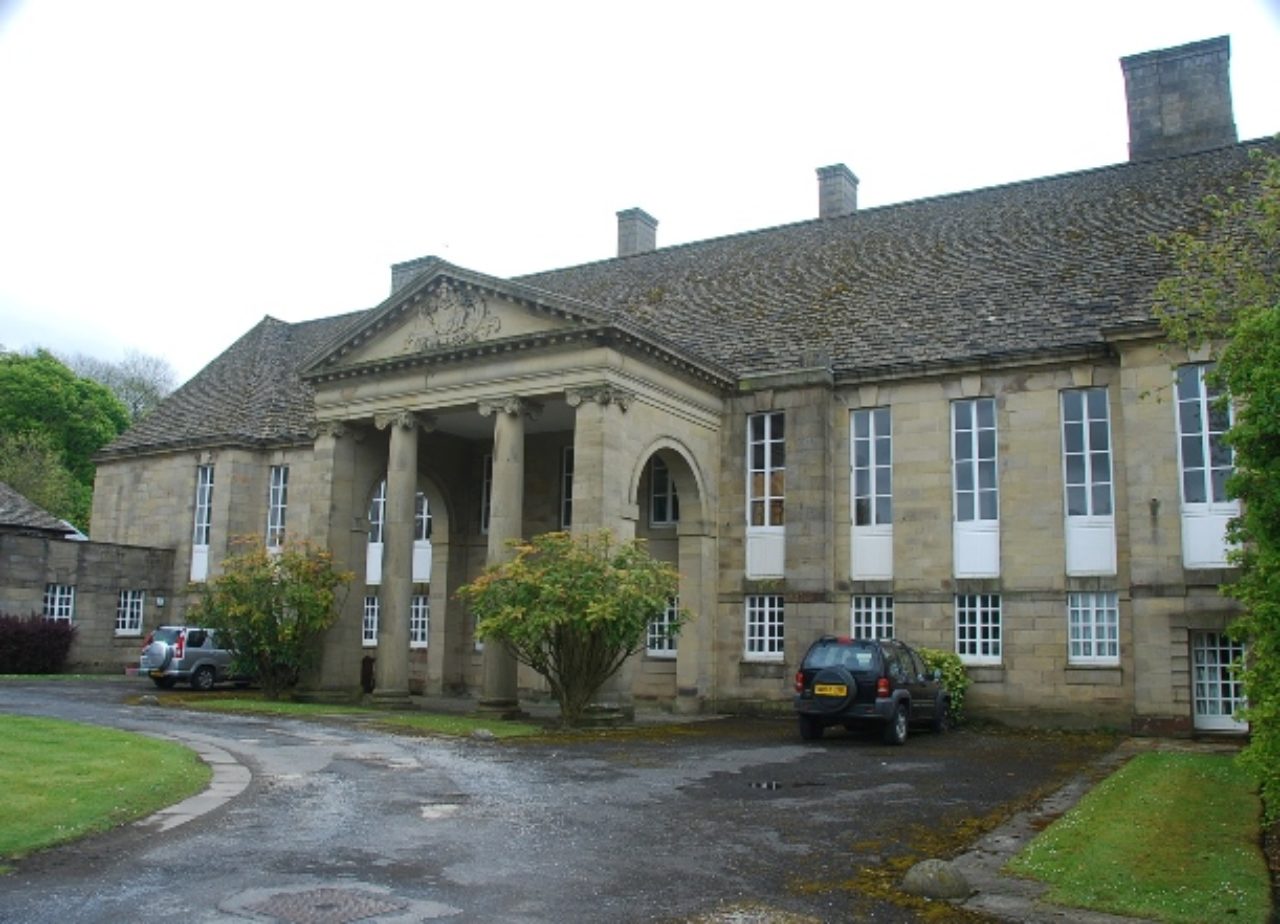 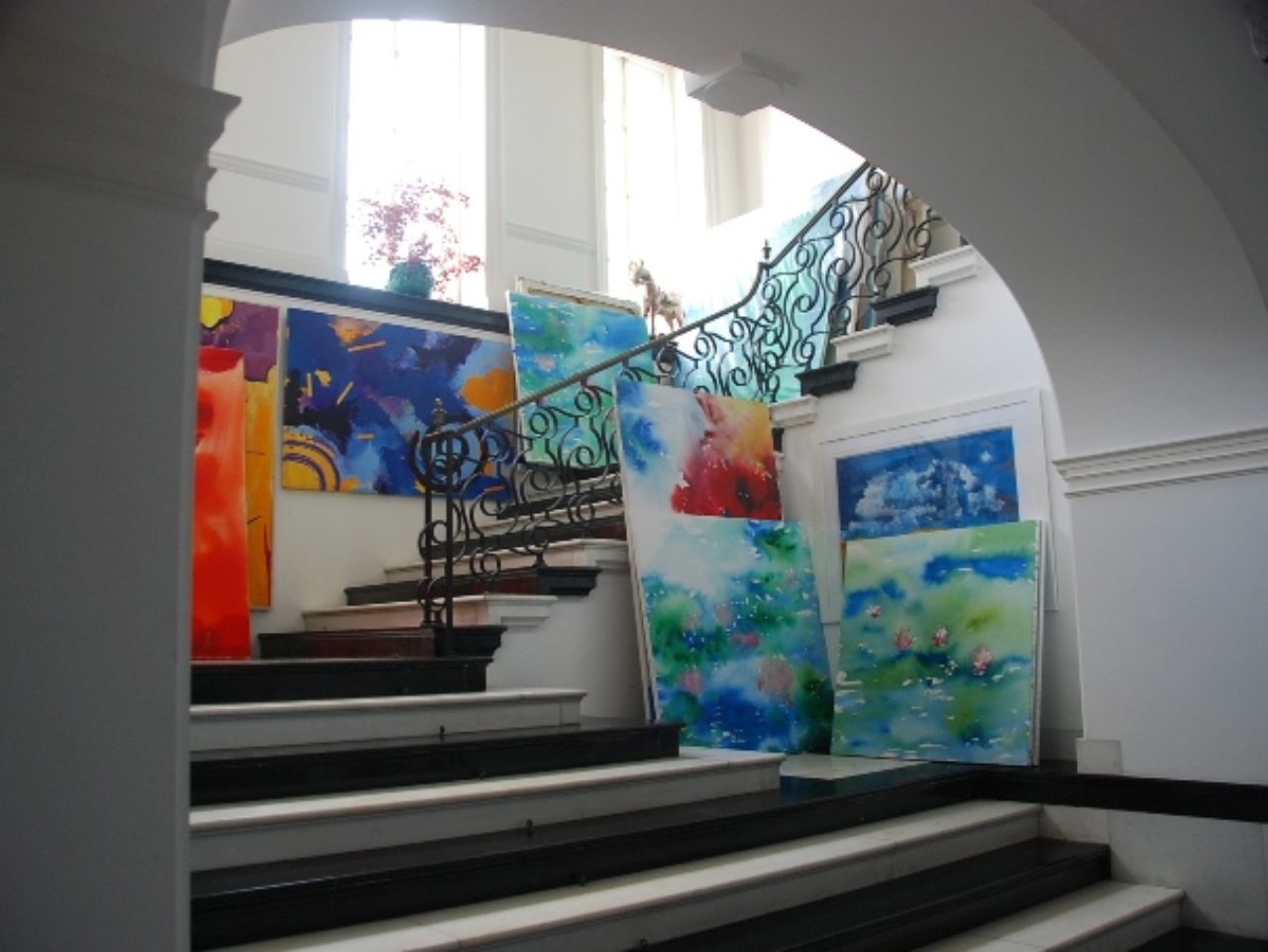 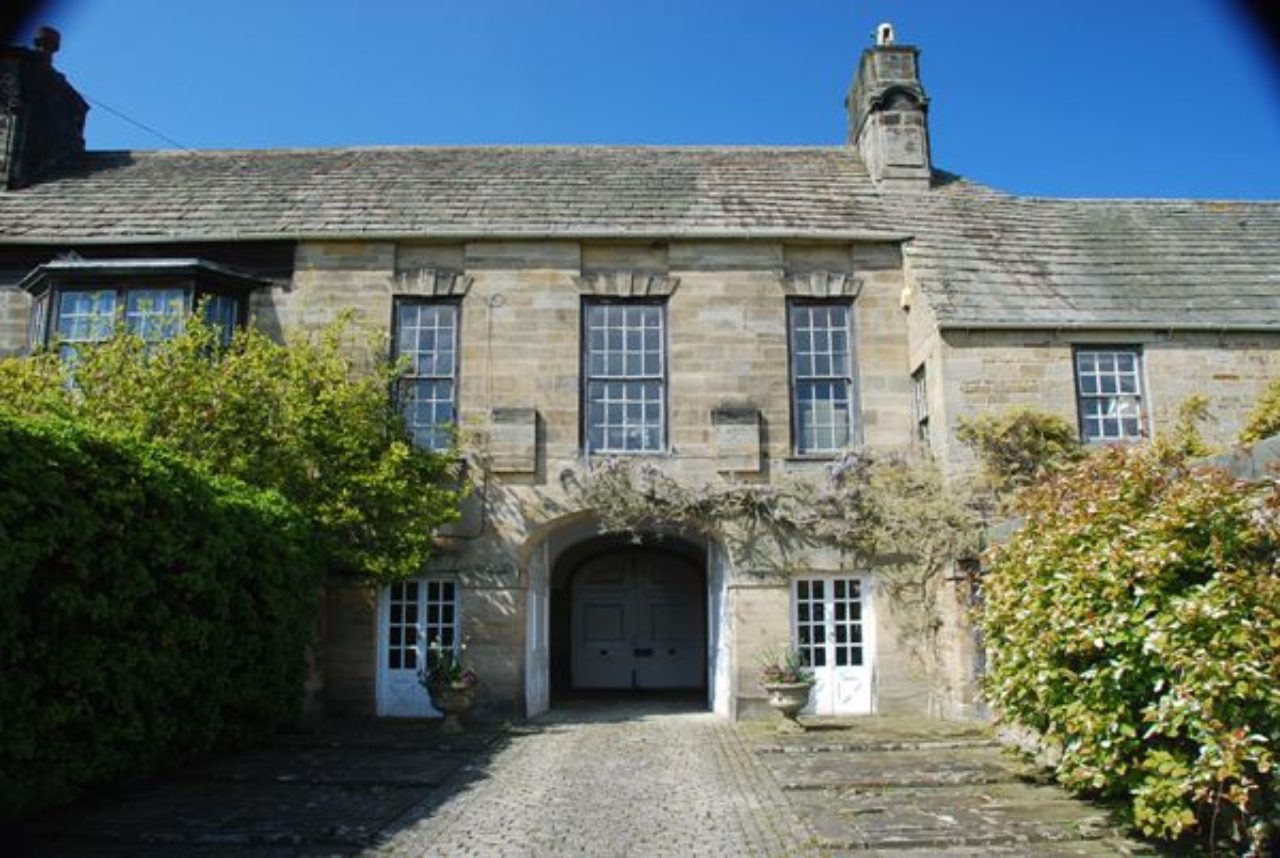 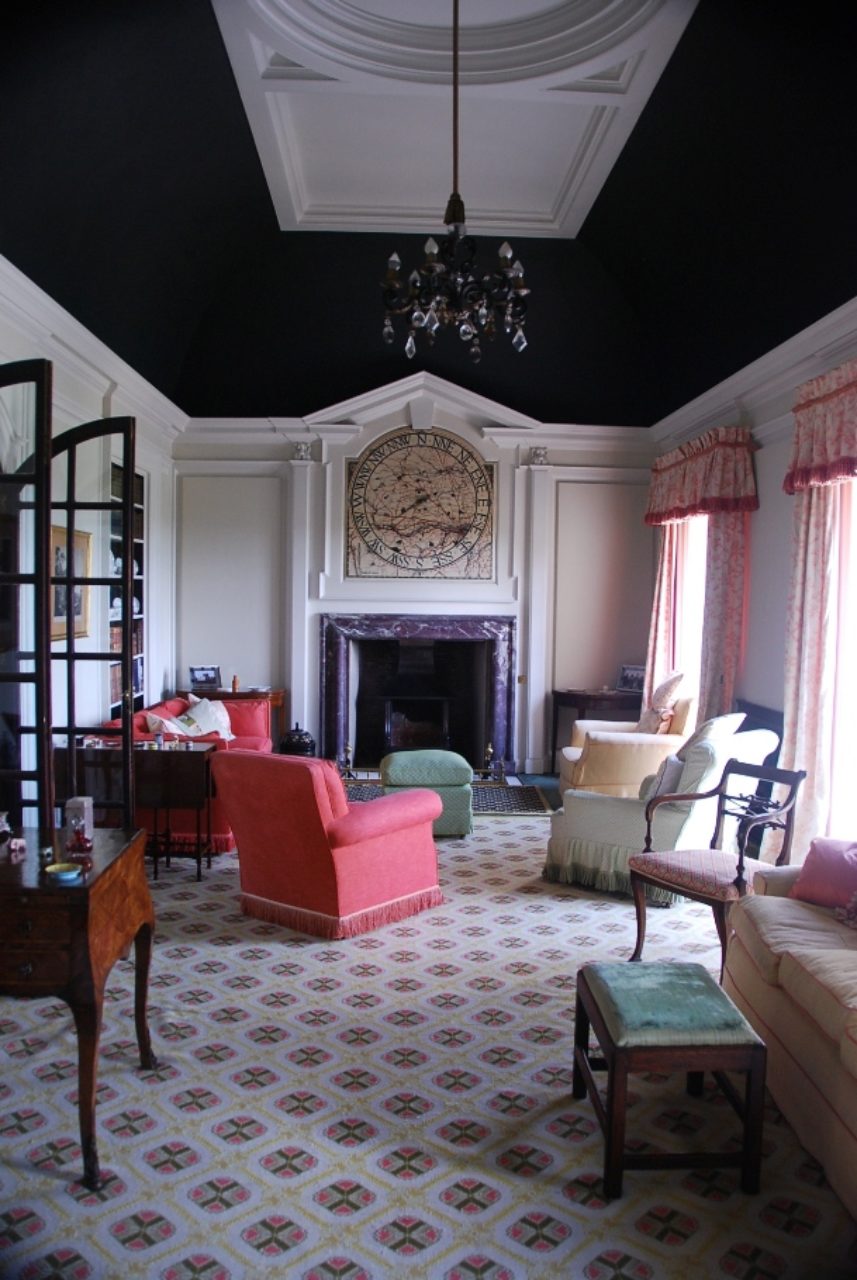 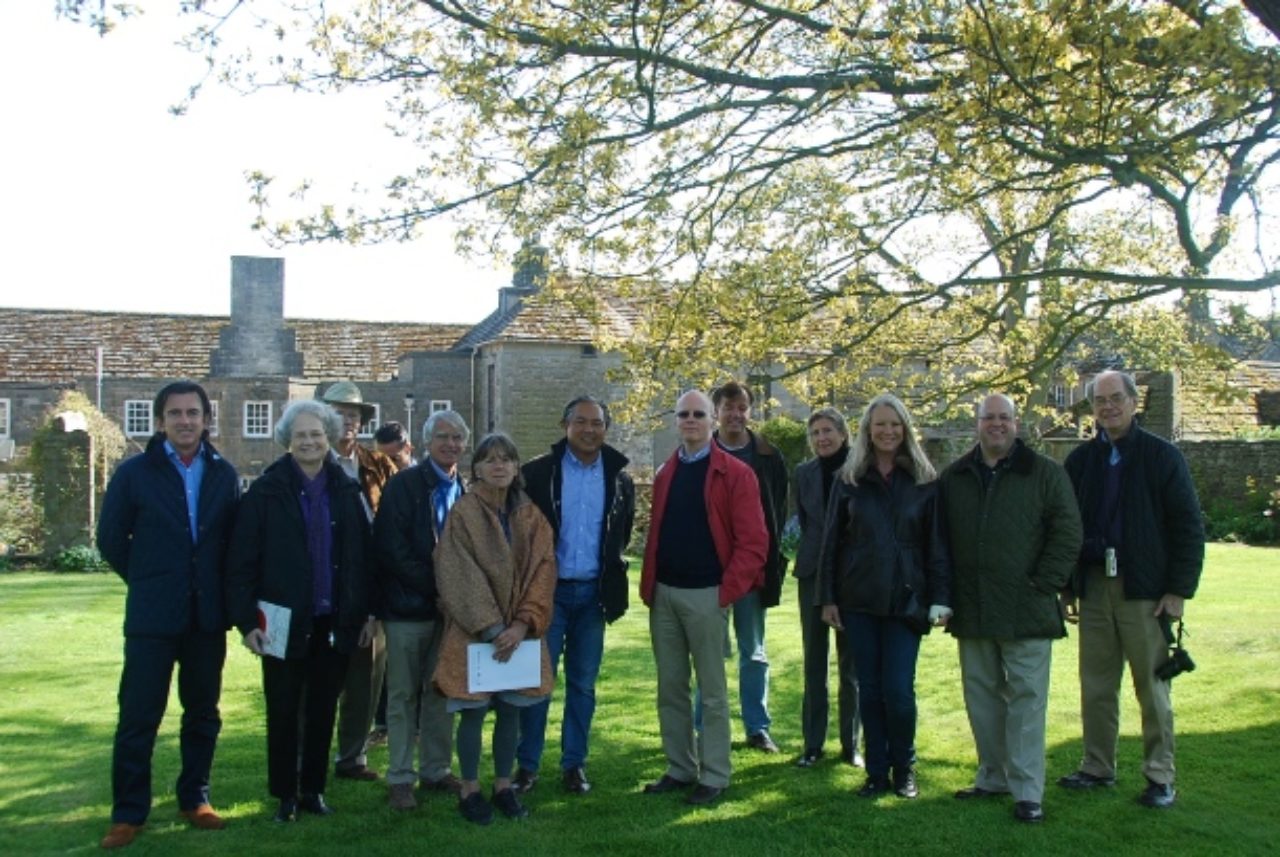 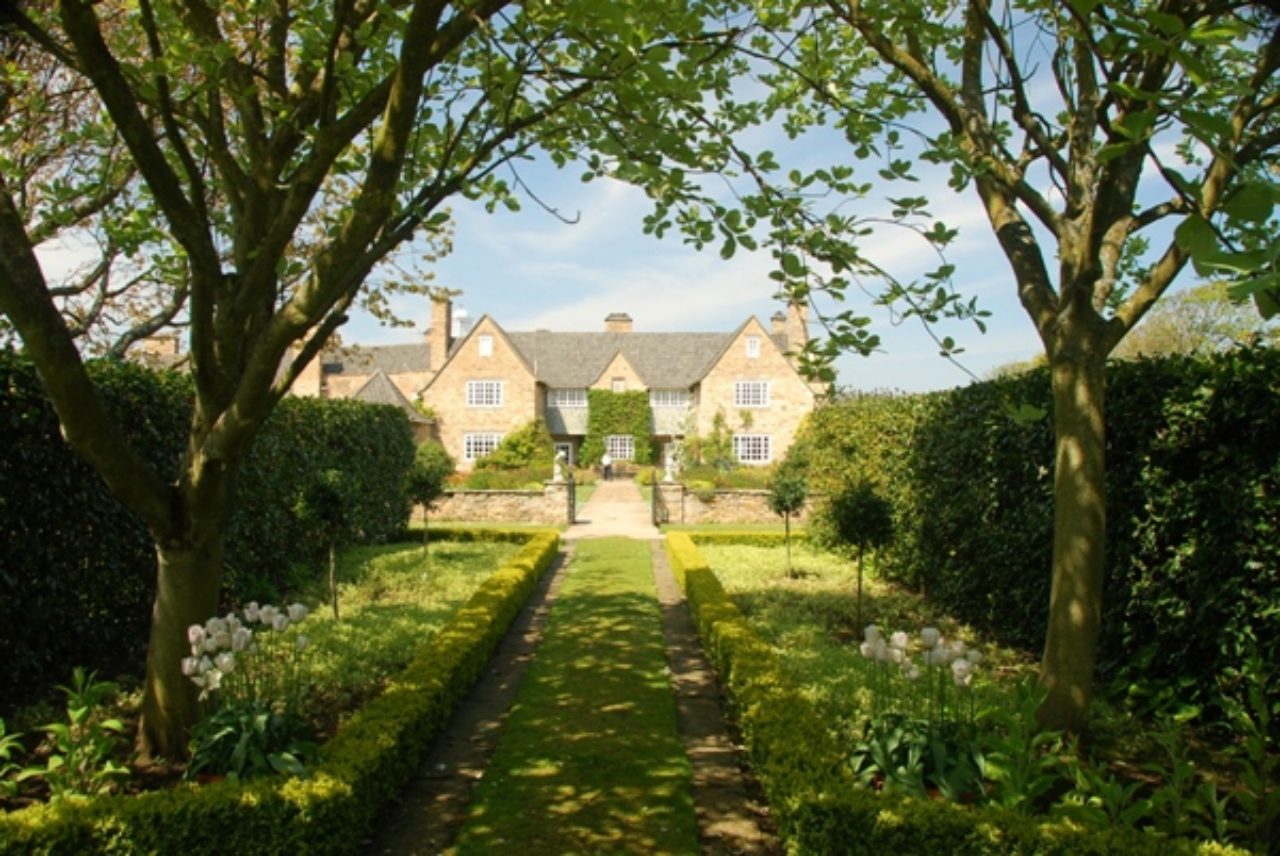 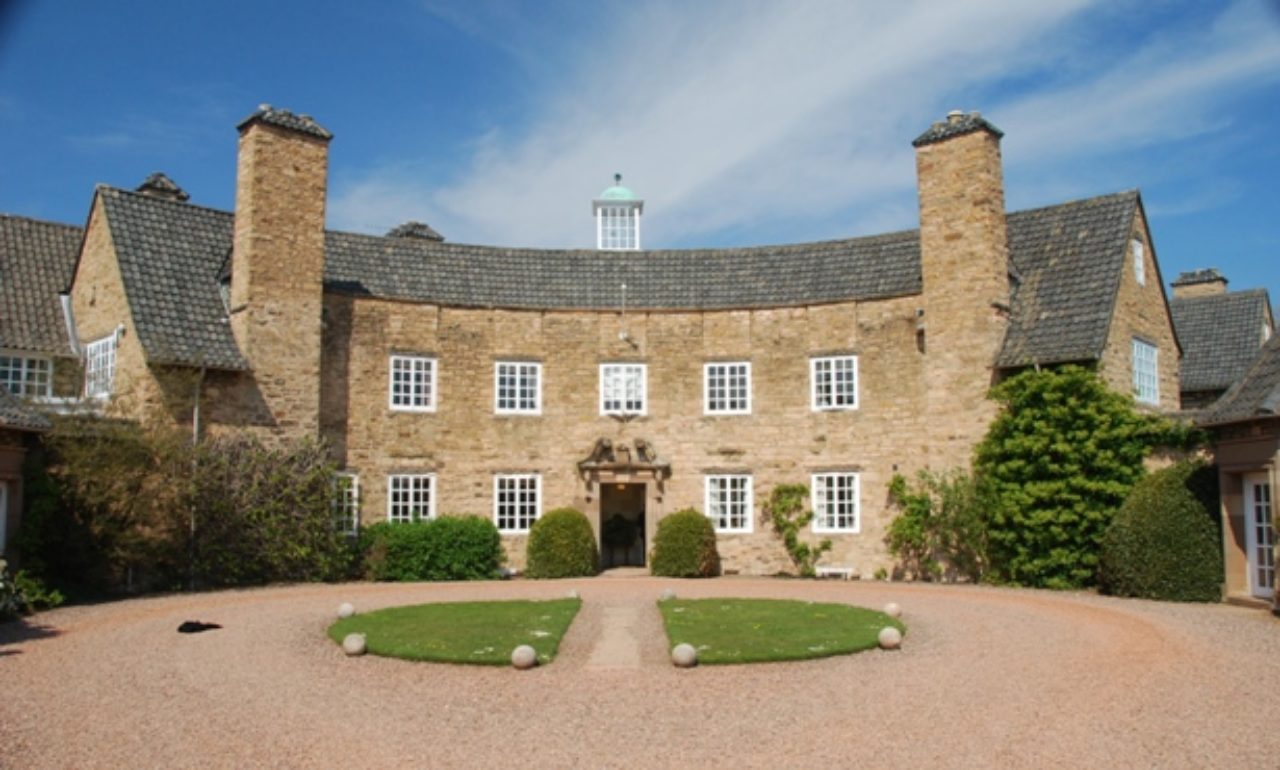 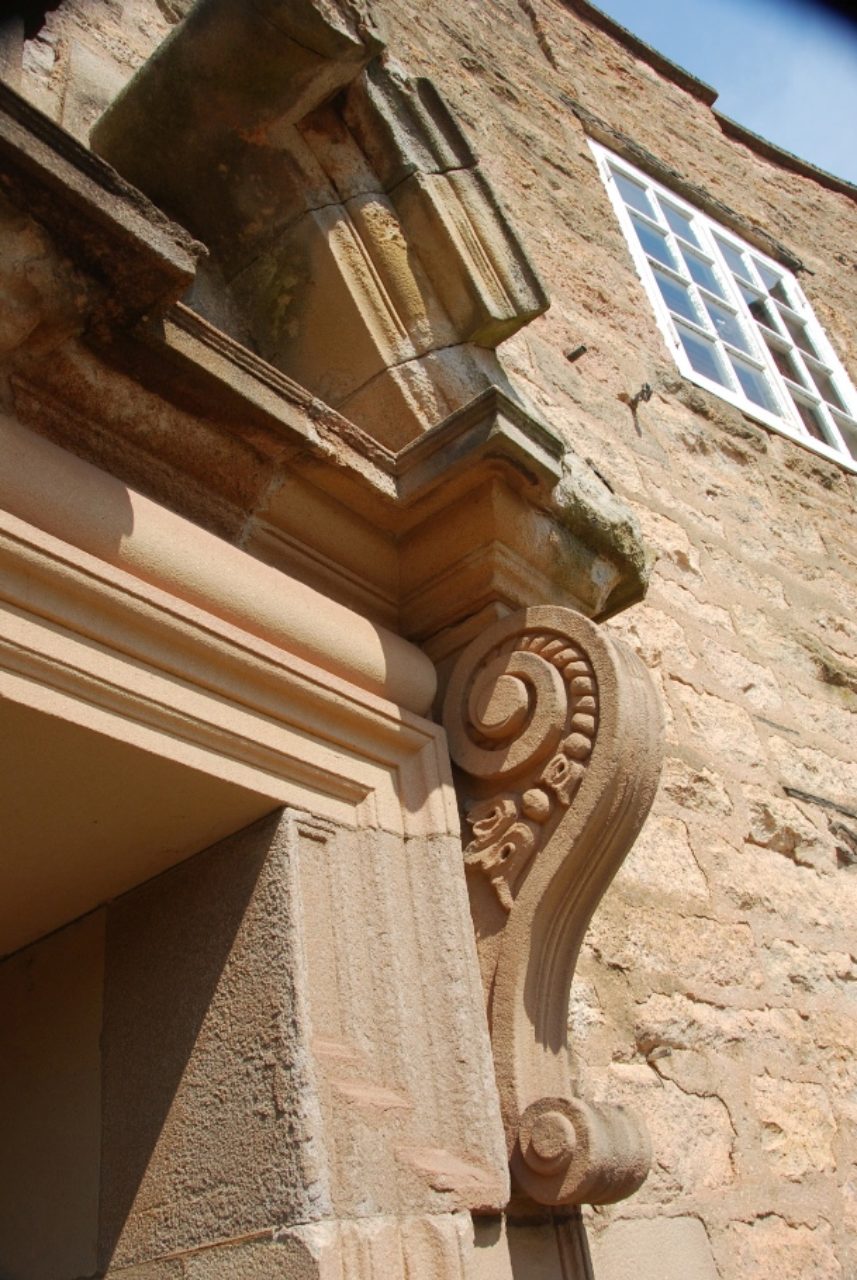 Paul and Tom broadened the scope of the itinerary to include Sion Hill by Walter Brierly, a contemporary exponent of the Wrenaissance style so close to Lutyen’s heart, and Dalmeny House, an 1817 Tudor Revival house by William Wilkins where guests were afforded a peek at its 18th century French furniture once belonging to the Rothschild family, and scores of museum-quality paintings. 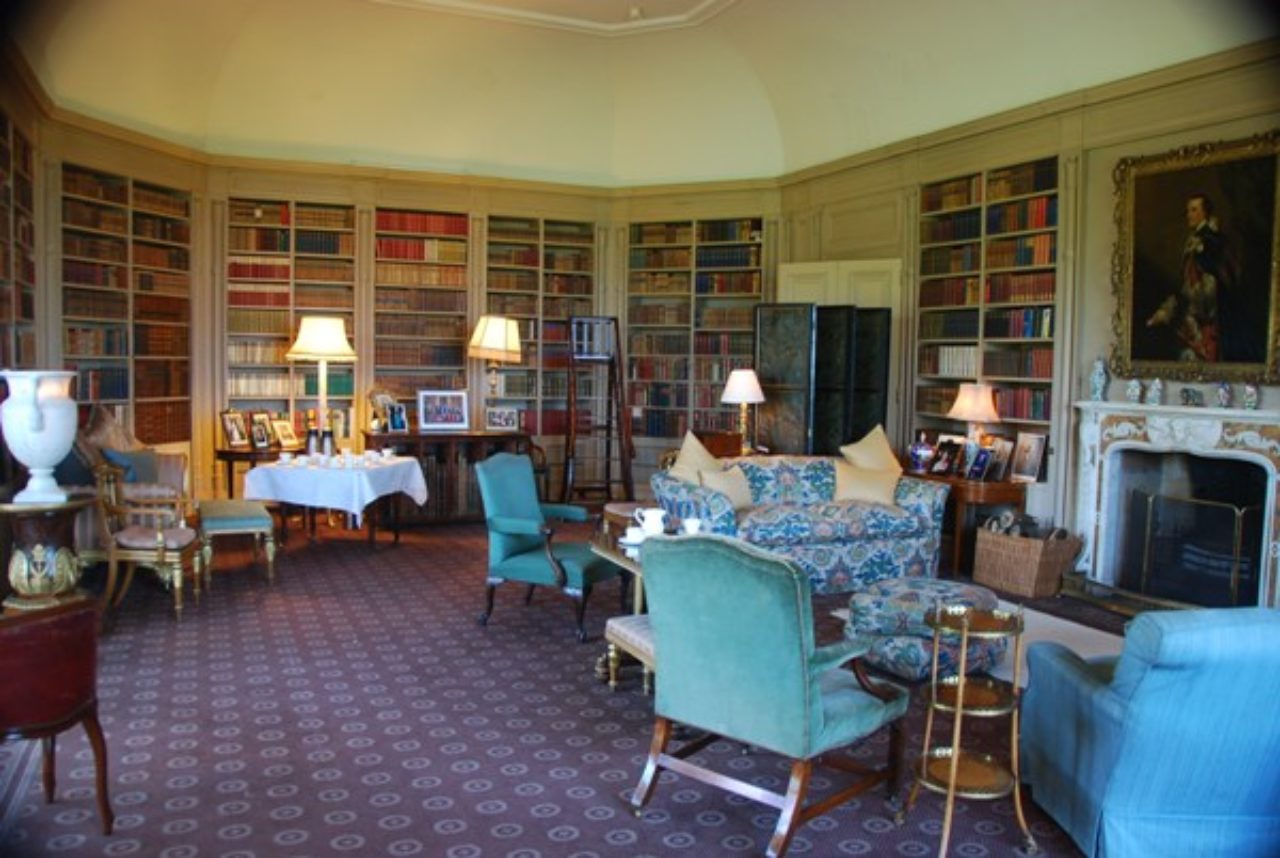 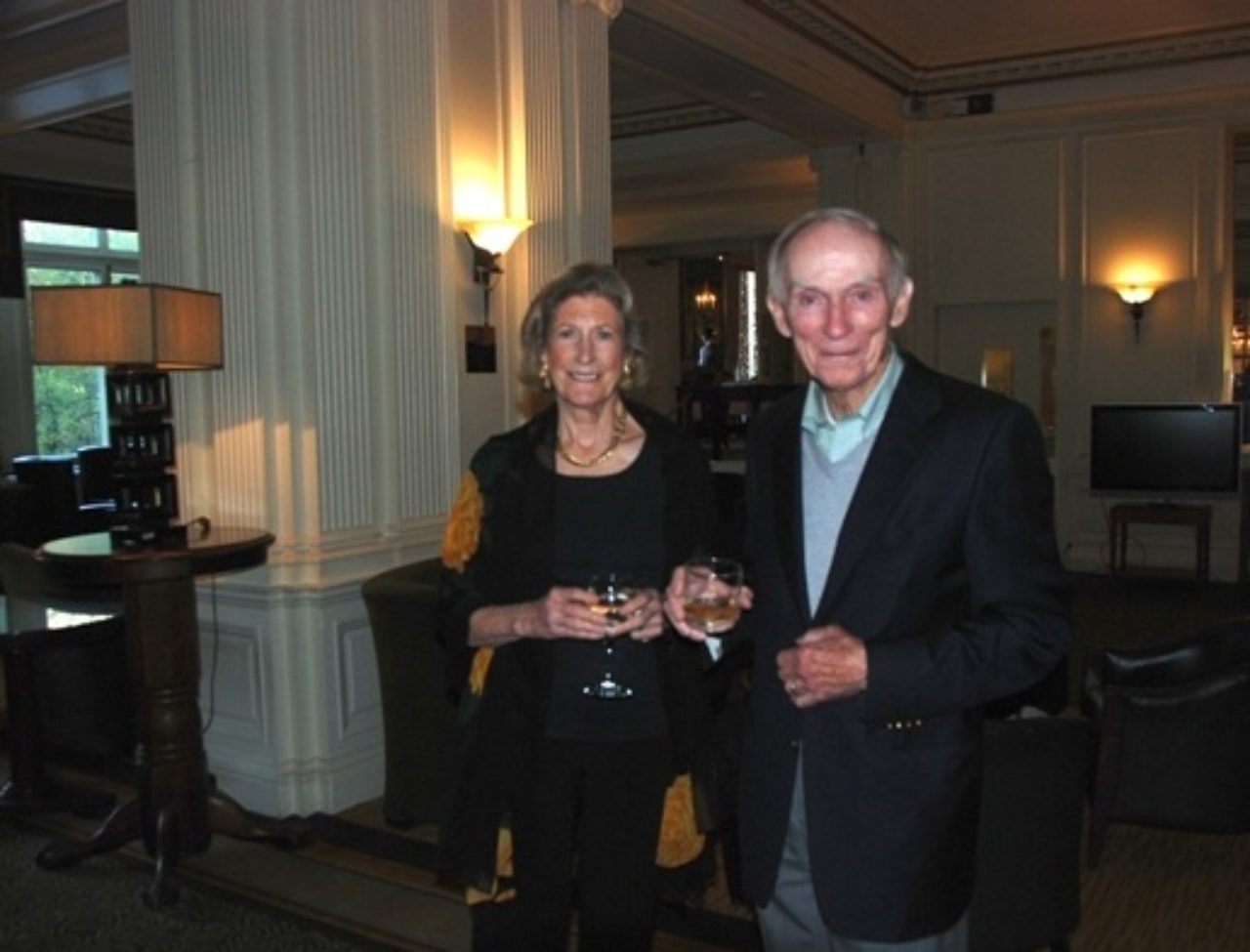 One should not travel to Scotland without seeing the work of the celebrated Adam clan. William Adam (1689-1748) was considered the foremost architect of his time in Scotland and was father to three architects - John, Robert and James, the last two of whom were the developers of the "Adam style". Our tour included two homes by William - Dumfries House, a magnificent 1750s house and favored preservation project of the Prince of Wales, and Chatelheraut, an exquisite rococo hunting lodge on the grounds of the razed Hamilton Palace, as well as son Robert’s Gosford House, featuring vast Palladian windows and an equally vast Piranesian entrance hall later added in the 1890s. 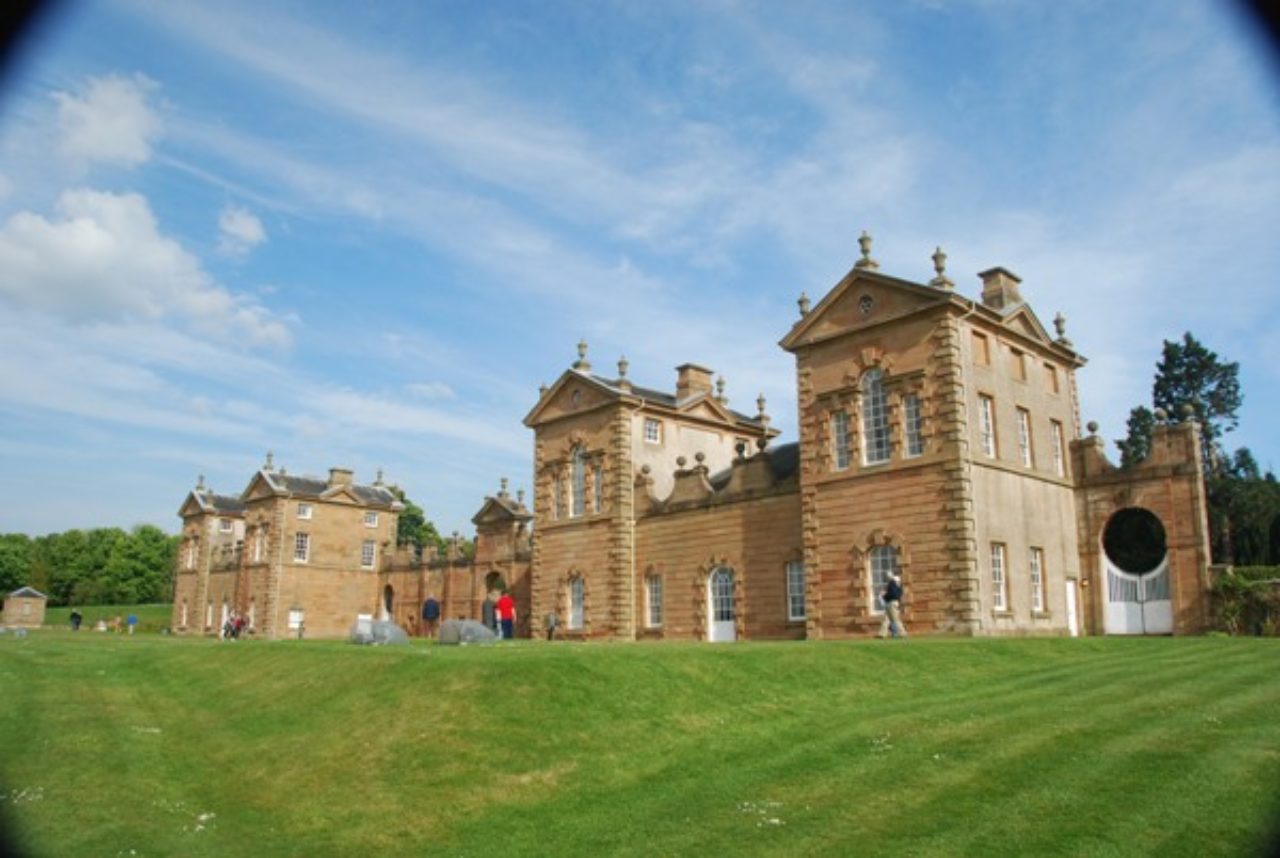 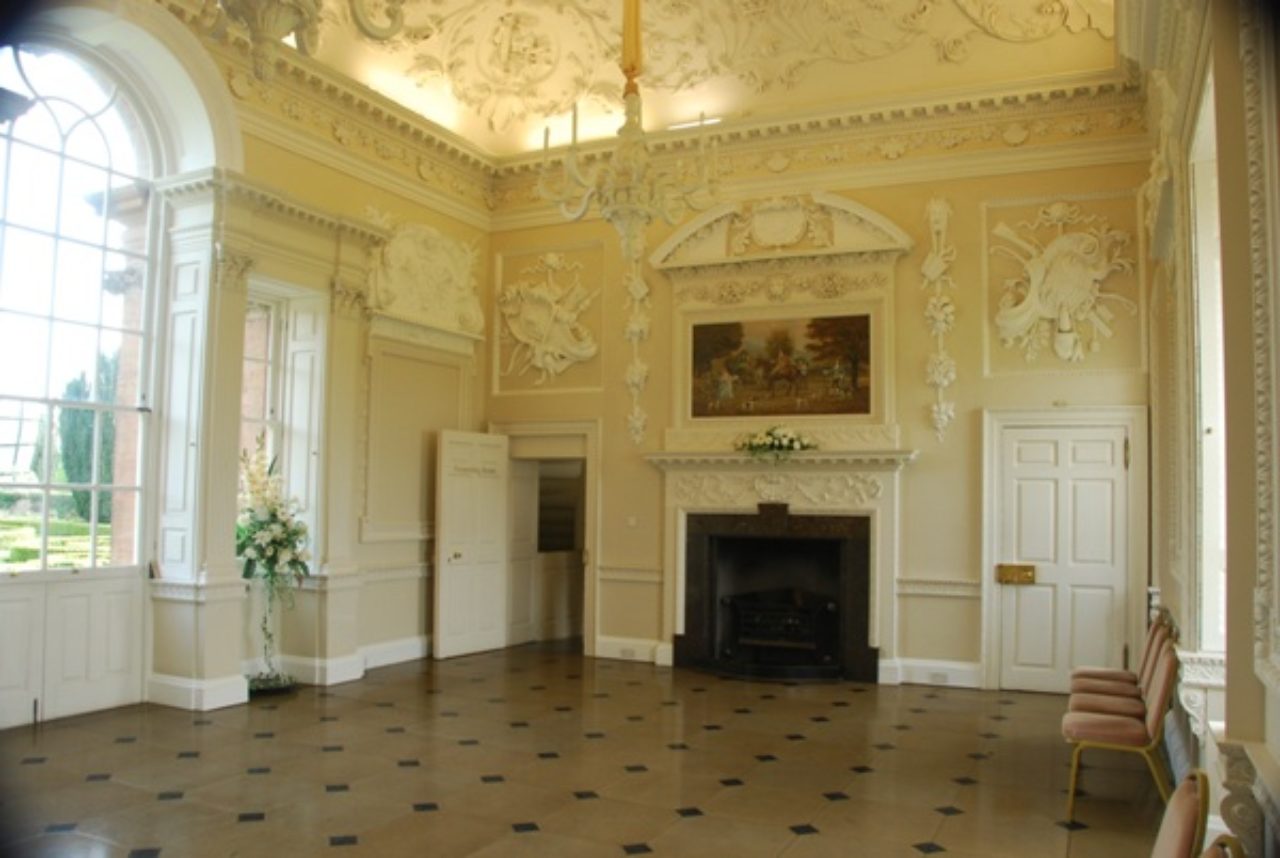 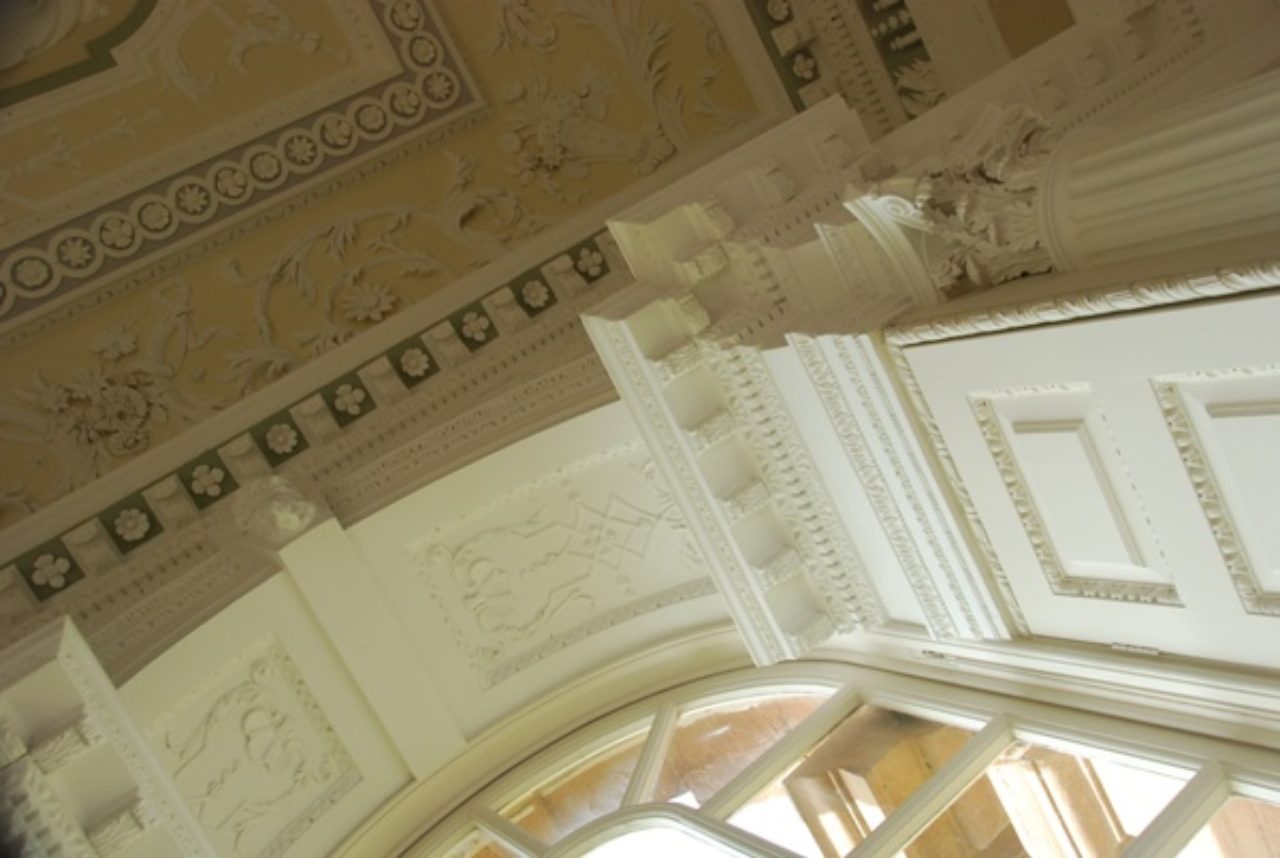 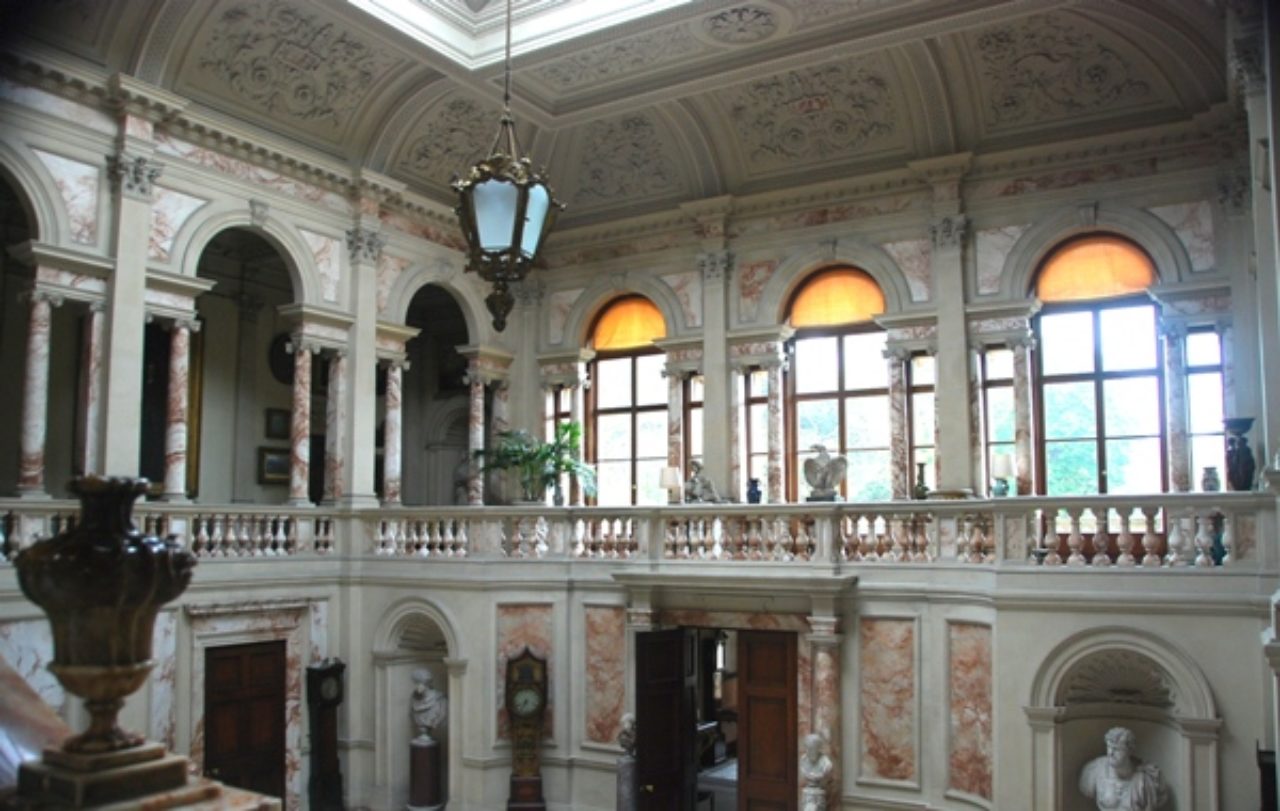 The beautiful photographs shown here were taken by ICAA member and friend, James Carter, an architect based in Birmingham, AL.