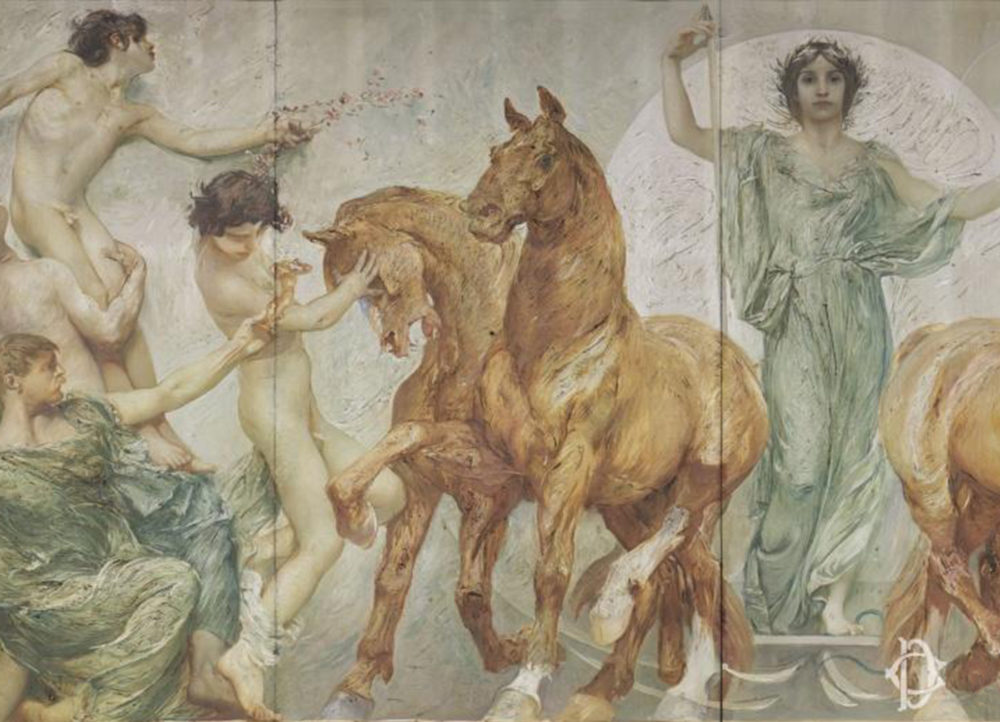 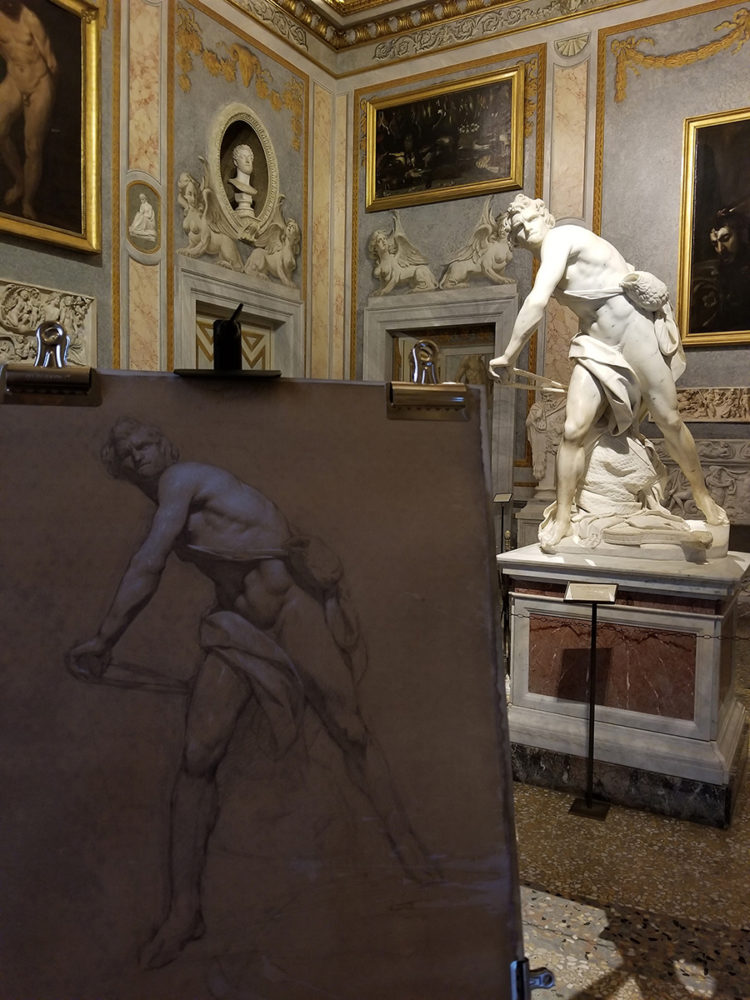 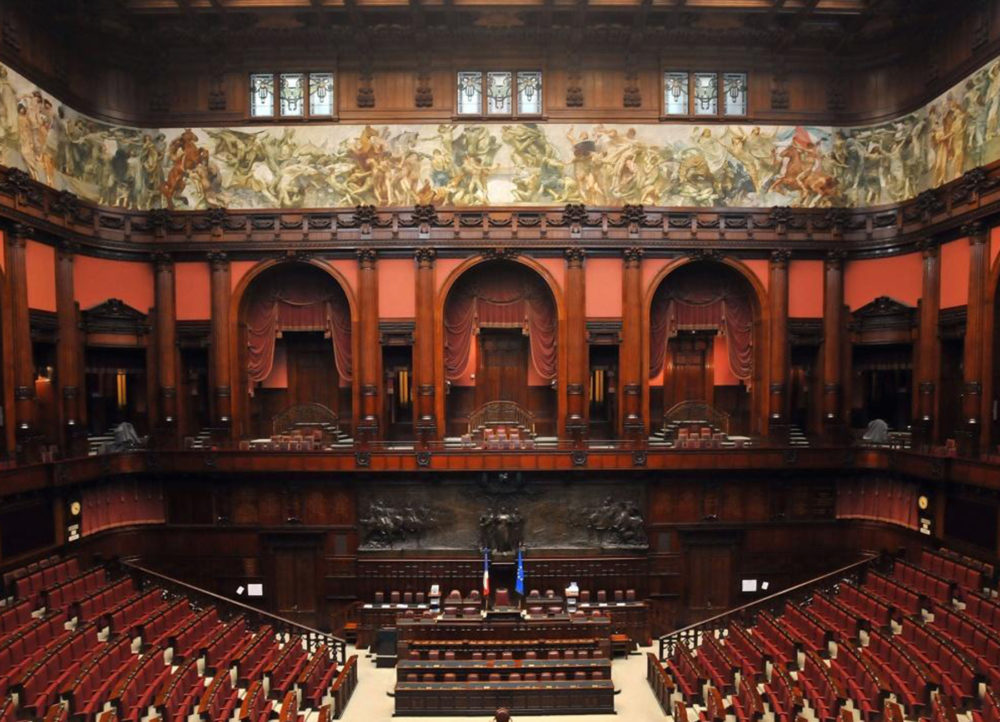 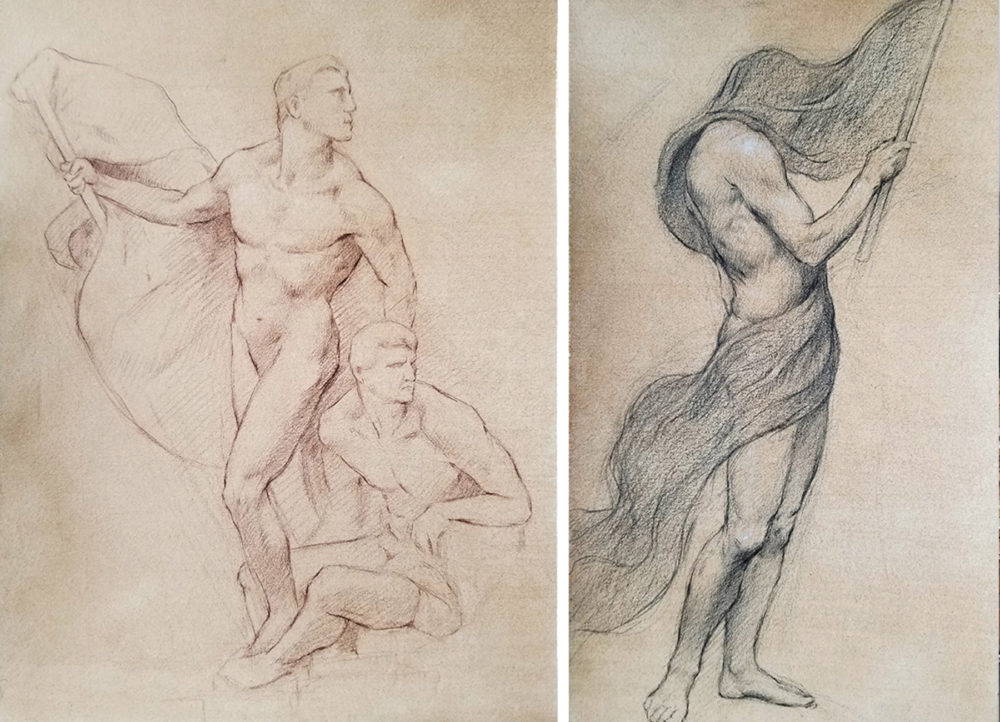 (left) Study of Giovanni Nicolini’s allegory of Political Triumph, (right) Study for an allegory of Ideology 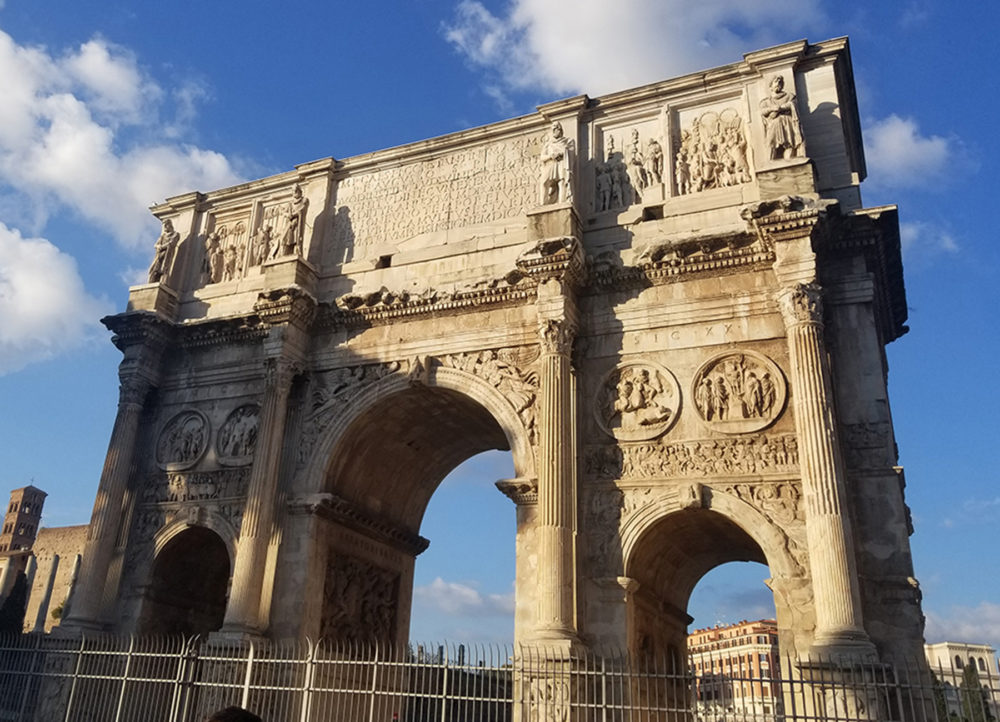 Sunset on the Arch of Constantine 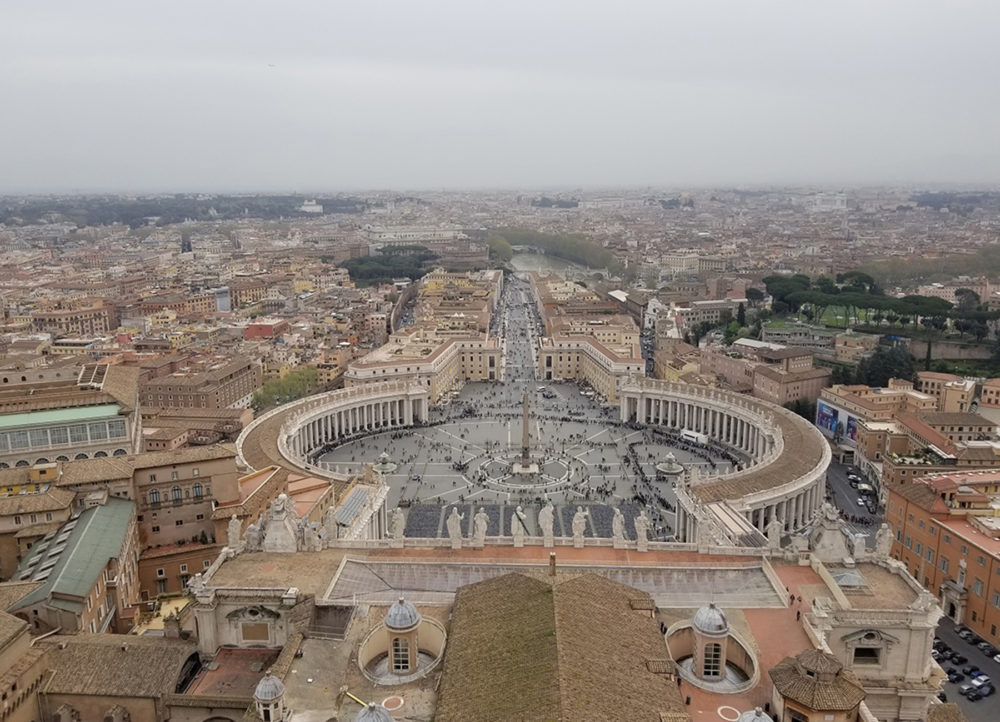 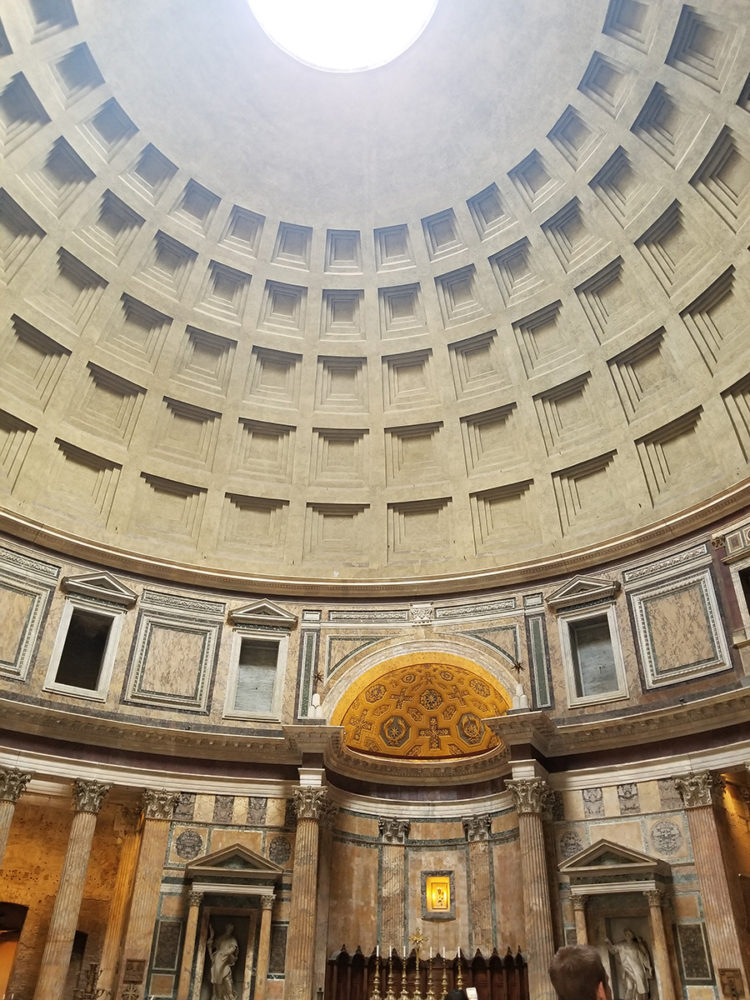 Not Just a Painting, But a Poem

Editor's Note: This update is the third and final in a series of articles by Jon Brogie, the ICAA's Alma Schapiro Prize winner. Brogie received his Bachelor's degree in Painting from Arizona State University in 2011. He graduated from the Grand Central Atelier in 2016 with a focus in painting and then became a resident artist at the Grand Central Atelier in Long Island City. After winning the Alma Schapiro Prize, he commenced his three-month fellowship at the American Academy in Rome in February 2018.

I am now back in New York after spending three months in Rome. Here I have resumed some projects that I began before my stay at the American Academy in Rome, and have continued my studies that began during it. I knew going into this experience that these studies, which I outlined in my previous post, would not end after leaving Rome. They include questions and goals that can take a lifetime to pursue. However my time in Rome and at the American Academy has provided an incredibly profound and transformative experience from which to formulate a direction for my work and career.

One of the works in Rome that has captured my attention, especially regarding iconography and symbolic representation, is Giulio Aristide Sartorio's frieze for the Chamber of Deputies at Palazzo Montecitorio. The painting, from the late 19th century, consists of allegorical representations of both "the epic vision of the history of Italy," and "the lyrical content of its secular civilization," to quote Sartorio himself. The central axis depicts Young Italy flanked by gift-bearing embodiments of the Renaissance, representing concepts such as the Arts, Humanism, Classicism, , and others. Each figure takes on attributes that amplify the symbolic meaning of their gifts: a young man offers the flowers of spring and an artist bearing Sartorio's own likeness offers a golden statuette. Sartorio wrote, "By decorative art, I do not mean only the grouping of harmoniously composed figures: but also a gathering of symbols that have a grandiose epic signification. The Parliament Frieze is not just a painting; it must also be a poem." Whether it be in the philosophy-laden work of Renaissance masters like Titian and Raphael, in Greek mythological statuary, or in Sartorio's Parliament Frieze, I believe this sentiment has been instrumental in the history of Western art. It is these works that I find most profound; the harmony of a compelling idea and a beautiful image, each elevating the other.

I'd like to reiterate my gratitude to the Institute of Classical Architecture & Art for the Alma Schapiro Prize, and to the American Academy in Rome. This prize has been invaluable to my growth as an artist and I look forward to continuing my work and reflecting on my experience.