Michael Alexander attended the ICAA's Summer Studio in Classical Architecture during the summer of 2017. He currently works as an Associate Designer with C. Brandon Ingram Design, a residential architecture firm in Atlanta, Georgia. Here, he shares some of his experiences at Summer Studio that have helped him as a student and architecture practitioner.

What do you feel has been the most valuable skill or lesson that you developed and honed during Summer Studio?

The Summer Studio taught me how to see. While observing good architecture is key to studying design, the ability to learn from observation was a skill I was lacking. Being able to answer the question of “why do I like this building?” proved to be a personal challenge. The Summer Studio provided a canon of vocabulary that gave me the ability to communicate.

What was something impactful or surprising that you learned about classicism while at the Summer Studio?

Going into the Summer Studio, I only had a rough understanding of what classicism was. I had an understanding of the development of the classical styles from my history and theory course in undergrad, but my understanding of its application to modern design practices was nonexistent. There was a preconceived notion of Roman and Greek, Classical, and Baroque, but what I didn’t understand was the term "modern classicism"--the practice of design done by architects like Bob Stern and Peter Pennoyer, and even how people like Michael Graves fit into this larger realm of design. The Summer Studio opened my eyes to more than a style derived from antiquity, but a system of tectonic design, an understanding of proportions, and the impact of design on the way people interact. Through exercises in measured drawings, site visits, lectures and design, I began to develop a cohesive understanding of what makes designing at all scales impactful, and how to approach a design using these tools. The ability to take a lecture on the orders, to then travel to a building to see the beauty in its ornament, as well as its use in design is remarkable. But all these lessons began to culminate when we visited Forest Hills, and the lessons we were taught in design grew into the urban scale of design. Studying in Miami, I can hardly remember a time when “The Lexicon of New Urbanism” wasn’t sitting on my desk. All those terms and guidelines suddenly made sense. That this practice of design wasn’t new, but it was a derivative of the past. Classicism wasn’t about columns and arches, it was about learning the good lessons from the past. It isn’t a style, but a set of guidelines and tools meant to make design of all scales enjoyable to the beholder.

What has been a project you’ve worked on since Summer Studio where you have applied what you’ve learned from Summer Studio?

After completing the Summer Studio, every project I took on for the remainder of my time at the University of Miami was influenced in both style and design by what I had learned. I began to focus more on precedent study, and the vernacular architecture of the areas my projects were located in. In my last semester, my final project took me down the street to South Dade, Miami. This project sat on 130 acres of undeveloped land next to a train track. The problem began to arise that there wasn’t any precedent available to influence the design in one way or another. This project was a clean slate to communicate what the future of public transportation could be, in a city that only knows the car. When approaching the master plan on the site, I was immediately drawn to Frederick Law Olmstead at Prospect Park--a site that was all too familiar after the Summer Studio. I ended up incorporating the themes of his designs, with areas of heavy foliage, grand promenades, sweeping greens, and a large lake. Sprinkled throughout the site were a mix of small follies, as well as grand pavilions. Though an exhausting 6 week adventure, the design won the Ferguson & Shamamian Student Design Award, given to one undergrad and one graduate student at the University of Miami at the end of the spring semester, as well as the ICAA Southeast Chapter’s Philip Trammell Shutze Award in the Student/Emerging Professional Category in March of 2020. 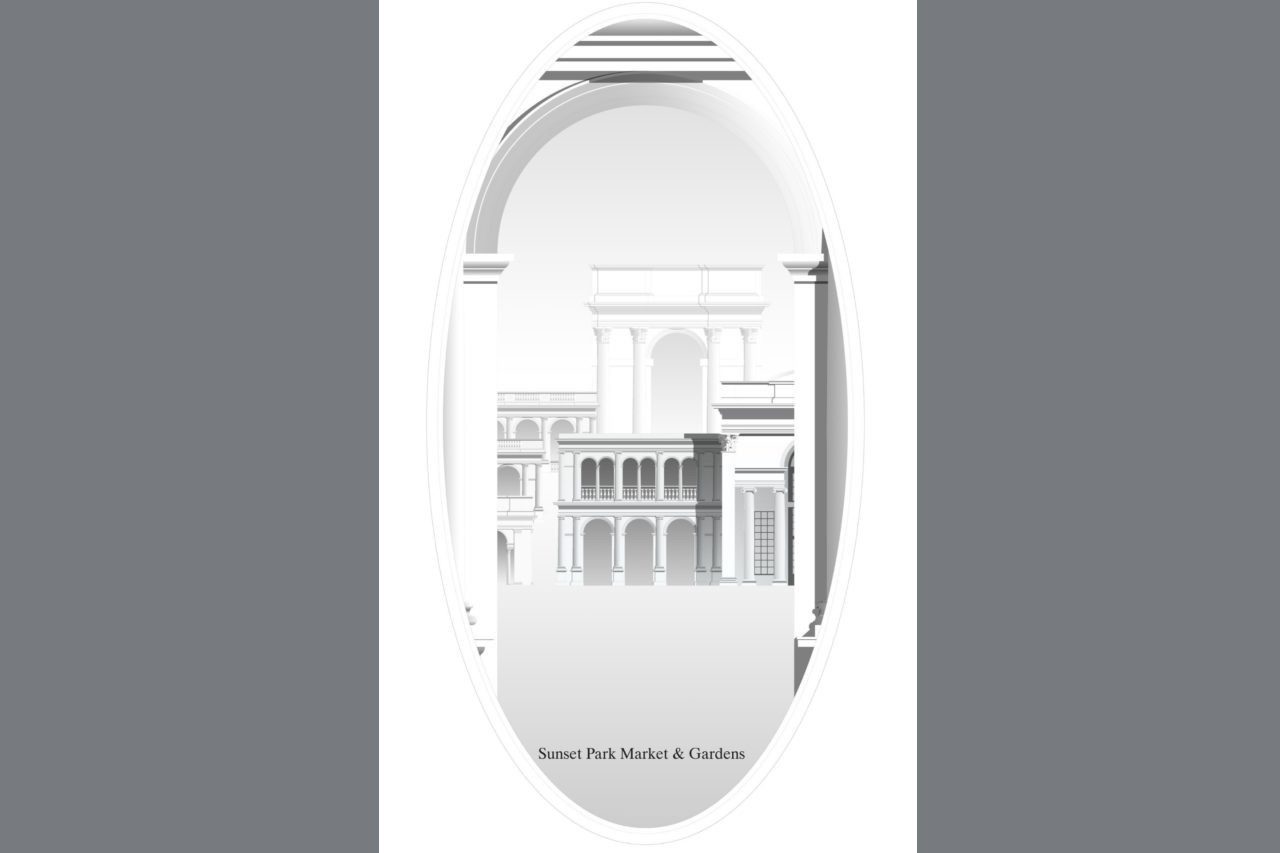 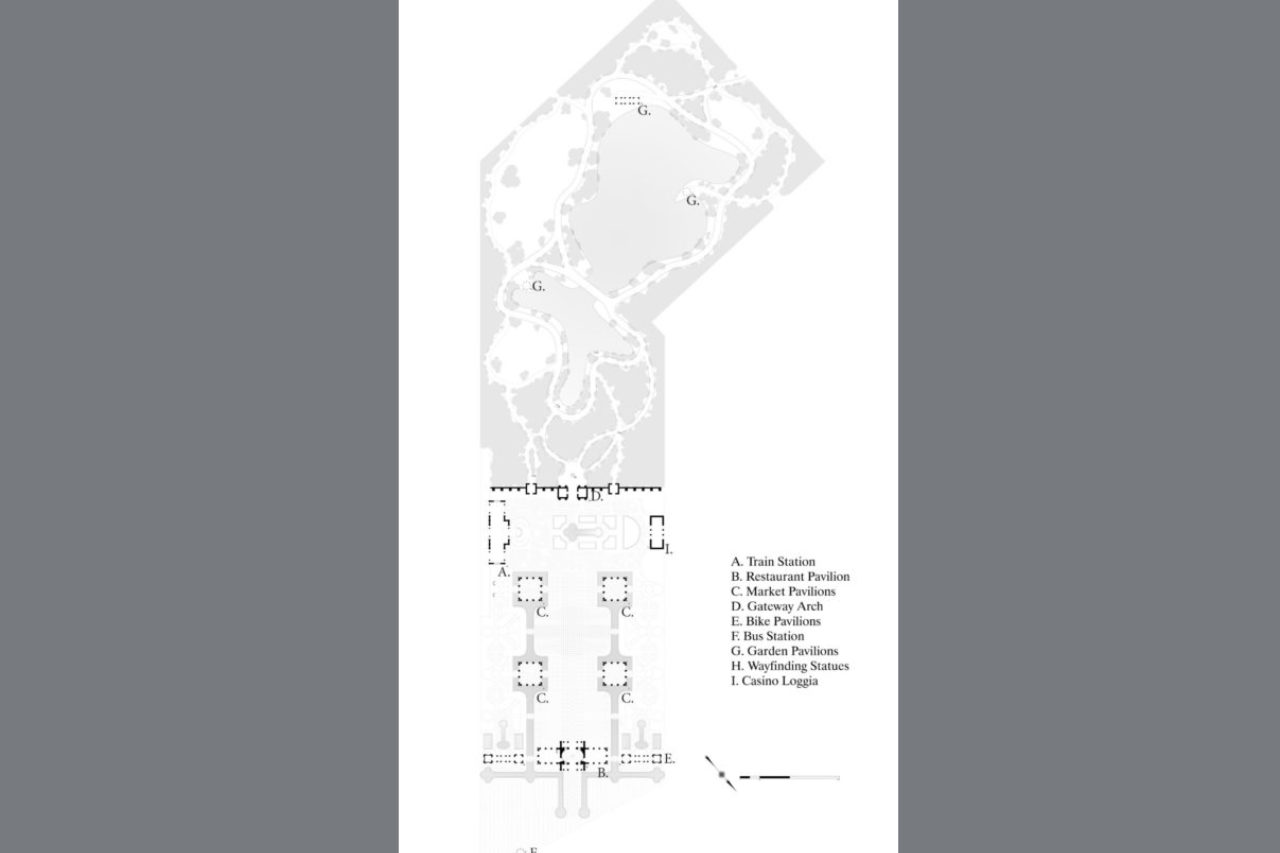 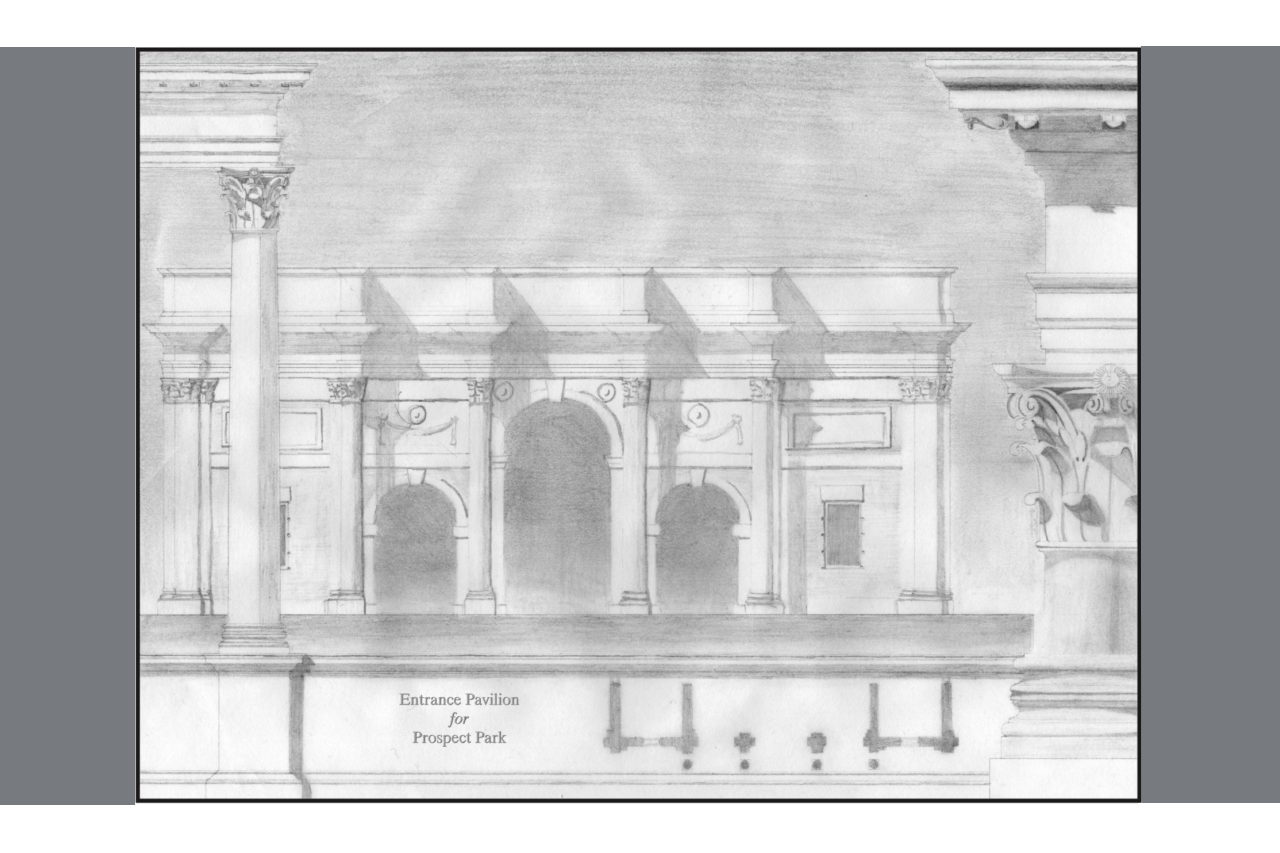 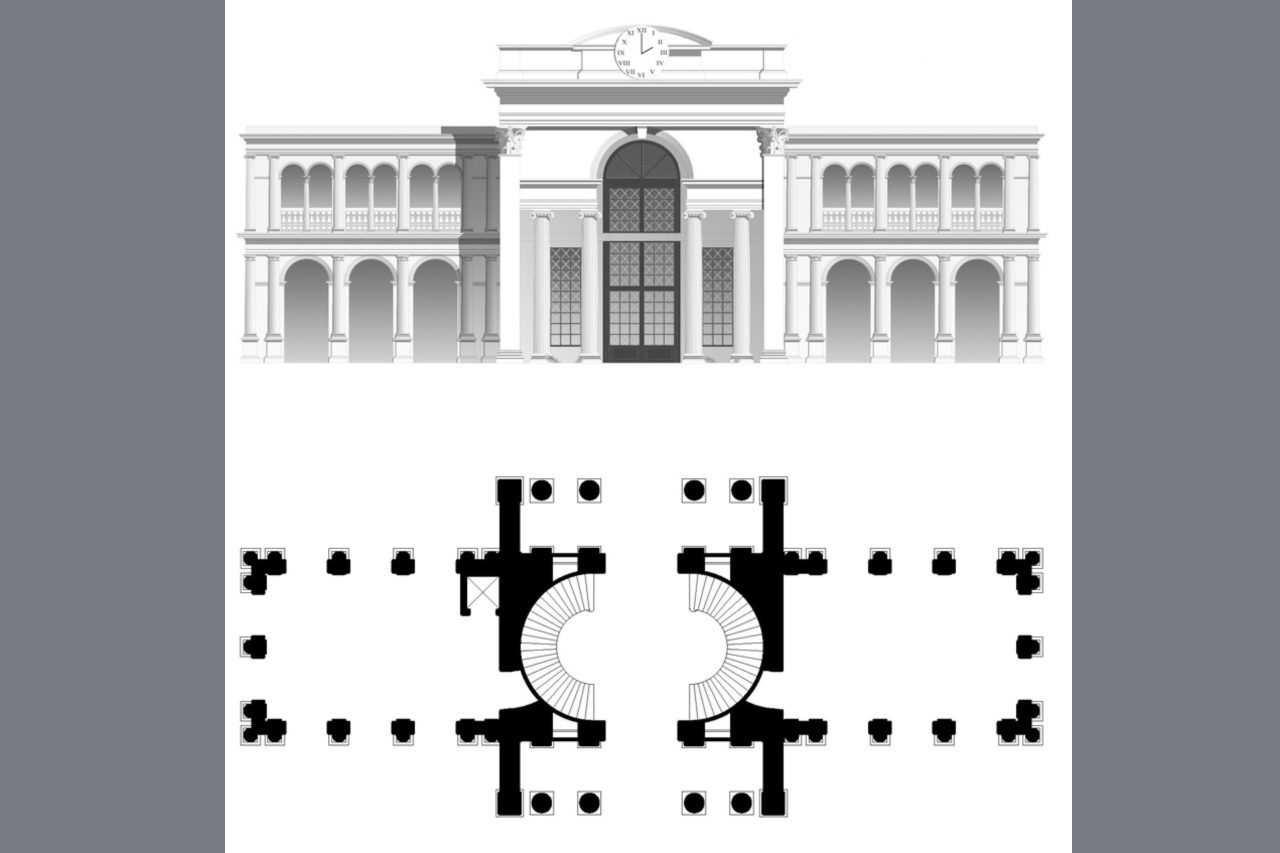 Has there been a project that you’ve seen recently that has made you particularly excited about the field of traditional and classical architecture and its contemporary applications?

Just south of my midtown neighborhood, in downtown, under the 130-year-old gold dome of the state house, is a new judicial building. Also designed by RAMSA, I watched as the workers installed four massive Doric columns that frame a giant thermal window. The design is both beautiful and whimsical. The building curves on the site to create a relationship with the state house. There are subtle details in the façade, without which the building would be drastically different. Every inch of the building has been thought out, and it shows what knowledge can create.

As a young professional, what is a piece of advice you would give to future Summer Studio students about how they can make the most of their time in the program and prepare to enter the workforce?

I would tell the students in the summer program to take as much knowledge as you can with you. I use what I was taught every day. The copy of “The American Vignola” I was given in the studio has a happy home on my desk at the office. Also, don’t be afraid to go back to your old works. You have the opportunity to critique old projects with a new vocabulary. You can even re-design, or render them in a new technique you learned, or start the project over and create something new and beautiful. The more practice you have, the more fun it becomes, and you’ll enter the office every day with a smile on your face.

This interview is presented as part of the 2020 Summer Studio Retrospective, a four-week series of daily online content inspired by the ICAA's Summer Studio in Classical Architecture program and the many students who have been impacted through its unique course of study. You can find additional programs in this series here.

Learning from a Living City: New Heights 7.0 with Marymount School of New York

The Spirit of the Scene: Sketching Subjects on Site, with Martin Burns

Learning from a Living City: New Heights 7.0 with Marymount School of New York

The Spirit of the Scene: Sketching Subjects on Site, with Martin Burns