The New York iteration of the eight-day program was held earlier this month for the first time since January 2020. 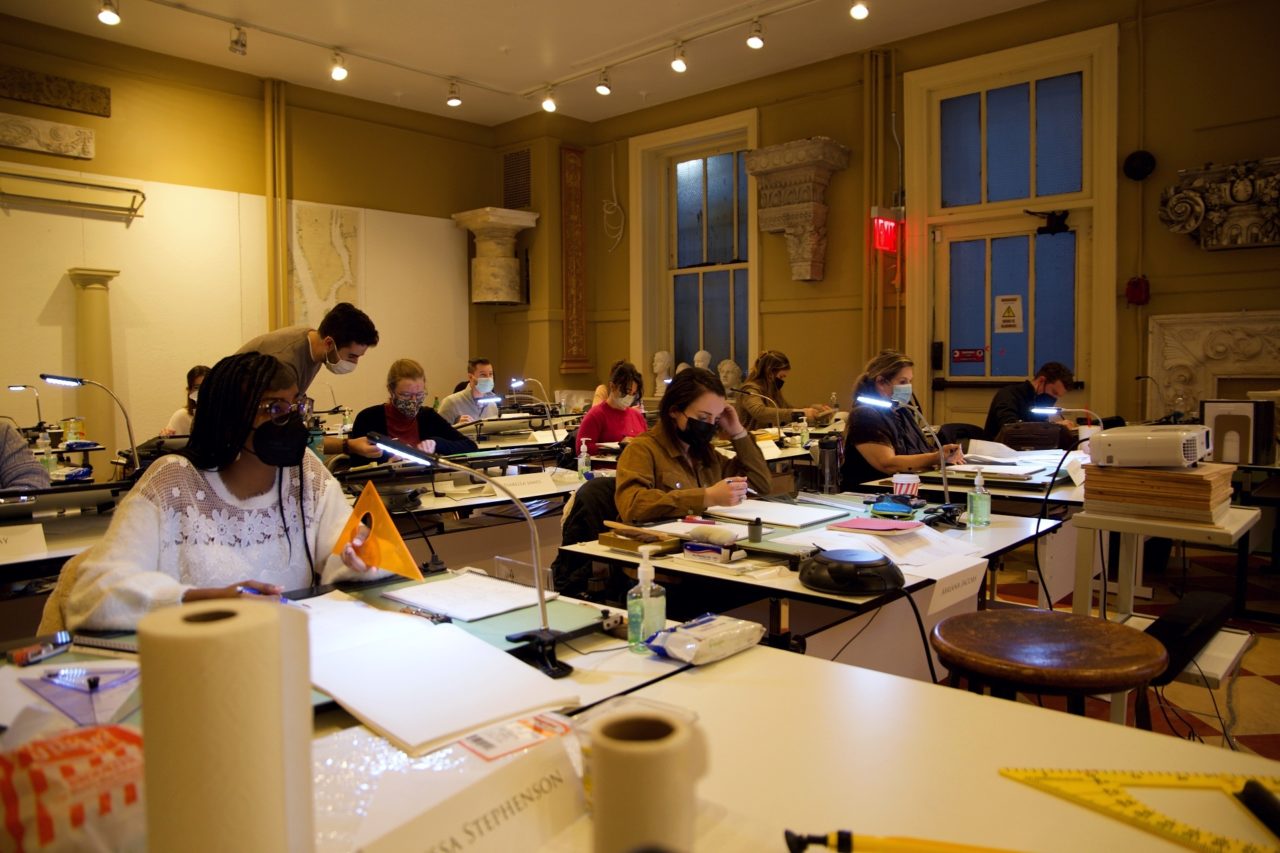 The ICAA was excited to recently hold the New York Intensive in Classical Architecture. The ICAA's longest-running program, the Intensive is an eight-day immersion in the core curriculum that is especially designed for professionals and students with limited time seeking a methodical introduction to the language of classical architecture. The 2022 course, which ran January 8–15, marks the return of the New York City program after its postponement in 2021.

In addition to a variety of strict safety precautions, the program featured a restricted cohort of 15 participants in order to allow for social distancing throughout each class. The cohort included participants from nine states and Canada, with many coming from Colorado, Florida, and California. The fields of architecture, interior design, and construction were all represented, in addition to undergraduate and graduate-level architecture students. The breadth of participant backgrounds demonstrated the avidity for classicism found across design fields and across the country. 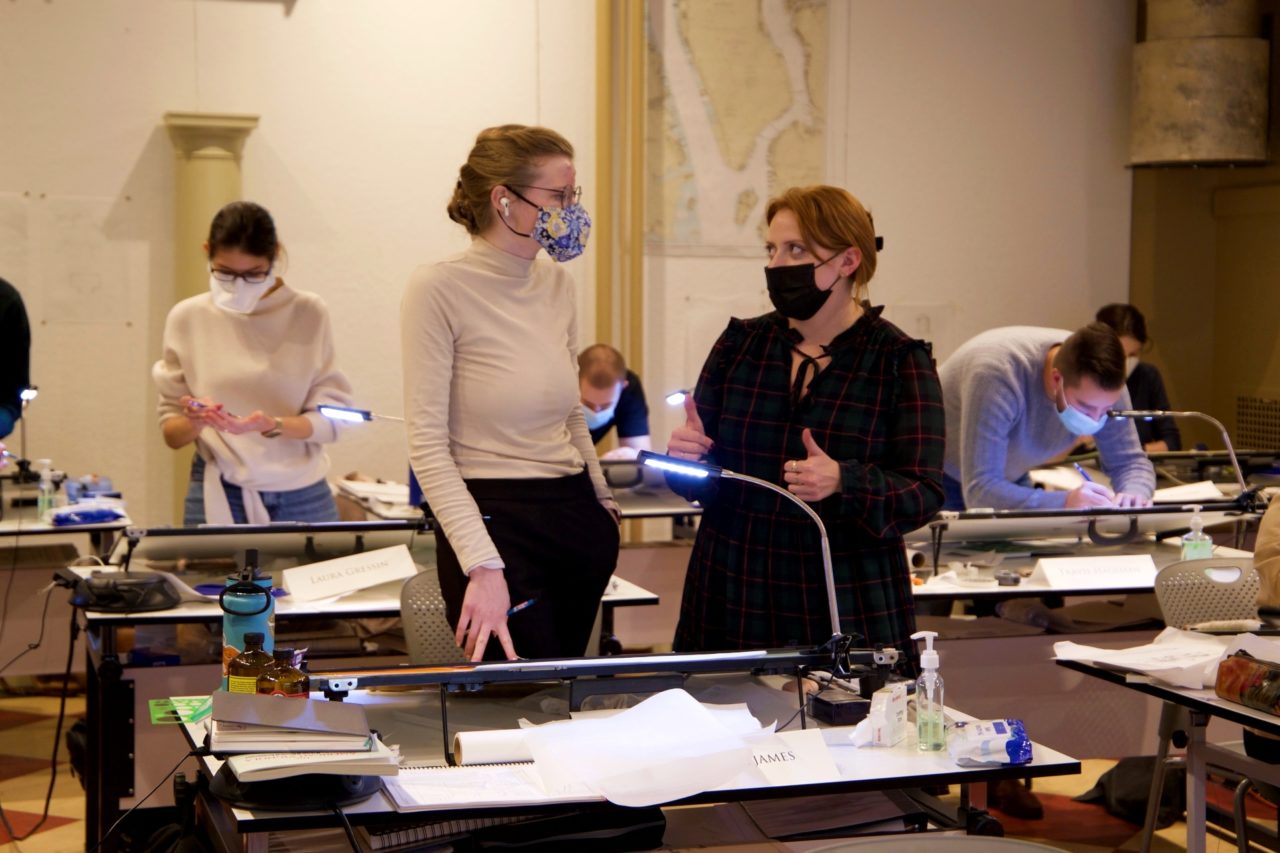 "The ICAA Winter Intensive covered an impressive amount of material in a short time. The course has given me new ideas on proportional relationships, and bolstered my confidence in applying classical principles in my work," wrote Christopher Tritt, a participant in the 2022 program. 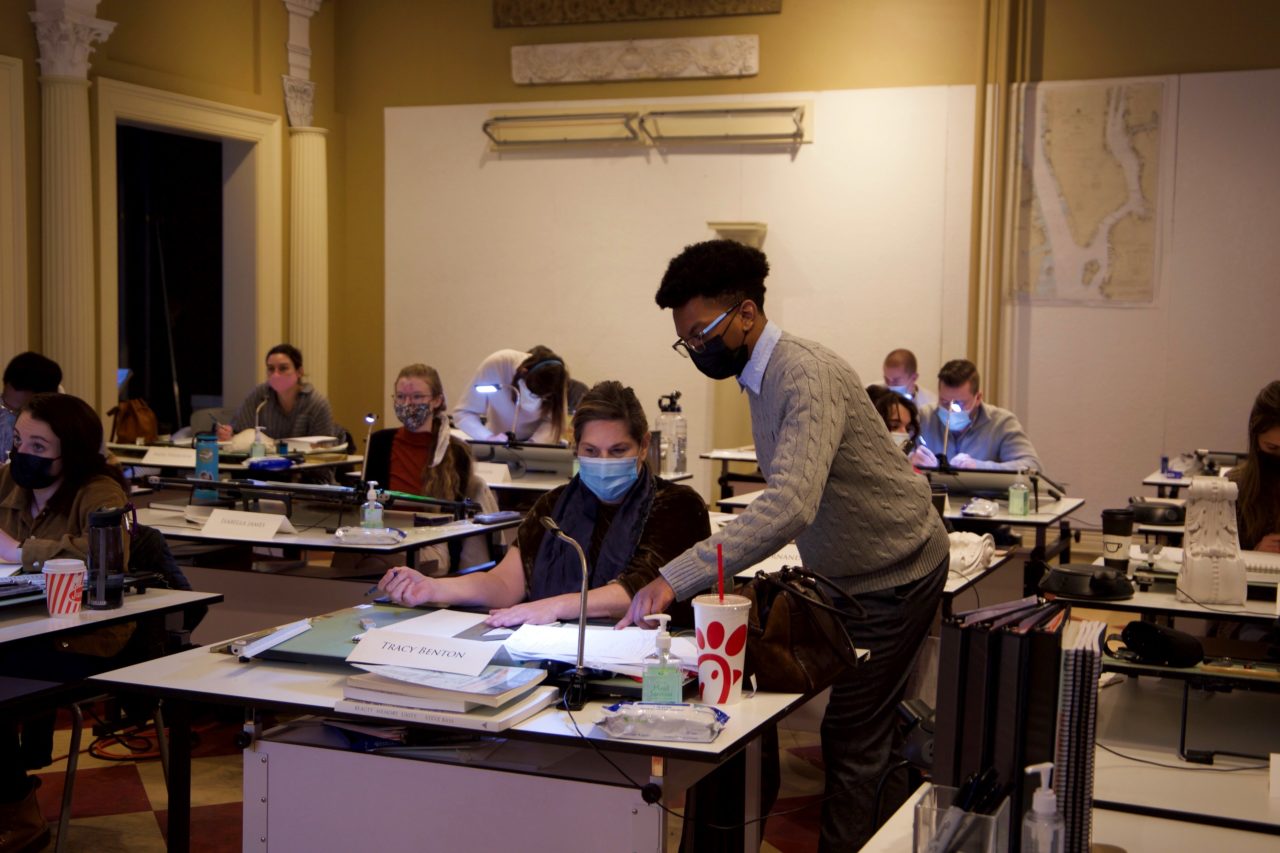 Teaching Assistant Jarrett Thomas helps a participant with a question.

This year's Intensive also served as a pilot for the ICAA's development of a more structured Teaching Assistant program. The Teaching Assistant role, which has been available through a variety of ICAA events for several years, provides an opportunity for emerging professionals to become more involved in the ICAA's educational programs, assist instructors, and learn how to teach classical design skills. With the expanded program launching this year, the ICAA is performing additional outreach about opportunities, and Teaching Assistants will be provided with a focused path towards instructor positions. The pilot program at the Intensive allowed for an expanded number of Teaching Assistants in the proportion and elements subject areas as well as additional training for those involved. 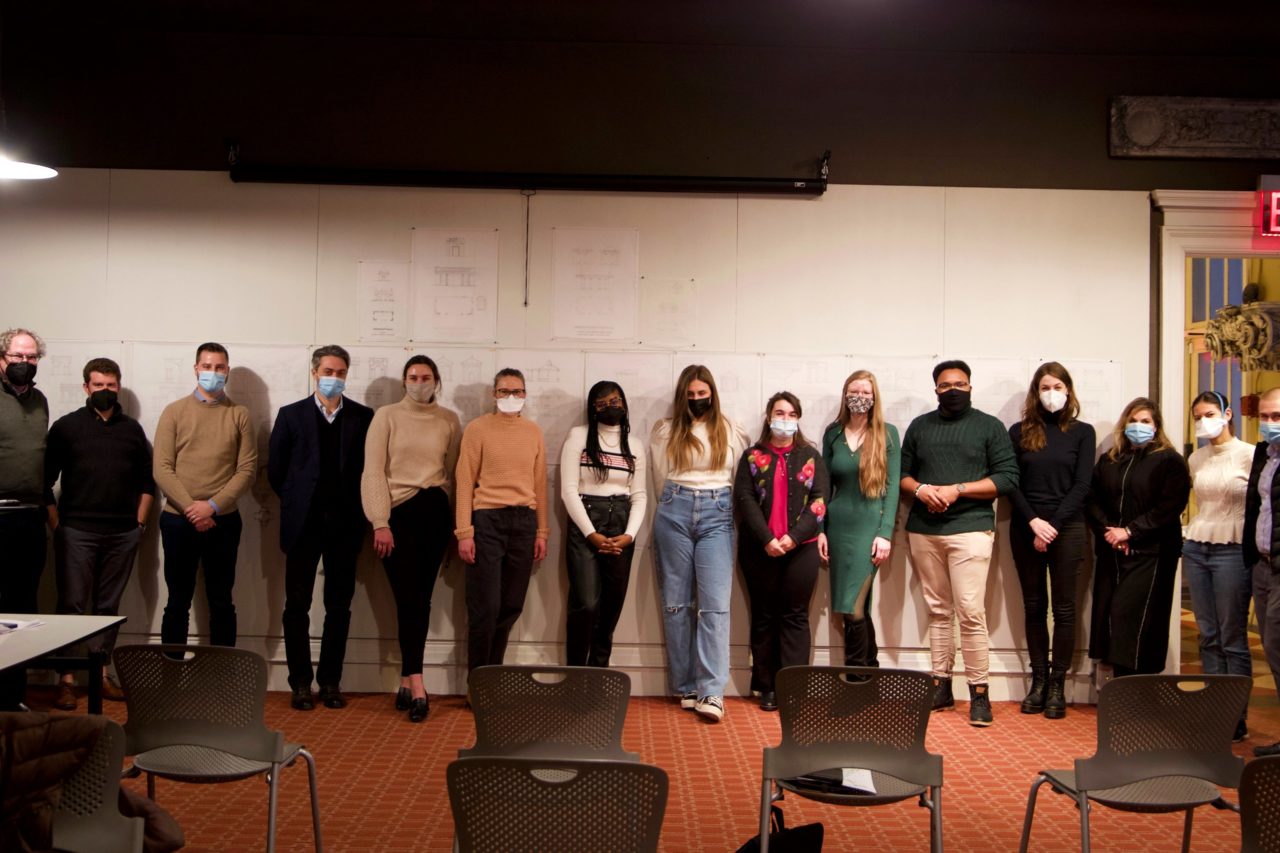 The participants stand in front of their projects after the final review.

The ICAA looks forward to continuing the ongoing series of Intensive programs with the 2022 Regional Intensive this fall and the 2023 New York Intensive next January. 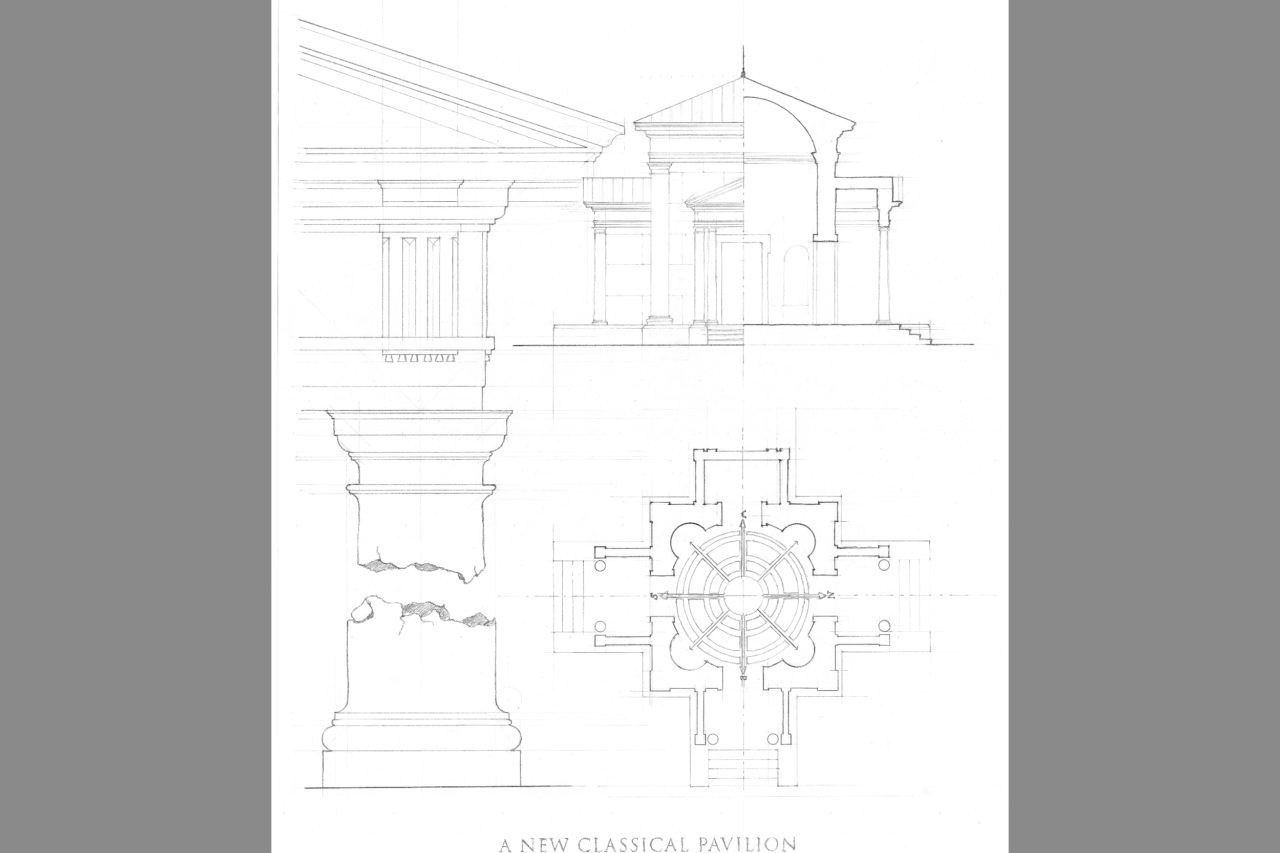 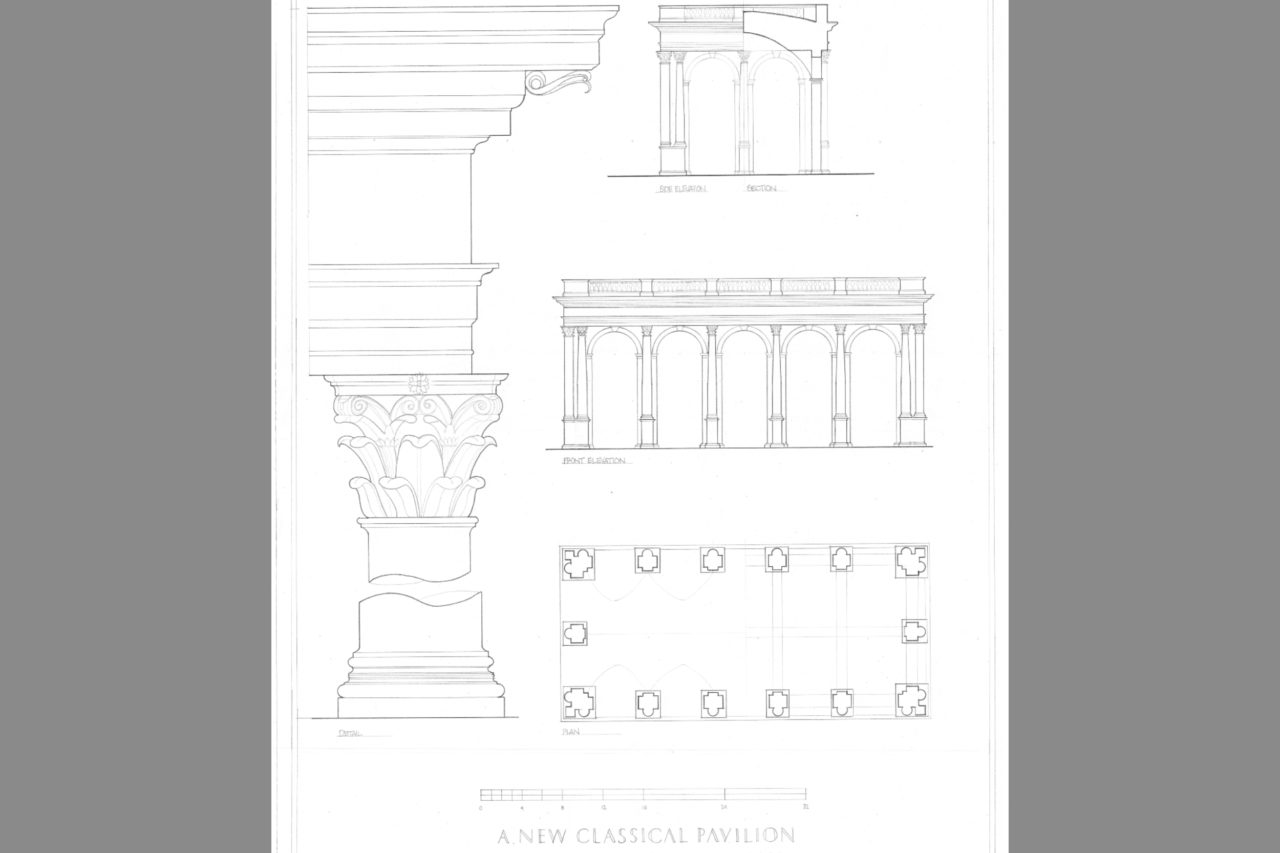 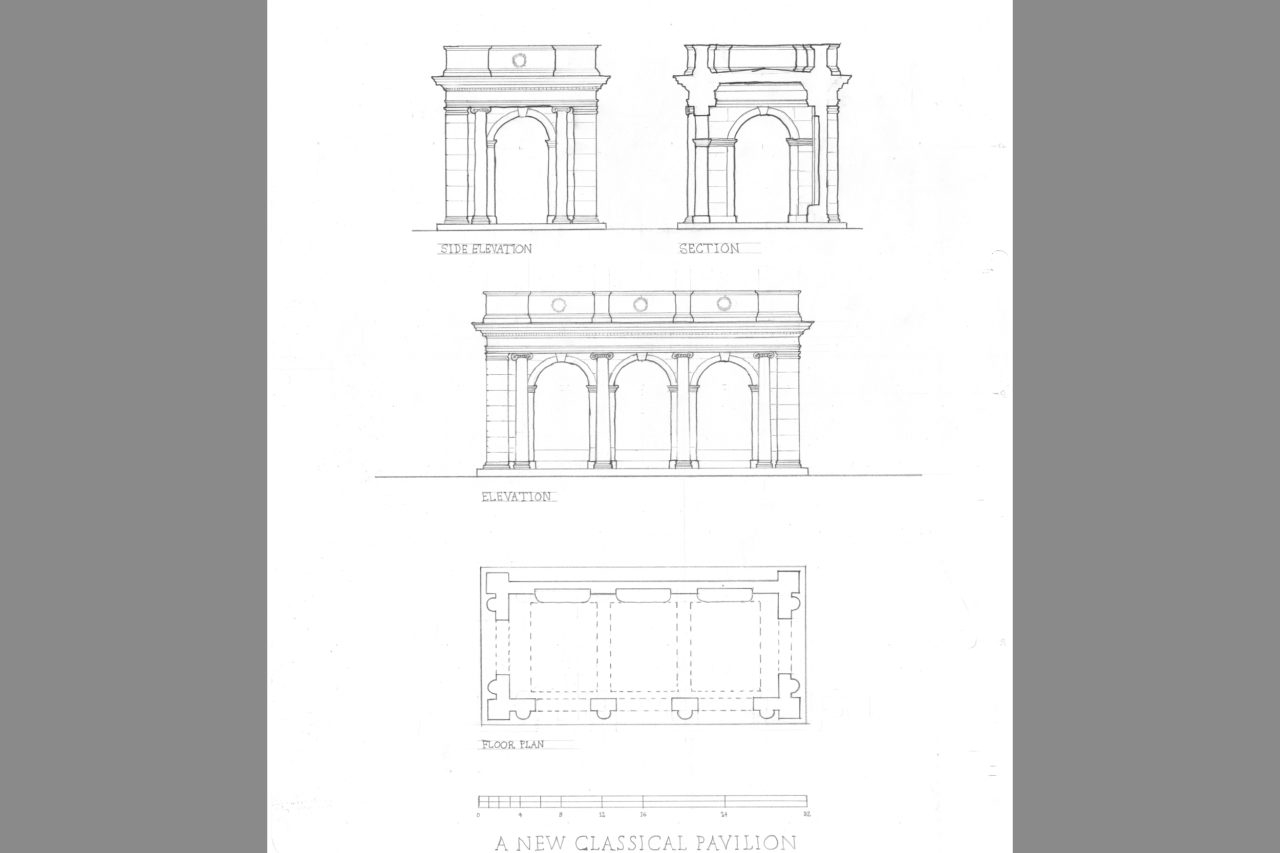 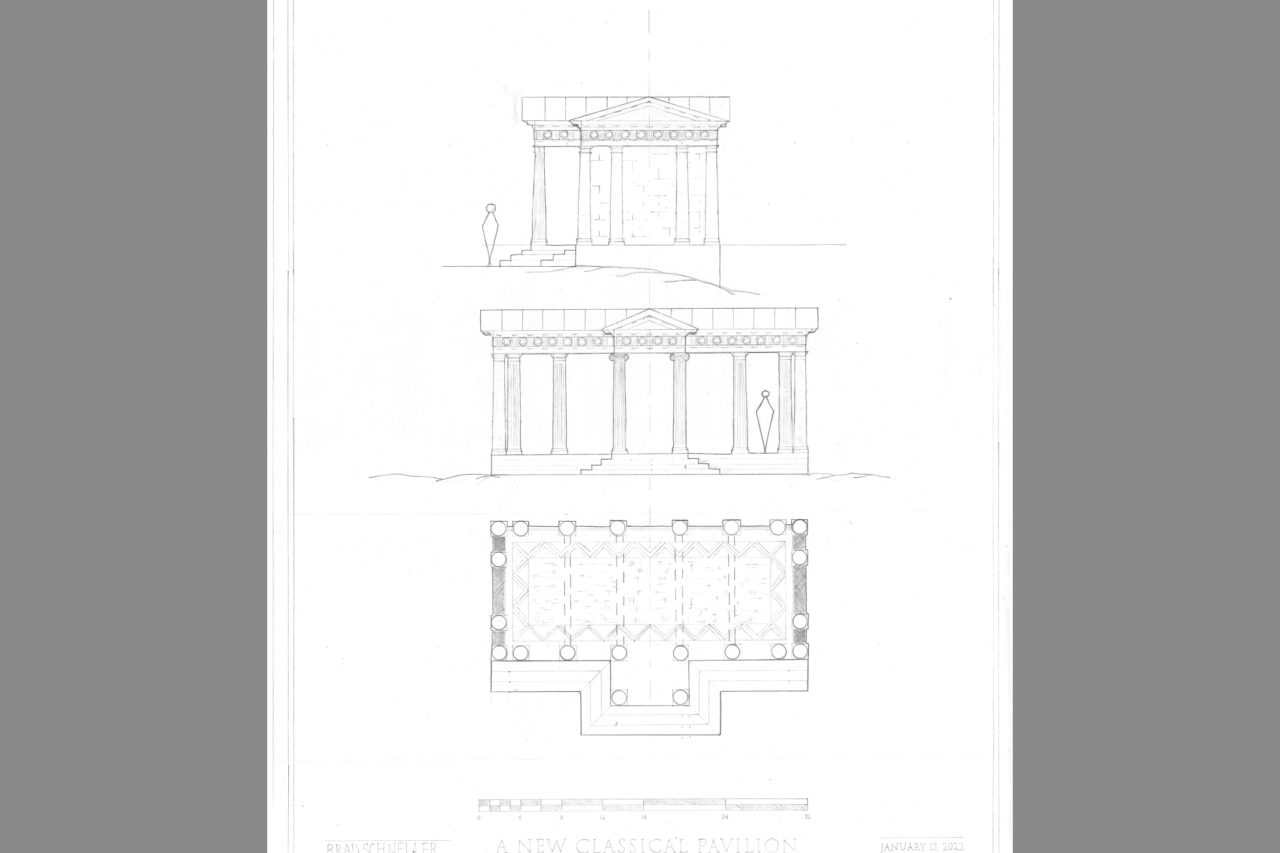 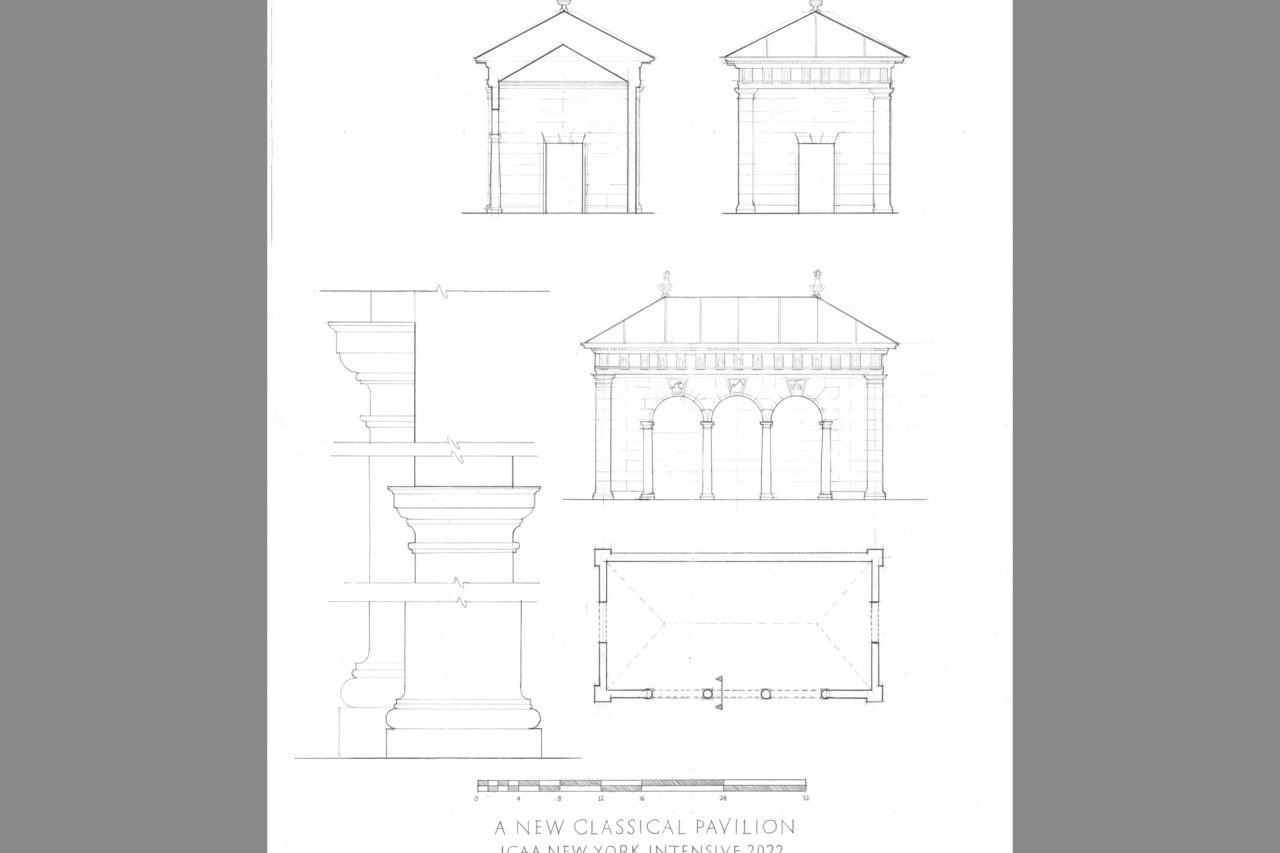