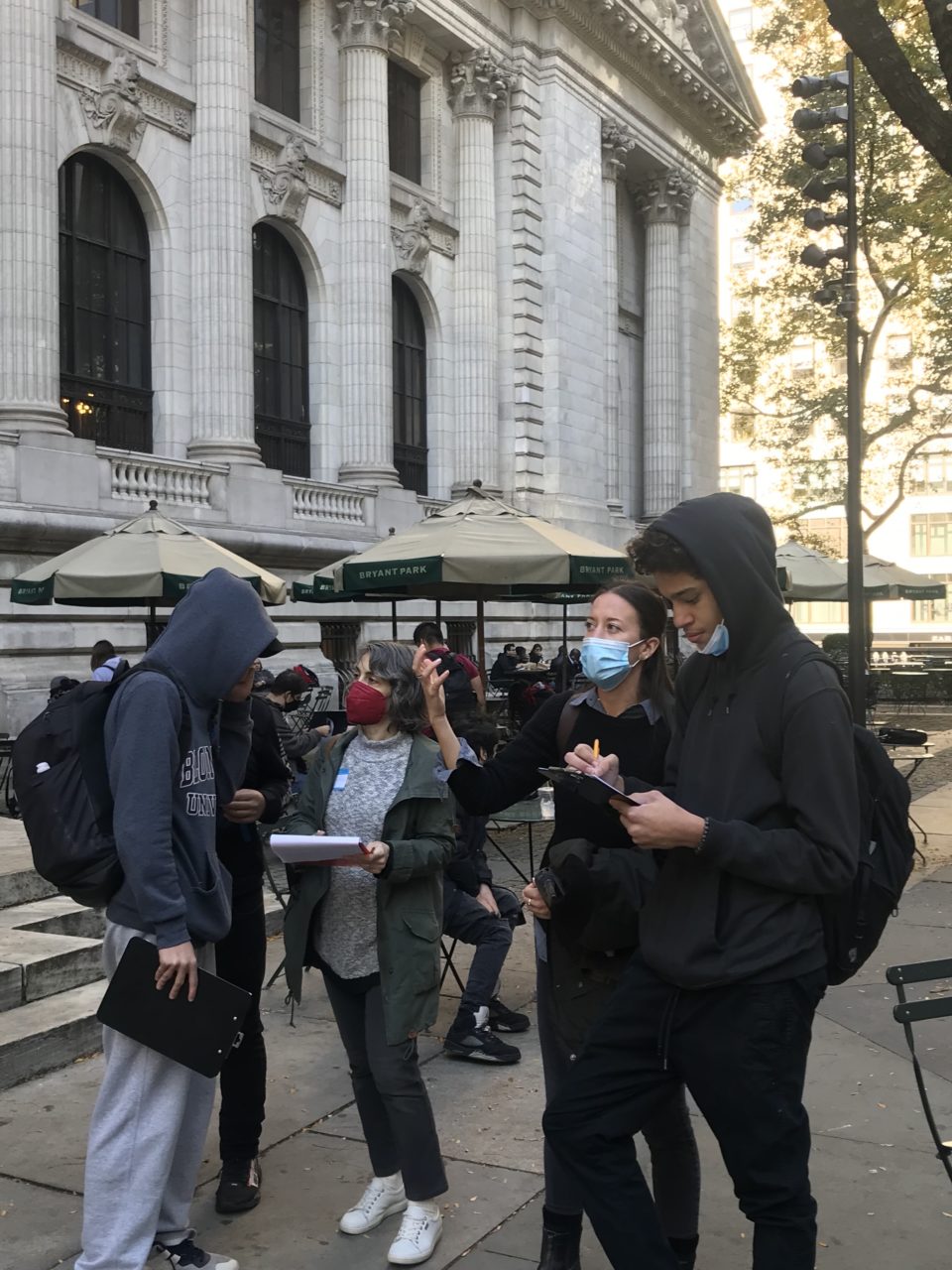 Craftspeople and architects have always worked together, and the historic structures that have defined New York City are the living evidence of that collaboration. This past November, the 11th grade students of Mather Building Arts & Craftsmanship High School visited the ICAA for an iteration of The Grand Tour, and dove into a one day exploration of that link, learning about the classical architectural history, artisans, and trades that went into creating two key New York City buildings, The New York Public Library and Grand Central Terminal.

The Grand Tour began in 2019 as a one-day program that leads students through activities, discussions, and walking tours of the classical landmarks of their home city, prompting them to look at their own built environment through fresh eyes. With each program tailored to their specific cities, The Grand Tour with Mather was further tailored to this program’s students, as Mather’s unique curriculum as one of New York City’s Career and Technical Education High Schools meant that the students who arrived at the ICAA in November came as budding craftspeople themselves. 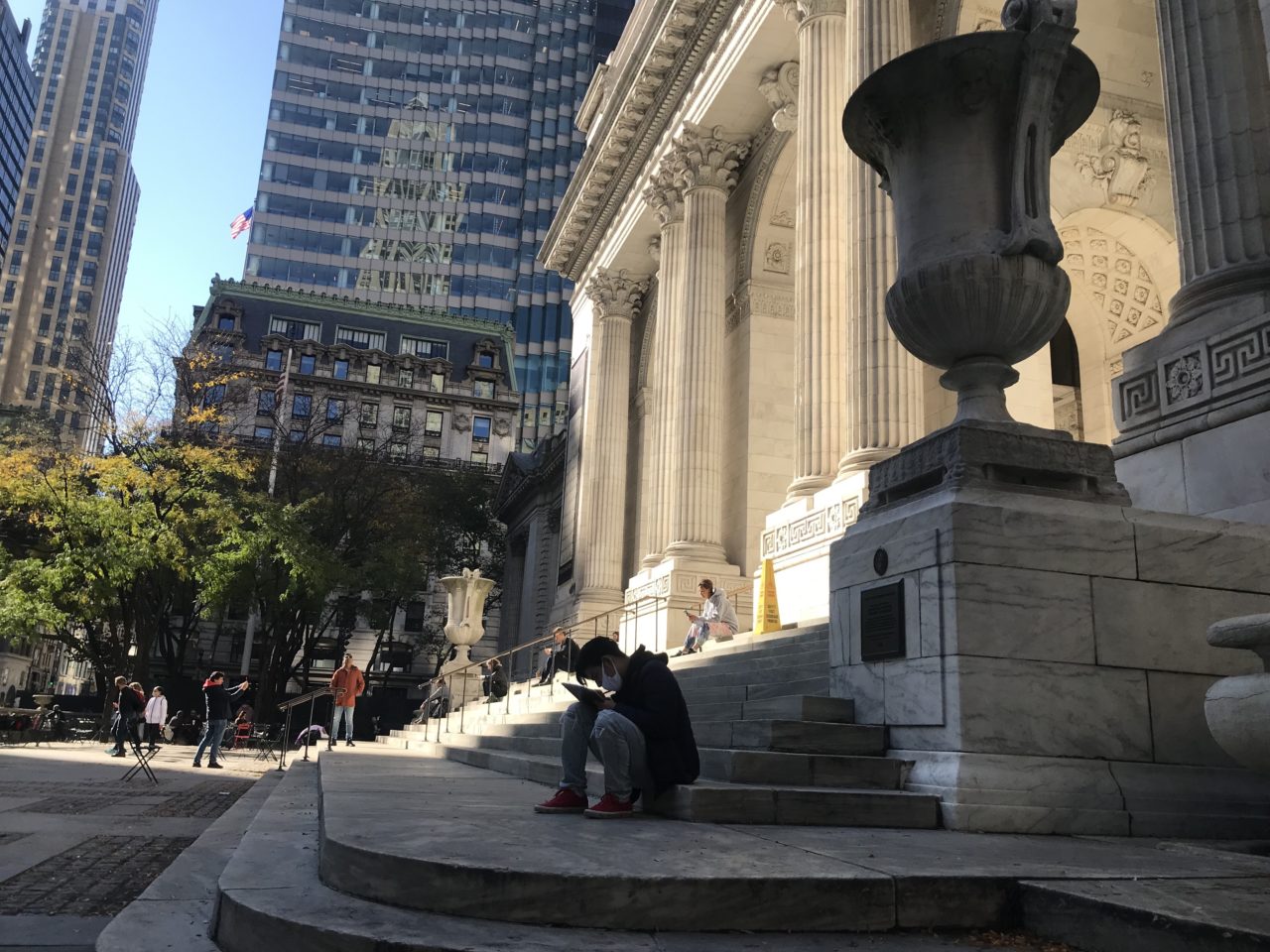 With the prior experience of Mather’s students in mind, The Grand Tour: Crafting Classical New York introduced students not just to the language and forms of classical design, but to the crafts that brought them to life and continue to keep them vibrant landmarks. The day began with a session about the history of classical architecture held in the ICAA’s Cast Hall Gallery. Thanks to the casts, discussions about the classical orders were brought to life through historic 19th-century examples that the students could examine up close. Then, armed with a new vocabulary and background knowledge about the architecture that emerged from the ancient world, the students ventured out of the Cast Hall to the New York Public Library, where they recognized how the classical orders were employed in the construction of this key building. The students also unpacked how the artisans and architects who constructed this building added imagery and decoration that were specific to the purpose of the library, including allegorical sculptures, inscriptions, and details that served to delight and inspire visitors to the hall of learning. Running with that concept of the customization of the orders, the students then took on a drawing exercise in situ, using the facade of the NYPL as inspiration as they created their own column capitals and entablatures featuring motifs and details specific to their own lives.

After lunch, students then turned their attention to the crafts that both went into creating these buildings back in the 19th century and serve to preserve the historic structures today. Under the instruction of Lauren Dillon, a master plasterer from South Carolina, the walking tour went to Grand Central Terminal, before leading the students through an afternoon of projects using multiple plastering techniques.

Not only did students get to use the same types of tools and materials that plaster craftspeople have been using for the thousands of years that plaster and classical architecture have coexisted, but they also got to experience first hand a craft that is still a contemporary trade. With the new skills of pouring plaster molds and hawk and trowel work under their belts, hopefully this first cohort of Mather students and Grand Tour alumni will enter the craft armed with the knowledge of classical design and a current craft that helps keep the tradition alive.