The New England Chapter of the Institute of Classical Architecture & Art is pleased to announce the combined 2020 & 2021 Bulfinch Awards.

The Bulfinch Awards recognize practitioners from across the nation who are committed to promoting excellence in the classical tradition and allied arts within New England. All eligible projects work toward building upon the legacy of Boston's early Federal architect, Charles Bulfinch, who is widely regarded to be the first native-born American to work in the field professionally. Initiated in 2010 and modeled on the ICAA’s Arthur Ross Awards, the New England Bulfinch Awards program is an annual competition. The winners of the Bulfinch Awards will be recognized at a ceremonial reception and dinner gala on October 2nd, 2021 in the Harvard Hall at the Harvard Club of Boston which was designed by Parker, Thomas & Rice.

Since Alexa Hampton took the reins of Mark Hampton, her father’s iconic firm, as owner and president in 1998, she has advanced its legacy of elegant, practical, classically based interiors for modern living – and extended its global reach. From New York City to Hangzhou, China, her project portfolio encompasses luxe, beautifully layered urban apartments, expansive town and country residences, private airplanes, and yachts. Regularly named to Architectural Digest’s AD100 and House Beautiful’s Top Designer list as well as Elle Décor’s A-List, Hampton translates the classical principles of good design and decoration into some of today’s most elegant, enduring, and functional domestic landscapes.

Anne Fairfax AIA, RIBA is a principal with Fairfax & Sammons Architects. Her firm is internationally recognized for its classically inspired design in the contemporary domestic realm. Anne has just completed a Master's degree in Sustainable Urban Development at Oxford University which will inform the urban design focus of the studio in neighborhood regeneration. The firm has been a recipient of numerous awards in residential and urban design, including the Arthur Ross Award for lifetime achievement.

As a founding principal of Curtis & Windham Architects, Russell Windham has established a practice committed to the classical tradition. From his wide-ranging travels, work, and study of both European and American architecture he combines a sculptor’s sense of scale and proportion with a deep interest and understanding of architectural styles and ornamentation. For Mr. Windham, what takes a building beyond mere structure and elevates it to an architectural experience is applying with a skillful hand, lessons learned from the study and appreciation of traditional and classical architecture. A native Texan, his early architectural career was formed in London and the East Coast before returning to Houston to collaborate with William Curtis in 1992.

Mr. Windham is a member of the Institute of Classical Architecture & Art and has served as President of the Texas Chapter, as well as the Board of Directors for the national organization. In 1999, he and William Curtis received that organization’s Arthur Ross Award, which honors architects working in the classical tradition. He has lectured and exhibited in Texas, Rome, and at the Institute of Classical Architecture & Art in New York. He has published work in Architectural Digest and Southern Accents, also in The Art of Classical Details, a book by Phillip James Dodd. A graduate of Texas Tech University, Mr. Windham has served on juries at various architecture schools throughout the United States. He is a member of the Rice Design Alliance, and a Trustee of the Post Oak Montessori School.

Born and raised in New York City, Janice Parker grew up studying the natural and urban environment. While studying at Parsons School of Design, and with John Brookes at the Clock House School of Garden Design in England she worked in the floral business, designing extensively for public and private events and spaces. These experiences solidified her passions for landscape design, and in 1984 she officially launched her landscape design firm. She chose the unique journey of gaining her landscape architecture license through independent training, practical experience and mentorship from other respected professionals in the field of design. Janice has conceptualized and directed innovative landscape architecture for private and public clients across the world. Her work has been featured in Architectural Digest, The New York Times, Veranda, The Washington Post Online, Vogue, and Luxe Interiors + Design - to name a few. In 2017 Images Publishing released “Designing A Vision” which is authored by Janice Parker and showcases the firm’s work. Janice has been honored with multiple awards including the Institute of Classical Architecture & Art’s Stanford White Award (3 times), Veranda’s Outdoor Award, and the American Society of Landscape Architecture’s Professional Merit Award (3 times).

Daniela Voith, FAIA, LEED AP BD+C, IIDA, has dedicated her career to promoting the advancement of traditional design for beautiful and functional environments that are simultaneously innovative and sustainable. She is a founding principal of Voith & Mactavish Architects and was recently appointed as a board member of the Philadelphia Chapter of the Institute for Classical Architecture & Art. Her work has earned national accolades for projects ranging from single-family homes to significant new academic buildings and cultural centers. As an industry leader, Daniela speaks regularly on topics like interior design and innovation within the context of traditional architecture.

Thomas A. Kligerman grew up on the East Coast and spent his high school years living in New Mexico. He received his Bachelor of Arts from Columbia University and his Master of Architecture from Yale School of Architecture. Before co-founding Ike Kligerman Barkley, Tom loves to travel and has lived abroad in England and France. In 2017, he spent six weeks in Italy as a Visiting Scholar at The American Academy in Rome. Tom serves on the board of several charitable and educational institutions. He lectures frequently across the country on many topics including the cultural and architectural history of Cuba, the influence of the Shingle Style in American design as well as the intersection of modern and traditional architecture.

Michael is the principal architect of Michael G. Imber, Architects, PLLC, a modern classical design firm based in San Antonio, Texas, recognized for a body of work that is strong in historic sentiment yet modern in its execution.

Michael has been honored with numerous local and national design awards, notably being honored with the lifetime Arthur Ross Award for his enduring commitment to the classical tradition in residential architecture, civic buildings and neighborhood design. He was inducted into the American Institute of Architects' College of Fellows for his contribution to American design as well as being honored with the Texas Society of Architects' William W. Caudill, FAIA award for his achievements as a young architect and for his contributions to the American Institute of Architects. He has won four Palladio Awards for Outstanding Achievement in Traditional Design as well as numerous Texas ICA&A Staub Awards.

Michael is equally known for his idyllic ranch and country houses throughout Texas and the western United States as for his for his coastal residences and luxury resorts around the world receiving much recognition for their sensitivity to culture, landscape, material, and craft. He was named “Master of the House” by Southern Accents Magazine and was the designer of the 2009 “Idea House” in Galveston, Texas for Coastal Living Magazine, as well as the 2011 “Idea House” for Southern Living Magazine.

Michael is an NCARB-registered architect and licensed in the state of Texas, Colorado, Florida, California, Mississippi, Maine, New Mexico, Utah, Arkansas, Illinois, Ohio, South Carolina, Tennessee, and Washington D.C.. He is a founding counselor of The Congress of Residential Architects, the founding president of The Institute of Classical Architecture & Art, Texas Chapter, he serves on the visiting committee for European Art at the San Antonio Museum of Art and is a current board member of the Design Leadership Network and the Lutyens Trust of America Advisory Board.

His work has been featured in many local and national publications such as ELLE DECOR, Coastal Living, New Old House, Texas Architect, Western Interiors, Southern Accents, and Period Homes. He is most pleased with the publication by author Elizabeth Dowling and Rizzoli Press of a monograph of his work, Michael G. Imber: Ranches, Villas, and Houses.

An architect with experience in planning and historic preservation in both public and private sectors, Luebke served previously as the City Architect for Alexandria, Virginia, where he was responsible for design review of all new public and large-scale private development projects in the city, including the Potomac Yard and Carlyle districts. In the private sector, Mr. Luebke’s professional focus was as a designer on institutional, commercial, and high-rise projects for such firms as SOM, Hartman-Cox, and Leo A Daly, where he led the design for the 45-story First National Tower in Omaha, Nebraska, completed in 2002 and winner of an AIA honor award for design in 2004. He served previously as executive director of the Mayors’ Institute on City Design, an urban design forum sponsored by the National Endowment for the Arts.

Luebke is a Phi Beta Kappa and honors graduate of Washington University in St. Louis, and he graduated with a master in architecture degree from the Harvard University Graduate School of Design, where he was a teaching fellow in architectural history. He was a visiting scholar at the American Academy in Rome in 2010 and a 2014 recipient of the Likhachev Foundation Cultural Fellowship in St. Petersburg, Russia. He served as president of the board of the Washington Architectural Foundation, a non-profit organization of architects serving the Washington, DC community, where he led the transformation of the institution’s mission as the District Architecture Center. He was named a Fellow of the American Institute of Architects in 2011, and was honored with the Institute's Thomas Jefferson Award for Public Architecture in 2015.

Prof. Carroll William Westfall came to Notre Dame in 1998 as Frank Montana Professor and Chairman of the School of Architecture. He served as Chairman from 1998 to 2002.

Before coming to Notre Dame, Prof. Westfall taught at Amherst College, the University of Illinois in Chicago, and, since 1982, at the University of Virginia. His undergraduate training at the University of California was followed by completion of a Master's degree at the University of Manchester (thesis topic: "The Greek Revival Movement in Italian Architecture: 1750) and a Ph.D. at Columbia University (1967 dissertation: "The Two Ideal Cities in the Early Renaissance: Republic and Ducal Thought in Quattrocento Architectural Treatises" prepared under the supervision of Professors R. Wittkower and P.O. Kristeller). His initial work led to numerous articles and a book, In This Most Perfect Paradise (Penn State University Press, 1974), a study of Renaissance Rome. His more recent studies of the relationship between the history, theory, and practice of architecture are found in his contribution to the 1991 book Architectural Principles in the Age of Historicism (Yale University Press), written with Robert Jan van Pelt.

A central theme of all of his studies has been the history of the city with particular attention to the reciprocity between the political life and the urban and architectural elements that serve the needs of citizens. His emphasis is on the usefulness of knowledge of history to practicing architects. This, rather than a stylistically based interpretation of the history of architecture, has informed all of his work. His current interests are concentrated on the architects capacity to nourish the Christian faith and on tradition and classicism in architecture and the American city with special attention to the role of Thomas Jefferson in founding a distinctive American architecture to serve a unique nation.

Familiarly known as Bill, Prof. Westfall was born in Fresno, California December 23,1937. Married since 1982 to Relling Rossi Westfall, they have two sons, Nicholas William (b. 1991) and John Salvatore (1995). He maintains his membership at Saint Thomas Episcopal Church, Richmond, Virginia. 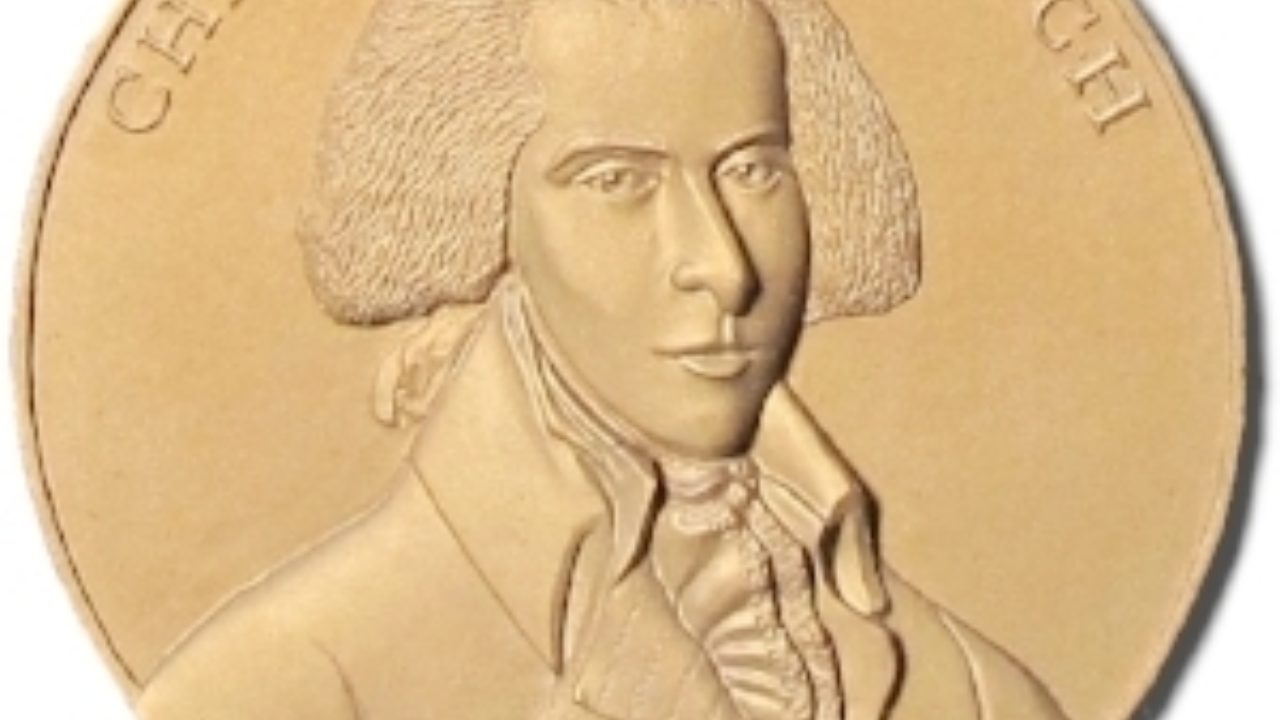