Hosted by the Utah Chapter and the Beaux-Arts Academy

The ICAA Utah Chapter welcomes artists and students to the Big Hat Ranch in Cody, Wyoming for the annual Thomas Moran Fellowship Plein Air Painting Retreat with the Beaux Arts Academy. Following in the tradition of artists from the Hudson River School and others throughout history, contemporary artists from Utah will leave the walls of their studio for a full week painting landscapes “en plein air.”

Join us for painting tutorials with guest artists
JULY 6-10, 2020

Follow @classicistutah on social media for video tutorials during the retreat! Each artist will shared technique and advice for painting landscapes in oil.

Born in 1982, Joshua grew up drawing and was rarely without a pencil and paper, but it wasn’t until he began studying art at BYU-Idaho that he began painting. That first oil painting class included a trip to the galleries in Jackson Hole (his first visit to an art gallery or museum) and completely changed the course of his life. Since graduating with a BFA in illustration from BYU-Idaho in 2007 Josh has been supporting himself and his family with art–and he thanks God every day for that remarkable blessing.

Born in 1979 in Wyoming and living most of my life in Idaho my interest in art came at about six years old. I am very grateful to my parents who were instrumental in encouraging my interest and development in art even when resources were scarce. In 2006 I received my BFA from Brigham Young University Idaho. I credit the knowledgeable and student oriented faculty of the BYU-I art department for giving me “the tools all representational artist must have to open the door to communicating in the visual arts”.

David Dibble (b. 1977) was raised on a farm in Davis County, Utah, where he was influenced by the landscape from an early age. Formal Art education was followed by six years as a color artist for Blue Sky Studios (20th Century Fox), and six years teaching Illustration at Brigham Young University. David and his family now reside in Orem, Utah, where he paints full time and works to bring awareness to the beauty and nobility of agriculture as well as the challenges facing farmers and communities in contemporary society.

Painting for me is about expressing a feeling or emotion through visual means. Perhaps it is the beauty of light moving across the form or a harmony of color. It may be a lyricism to the design that strikes an emotional chord in me, or the striking contrast of value and color, etc. The juxtaposition of things; a figure in the landscape, or contrasting figures, like young verses old, or work versus play, can really add to the meaning of a piece. My purpose in painting is to communicate the emotions and beauty that I experience to the viewer with the hope that the painting will trigger a similar emotional response in them. Ultimately, I hope my work uplifts and inspires.

Joseph F. Brickey was born on June 11, 1973 to Wayne and Joanne Brickey and currently resides in Provo, Utah, with his wife and four children. His award winning paintings have appeared in various publications and museums; he has found success and respect in painting many subjects, but considers creating religious artwork his greatest honor as an artist, including for LDS temples throughout the world. Joseph paints in a style reminiscent of the old masters, using classical form and composition to create art filled with symbolism. He believes that “art should both measure up in the museum and capture the common heart. The greatest art is that which generates the greatest good.”

THANK YOU TO OUR GENEROUS SPONSORS AND PARTNERS: 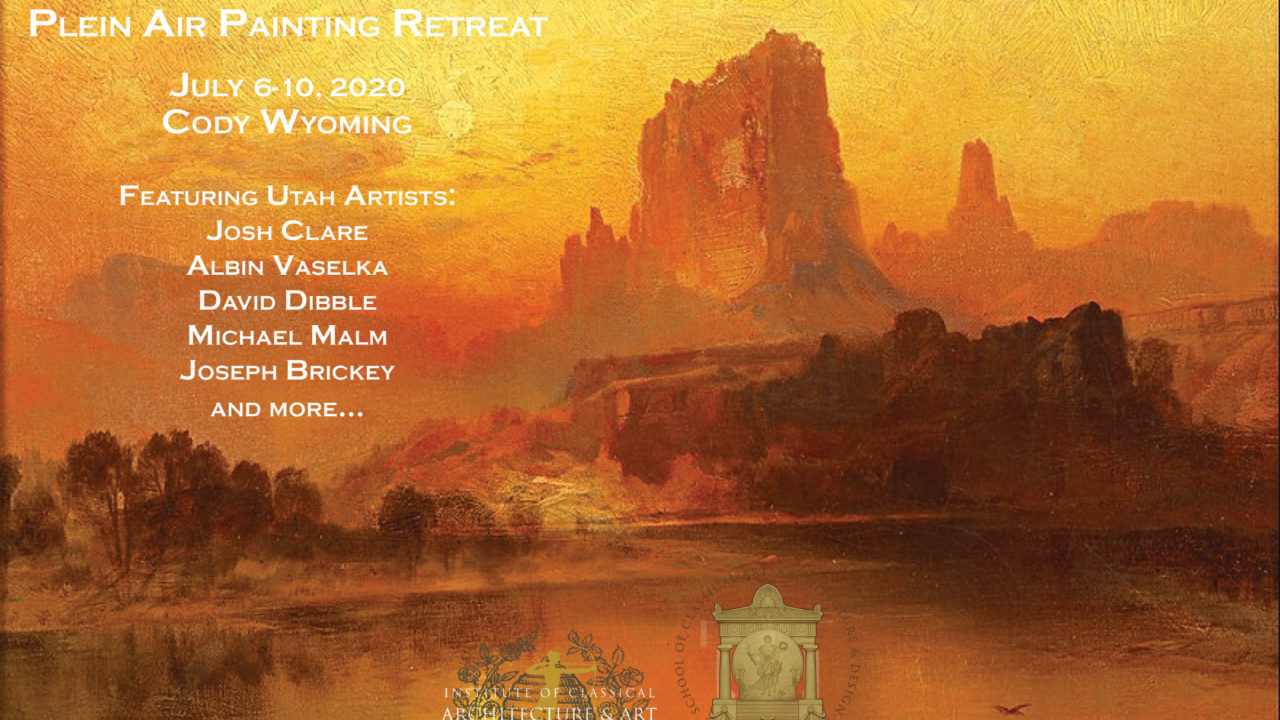