We will be following the latest social distancing guidelines as communicated by the City of Denver and the State of Colorado.

Saint Andrew’s Episcopal Church at 2015 Glenarm Place, sits at the doorstep of Denver’s Five Points neighborhood. Formally Trinity Memorial Church, this Gothic Revival design is the only building in Colorado that was designed by Ralph Adams Cram. The church, dedicated in 1909, was commissioned by railroad magnate Alexis Dupont Parker as a memorial to his wife.

The church is small, approximately 40 by 70 feet, and L-shaped. It is made of red Harvard brick with limestone serving as lintels and decorative banding. The front faces Glenarm where a single wooden door stands as the entrance situated in an ornate wood-trimmed opening. A square tower east of the entrance bears a large arched gothic window. The opposite façade holds a smaller rose window. The windows made in 1908 by Frank Watkins are leaded quarry windows with textured green glass from pre-World War I Germany. St. Andrew’s bell is one of the largest and most beautifully toned in Denver.

The Cram building design includes a long, narrow niche outside the front door of the church. During the 1920s-1930s local artist Marion Buchan made two sculptures for St Andrew’s Episcopal Church. Her Gothic Virgin was created to fit the outdoor niche. In the early 1990s, it was brought indoors and restored from its weathering damage. It resides in the side chapel to the left of the altar. Marion Buchan’s second sculpture, The Byzantine Madonna, stands to the right of the lectern on the north side of the nave. The Sorrowful Mother painting – a santo on the wall and the Monastic Stalls made by Franciscans were part of the art collection of the Order of the Holy Family during its existence from 1969-1984. At this time, the building was renamed St. Andrew’s Abbey and ministered to the needs of young people living on the streets of Denver. In the mid-1980s, the name reverted back to St. Andrew’s Episcopal Church.

Jacques Benedict designed the parish house to the left of the church in 1928. He was commissioned to build a clergy house for the Rev. Neil Stanley. The Benedict building served as a rectory (clergy house) for almost 60 years before being transitioned into a parish house for offices and meetings.

The ICAA RMC Emerging Professionals Group is tailored to those within the first 5 years of their career, regardless of age, or those emerging into new areas of their career. Our new EP Group is focused on creating a community to further expose individuals to the practice and appreciation of the classical tradition in architecture and the allied arts in our region. Through social events, lectures, studio tours and more we will create opportunities for emerging professionals to grow through continuing education and professional development within the ICAA network. 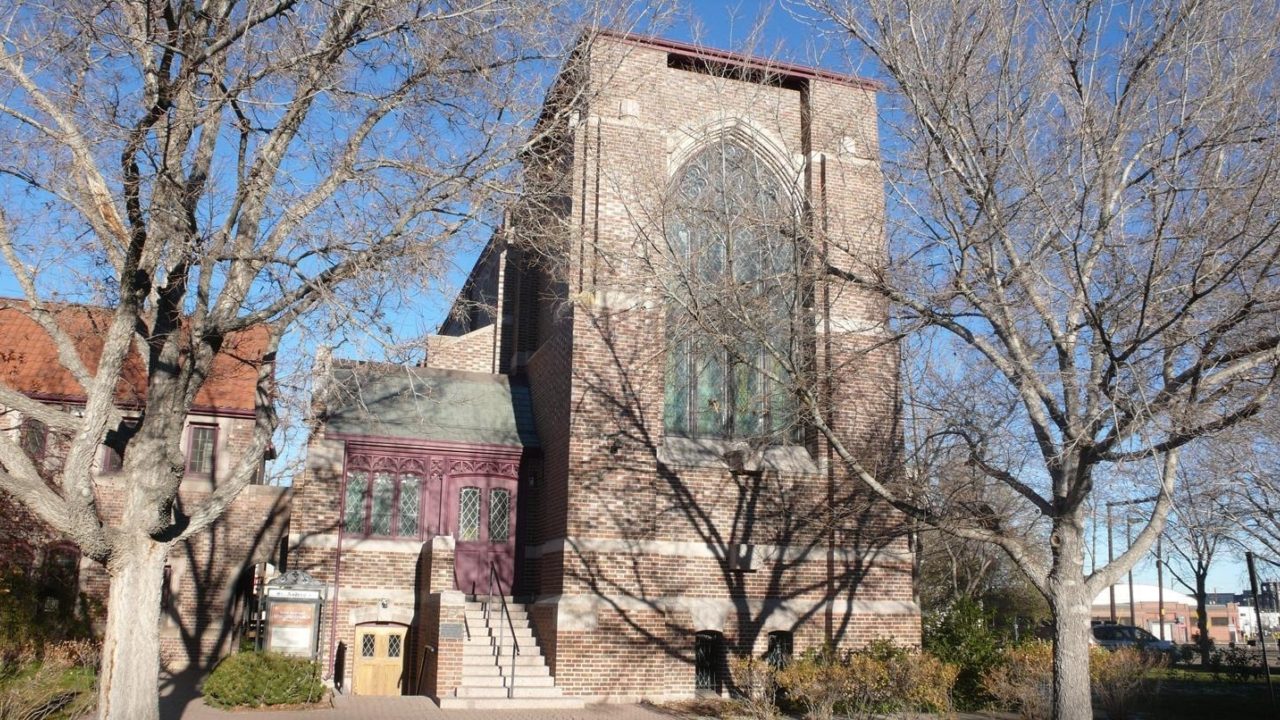