The Graphite & Grits prompt for this week is the Alhambra Palace in Granada, Spain. Last visited by the ICAA travel program in 2017, the Alhambra consists of the Nasrid Palaces, Charles I & V Palace, Alcazaba, the Summer Palace and Generalife gardens. Originally constructed as a small fortress in 889 AD on the remains of Roman fortifications the complex was largely ignored until its ruins were renovated and rebuilt in the mid-13th century by the Nasrid emir Mohammed ben Al-Ahmar the Emirate of Granada, who built its current palace and walls with many beautiful, intricate details.

In 1492, the site became the Royal Court of Ferdinand and Isabella, the palaces were partially altered in the Renaissance style. In 1526 Charles V commissioned a new Renaissance palace that was never completed.

It is now one of Spain's major tourist attractions, exhibiting the country's most significant and well-known Islamic architecture and is a testament to Moorish culture in Spain and the skills of Muslim, Jewish, and Christian artisans, craftsmen, and builders of their era.

The interior decoration consists of Arabic inscriptions—mostly poems that are manipulated into geometrical patterns with vegetal background. Much of this ornament is carved plaster rather than stone. Tile mosaics with complicated mathematical patterns are largely used as paneling for the lower walls.

The Alhambra has inspired literature, music, mathematics and art including the work of M.C. Escher, and has served as the set for many films. 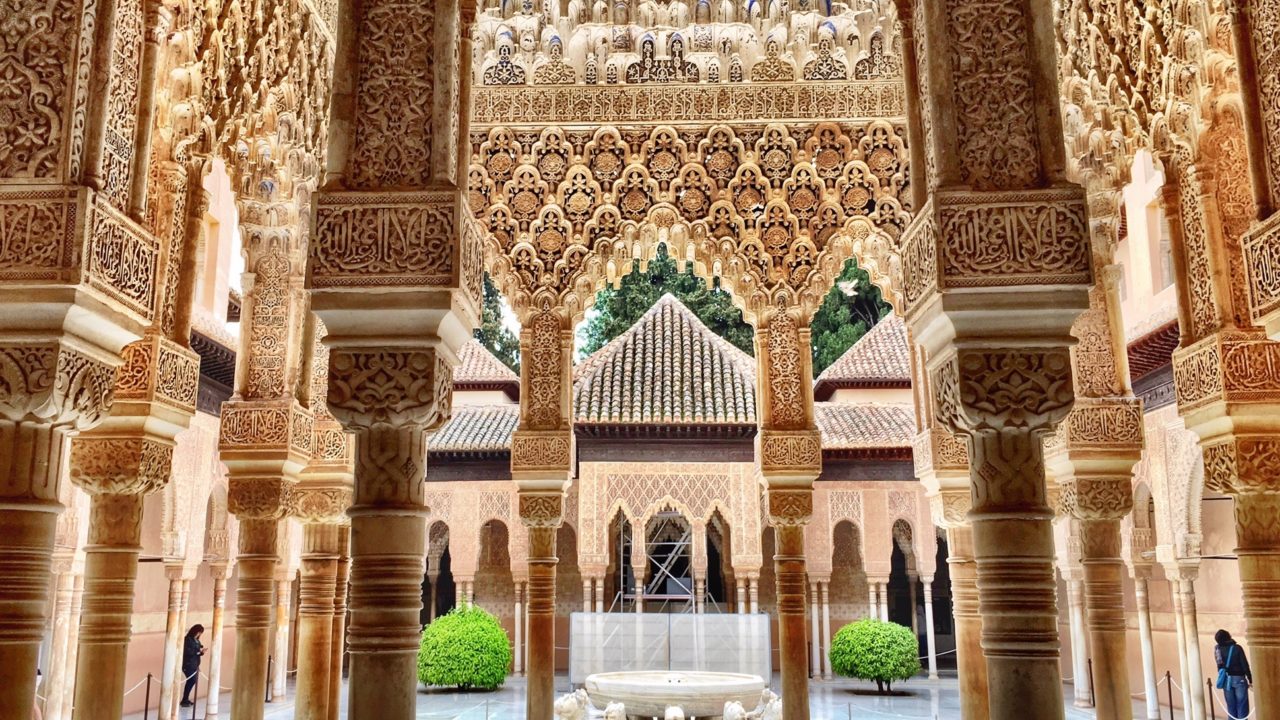