Remain in the safety of your home and join together sketching the same subject on the same day.

Reference images will be provided each Wednesday for the selected building.

Use any media of your choice.

Forward a JPG file of your sketch to [email protected] by Monday noon following the sketch date and we will post to the ICAA Southeast Instagram account on Monday afternoon. Please include your Instagram handle in the email in order to tag your sketch.

Taken from the nomination application for adding the station to the National Register of Historic Places:

The sole survivor of a bygone era, the Brookwood Station-formerly known as the Peachtree Station of the Southern Railway Company -is located on the Brookwood Bridge at Peachtree and Deering Road. Its significance in the area of transportation lies in the fact that it is the last of the passenger terminals in Atlanta, a city which owes its very existence to the railroads. It has greater significance, however, in the area of architecture where it proudly stands as a work of the eminent Atlanta architects, Hentz, Reid and Adler, and represents a good example of the "Through Station" design concept applied to a suburban railroad terminal.

While located in what is now a bustling section of "mid-town" Atlanta, the small scale and minimal facilities are attributable to the fact that the station was originally designed as a suburban station and was not intended to handle urban traffic. The building, from a functional standpoint, has remained suitable nevertheless and the irregularly shaped site, bounded on the east by the Interstate 75-85 Connector, has been the primary force in preventing the demolition of this, the last of the railroad passenger terminals in Atlanta.

Placed into service at one minute after midnight on March 17, 1918, the Brookwood Station was designed to compliment the beautiful suburban residential section in which it was originally built. Even though the neighborhood has now changed to a highly commercialized urban environment, the old Peachtree Station has remained almost exactly as it was when the first train, Number 36 -The United States Fast Mail, rolled in forty minutes after midnight on the morning the building opened. The station originally serviced fourteen trains arriving and seven departing on a daily basis. Today, however, only a few trains come and go, primarily providing passenger service to Birmingham and Washington, D.C.

Built in a fashion after the Italian Renaissance, the Brookwood Station was never intended to be the "main station" - as it is now - of Atlanta. In fact, the Atlanta Constitution of March 17, 1918 reported that the station was constructed solely as a convenience to the customers of the Southern Railway: "Realizing the great convenience it would prove to the residents of Atlanta . . . The station was constructed purely for accommodation . . . and to prevent the necessity of passengers passing within walking distance of their homes . . . having to travel eight miles by train and six or eight miles by automobile or streetcar. The new station is expected to conserve at least an hour's time for passengers and its use is also expected to greatly relieve the congestion at Terminal Station.

Graphite & Grits is an occasional recurring social sketching excursion open to ICAA members and the public. Anyone with an interest in sketching and meeting other design professionals in Atlanta and beyond are encouraged to attend. 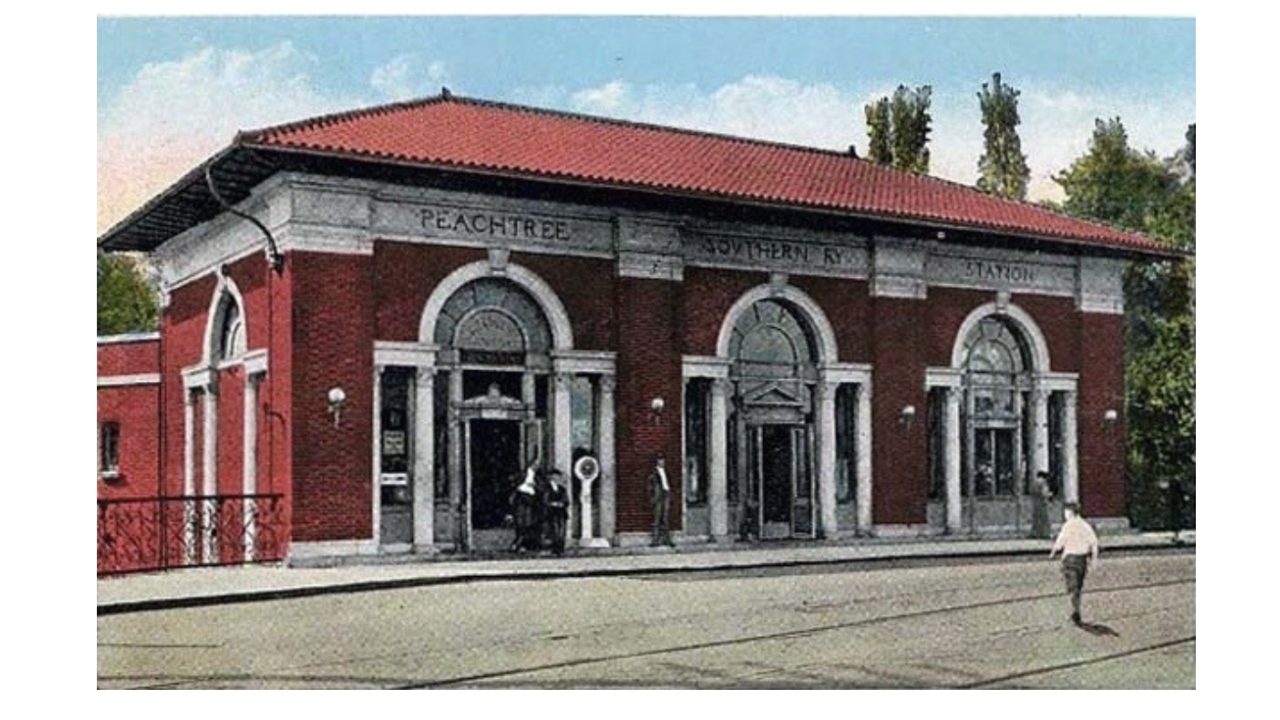