Over the coming weeks Virtual Graphite & Grits will explore the work of Sir Edwin Lutyens. A trip to the village of Godalming, Surrey will kick off the tour with one of his early works, Munstead Wood, the home of his dear friend and collaborator Gertrude Jekyll.

At Jekyll's first meeting with Lutyens, in 1889 she invited him to Munstead Wood, and their collaboration began. His first building for her was The Hut, a cottage built on the grounds of Munstead Wood in 1895. Jekyll used this as a workshop and lived in it until Lutyens completed the main house in 1897.

The house was built in a U-shape around a courtyard open on its north side. The west wing contained Jekyll's workshops, and to the east lay a service wing. The house was built primarily of local Bargate stone. The casement windows were set flush with the outside walls to maximize the interior window sills. Oak timbers were extensively used. These were obtained from local oaks, and silvered using a treatment with hot lime. Other features included a large hooded fireplace, and a shallow-stepped staircase leading up to a long oak-beamed gallery, overhanging the central courtyard.

The property originally consisted of 15 acres in a triangular shape. Jekyll transformed Munstead wood over many years into a series of woodland gardens with meandering paths and seasonal gardens. Closer to the house the woods merge with the lawn area that is lined with 200 feet of herbaceous border that flowers from July until October. 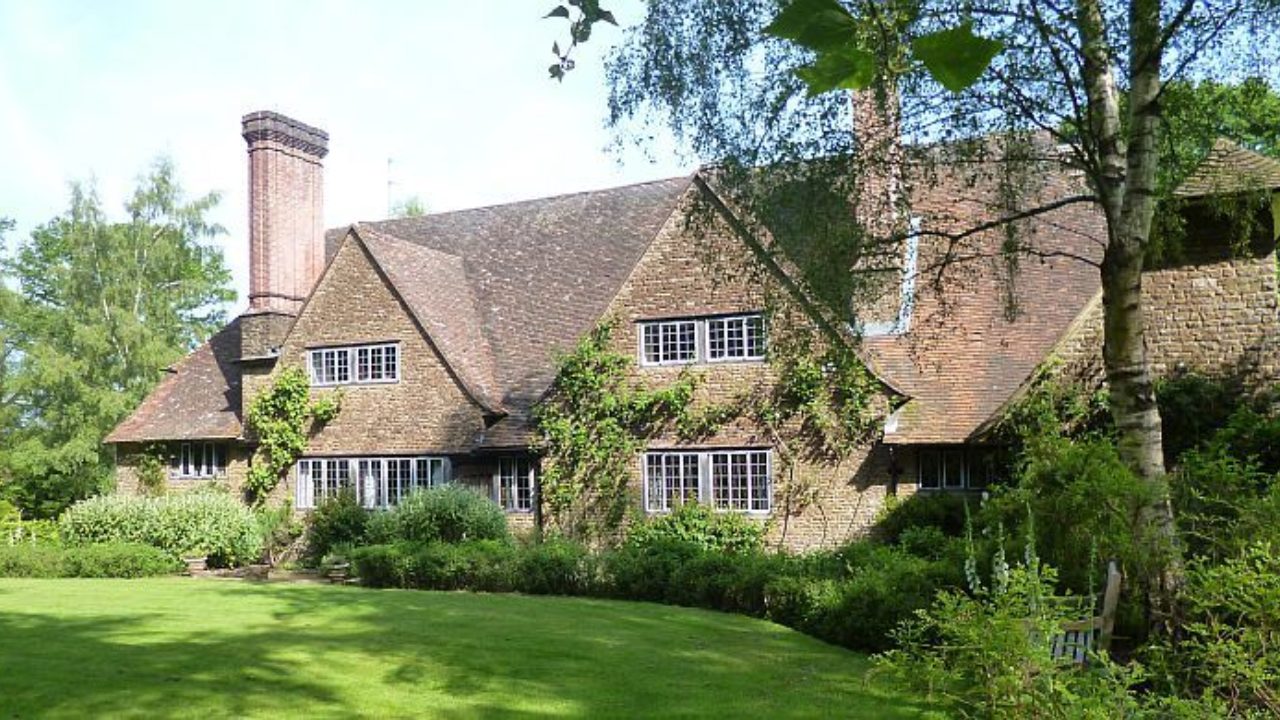