In making homes, how do you take, as Weaver said of Lutyens, adversity and turn it into amenity? This question has had the attention of the firm Oliver Cope Architect since Oliver’s first house in 1985. Please join the Institute of Classical Architecture & Art (ICAA) for a virtual lecture featuring Partners Oliver Cope, Rita Marks, and Olivia Rowan, as they discuss the design and revitalization of some of New York and Long Island’s most treasured homes, all featured in their new book, Oliver Cope Architect: City Country Sea. This lecture is moderated by award-winning architectural historian and journalist, Clive Aslet.

OLIVER COPE, AIA – PRINCIPAL:
Oliver Cope received an A.B. from Harvard College in 1980, a Master of Architecture from Harvard Graduate School of Design in 1985 and was a Visiting Assistant Professor of Architecture at the University of Cincinnati. His early career experience was at the firms of Beyer Blinder Belle Architects & Planners in New York City and David P. Handlin Associates in Cambridge Massachusetts before establishing the firm of Oliver Cope Architect in New York City in 1988.

Oliver Cope is licensed in the states of New York, Connecticut, Maryland, Florida, Massachusetts and Pennsylvania and is a member of several professional and architectural organizations including The Institute of Classical Architecture & Classical America and the American Institute of Architects.

OLIVIA ROWAN, AIA – DIRECTOR OF DESIGN:
Olivia Rowan's love for good design started early with time spent traveling throughout Europe. She received her degree in Architecture from University College Dublin, Ireland, in 1985. After working in London, she moved to New York City and gained experience in high-end residential work while in the employment of Robert A.M. Stern. In 1990 she joined Oliver Cope Architect and has since designed and run many of the firm’s major projects. Her experience encompasses all variety of projects from New York City apartments to estates on Long Island and Connecticut.

RITA MARKS, AIA – SENIOR ARCHITECT:
Rita Marks began with Oliver Cope Architect in 1994. As Senior Designer and project manager on many of the firm’s townhouse and apartment renovations, Ms. Marks has a wealth of experience with New York City residential projects and understands the challenges and opportunities city residential projects offer. Recent projects include a townhouse renovation in the Landmark District of Carnegie Hill, renovations to Upper East Side townhouses on 69th and 70th street and a Gracie Square duplex renovation. In addition, she has managed teams as designer for residences in East Hampton, New York and Old Westbury, New York. Before her tenure at Oliver Cope Architect, she contributed to high-end residential projects for Sandra Nunnerly, Eric Smith, Richard Sammons and Juan Pablo Molyneux.

Ms. Marks received her Bachelor of Architecture from Pratt Institute in 1979, starting at Rhode Island School of Design. She is a registered Architect in the State of New York and a member of the American Institute of Architects.

Clive Aslet is an award-winning architectural historian and journalist, acknowledged as a leading authority on Britain and its way of life. He has published around twenty non-fiction titles, including The Last Country Houses and The American Country House. Clive was editor of the magazine Country Life for 13 years and continues to contribute to newspapers and magazines, as well as broadcasting on radio and television.

Our special thanks to Presenting Sponsor of the ICAA Book Club:
Foster Reeve Architectural & Ornamental Plaster 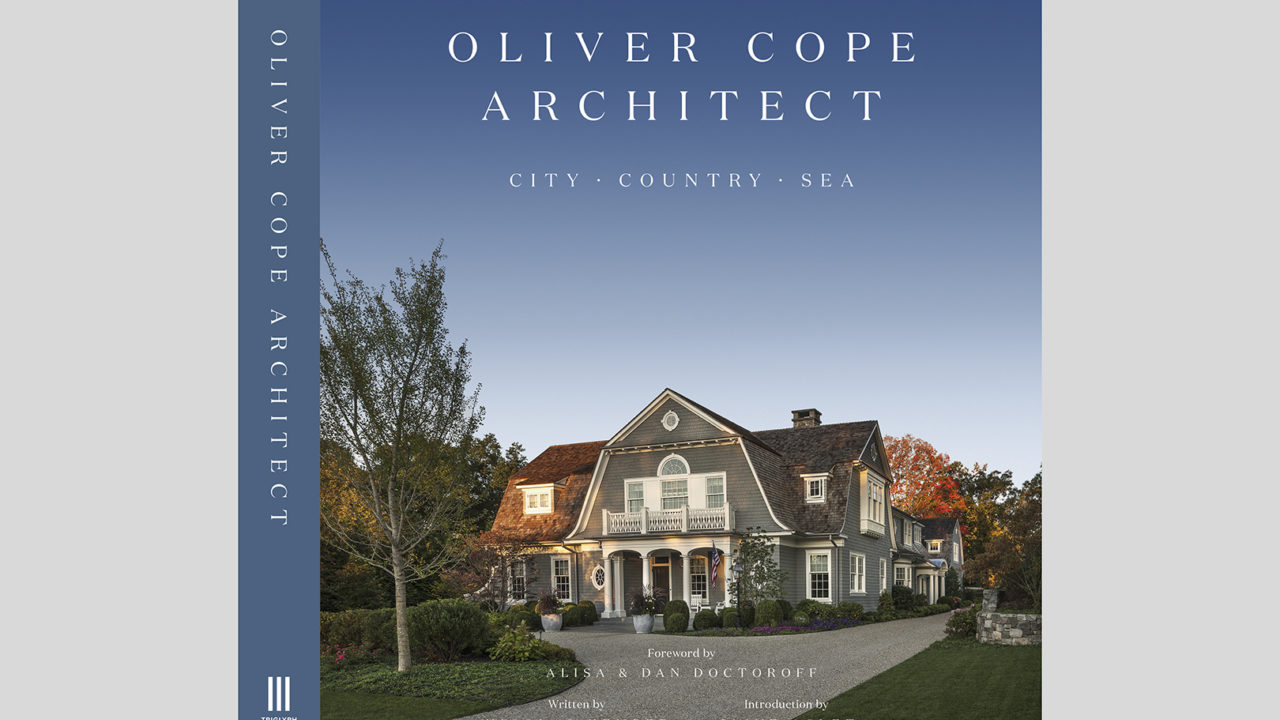