"In the Newest and Most Fashionable Taste”:  Neoclassical Silver Comes to America

Registration will close 1 hour prior to the event.

Please join Sotheby’s silver expert John Ward as he explores the fascinating odyssey of silver imports to America in the late 18th and early 19th centuries. Silver tablewares are luxury items appealing to fashionable buyers, and yet are small enough to be easily transportable. This makes them excellent heralds of any new style, and they were one of the key ways in which Neoclassical design travelled to America in this period. George Washington’s purchases for his stepson John Parke Custis were among the earliest non-rococo examples, imported while America was still a British colony. American diplomats such as Thomas Jefferson and John Adams acquired fashionable accessories while stationed in Europe, and the French Revolution brought pieces of the highest level onto the market. As the commercial relationship with England stabilized, merchants of New York, Philadelphia, and Charleston resumed their purchases, while France supplied splendor directly in the purchases of Presidents Madison and Monroe. Their Greek, Roman, or Empire magnificence complemented and inspired the successive waves of Classical taste in this period in both architecture and craftsmanship.

John D. Ward received a BA from the University of Chicago and an MA from the Bard Graduate Center for Studies in the Decorative Arts, before joining Sotheby’s Silver department in 1997. In 1998 they sold the Thyssen Meissonnier tureen for $5.3 million, then the second-highest price ever paid for a piece of silver. He has set the record for American silver three successive times, most recently in 2010 with the Loring Punch bowl at $5.7 million. Other major sales and collections have included a silver centerpiece from Louis XV’s court goldsmith, sold to the Getty Museum in 2004; silver descended from George Washington and the Custis family, sold in 2005; an Italian Renaissance tazza from the collection of J.P. Morgan, sold in 2013, and treasures from the legendary Sassoon family in 2020. He was responsible for silver and objects of vertu in the single-owner sales of Edmond and Lily Safra, Gianni Versace, the Kennedy family, Laurance Rockefeller, Brooke Astor, Michael Steinhardt, Jayne Wrightsman, Bunny Mellon, Barbara & Frank Sinatra, Mario Buatta, and the Princes of Hanover.

Mr. Ward has placed works with the Metropolitan Museum, the Victoria & Albert Museum, Winterthur Museum, and other major institutions including the museums of Boston, Chicago, St. Louis, Dallas, Houston, Baltimore, and L.A. County, plus the British National Trust.

Image: Two of a set of eight George III silver candlesticks, John Carter, London, 1771-2. Purchased in London by Arthur Middleton of South Carolina, later a Signer of the Declaration of Independence. 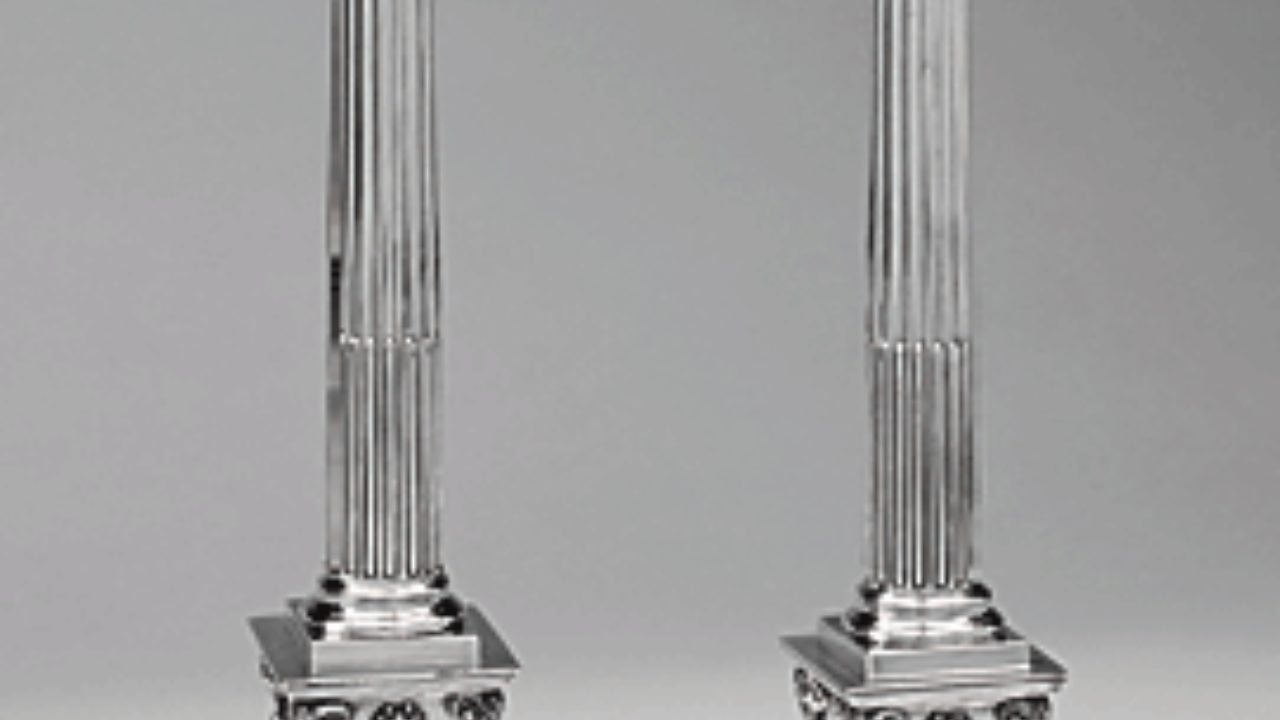