Hosted by the Louisiana Chapter

Please join the ICAA Louisiana Chapter for a talk by the acclaimed architect and historian Robert Cangelosi, author of the latest three volumes in the celebrated New Orleans Architecture series of books produced by Friends of the Cabildo. Cangelosi will describe the origins of the influential book series by a group of activists during the 1960s, as well as how the books have inspired preservation efforts in New Orleans through the present day. He will also speak about his own involvement in the series and give an overview of the significant architecture of the uptown Carrollton neighborhood, the subject of his latest volume.

In the 1960s, in the face of widespread demolitions and urban renewal projects, the Friends of the Cabildo created the New Orleans Architecture Series with the goal of promoting and documenting threatened historic neighborhoods outside of the Vieux Carré and Garden District. Nine volumes have been published: The American Sector (1972), The Cemeteries (1974), The Creole Faubourgs (1974), The Esplanade Ridge (1977), Faubourg Tremé and the Bayou Road (1980), Jefferson City (1989), The University Section (1997), and Carrollton (2020). Each volume includes the subject neighborhood’s historically significant extant building stock, inventory and essays.

The event is a virtual book lecture conducted through Zoom.

Tickets are FREE, but registration is required.

If you have any questions, please contact [email protected].

Robert Cangelosi, Jr., president of New Orleans-based Koch and Wilson Architects, is an architectural historian and licensed architect whose practice has focused for over thirty-five years on the preservation, restoration, renovation, and adaptive reuse of hundreds of historic structures in Louisiana and Mississippi. He was co-editor of the last three volumes of the Friends of the Cabildo’s New Orleans Architecture series: Carrollton, Jefferson City, and The University Section; and has served as a historical advisor and appeared in programs for Home & Garden Television and WYES-TV New Orleans. Mr. Cangelosi has taught courses on New Orleans architecture at Tulane University for over two decades and currently serves as an instructor for Design Art seminars throughout the country. He holds a Master of Architecture degree from the University of Florida. 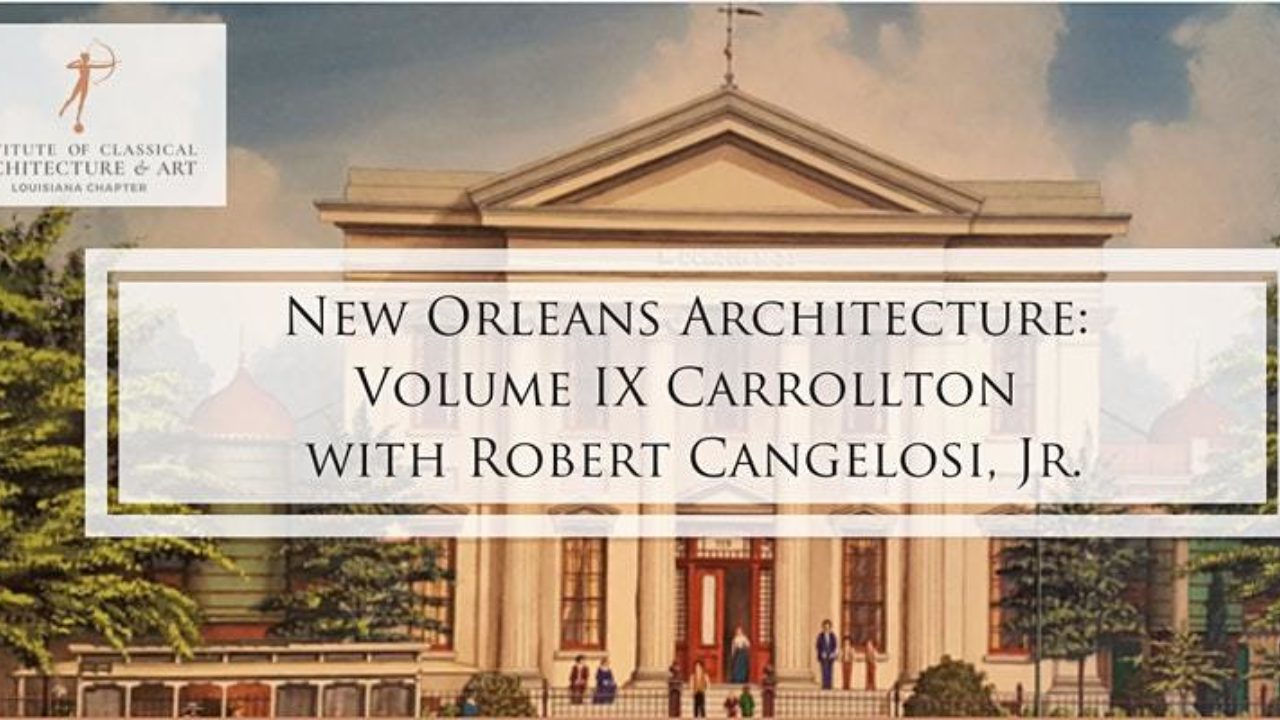