The Architecture of Place: In Conversation with Mohamad Hamouié

From October through December 2022, the ICAA, INTBAU, and The Prince's Foundation will co-host The Architecture of Place: In Conversation with..., a series of interviews featuring three architects from different backgrounds and points of view: Mohamad Hamouié, Whitley Esteban, and Elsie Owusu. Over the three-part series, each speaker will have the chance to play the role of both interviewer and interviewee. In each installment, one of the three architects will be interviewed by one of the others about the influences, experiences, and projects that have led to their design perspective on the architecture of place. At the end of each session, students from partnering university departments will pose additional questions to the speakers, followed by an open Q&A with attendees.

In this first iteration of the series, Elsie Owusu will interview Mohamad Hamouié about his work, background, and design perspective. Students from The Ax:son Johnson Centre for the Study of Classical Architecture at the University of Cambridge will make a special appearance and provide guest questions for the interviewee.

Born in Beirut in 1959, Mohamad Hamouié is a Lebanese architect who has always been drawn to the traditional architecture of his home region. He spent his childhood surrounded by some of the most beautiful towns of Lebanon. At an early age Hamouié was fascinated by the traditional courtyards of Deir El Qamar and Beiteddine. After graduating with a degree in architecture from the American University of Beirut, Hamouié was appointed as an assistant professor at the university where he taught Lebanese Traditional Architecture and Islamic Urbanism with Professor Friedrich Ragette, and Architectural Drawing with Professor Martin Geisen. As a young architect, Hamouié re-visited the towns where he had grown up in the hope that he could capture their ‘spirit of place’. He turned to the traditional buildings, observing, studying, and sketching them. This process of studying through observation provoked a feeling of deep affinity with the unknown architects and builders, who gave us our identity through their knowledge and quiet work.

Mohamad Hamouié’s private research and practice have made him one of the leaders of New Traditional Architecture in the Middle East. He is a Professor of Practice and the Director of the Institute of Islamic Art & Architecture at the Lebanese American University in Beirut. In 1993, Hamouié established his private practice. His first project, the Central Mosque in Shkodër, Albania was nominated for the Aga Khan Award for Architecture in 2001. Through his comprehensive knowledge of history and awareness of local context, Hamouié has designed more than 300 projects, 200 of which have been constructed. His built work has been produced in collaboration with master craftsmen and are as much guided by contemporary theories as by traditional values. Over the course of his career so far, he has won first prize in several competitions and has been commissioned projects throughout the MENA region and the Gulf. These include the Central Area Development in Salalah, Oman, the Rajhi Grand Mosque in Riyadh, that accommodates more than 25,000 worshipers, and the Artisans’ Complex in Yazd, Iran. He was also chosen to submit an entry for the Development of the Shamiyah Area and the King Abdullah Mosque in Makkah, KSA. In 2020 Hamouié was nominated for The Richard H. Driehaus Prize for Architecture at the University of Notre Dame. 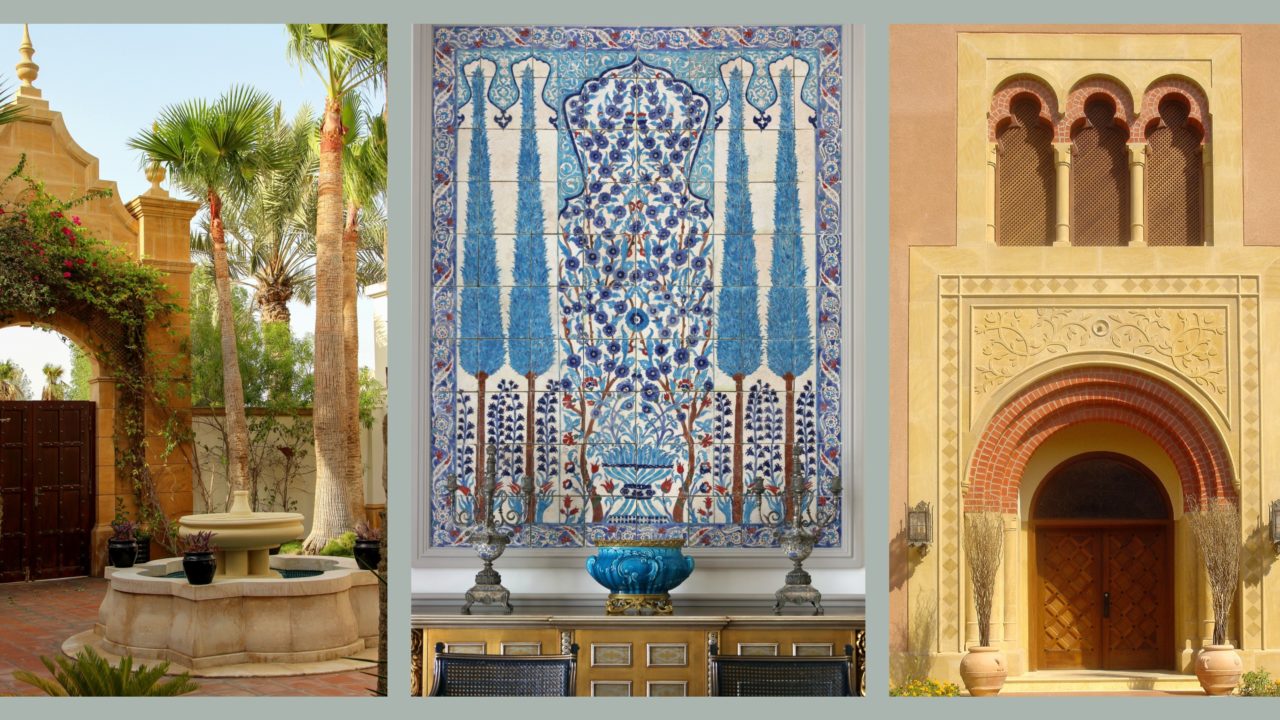 Mohamad Hamouié
Architect; Professor of Practice and the Director of the Institute of Islamic Art & Architecture at the Lebanese American University