The world’s urban population is projected to almost double over the next fifty years, and if current settlements trends persist, this would mean a tripling of the urban land mass. Half of that growth is projected in secondary cities and across Commonwealth Countries, with much of it likely to be unplanned. In this session, we will hear from Peter Oborn from the Commonwealth Association of Architects, who has just published a survey of the professions – a critical piece of research exposing how areas of the world that are growing most rapidly often lack any professional built environment resource. Ben Bolgar from the Prince’s Foundation will then present a new mayor’s toolkit designed to assist with planning for rapid urbanisation in places where professional planning resources are scarce. Ben will be followed by Haja Halimah Lukay from Bo City Council, Sierra Leone, who will talk about her experience of using the mayor’s toolkit in Bo (where the urban populations is projected to triple in 20 years) and how she and her team have managed to implement the first phase of development control, ‘planning and planting’, within 7 months of starting the process.

Ben Bolgar is Senior Director at the Prince’s Foundation and Design Director of the development company, Stockbridge Land. At the Foundation, he has led collaborative planning and design frameworks that cover city expansions, new towns, brownfield remediation, town centre regeneration, heritage, ecological, and healthcare projects. Ben has been the strategic masterplanner for Sherford (7,000 homes), Nansledan (4,000 homes), Faversham (2,800 homes), Fort Mac, Atlanta (2,000 homes), Libreville, Gabon (75,000 homes), as well as the architect for the Prince’s Natural House at the Building Research Establishment. In 2007 Ben led the national defense infrastructure strategy for the restructuring of UK’s defense estate. He also led the team working on instigating neighbourhood planning in England and has also recently run an exemplar charrette for the government. Ben structured the competition for the Armed Forces Memorial and has been panel member and design adviser for St. Martin in the Fields, Kensington Palace, Hillsborough Castle, Charterhouse, Clandon Park, the Royal College of Music, Chelsea Barracks, and Tintagel Bridge

Haja Halimah Lukay is the Development and Planning Officer for Bo City Council in Southern Sierra Leone. Her responsibilities include preparing and processing planning documents, providing guidance and direction to the local council planning committee, and facilitating the collection of data in collaboration with the local Council Finance Officer. She is a community development advocate working to ensure community ownership and enhanced sustainable development planning at the local level. She helped lead a team for the implementation of the Prince's Foundation's Rapid Urbanisation Toolkit in Sierra Leone. Under her stewardship, the Bo City Council has been recognized for outstanding planning work by the Commonwealth Association of Planners.

Peter Oborn is a chartered architect and strategic client adviser with considerable experience of working internationally, particularly in the Middle East where he has completed projects in Bahrain, Oman, Qatar and the UAE. He is a former Trustee and Board Member of the Royal Institute of British Architects (RIBA) and served as Vice President International from October 2011 to September 2017. He has recently served as an architectural adviser to RIBA Competitions in connection with the Green City Kigali project in Rwanda and is currently working, together with UN Habitat, to deliver the strategic capacity development component of the Foreign, Commonwealth & Development Office's Global Future Cities Programme, forming part of the UK Prosperity Fund, supporting 19 rapidly-urbanising cities in 10 countries in South America, Southern Africa, and Southeast Asia. 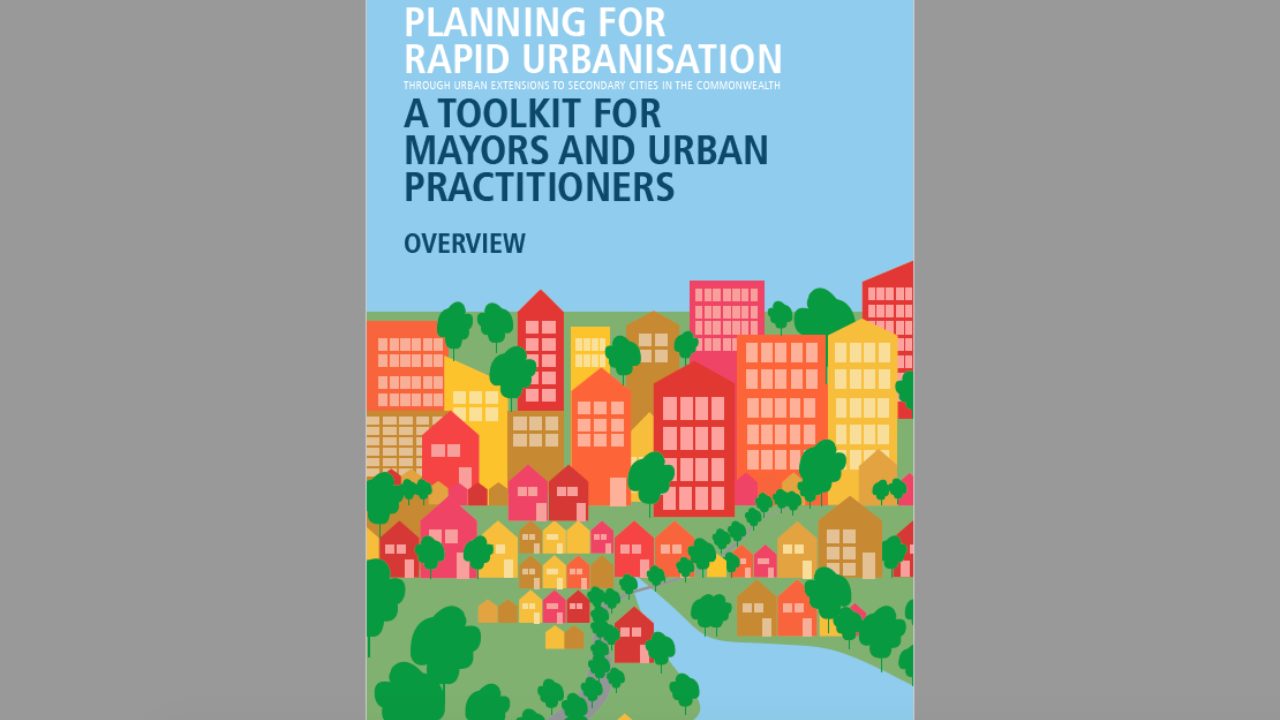