Covering two adjoining centers of stunning classical and neoclassical architecture built during the eighteenth and early nineteenth centuries, this exclusive tour is a firsthand opportunity to experience the glorious Rococo architecture and interiors ordered by, among others, Frederick the Great (1712-1786), the multi-talented Prussian connoisseur, patron, and practitioner of the classical arts during the Age of Enlightenment.

The ICAA is pleased to partner with Classical Excursions to present this exclusive tour, which will also include visits to the influential neoclassical work of Prussia’s most famous architect, Karl Friedrich Schinkel (1781-1841), who designed public and private buildings so important that his name conjures up a whole era in Prussian culture known as the Schinkelzeit, or the Schinkel period.

The tour includes a private visit in Potsdam of the enchanting Rococo Schloss Sanssouci (Sanssouci Palace, 1747) and the nearby Bildergalerie (Art Gallery, 1764) and Neue Kammern (New Chambers or Guest House, 1747), all of which are found in the enormous Sanssouci Park considered to be one of the most beautiful palace complexes in Europe. Schloss Sanssouci, based on original sketches drawn by Frederick the Great, was the king’s private residence reserved for the arts (he composed and performed music here).

Included in the visit to Park Sanssouci is the lustrous and gilded Chinesisches Teehaus (Chinese Tea House, 1764), among the most glorious of the chinoiserie structures built in Europe during the Rococo period.

The tour includes a stop at Neues Palais (New Palace, 1769), built to represent the power and prestige of Frederick’s reign, which has more than 200 richly decorated rooms.

The tour will stop along the banks of the Havel River to explore Schloss Klein-Glienicke und Garten (Klein-Gliencke Palace and Garden,1832), designed by Schinkel for Prince Karl, a member of the Prussian royal family. He had recently returned with his brother from Italy “richer in ideas than ever.” The architect first recast a small older building into an elegant neoclassical casino, extending it with long pergolas that overlook gardens on each side. He infused the villa with strong yet graceful classical proportions.

In Berlin, the tour will include a focus on Schinkel’s neoclassical Romische Bader (Roman Baths, 1829-1840), a picturesque grouping of buildings including the Court Gardener’s House and intimate outdoor spaces that are connected by pergolas, all built for Crown Prince Frederick William, grand-nephew of Frederick the Great.

Also designed by Schinkel for the crown prince is the small, elegant Schloss Charlottenhof (1829) styled like a Roman villa with interior Pompeiian-style wall paintings by the architect and a striped Tent Room fitted out to resemble the inside of a tent. The Garden Hall features doors covered in red leather.

The group will also spend time at the massive Baroque Schloss Charlottenburg built originally around 1700 for the Hohenzollern rulers. Later extensions were ordered by Frederick the Great and constructed between 1740 and 1746. Its collection of superb interiors is without precedence in Berlin. The visit also includes a stroll through the palace’s royal park restored after World War II using 18th-century prints, including the French-style Baroque parterre.

In the Charlottenburg Palace Park is the Schinkel-Pavillon (1825). Originally called the New Pavilion, it was a summerhouse for Frederick William III. It now houses a permanent exhibition of important fine and applied arts dating from the architect’s era. This is a two-story neoclassical cubic building topped by a somewhat flat roof hidden behind a parapet. A balcony encircles the building on the second floor and provides a horizontal division to the exterior. There are nine rooms on each floor arranged in a simple grid pattern. The plan supposedly inspired Ludwig Mies van der Rohe for his design for the Villa Perls (1911) in Berlin.

Schloss Tegel (1824) was the country seat of the great Berlin intellectual and cultural leader, Wilhelm von Humboldt, and his wife. Schinkel was given the commission to reconstruct a 16th century manor house in a more stately manner that suited the humanistic ideals of von Humboldt, as well as an appropriate backdrop for his collection of ancient antiques that he had purchased in Rome. Schinkel doubled the base of the house and added a third, gallery-like upper floor. When completed, the extraordinary house was reminiscent of Italian villas. Today the inside design remains almost unchanged.

In Berlin, the group will explore several Schinkel buildings in the Unter den Linden and Gendarmenmarkt areas. Solemn and compact, the Neue Wache (New Guardhouse, 1818) symbolizes victory over Napoleon’s troops in 1815. The structure that was to serve the 100-man royal guard takes on a classical Greek form with Prussian restraint. Schinkel composed a Doric temple front with a portico, tympanum and roof parapet and massive corner pylons.

Schinkel’s masterpiece, the Schauspielhaus (Theater, 1818-21), is cruciform in shape, and with its double pediments, Ionic portico and high entry staircase, this temple to art blends stylistically with the German and French churches that frame it. Schauspielhaus was designed to include a two-storied concert and festival hall in the left wing, administrative offices and theater departments in right wing and the foyer, auditorium for 1600 seats and a stage in the center section.

The Maxim Gorki Theater (1827) was once a singing school or Sing-Akademie and also used as a concert hall. Paganini and Liszt performed here and Mendelssohn conducted Bach’s St. Matthew Passion, the first such performance since the composer’s death in 1750. Built on drawings by Schinkel, its façade resembles a Roman temple with three bays divided by Corinthian pilasters.

The tour group will spend time viewing collections at some of the Europe’s most spectacular museums found on Museum Island. For example, the Altes Museum (Old Museum, 1830), one of Schinkel’s major works, faces the Lustgarten (Pleasure Garden) also created by the architect. His design for the museum, considered one of the world’s most beautiful neoclassical structures, reinterpreted motifs from ancient Greece and Rome, including the important central rotunda based on the Pantheon. Galleries surround the rotunda. A monumental colonnade spans the full length of the entrance side and is supported by 18 Ionic columns. The museum today houses a magnificent collection of Greek and Roman antiquities.

The itinerary also includes a private tour of the Bodemuseum (1904). The museum designed in a splendid Beaux Arts style and also located on Museum Island, houses a major sculpture collection dating from the early Middle Ages to the end of the 18th century and an important collection of portraits, as well as the separate Museum of Byzantine Art. 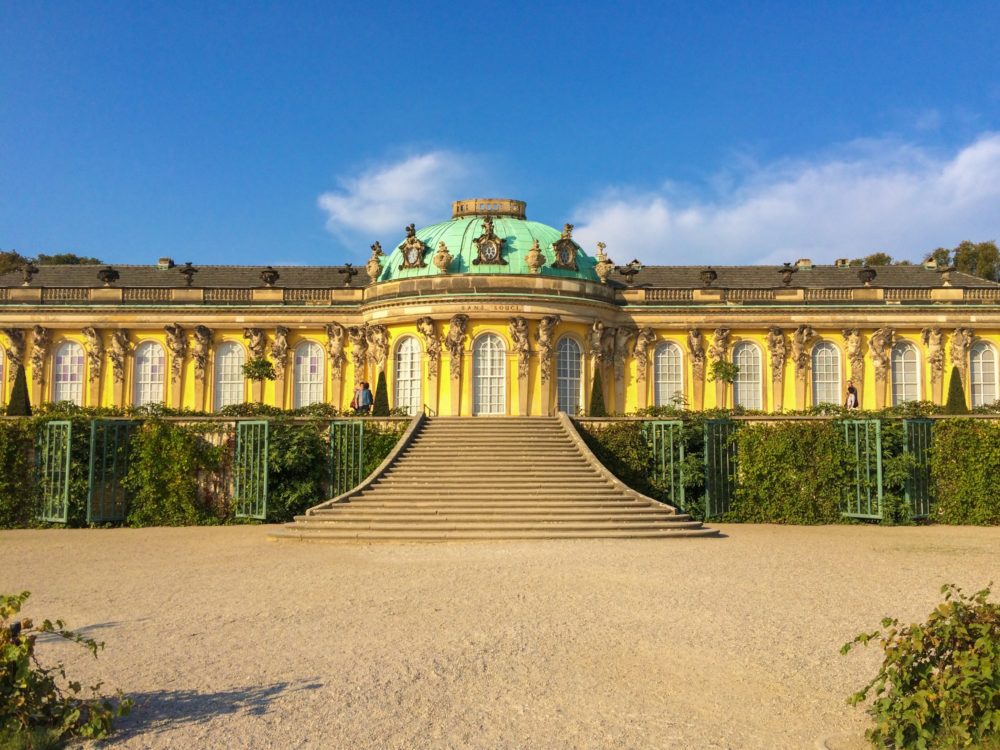 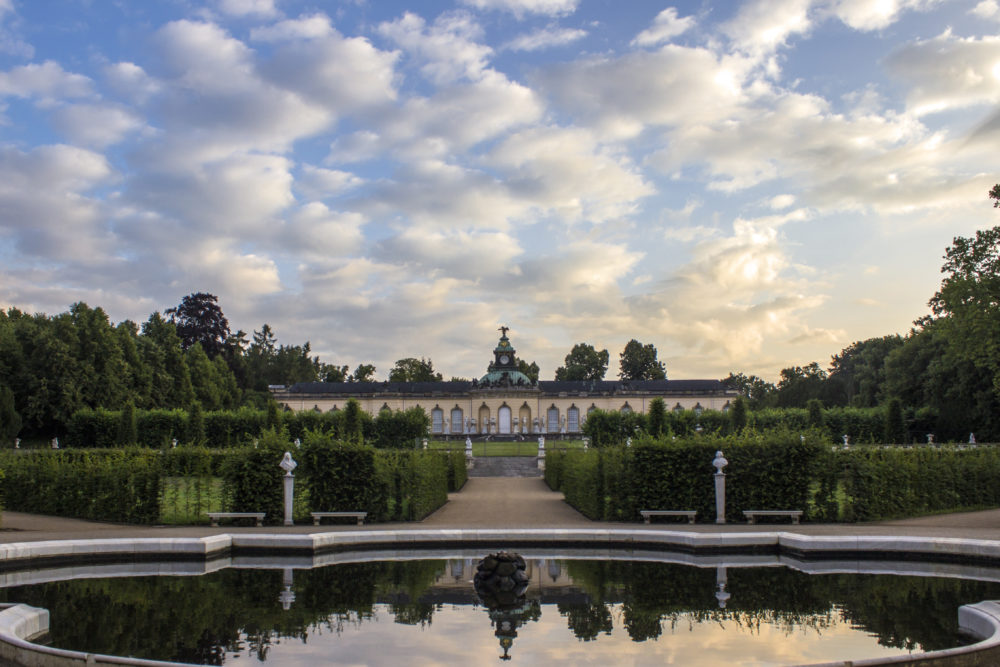 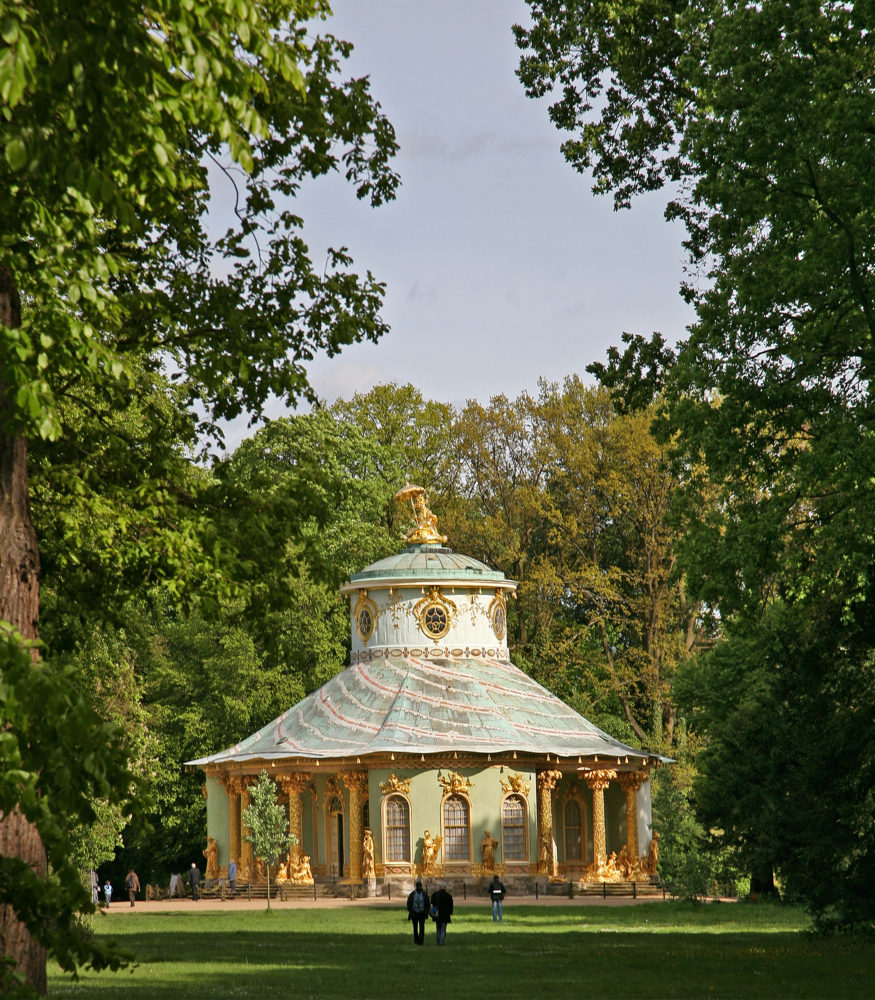 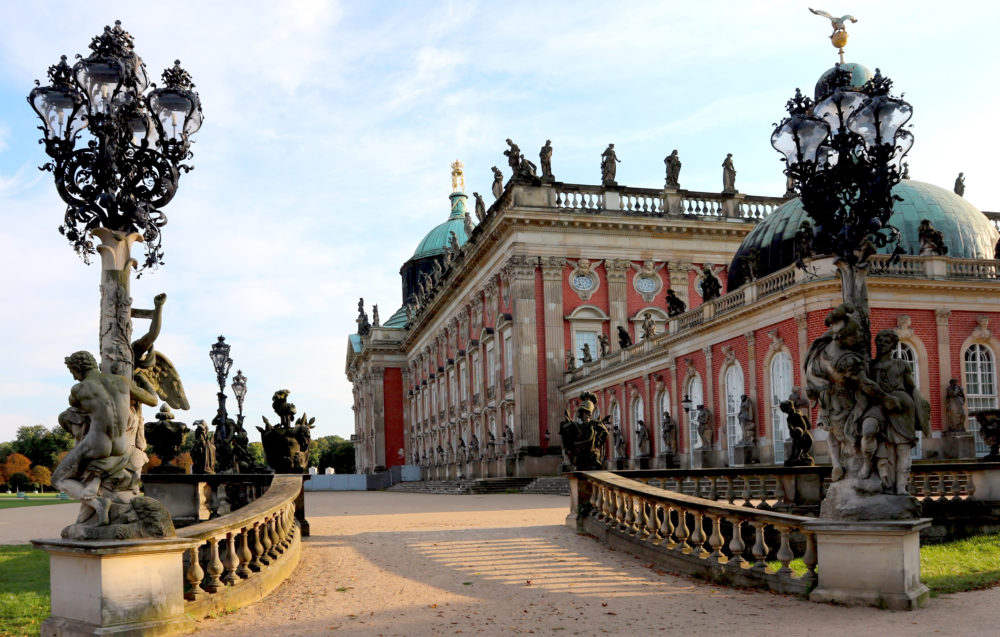 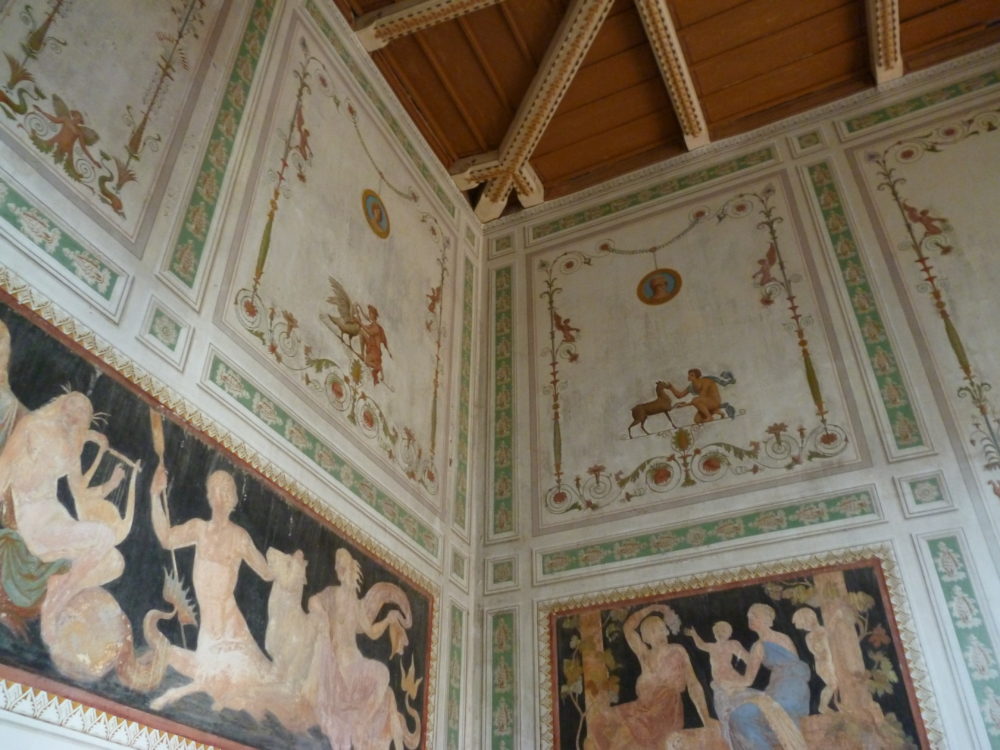 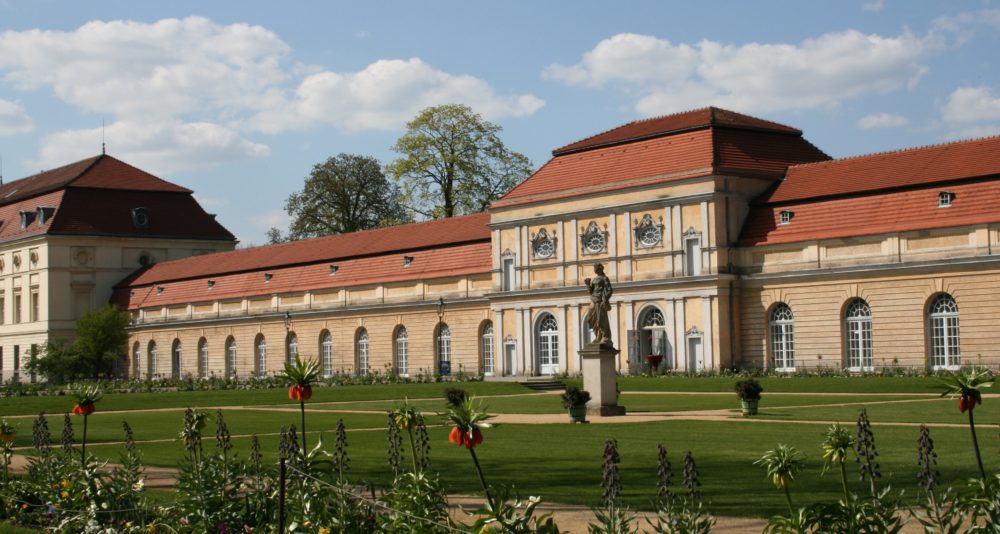 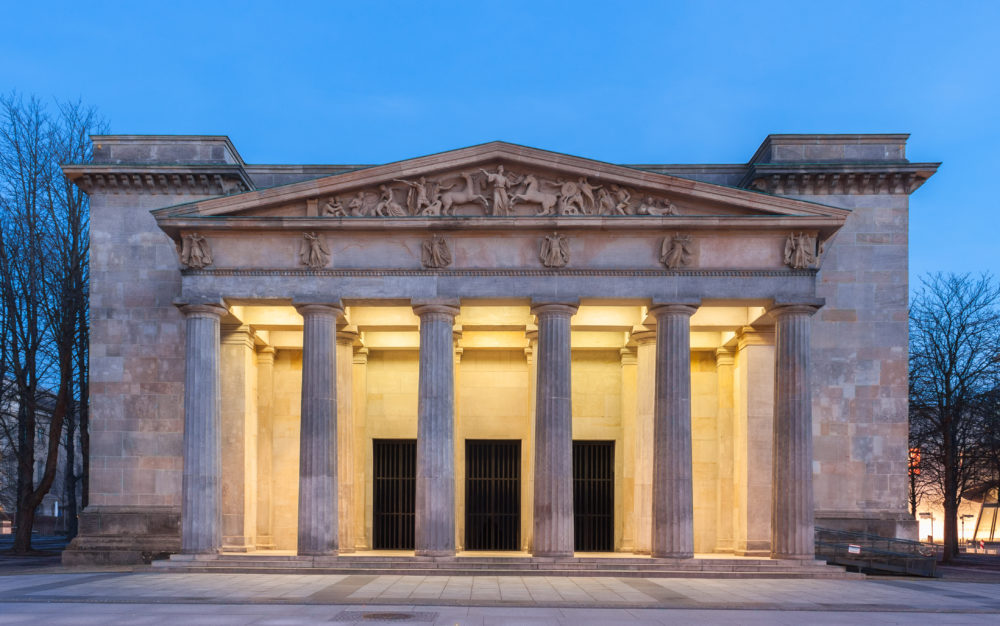 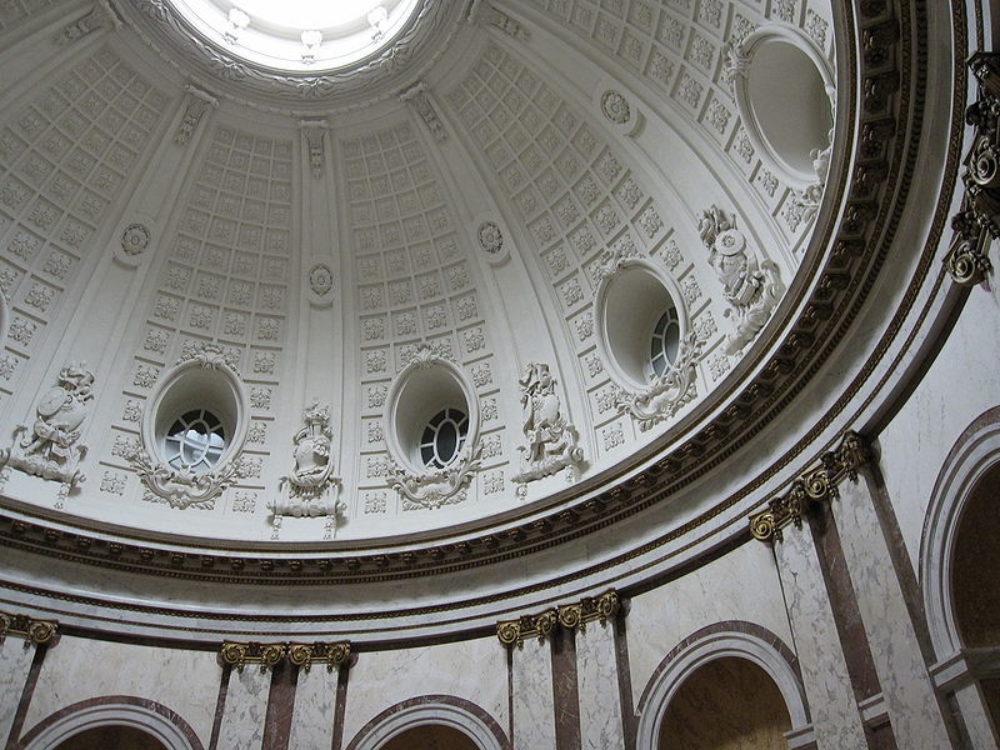