The Institute of Classical Architecture & Art in conjunction with Classical Excursions invites you to join an exclusive tour of the Great Country Houses of the Hudson River Valley. The tour will cover three centuries of some of the region’s finest architecture. Both sides of the river have a rich legacy of styles, given the valley’s proximity to New York City, it had been the recipient of wealth spent on the construction of great architecture.

From early modest Dutch dwellings, elegant Georgian, Federal, and Greek Revival houses of the Colonial and New Republic periods, to Romantic Gothic Revival and Italianate houses of the Downing and Davis eras, Beaux Arts estates owned by those who retained the likes of McKim, Mead and White, and finally, some of the finest new classical architectural projects in America – they are all to be seen on this tour with experts, specialists, and homeowners leading the way.

To ensure the safety of our community, the ICAA is requiring that all participants of its travel programs receive the COVID-19 vaccine and booster shot (aside from those eligible for a medical or religious accommodation).

Edgewater (c.1825), Barrytown, was owned by the late Richard H. Jenrette, financier and collector of some of the East Coast’s finest historic houses. He filled the Federal-and-Italianate-style house, which he purchased from the writer Gore Vidal in 1969, with museum quality and gorgeous period antiques. The home features beautiful views of the river from the Roman Doric two-story portico. There is also a stunning classical temple-style guesthouse built by Mr. Jenrette to be seen on the property.

Pieter Estersohn, internationally renowned photographer of architecture and interiors and author of Life Along the Hudson, is the owner of Staats Hall, Red Hook, a Greek Revival country house dating from 1839 and surrounded by 136 acres. He chose this home after viewing more than a hundred residences. Several years of refurbishment reveals his insistence on incorporating elegant neoclassical furnishings, 19th century fixtures, and Doric architectural details that are synonymous with the age of the house. The house reveals its owner’s true understanding of classical harmony and balance.

James Ivory will welcome us at his Federal-style home in Columbia County, featured as the setting for ICAA’s documentary Design in Mind: On Location with James Ivory shown on PBS. The Academy Award-winning film director/producer of Merchant Ivory Productions will take the group on a tour of the 1805 house that he purchased in 1975 and which he has painstakingly restored ever since. “Merchant Ivory Productions,” says ICAA president Peter Lyden, “always displayed an informed engagement with traditional architecture, demonstrating a deep and historical approach to location shooting.”

Vanderbilt Mansion, Hyde Park, is an imposing 50-room Beaux Arts country place owned by Frederick William and Louise Vanderbilt and designed by McKim, Mead, and White in 1895. Corinthian columns support porticos on all four sides of the massive three-story mansion. A unified style of the original interior furnishings and applied decoration reflects a new classical taste carried out at that time by Ogden Codman, Jr. and George Glaenzer.

Staatsburgh is a mansion designed by Stanford White (1896) originally owned by Mr. and Mrs. Ogden Mills. Mills represented new California Gold Rush money and she, as Ruth Livingston, belonged to an old and distinguished Hudson River Valley family. The mansion, which resembles the White House, only larger, envelopes an earlier Livingston 1832 Greek Revival house. The still intact Mills interiors were designed and decorated by the Paris firm of Allard et fils. Edith Wharton used the mansion as the inspiration for the fictitious Bellomont country house in The House of Mirth.

Gifted ceramicist, designer of handmade lamps, plates and accessories, Christopher Spitzmiller spends time at Clove Brook Farm in rural Dutchess County when he isn’t creating in his New York City studio. Now a beautifully renovated farmhouse with glorious gardens of his own design, it was once a dilapidated Greek Revival house dating from the 1830s with an even older kitchen wing. The house is designed with a personal mix of old and new, personal collections and a special nod to mentor Albert Hadley, using many of his wallpapers and designs.

The tour includes a private visit of Olana (1860), which is outside Hudson and has been described as the little “center of the world” by its owner, artist Frederic Edwin Church, a key figure of the Hudson River School of painters. The grandiose Moorish villa sits majestically on a hill overlooking the river and Catskill Mountains and was the site from which the artist painted many of his breathtaking Hudson River landscapes. The house was inspired by architecture that Church saw in the Near East and reflects his highly original artistic sense.

The Plumb Bronson House, outside Hudson, is a recently designated national landmark under restoration by Historic Hudson, Inc. Built in 1812 in the Federal style, the premier architect Alexander Jackson Davis was hired in 1838 to extend the eaves and add decorative Italianate brackets and a veranda. These alterations are among the earliest examples of the style termed “Hudson River Bracketed,” later widely imitated. Further alterations in 1849 enhanced the romantic scheme.

The tour includes a special visit to Wethersfield, the house and gardens of the investor and philanthropist Chauncey Stillman, set on 10 acres of formal and outer gardens around the brick Georgian-style house.

Days
4
From
$2,400
Step one
Email to Register
Step two
Donate to ICAA 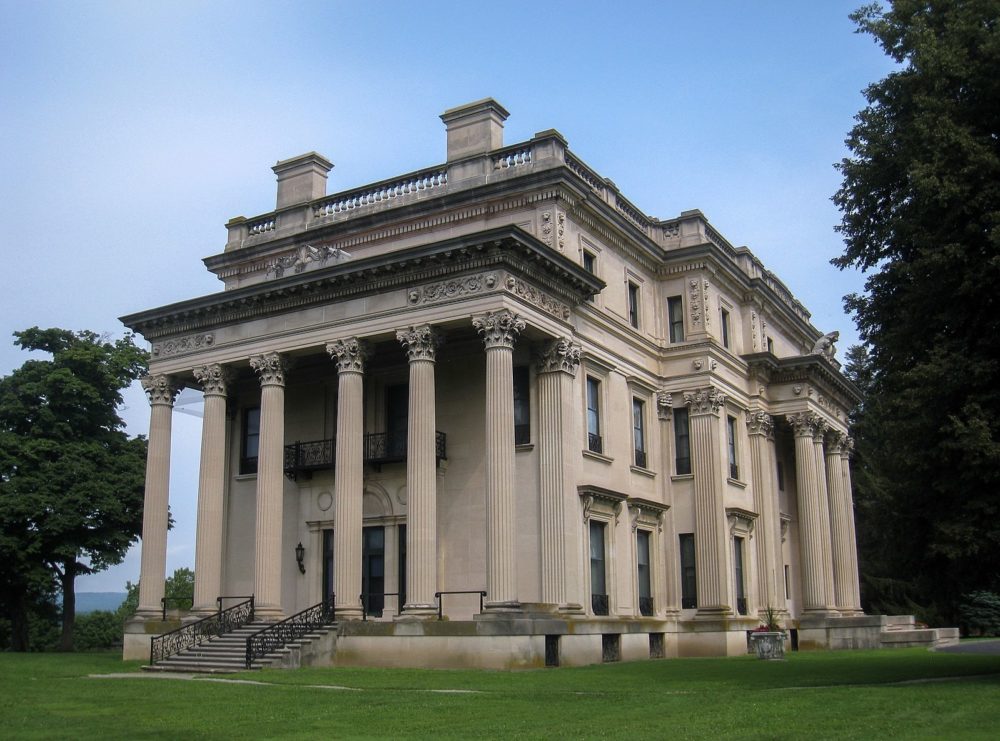 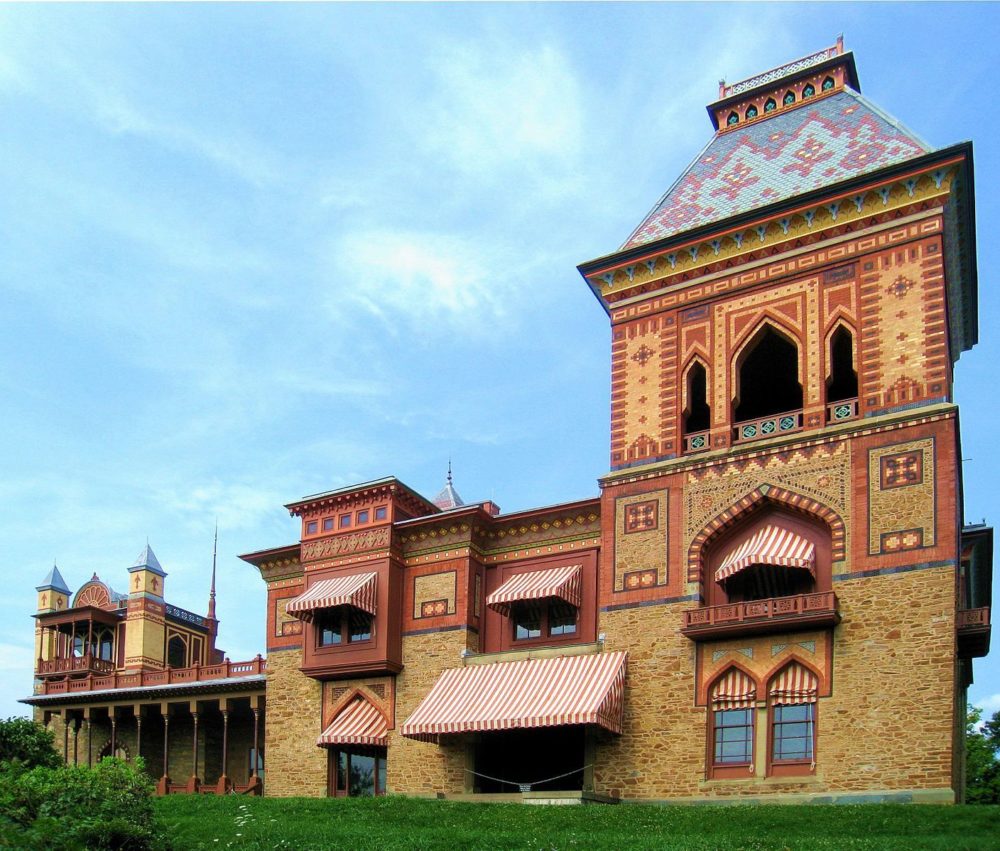 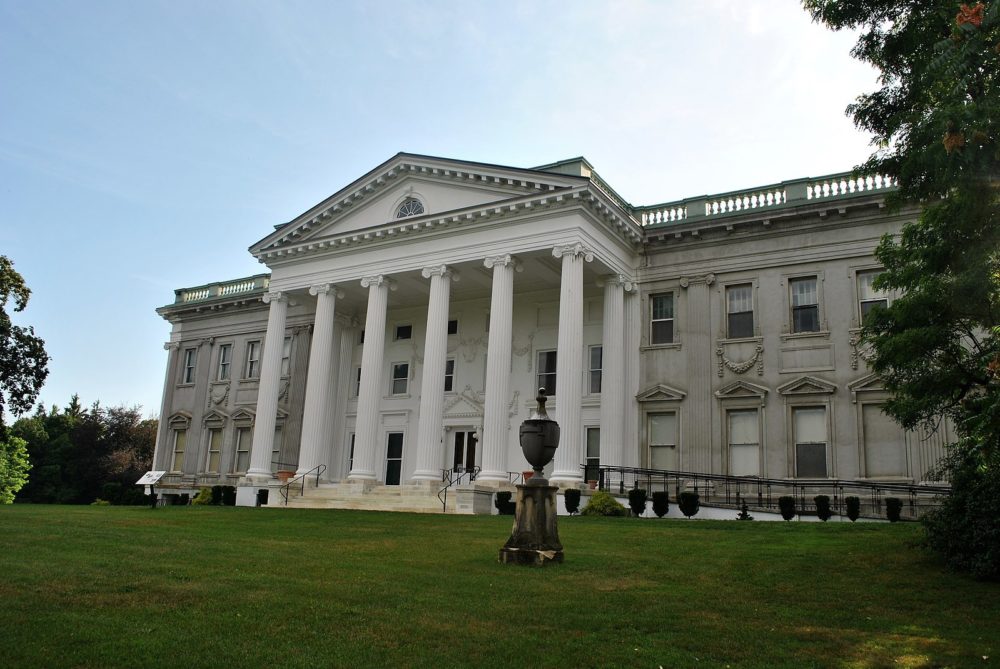