This prize is to honor a single young or emerging design professional who contributed significantly to the design and implementation of a completed garden either by themselves or under the guidance of a mentor.

The Bunny Mellon Garden Design Prize recognizes the excellence and creativity of a project from an emerging garden or landscape design professional that furthers the ICAA’s mission that design and craftsmanship are vital to lasting and meaningful places. Further, the prize honors a project from an emerging professional that demonstrates skilled knowledge of horticulture in a design that holistically considers the symbiosis between outdoor environments and physical structures and is in the spirit of Bunny Mellon’s “ceaseless interest, passion, and pleasure” in gardens, horticulture, and design. This Prize is presented annually as part of the Bunny Mellon Landscape Curricula at the Institute of Classical Architecture & Art.

There is one Bunny Mellon Garden Design Prize awarded each year to the emerging professional for a singular project that best meets the prize’s criteria. Submissions should feature a completed or nearly completed garden. The winner will receive a $1,500 dollar cash prize, and will be recognized at the ICAA Wethersfield event, announced on ICAA social media, website, and other external media, publications, promotional materials to be determined. The runner-up will receive the recognition of “Highly Commended” from the jury as they see fit.

The Bunny Mellon Garden Design Prize is the result of the Gerald B. Lambert Foundation's landmark gift that created and supports the study and practice of the landscape arts as part of the ICAA's Bunny Mellon Curricula. The Curricula honors Bunny Mellon, visionary garden designer and leading contributor to the horticultural arts, with programming that addresses the importance of garden and landscape design as part of the traditionally built environment. 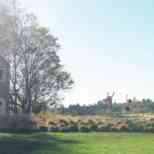 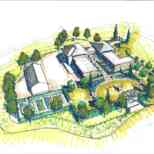 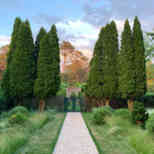 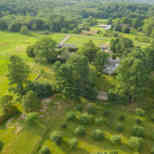 The submission deadline for the 2023 Bunny Mellon Garden Design Prize is September 15th, 2023.

Established professionals are encouraged to nominate potential eligible entrants from their firms or networks for consideration for this prize. To nominate an emerging professional, email [email protected] by August 1st, 2023 with the name and contact information of the nominee, and a brief note in support of the nominee. Then ICAA staff will contact the nominee to provide submission instructions.

Entrants are also welcome to self-nominate, and can do so by submitting all materials by the September 15th submission deadline. The above August 1st deadline does not apply for self-nominees.

Please submit all documents in a single PDF, emailed to [email protected]

Applications must be emailed to [email protected] in a single PDF. Hard copy applications will not be accepted.

The jury will judge each project both by its conception and execution.

The ICAA reserves the right to publish, electronically post, distribute to media outlets, or display at its national headquarters images of the projects of the winner and any Highly Commended finalists. Images may be used in future promotion of the Bunny Mellon Garden Design Prize for subsequent application rounds. Such work results will remain the property of the entrant but permission to so reproduce or display both by the ICAA and other media outlets must be granted by the prize recipient upon receiving the prize; decisions about where and how to so show will be made by Institute staff in partnership with the Prize jury. Entrants must have publishable images ready to provide to the ICAA for distribution upon receipt of the prize, with all necessary permissions secured. It is the responsibility of the ICAA to cover any and all related display costs as deemed most appropriate.