Welcome to the Cast Hall at the Institute of Classical Architecture & Art!

Behind the elegant Renaissance-style facade of 20 West 44th Street, where the Institute of Classical Architecture & Art (ICAA) is headquartered, lies one of the most unique and storied collections of sculptural objects in New York City. Few passersby on the street below may be aware that a bright room on the top floor contains works that offer insight into the history of classical art, the evolution of Western curatorial efforts, and the now-rare practice of plaster casting that preserved beautiful replicas of sculpture from antiquity to 21st century architecture.

Our collection at 20 West 44th Street has been an integral teaching tool for the Institute of Classical Architecture & Art since 2004, where hundreds of students, artists, architects, and enthusiasts have learned and gained inspiration from our 19th century replicas of Classical, Renaissance, and Baroque sculpture and architectural features.

A Brief History of our Collection

While it may seem strange to the 21st century museum-goer for galleries to be populated with plaster replicas of ancient sculpture, in the 19th century, plaster casts were considered integral components of museum and educational collections. In an era where travel to see the masterworks of the classical world was difficult, casts gave audiences across Europe and the United States access to sculpture, architectural fragments, and decorative arts. As casts allowed artists and visitors alike to study three dimensional objects in perfect detail and scale, no stigma was attached to reproduction.

The 19th century public were also fascinated by the classical world, and casts served an important role in bringing classical art to this eager audience. This interest was twofold. First, excavations throughout the 18th and 19th centuries continued to unearth more and more treasures of the ancient world, capturing public attention. The discoveries from these excavations often were displayed prominently at events like the 1867 Paris Universelle Exposition, where over fifteen million visitors flocked to see wonders including newly-discovered Roman and Greek sculpture. Second, the field of art history considered classical art the pinnacle of artistic creation, driving scholarship and artistic training to revolve around the study and usage of classical artistic principles. As a result, museums prioritized acquiring ancient works for their collections to fulfill the desires of the public, scholars, and artists. 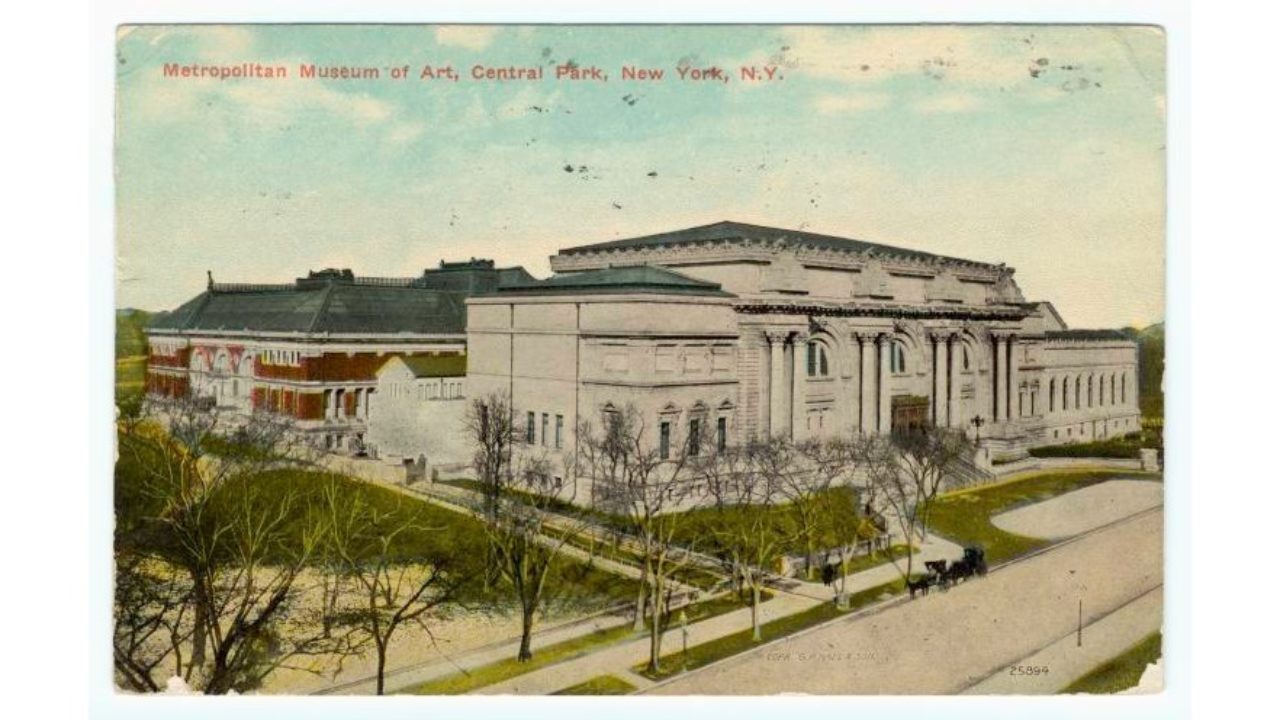 Facade of The MET, 1910, NYPL. The original red brick 1880 Calvert Vaux building is at the rear of the museum, with the 1902 Richard Morris Hunt Beaux-Arts facade facing 5th Avenue.

Thus, major museums like The Metropolitan Museum of Art began to grow their collections of casts to ensure their collections included classical objects “of the highest beauty and of inestimable value toward the formation of sound taste in Art” and represented what their visitors were clamoring to see. In 1883, The MET began the twelve-year process of assembling their collection, and with a gift of $100,000 from New York businessman Levi Hale Willard, they began purchasing casts from plaster ateliers across Europe, including the workshop housed at the Louvre.

From 1883 to 1895, led by Henry Marquand, the Committee on Casts acquired 2,067 works that ranged from Greek and Roman objects to Renaissance sculptures and Medieval architectural elements. The casts would fill The MET’s galleries, inspiring artists and delighting school groups until the 1940s, when the Museum’s newly-purchased original works of ancient artwork displaced the plaster replicas.

The collection lived in warehouses in Upper Manhattan and the Bronx until the early 2000s, when The MET identified potential stewards for the collection, including the ICAA. The Cast Hall at the ICAA was founded in 2004 to house a donation of over 200 of The MET’s 19th-century casts, where they have been restored to their original purpose of teaching and fascinating students and artists alike. After fifty years of disuse, the casts at the ICAA’s Cast Hall are visited by school groups across the tri-state area each year, and our collection serves as inspiration for students and artists alike. Want to learn even more? Click here to read further.

Highlights of the plaster cast collection are on view in the ICAA’s Cast Hall by appointment. School groups are encouraged to visit and take advantage of our free programming that is tailored to each individual visiting group.

For educators interested in visiting the Cast Hall, click here to learn more about our Cast Hall programming and here to read descriptions of previous programs.

Admission to view the collection is free.