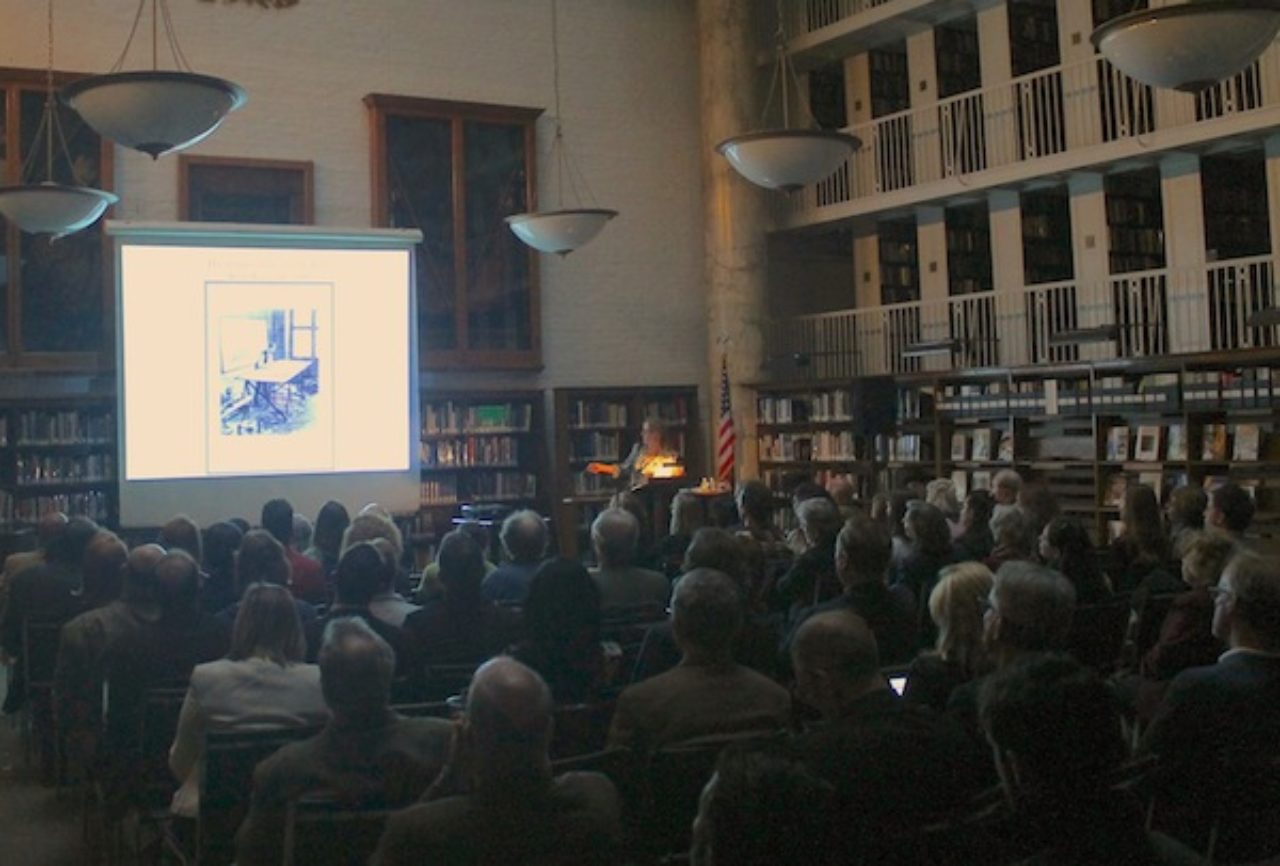 Margot Ellis speaks in the Library at The General Society

On Thursday, April 21st, Margot Ellis spoke to members and guests of the ICAA about the buildings, lives and stories behind her celebrated publication, Americans in Paris: Foundations of America’s Architectural Gilded Age. Ms. Ellis co-authored the book alongside Jean Paul Carlhian, the revered architect, Harvard professor and graduate of the École des Beaux Arts whom she met and worked with for the last nine years of his life. She continued working on the manuscript after Mr. Carlhian’s passing before its final release in 2014. 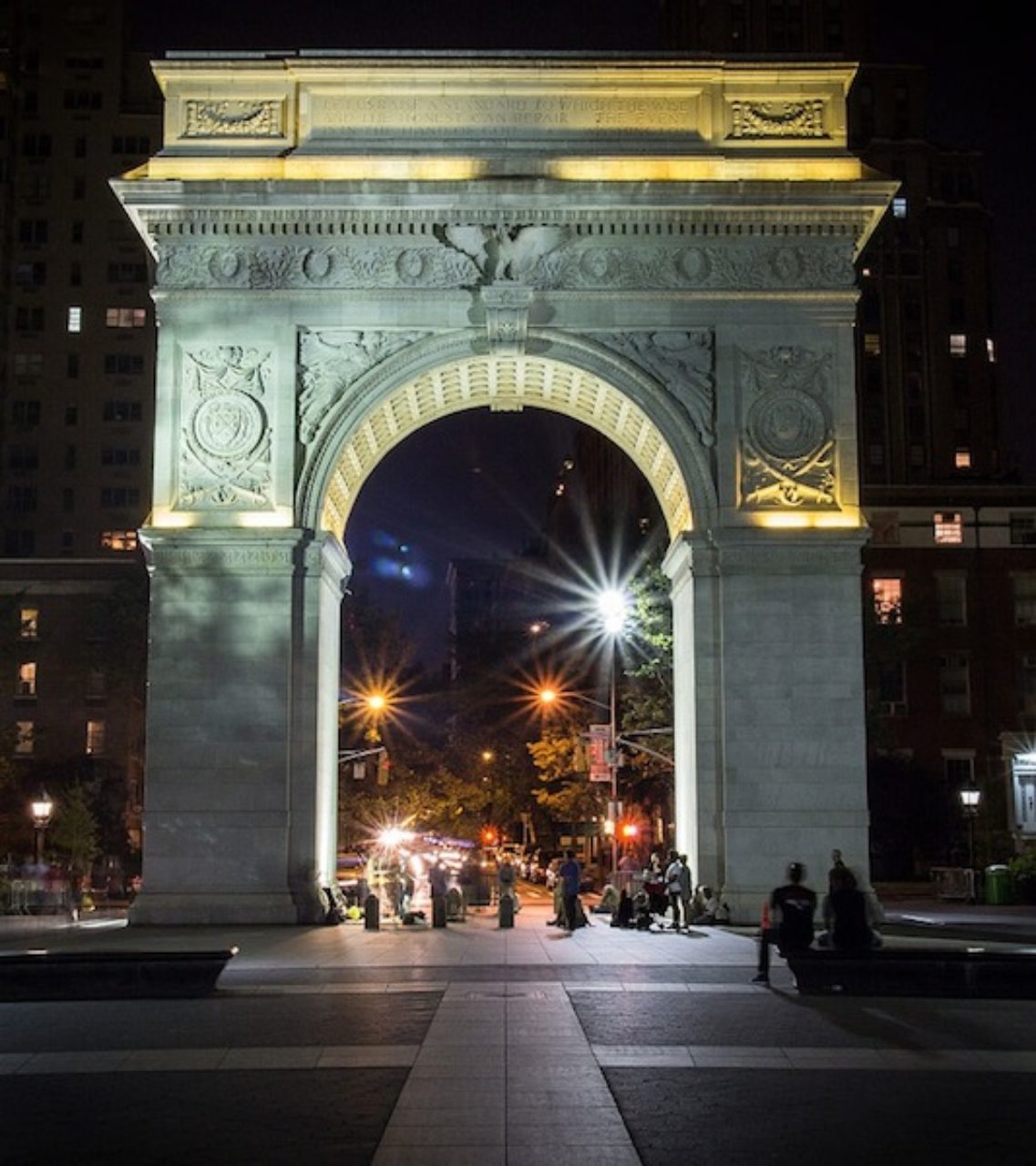 e history of the École des Beaux Arts, Ms. Ellis discussed the many Americans who voyaged abroad to study its school of architecture’s now universally recognizable Greco-Roman style. She presented sketches, plans and pictures of the works these students later created, highlighting along the way the classical techniques and precepts they developed from their dedication to the École.

Speaking mere blocks from two of our country’s most admired Beaux Arts landmarks, the Grand Central Terminal and the New York Public Library’s main branch, Ms. Ellis detailed the deep, visible impression these students went on to have on our nation’s built environment. From college campuses to major metropolitan areas, these architects such as John Russell Pope, Charles McKim and Julia Morgan took on projects throughout the first half of the 20th century that helped to establish the legacy of classicism in modern American architecture. 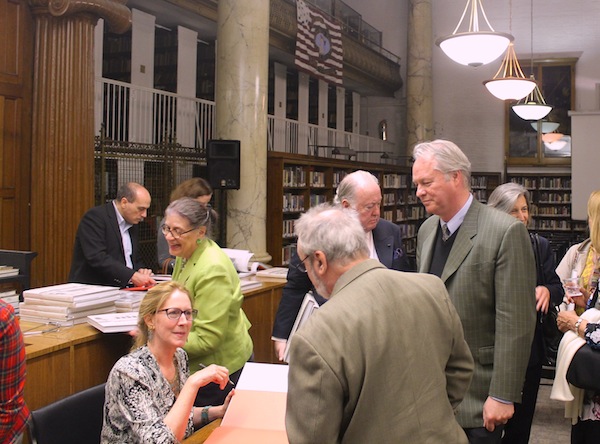 Ms. Ellis signs books after her lecture for the ICAA