In a dinner to be held on Monday, May 23rd at the University Club of New York, the following will be honored, by category:

Founded by Marc Appleton in 1976, Appleton Partners LLP maintains offices in Santa Monica and Santa Barbara, California with the support of partners Ken Mineau, Andrew Scott, and an exemplary design and project management team. The firm has designed over 800 projects and specializes in the planning, architecture, and landscape design of custom residential, institutional, and commercial projects.

Whether contemporary or traditional in style, Appleton Partners’ architecture embraces an appreciation of place and time. The work is regionally diverse and eclectic and rejects the idea that a successful design practice needs to be “branded” or have a consistent signature. The firm believes that a harmonious relationship between buildings and landscape is essential, that architecture doesn’t always have to shout, and that it takes effort and restraint to achieve something easy and unselfconscious. The firm’s work under Marc’s leadership was consistently named to Architectural Digest’s AD100 list from 1991-2016. In 2011, Marc won the Westweek Star of Design Lifetime Achievement Award, and in 2014 he became the first recipient of the Design Leadership Network’s inaugural Design Leadership Award. Appleton Partners LLP continues his legacy of excellence. 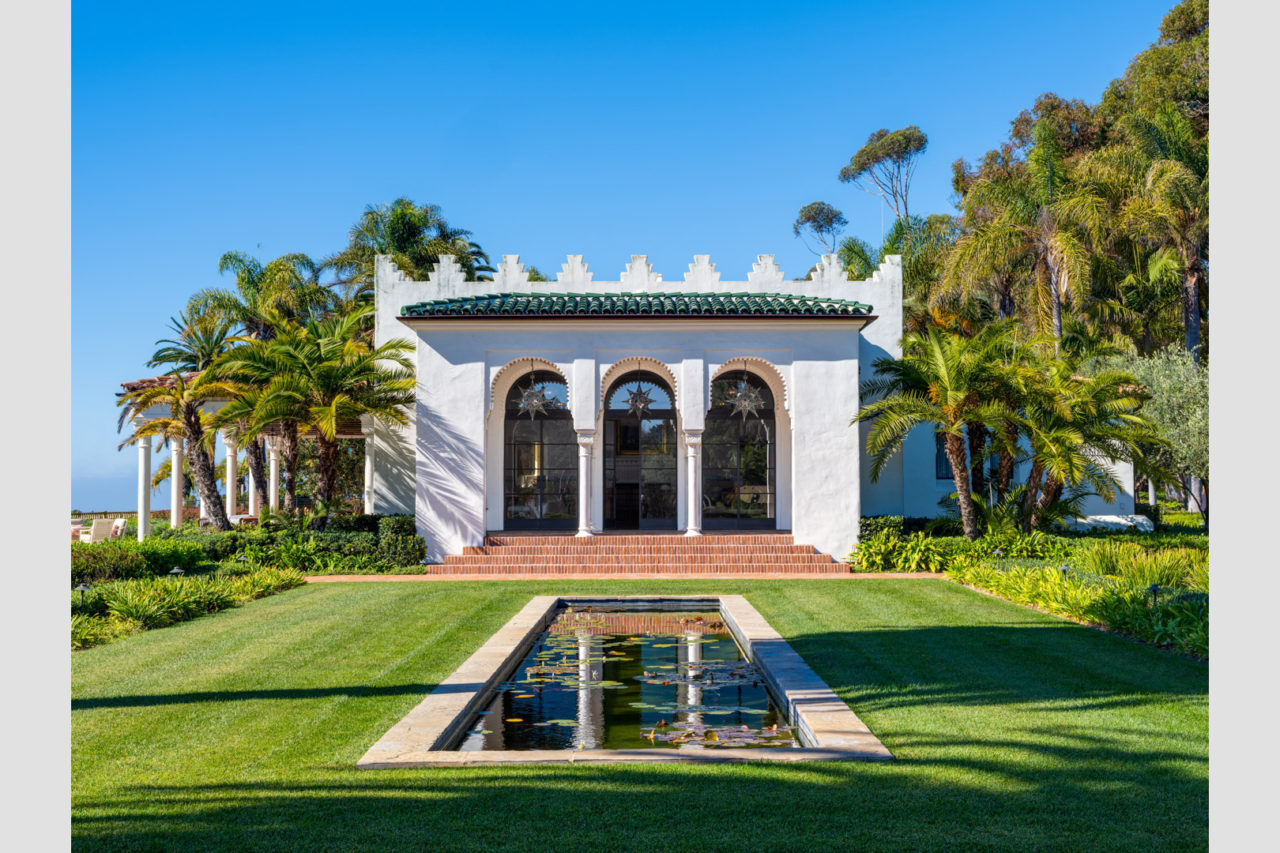 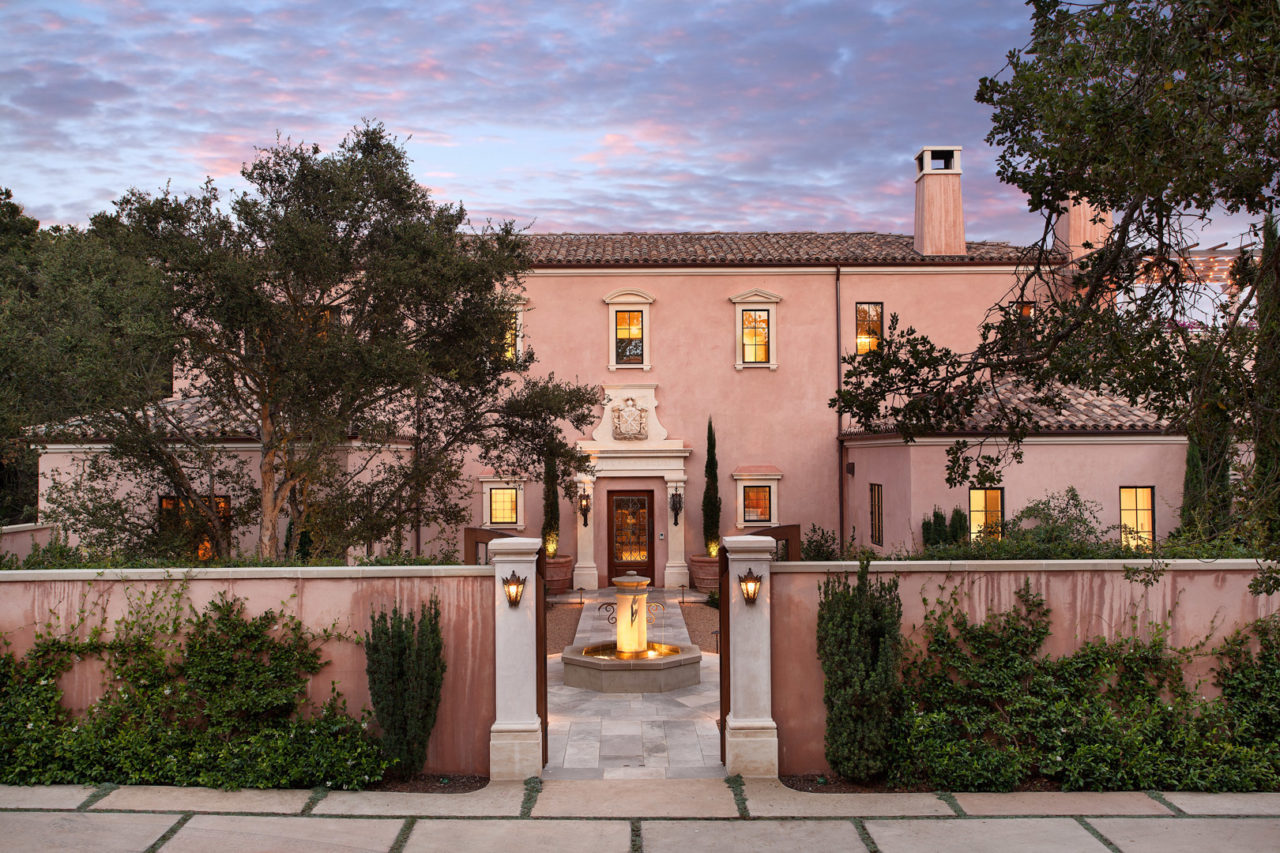 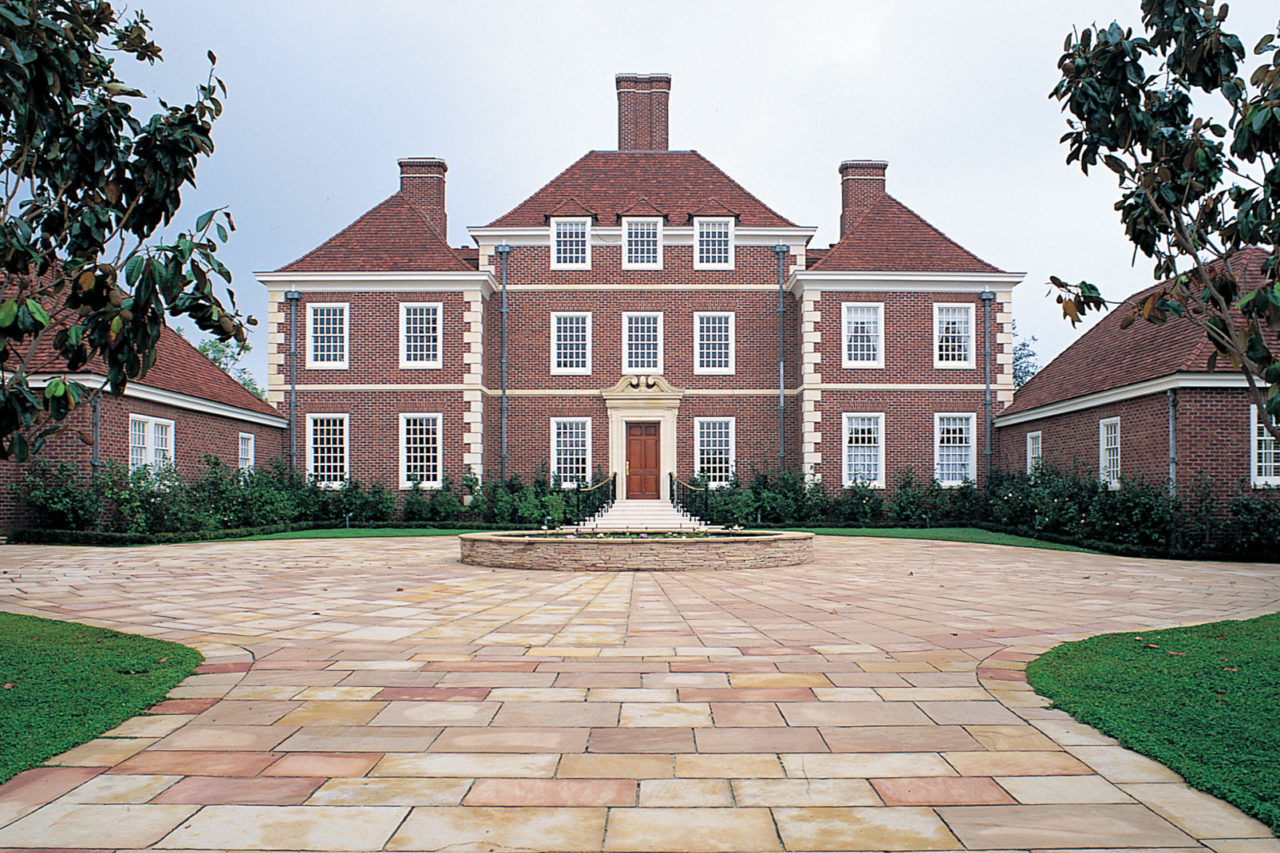 John Danzer’s foray into garden furniture design developed from his research into historic gardens, their furnishings, and design. After developing a substantial archive he became a sought-after speaker on garden furniture design history, lecturing at the Cooper-Hewitt, V&A, Garden History Museum, and the New York Botanical Garden and subsequently founding Munder-Skiles, which today produces over 100 designs in wood, metal, and all-weather wicker.

John was awarded the Roscoe for the best designed American chair, and he has been honored with a 10-year retrospective, “Reinventing the Garden Seat,” by the New York School of Interior Design. John has led the 3D documentation and restoration of designs at Dumbarton Oaks, The Mount, and Montgomery Place, has reproduced pieces for Mount Vernon and Monticello, and is credited with discovering America’s oldest garden bench at Almodington. He is a founding Fellow of the Garden Conservancy and is on the Advisory Council of the Cultural Landscape Foundation. With senior staff overseeing Munder-Skiles’ US operations, John recently moved to Madrid where he is opening its European showroom. 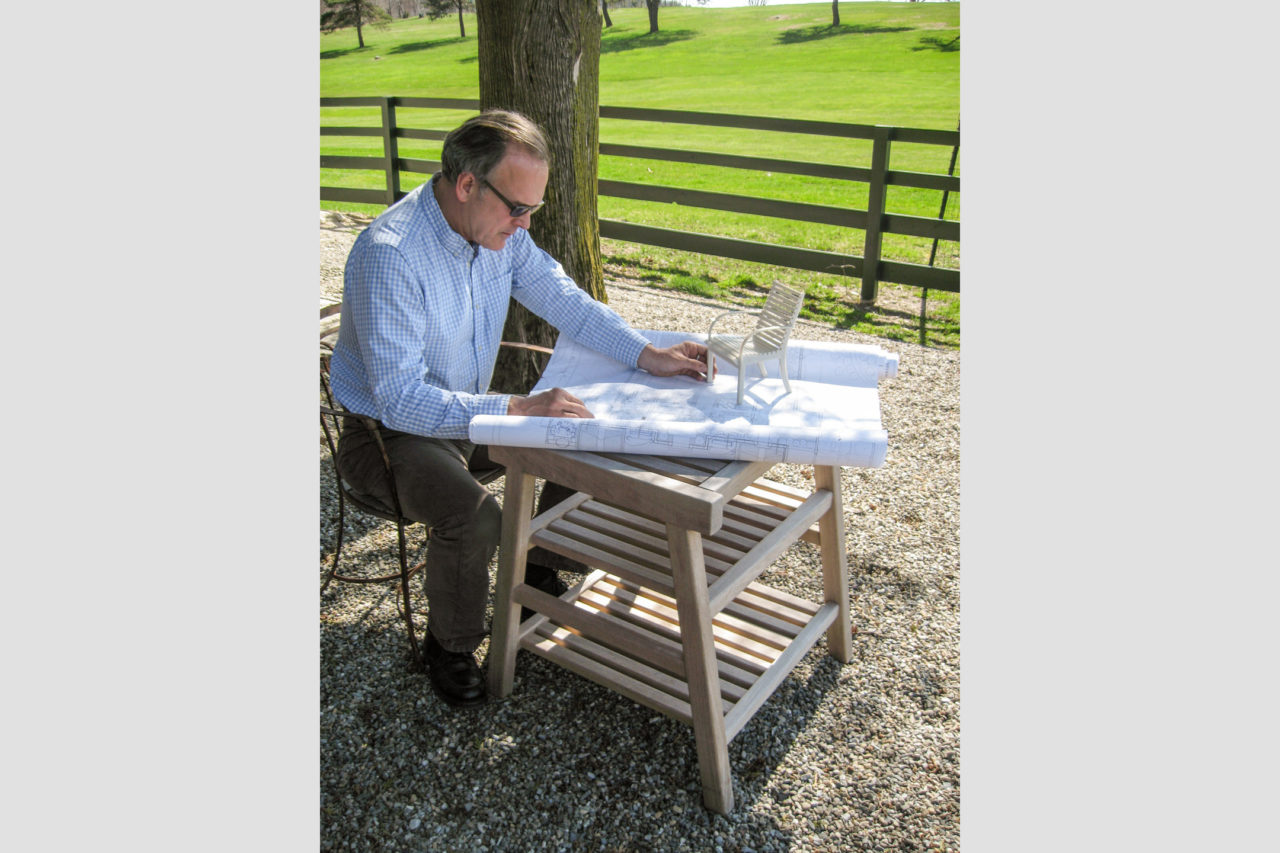 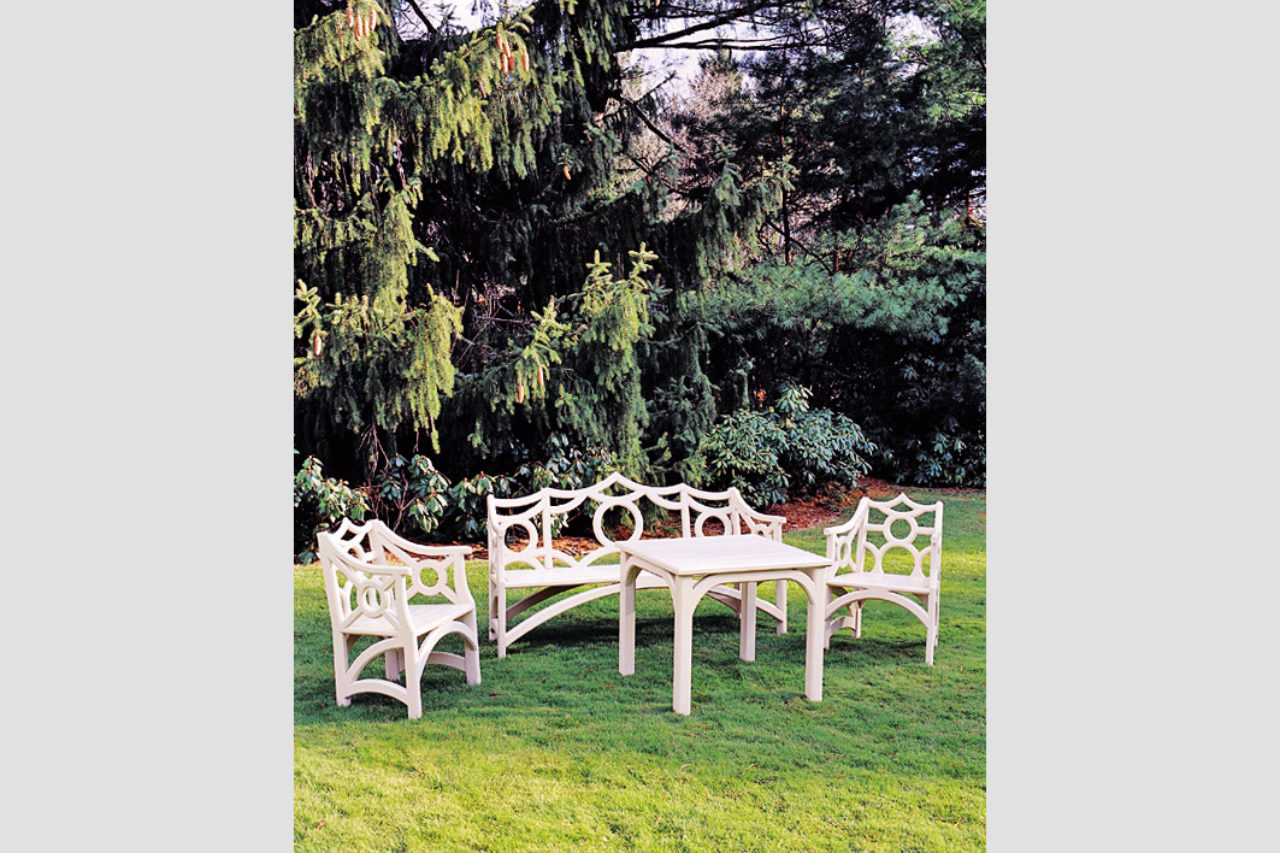 Interior designer Suzanne Rheinstein is known for her signature style that is often described as elegant civility—“fewer things but better things”—encompassing a mixture of beautiful objects, furniture styles, personal art, painted surfaces, and great attention to comfort, textures, details, and light. Suzanne was the owner of Hollyhock for 30 years, the renowned home furnishings shop known for its unique antiques, decorative accessories, and the Hollyhock Home collection, which included furniture and lighting designed by Suzanne.

Born and raised in New Orleans, Suzanne has a deep appreciation for the traditions of that city. Her Southern sense of style and hospitality, the visual sophistication she acquired living on the East Coast, and her appreciation for the relaxed lifestyle of Southern California have made her a sought-after talent. 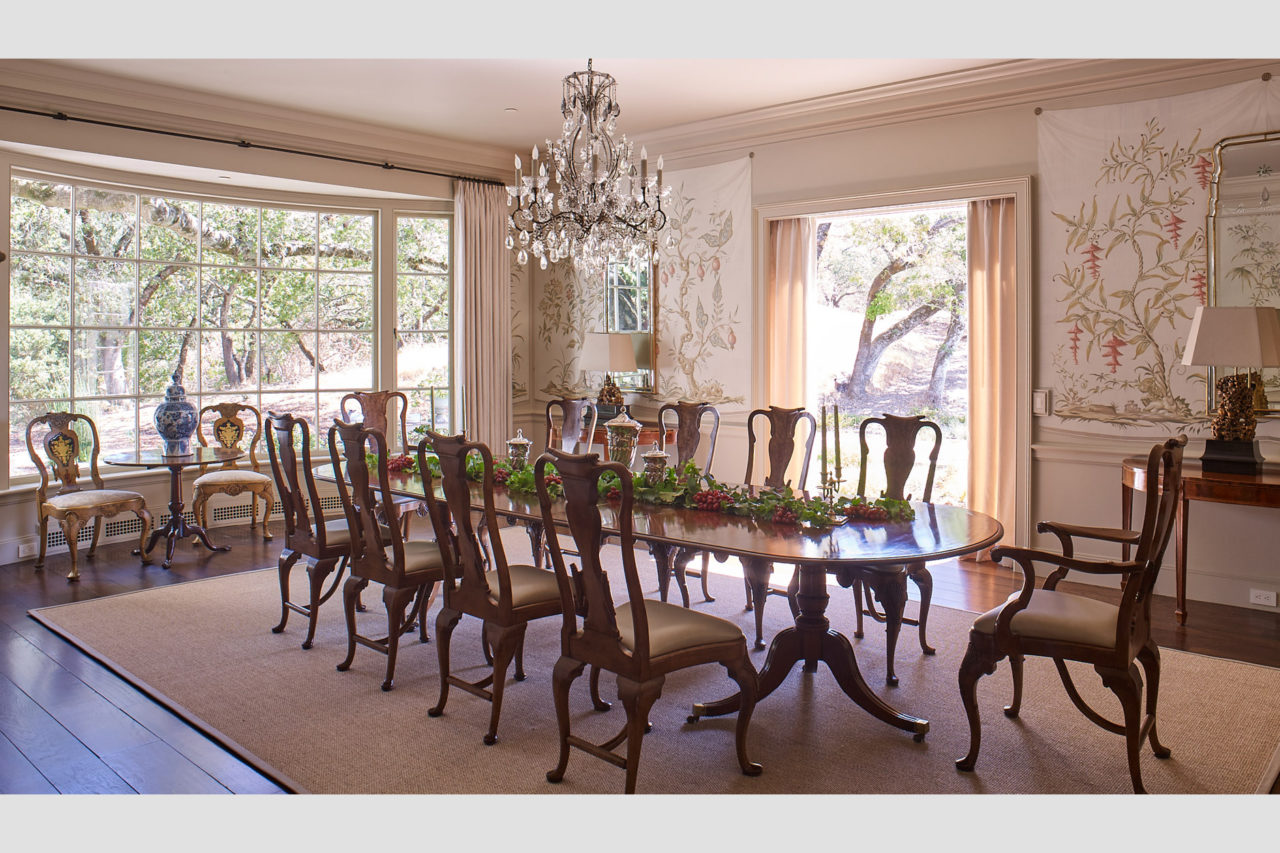 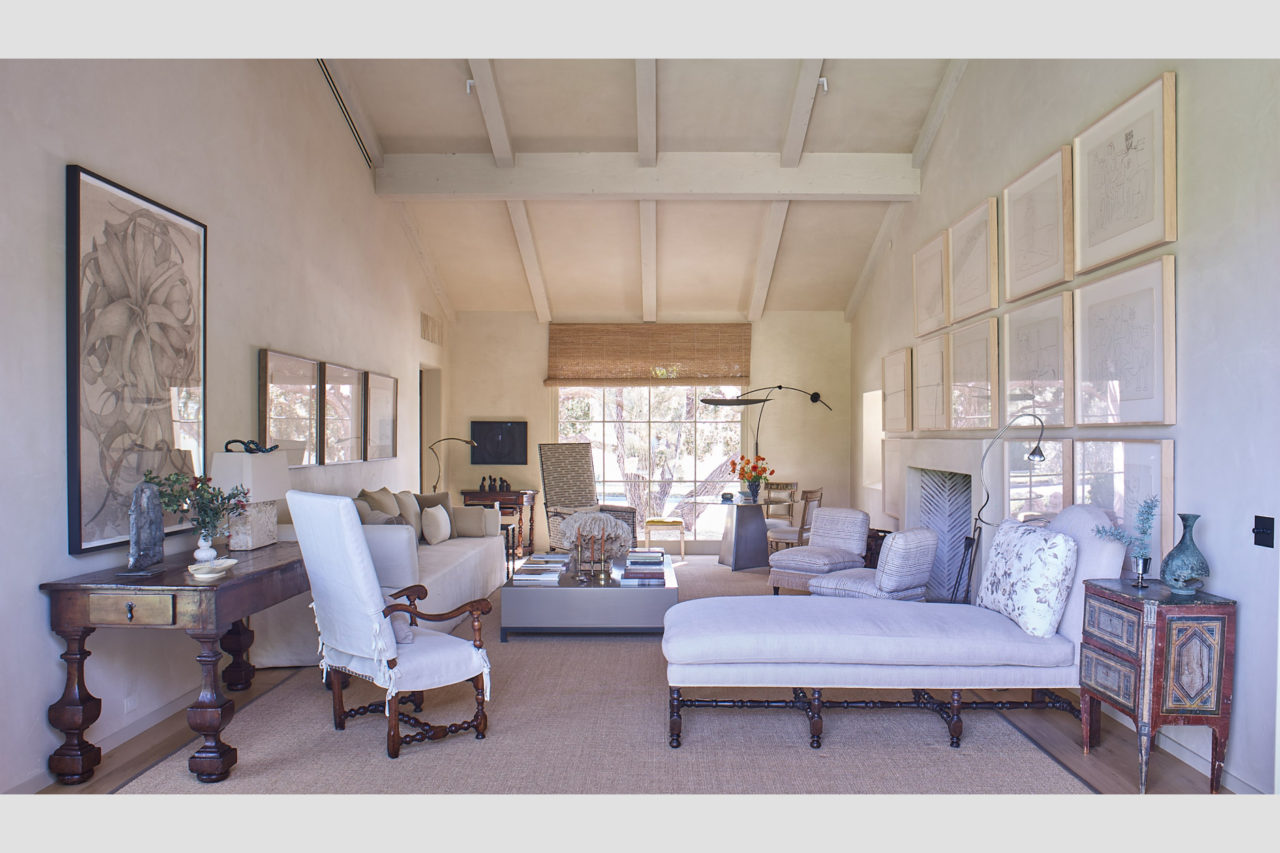 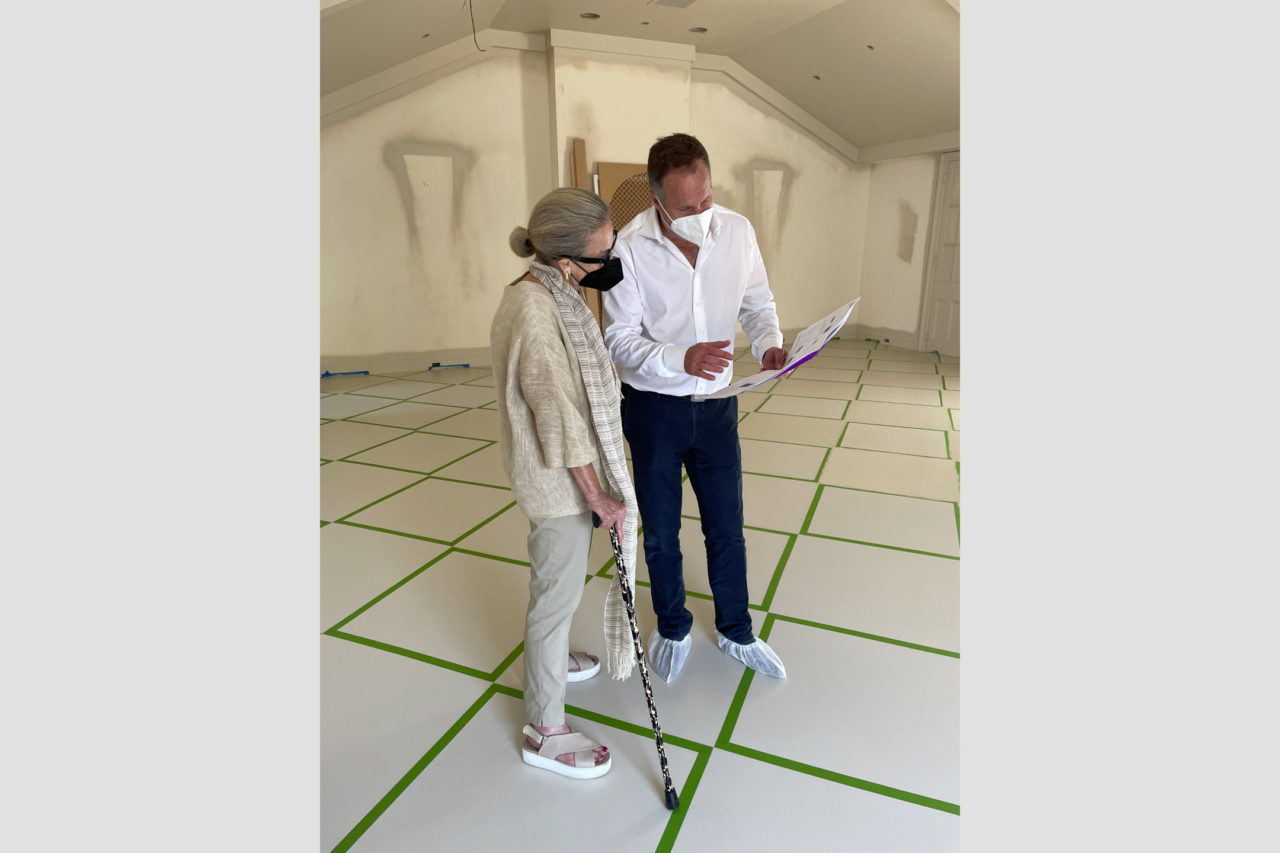 Arne Maynard, hailed by his profession as one of the most important garden designers working today, is an RHS Chelsea Flower Show Gold Medal and Best in Show winning designer with an international portfolio of diverse projects across the world.

Central to Arne Maynard's work as a garden designer is his ability to identify and draw out the essence of a place, something that gives his gardens a particular quality of harmony and belonging. He has a collaborative approach to design and believes that to succeed, a garden must relate and respond to its surrounding landscape, its history, and to the buildings within and around its confines, as well as to the needs of its owners. Bold lines and a strong planted architectural framework are characteristic, within which Arne creates soft plantings of herbaceous flowers and roses that are casual, lush, and expansive.

Most importantly, Arne is a passionate and experimental gardener. At Allt y bela, his home in Monmouthshire, South Wales, UK, he is in the process of designing and landscaping the garden around the beautiful medieval tower house.

Timothy Smith & Jonathan Taylor are practitioners, educators, and researchers with a distinct and growing reputation for their interest in classicism and its potential as a living language of architecture. Since 2011, Smith and Taylor have pioneered the only classical architectural design studio in a professionally accredited architecture course in the United Kingdom, at Kingston University, London. Their teaching embraces the poetry and typology of the classical orders, the logic of local construction techniques, and the study of notable precedents, exposing students to the possibilities of classical expression from high to low. They have recently been invited to teach at the University of Miami and Catholic University of America, in addition to the INTBAU Engelsberg Summer School in Classical Architecture.

Their London-based practice, Timothy Smith & Jonathan Taylor Architects, is the vehicle for their built work and for much of their research output. Their classicism is a living, contingent tradition, informed as much by contemporary thought as by adherence to the orders. In 2020 they were awarded the RIBA Traditional Architecture Group’s Achievement Award, and their work and the work of their students has been published and exhibited internationally. 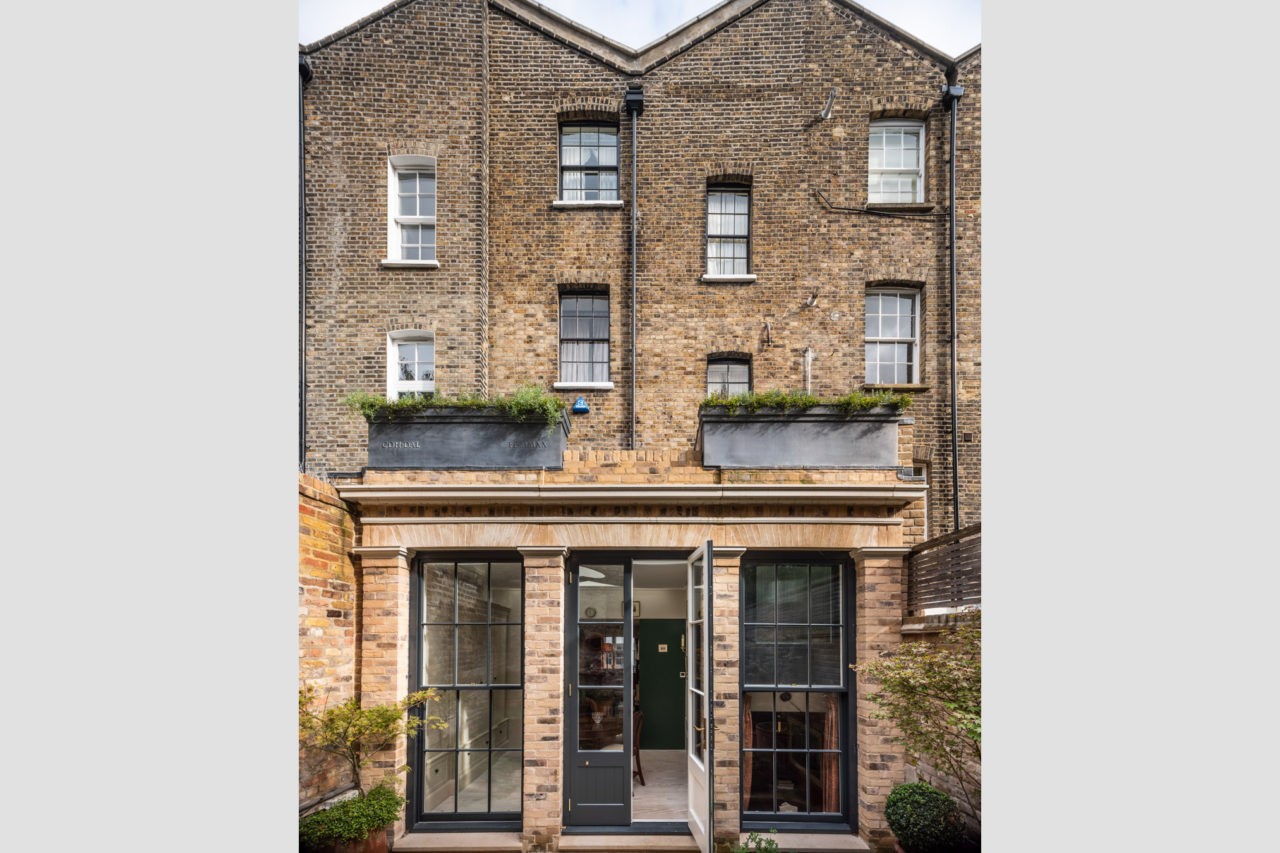 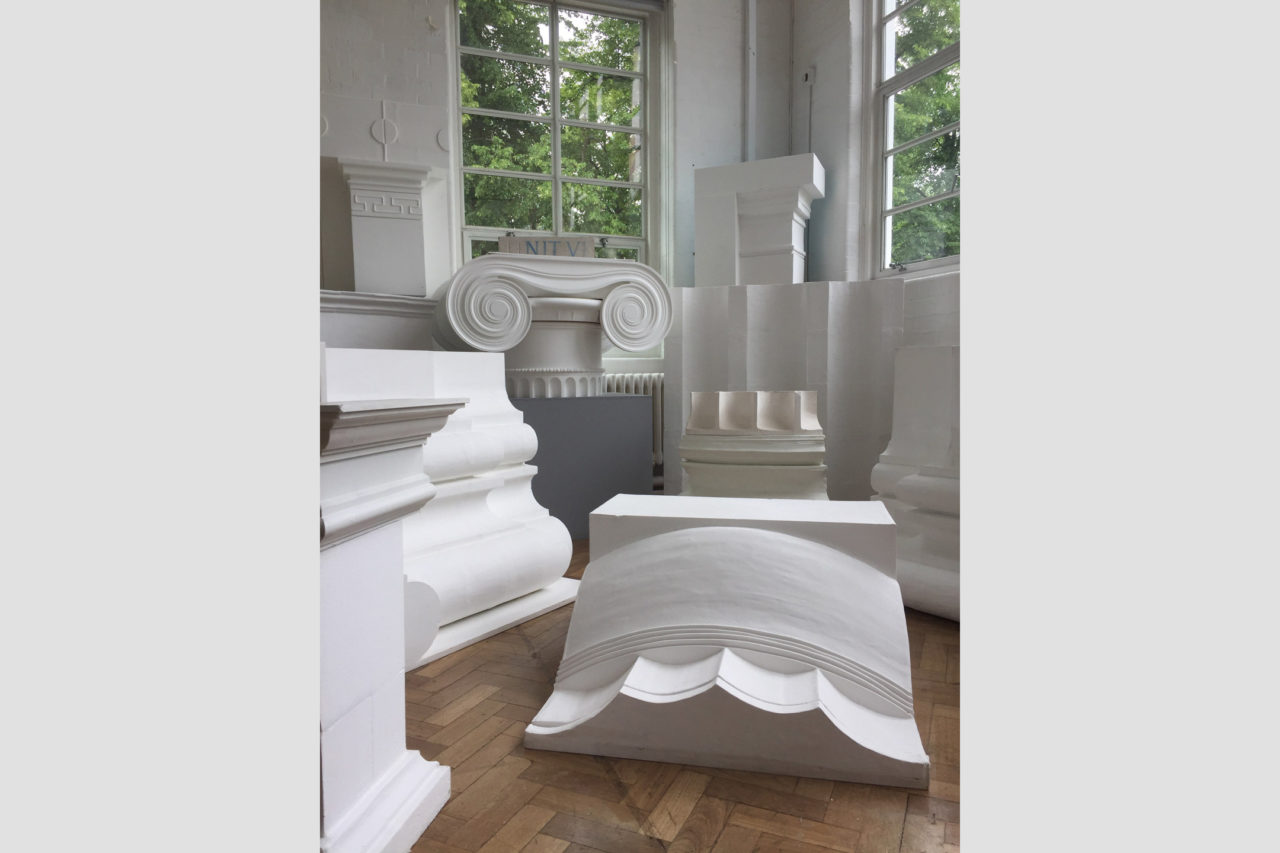 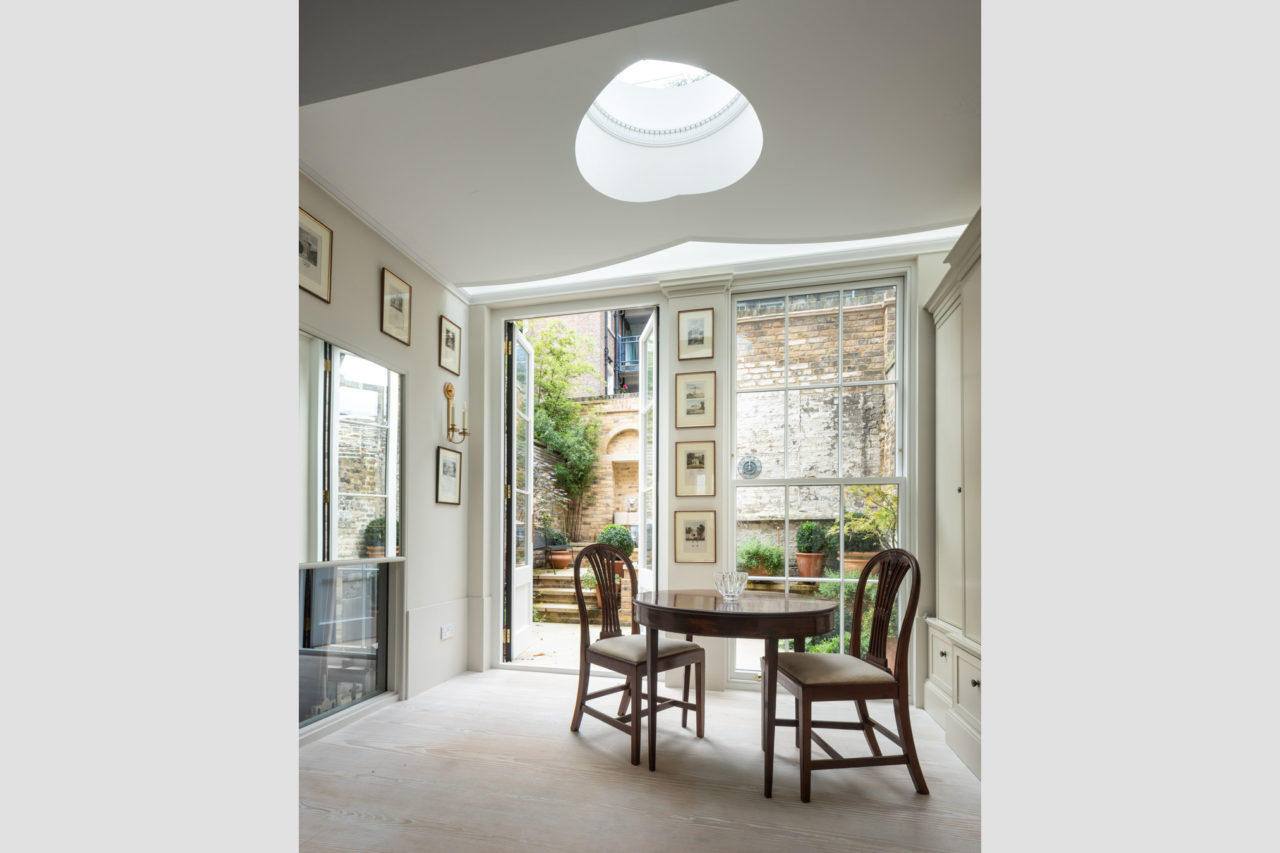 Barry Bergdoll is Meyer Schapiro Professor of Art History at Columbia University and former chief curator of Architecture & Design at the Museum of Modern Art (2007-14). A specialist in 18th and 19th century French and German architecture, he is the author of numerous books on architecture, including European Architecture 1750-1890, in the Oxford History of Art series published in 2000. He was also co-curator of the exhibition “Henri Labrouste: Structure Brought to Light” at MoMA in 2013, where he also curated exhibitions on Mies van der Rohe, Frank Lloyd Wright, Latin American modern architecture, and the Bauhaus. He is currently completing a book on the history of exhibiting architecture, based on the Mellon Lectures delivered at the National Gallery of Art in 2013. 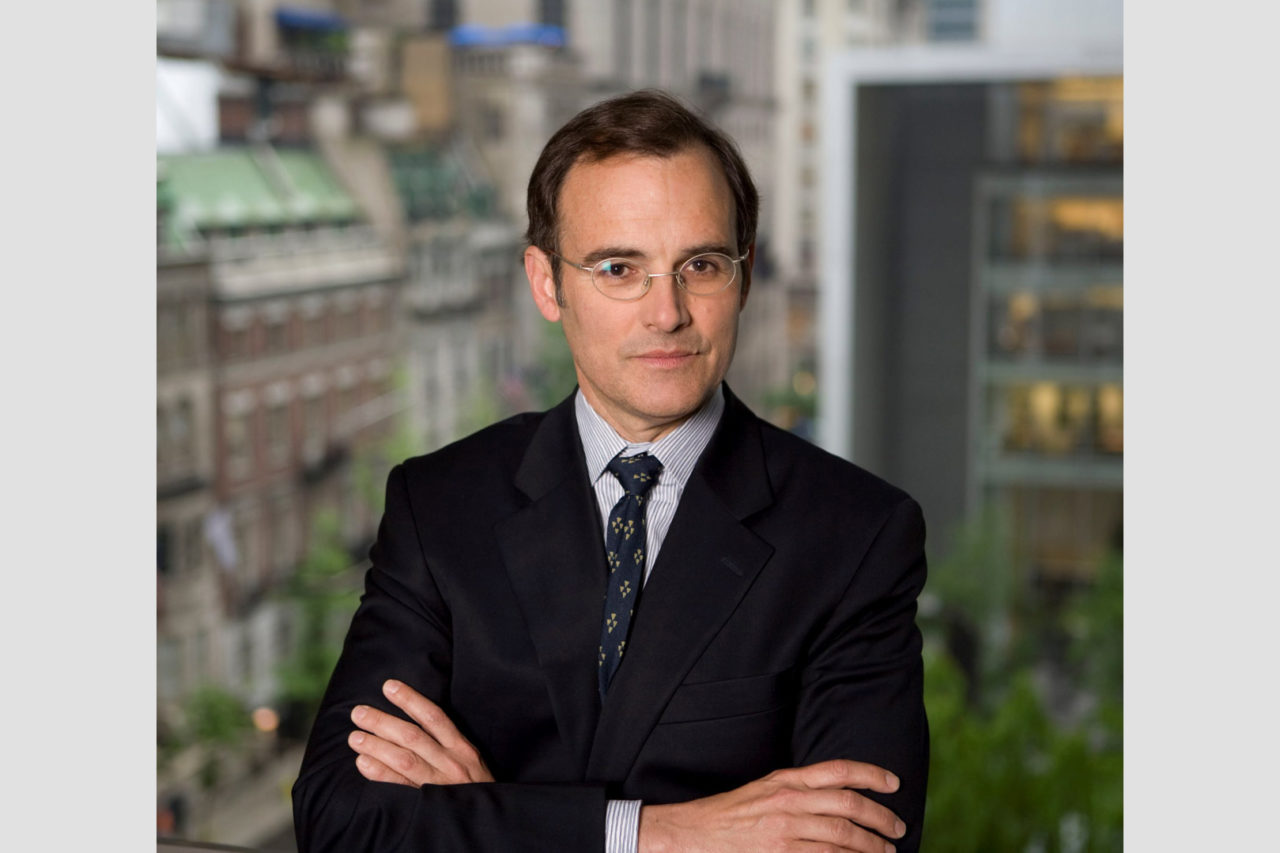 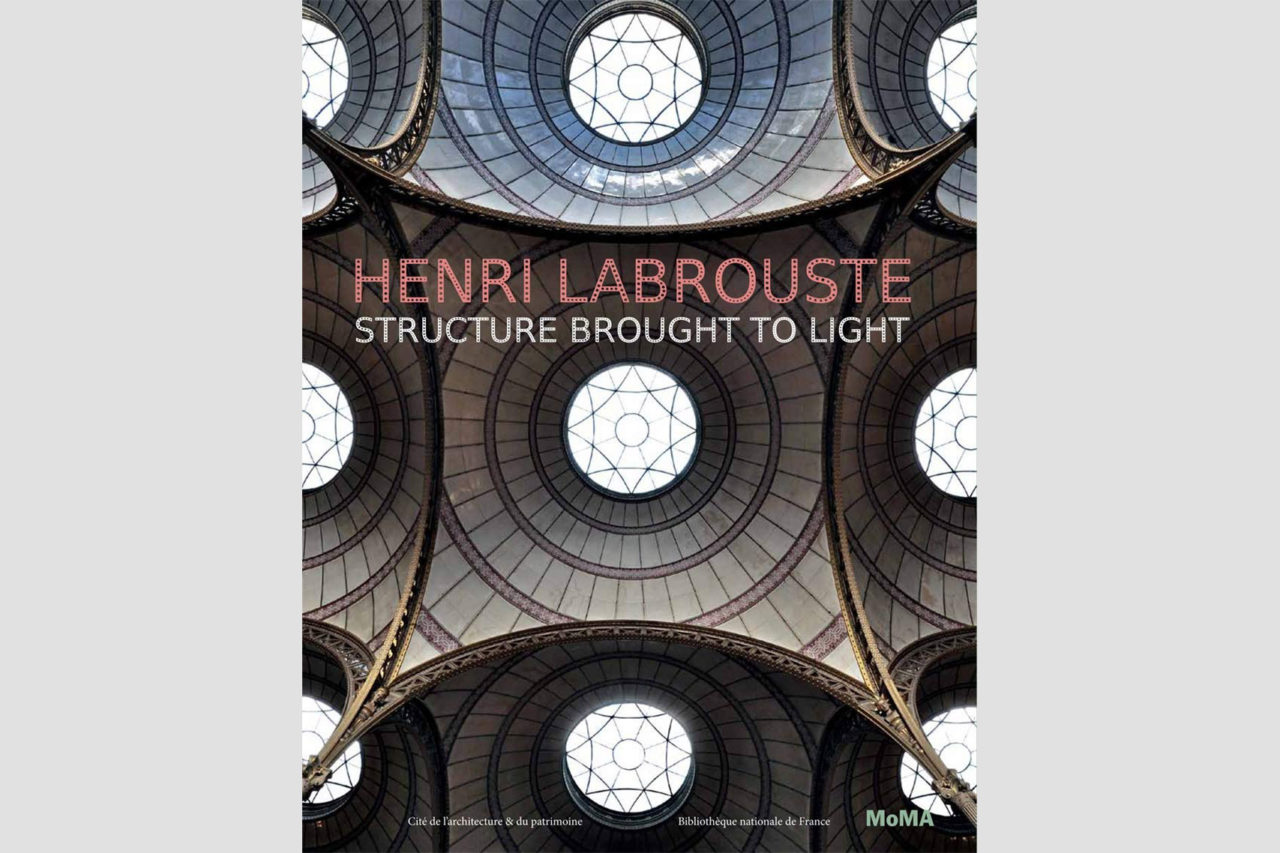 Raymond L. Gindroz, FAIA is a renowned urbanist who pioneered participatory planning processes for neighborhoods and downtowns. In 1964, Ray and David Lewis co-founded Urban Design Associates, one of the earliest architecture practices to focus on urban design, recognized for reviving the use of pattern books.

After receiving the Bachelor and Master of Architecture degrees with honors from Carnegie Mellon University and a diploma from Centro per gli Studi di Architettura, A. Palladio, Vicenza, Italy, he received the John Stewardson Award and a Fulbright Grant for study in Italy. Ray has taught traditional urbanism at Yale, Carnegie Mellon, and Hampton Universities, and Ray and his wife Marilyn have supported travel study programs for students in architecture and music. Ray has published numerous books including The Urban Design Handbook and The Architectural Pattern Book, while leading Urban Design Associates and traveling the world, sketching, teaching, and documenting cities throughout his career. He continues to sketch his favorite places. 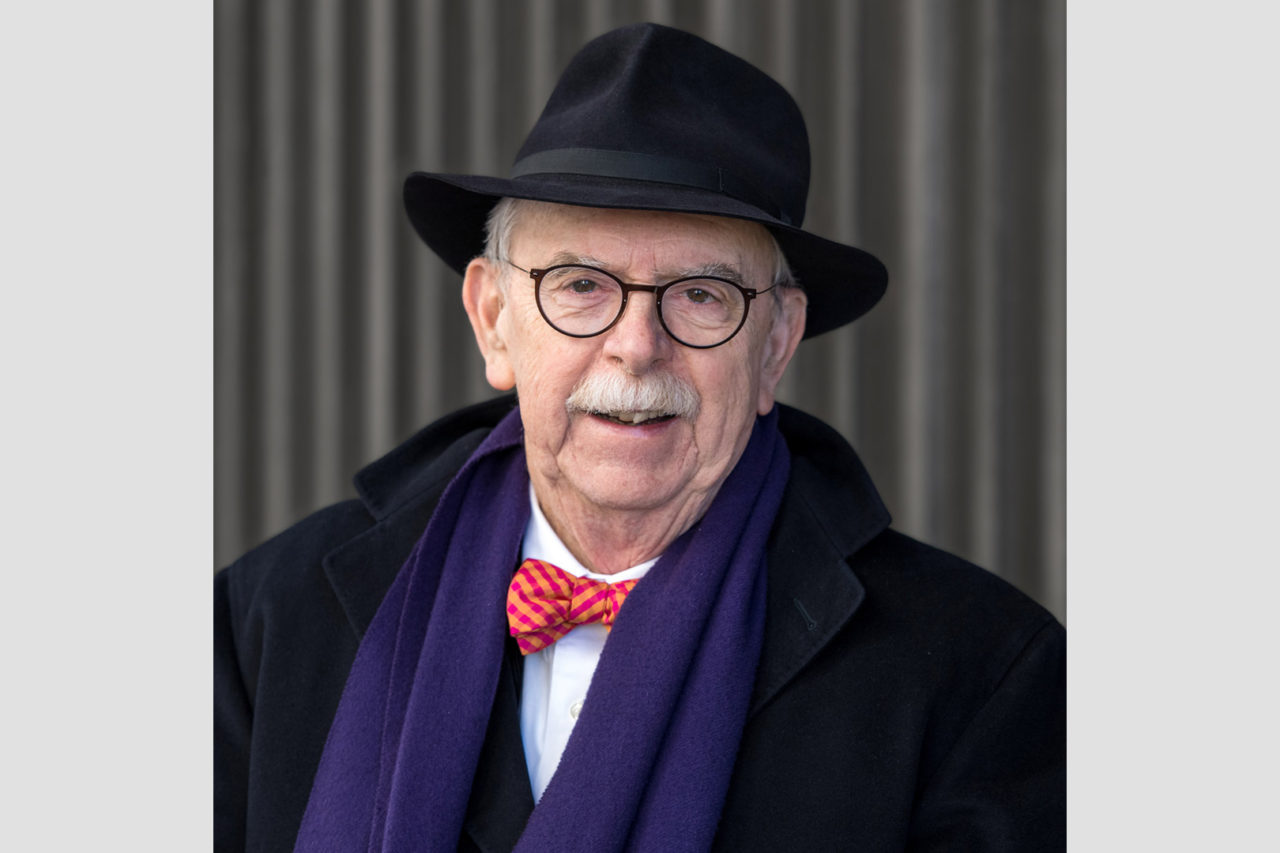 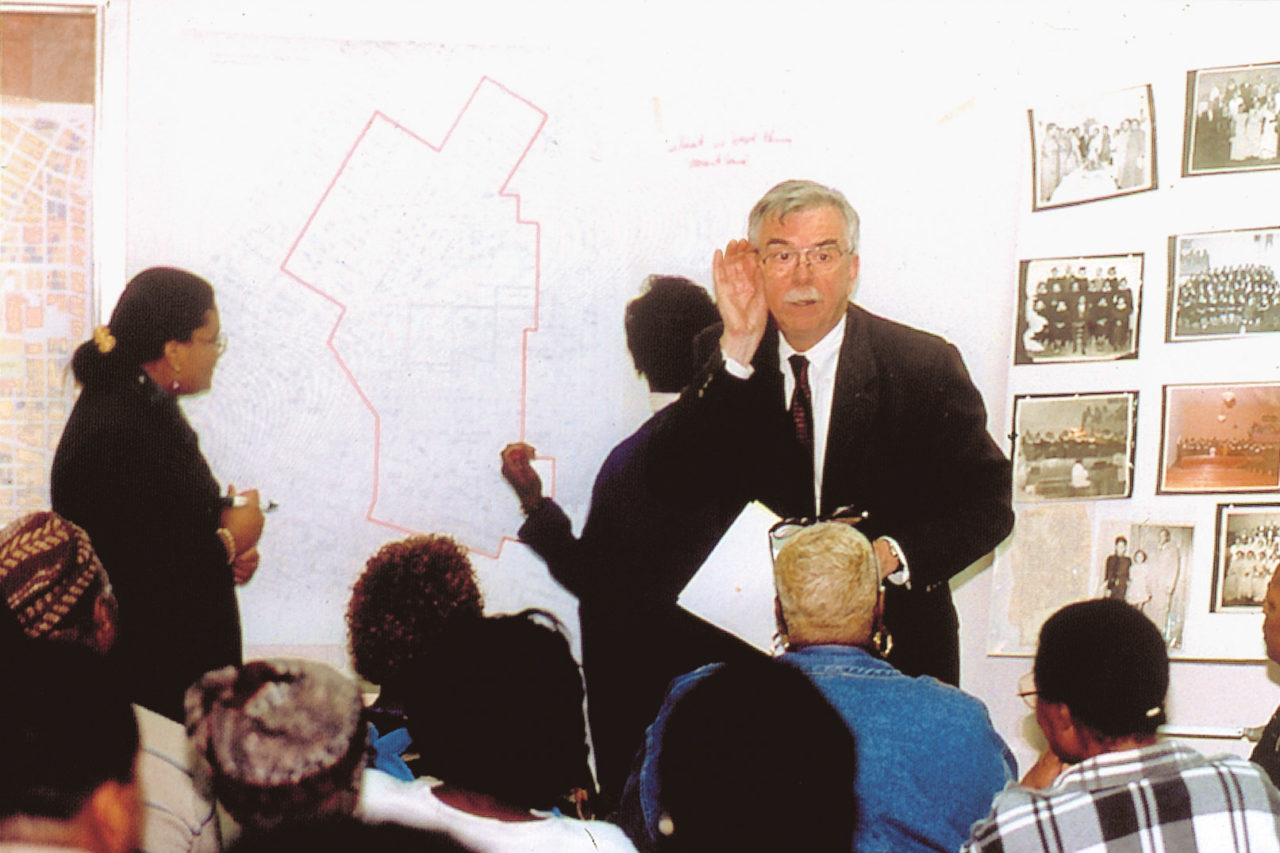 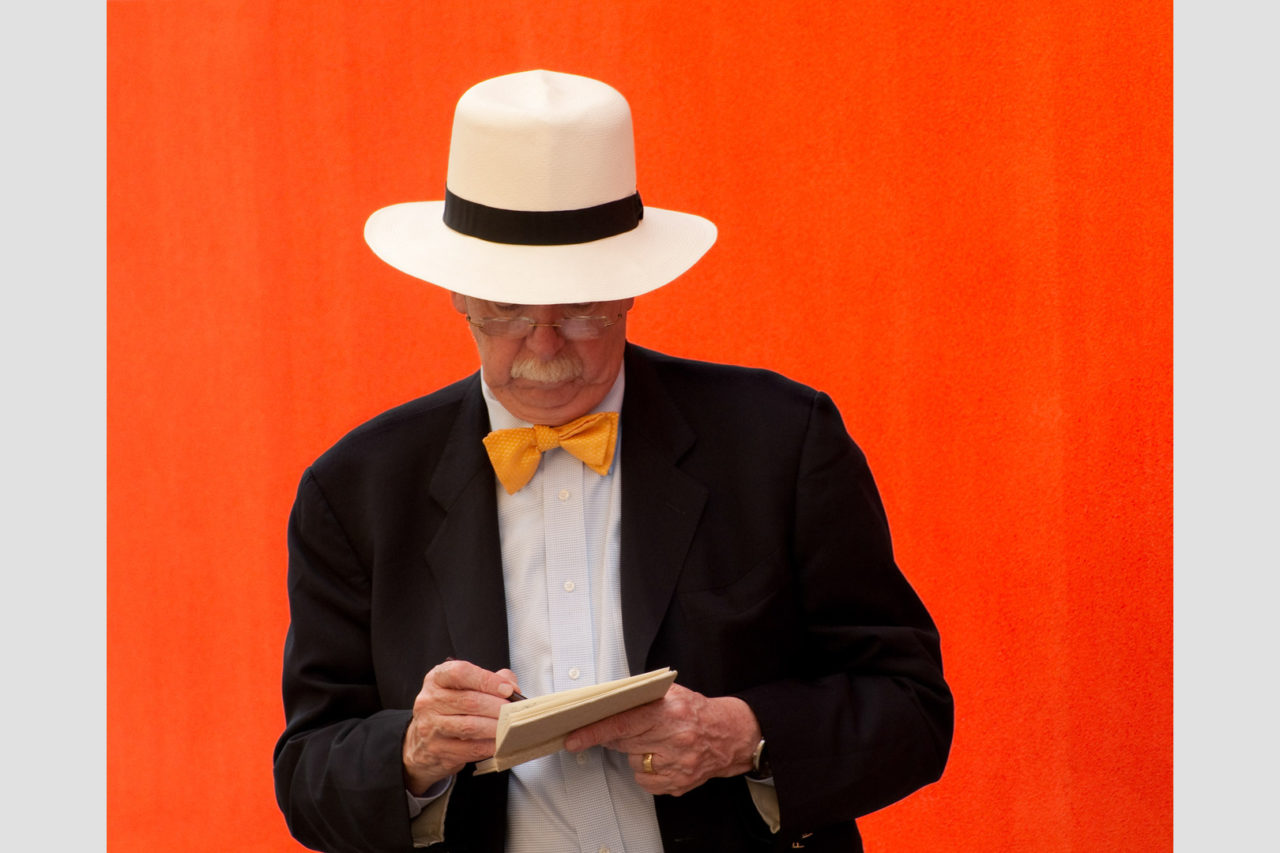 ICAA President Peter Lyden had this to say: “This year’s Arthur Ross Award winners represent the very pinnacle of contemporary classicism and traditional design. They prove not only that the classical language is alive and well, but that it offers abundant room for expression and innovation, and that it is deeply interdisciplinary. The work of these talented practitioners addresses the environments of both the home and urban spaces, the relationship between architecture and its surrounding landscape, the brilliance of architecturally and geographically sensitive interiors, and the execution of stunningly designed furniture. We also honor those whose dedication to continuity and education, transmits the enduring principles of classicism to new generations. These honorees give confidence that the future of classicism is indeed bright.”

The 2022 Arthur Ross Awards celebration at The University Club on May 23rd will commence with cocktails at 7 PM. The Awards dinner and ceremony will follow at 8 PM. The dress code for the event is black tie (floor length or cocktail dresses for ladies).