On Saturday October 3rd, artist Leonard Porter generously opened his studio to ICAA members.  The studio tour was part of an ongoing series of artist studio tours co- presented by the New York Chapter of the ICAA. 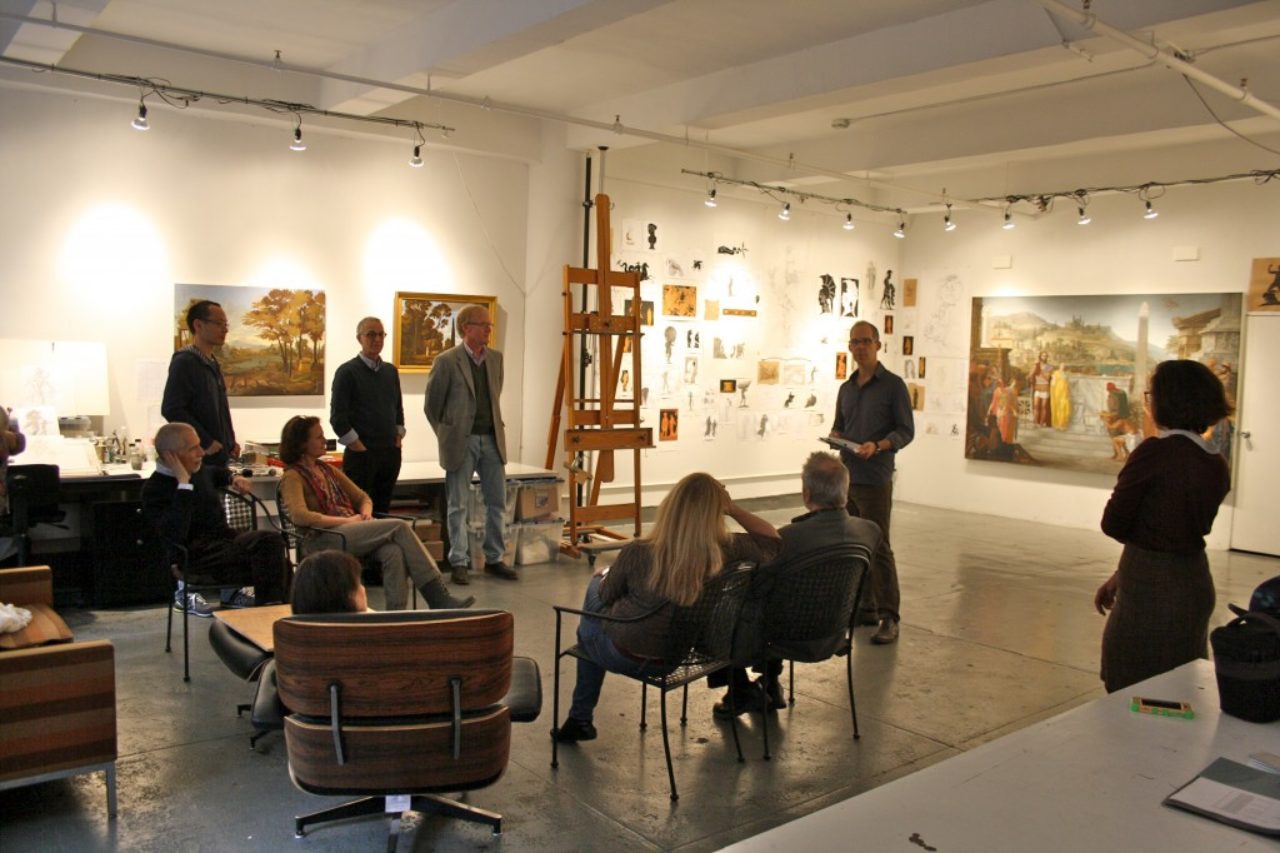 During the course of the tour Leonard discussed his influences, appreciation and desire to make beautiful classical artworks. Trained as a painter, Leonard studied at the Rhode Island School of Design and the School of Visual Arts in New York. Leonard turned away from contemporary styles of art and began to explore classical tradition. He has a fascination with Greek and Roman figures - the mythology and deeper meaning associated with each figure. 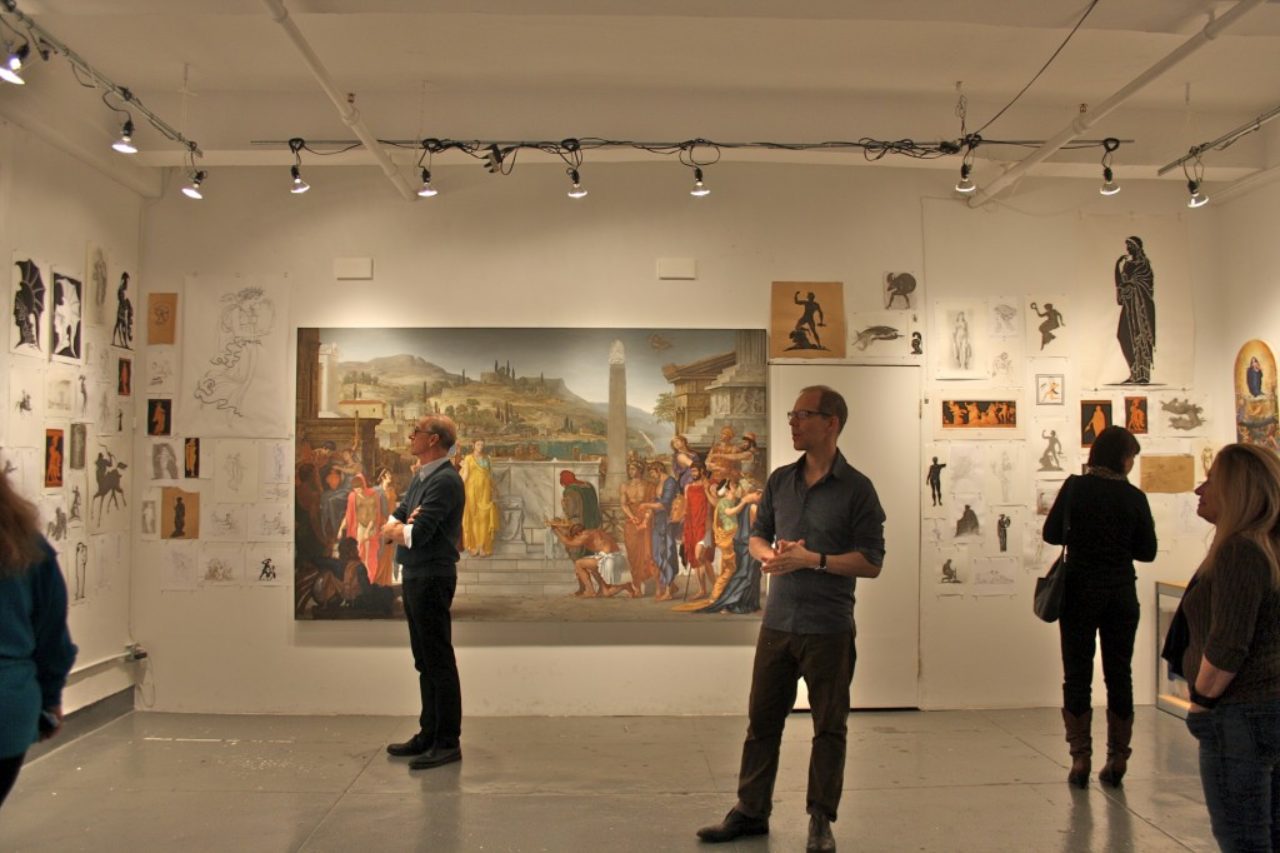 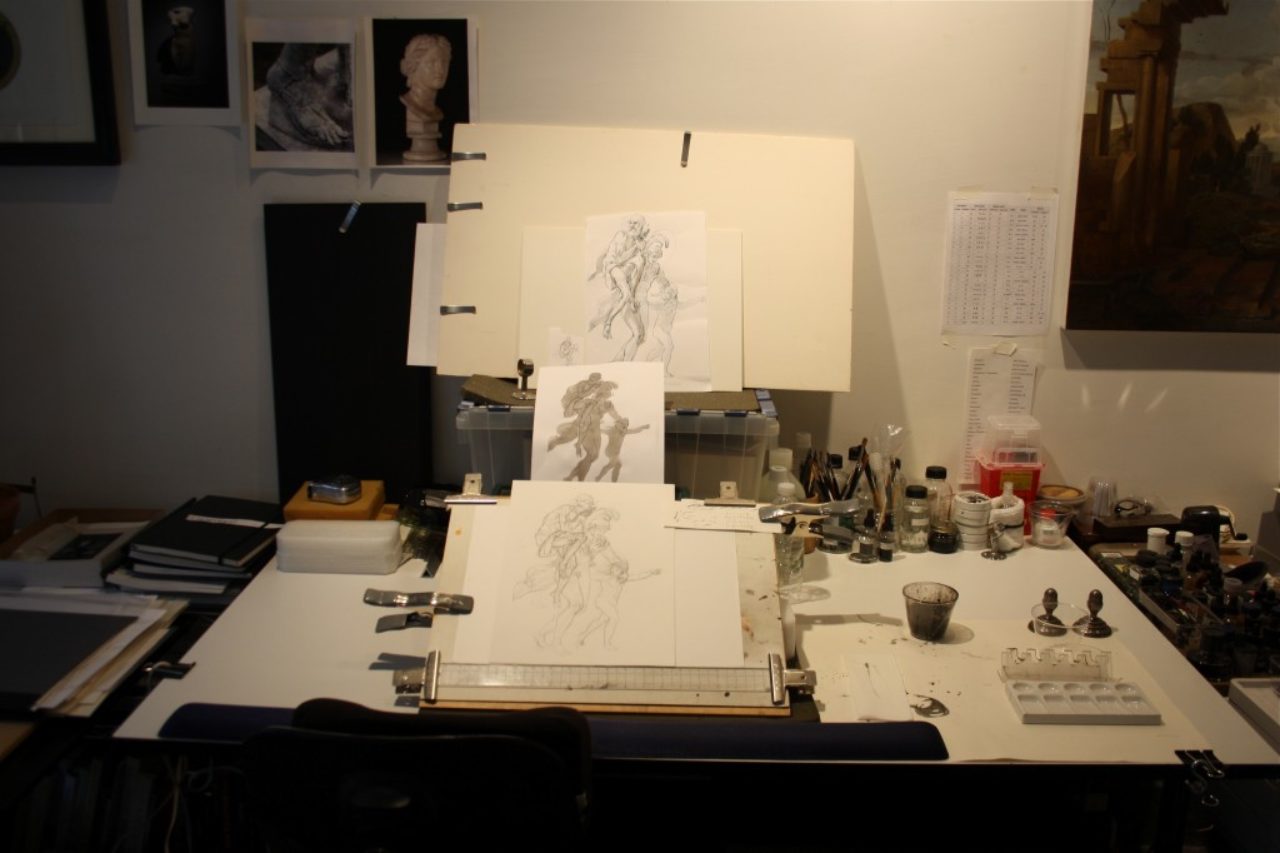 Works in progress were on display in the organized studio, where Leonard spoke about “getting in the zone” after hours of painting. It was clear to see from the workspace that Leonard has a very strict and dedicated work ethic (some larger scale works take up two years to complete). He is meticulous in his execution and integrates attention to detail on complex subject matters. 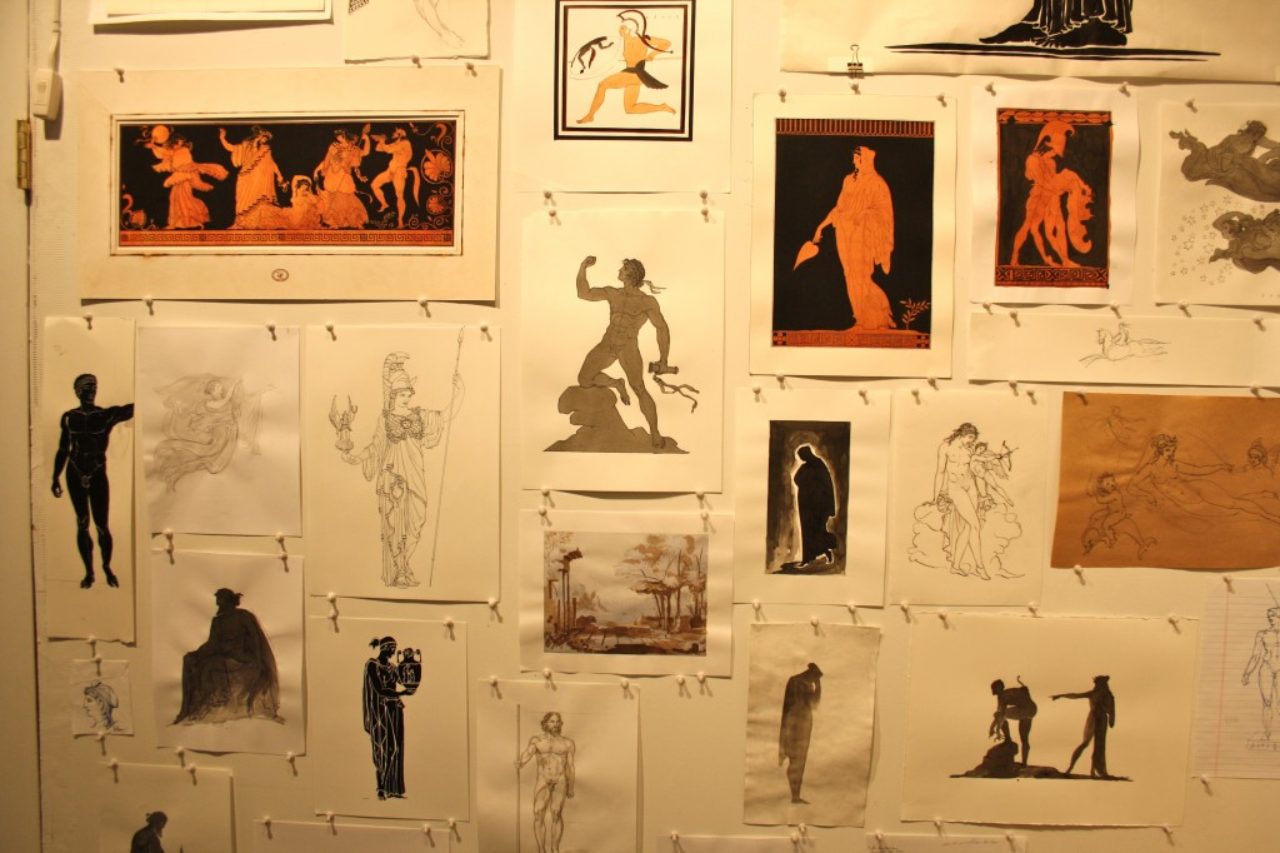 Leonard has completed large-scale murals of ecclesiastical work for churches such as Church of Christ the King in New Vernon, NJ and St. Mary Roman Catholic Church, in Norwalk, CT. 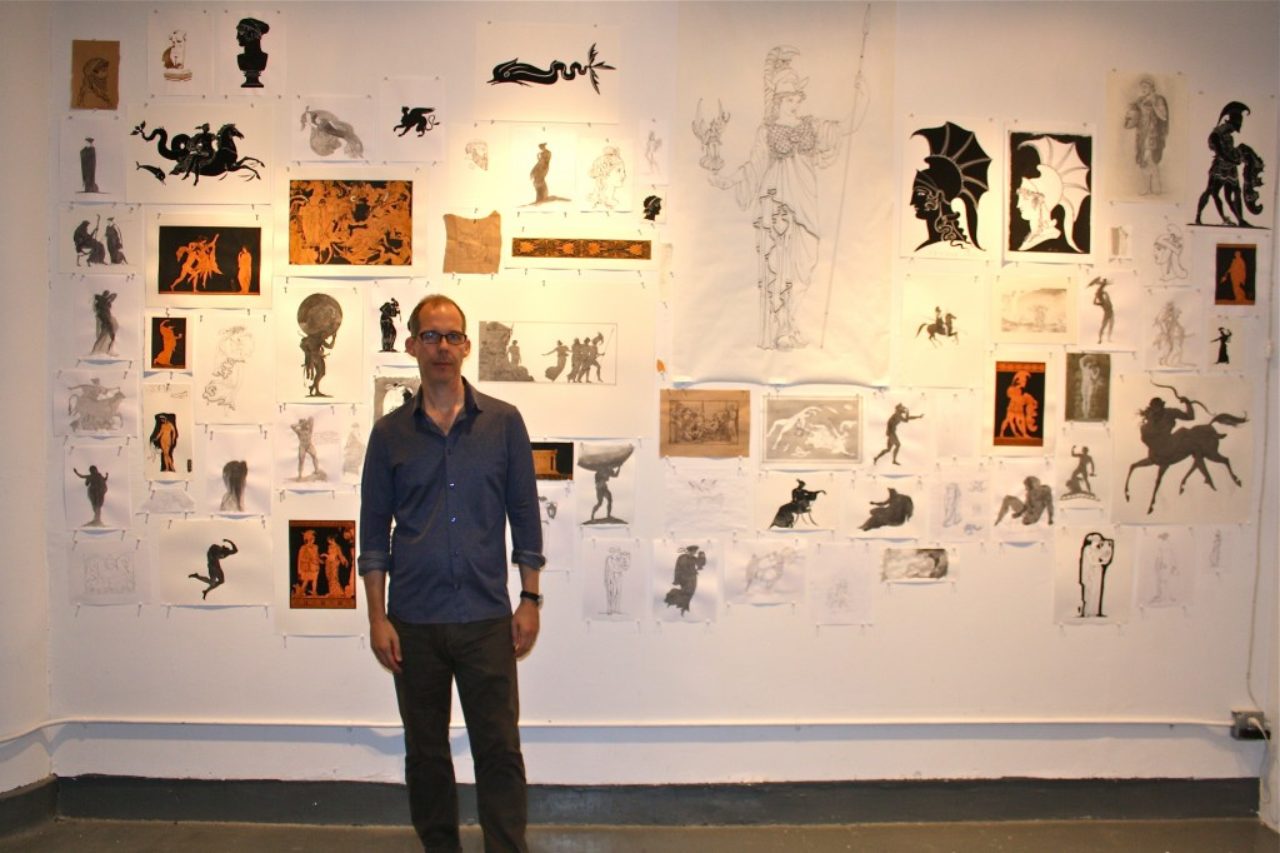