For the fourth and final week of the program, students reflect on what they have taken away from the experience, and how the Summer Studio will impact their studies and careers going forward. In addition, you can explore the students' final project, a design for an entry pavilion to Prospect Park.

You can also read updates from week one, two, and three.

Looking back, one thing I greatly appreciate about the past month is the amount of enthusiasm and genuine love for classical architecture shown by all of our teachers and mentors, and how they all wanted to instill the same love in us and give us as rich an education as possible in the short amount of time that we had together. In addition to being in the presence of multiple experts, the library in the classroom was an absolute treasure trove of resources; at any given moment during our final design process you could look around and see students finding inspiration and precedents from books full of sketches by famous architects and artists. We also took trips every week to different parts of the city to study buildings and pavilions designed in a similar style to our assignment, which was extremely beneficial in so many ways. I realized that classical architecture is found everywhere, from canonical to whimsical to modernized—you don't need to travel to Rome for real life examples! In the context of the urban and natural surroundings, it was very easy to imagine our program actually becoming a reality. Another amazing thing I noticed at the end of the course was that although we all went through the same lectures and exercises, the lessons were interpreted and manifested in different ways according to the creativity of each individual, resulting in every project being completely unique, despite all being a resolution to the same program. I do not doubt that in the same way, I will be able to use various elements of what I have learned so far throughout the rest of my career, as well as take this opportunity as a jumping off point into the deep and beautiful practice of classical architecture. 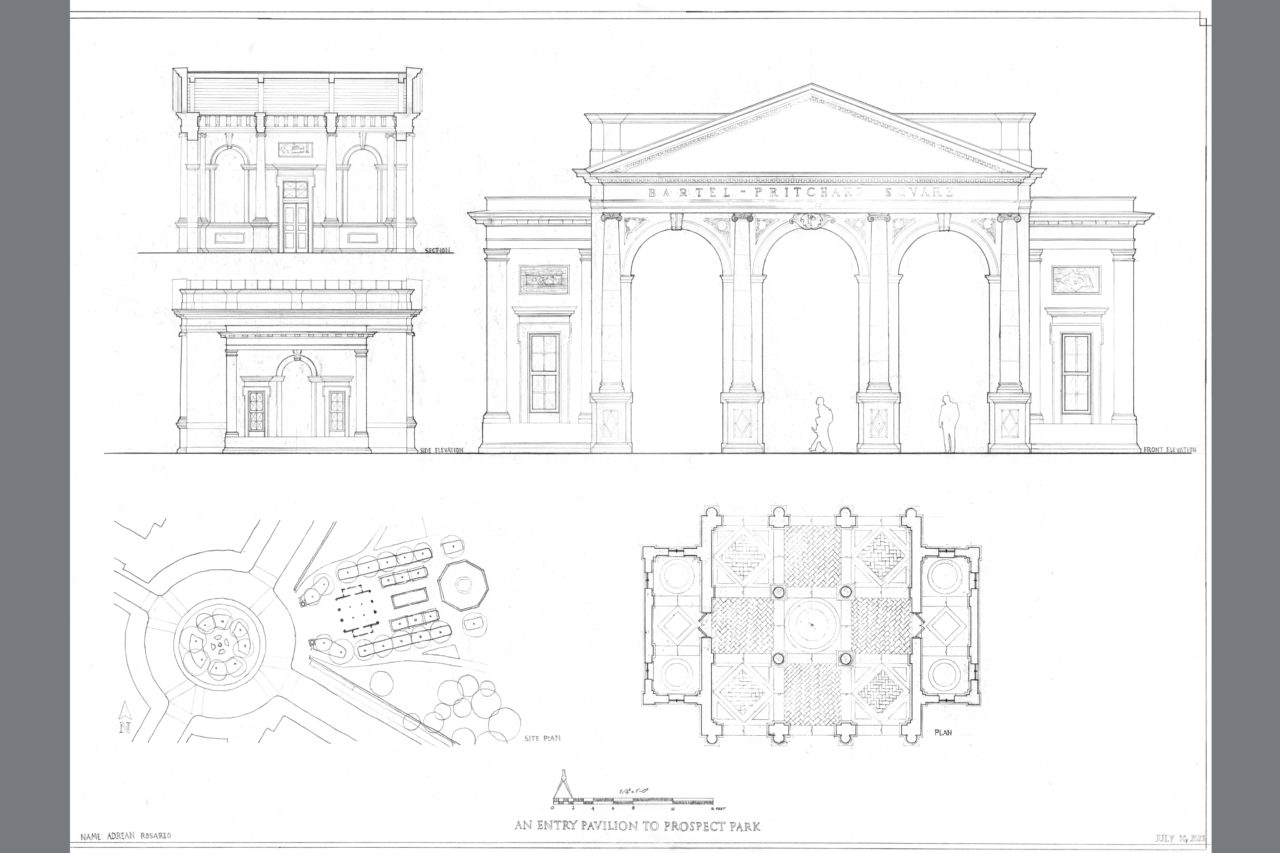 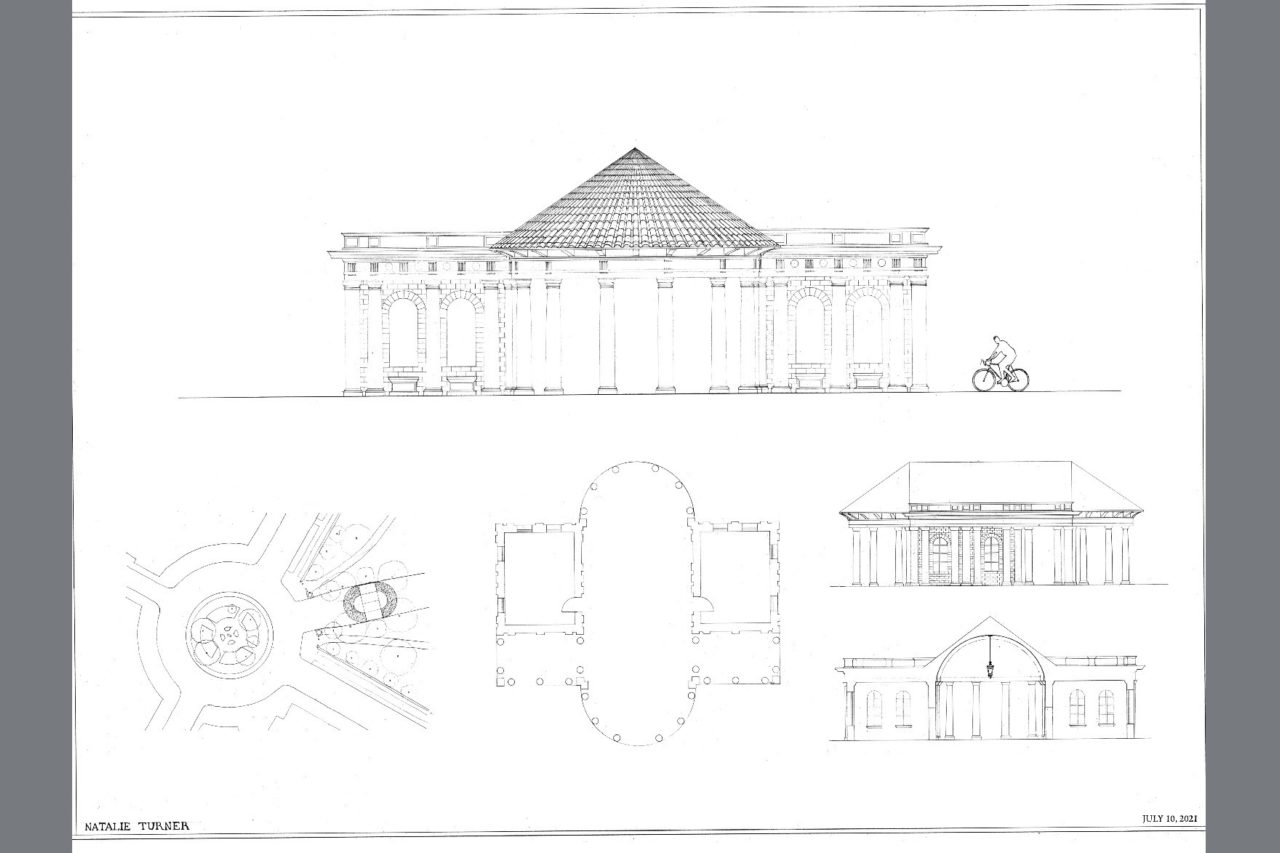 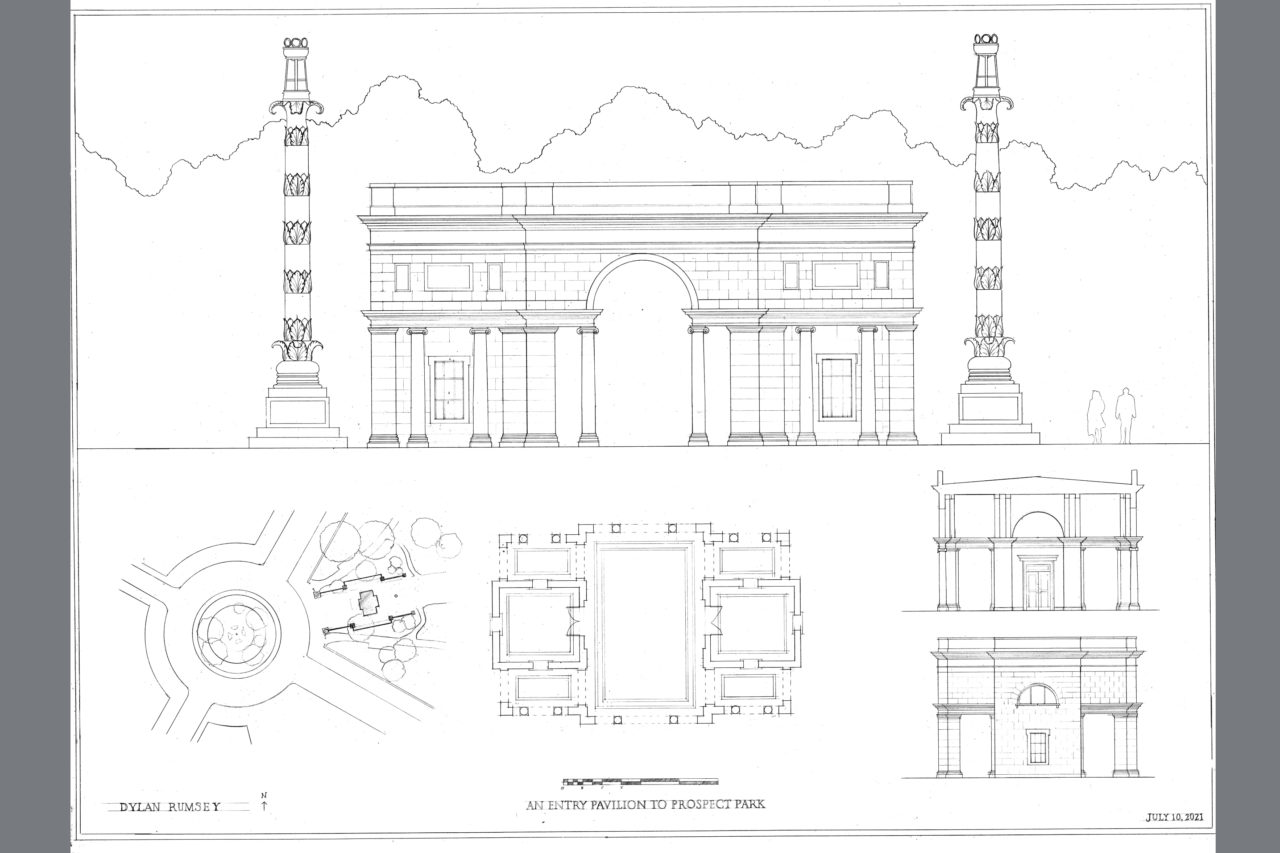 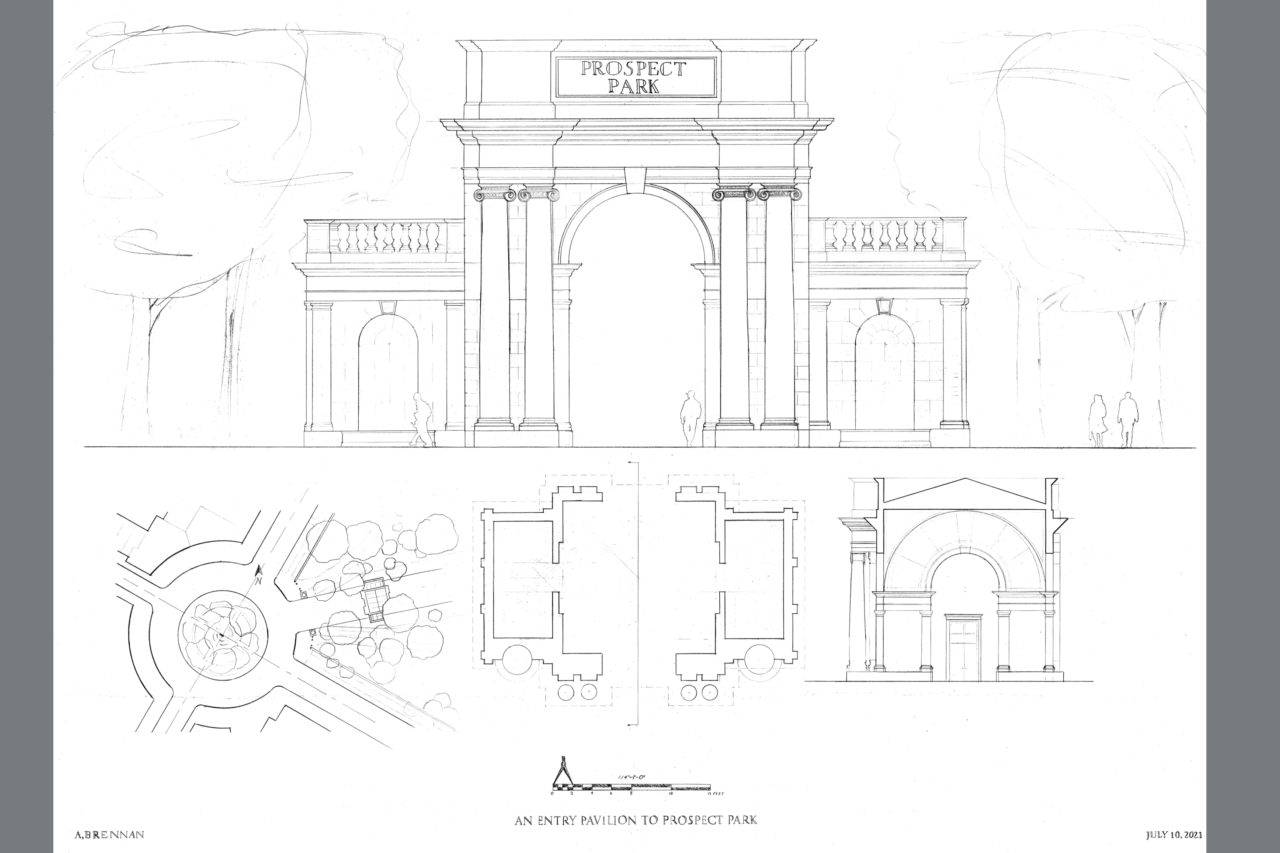 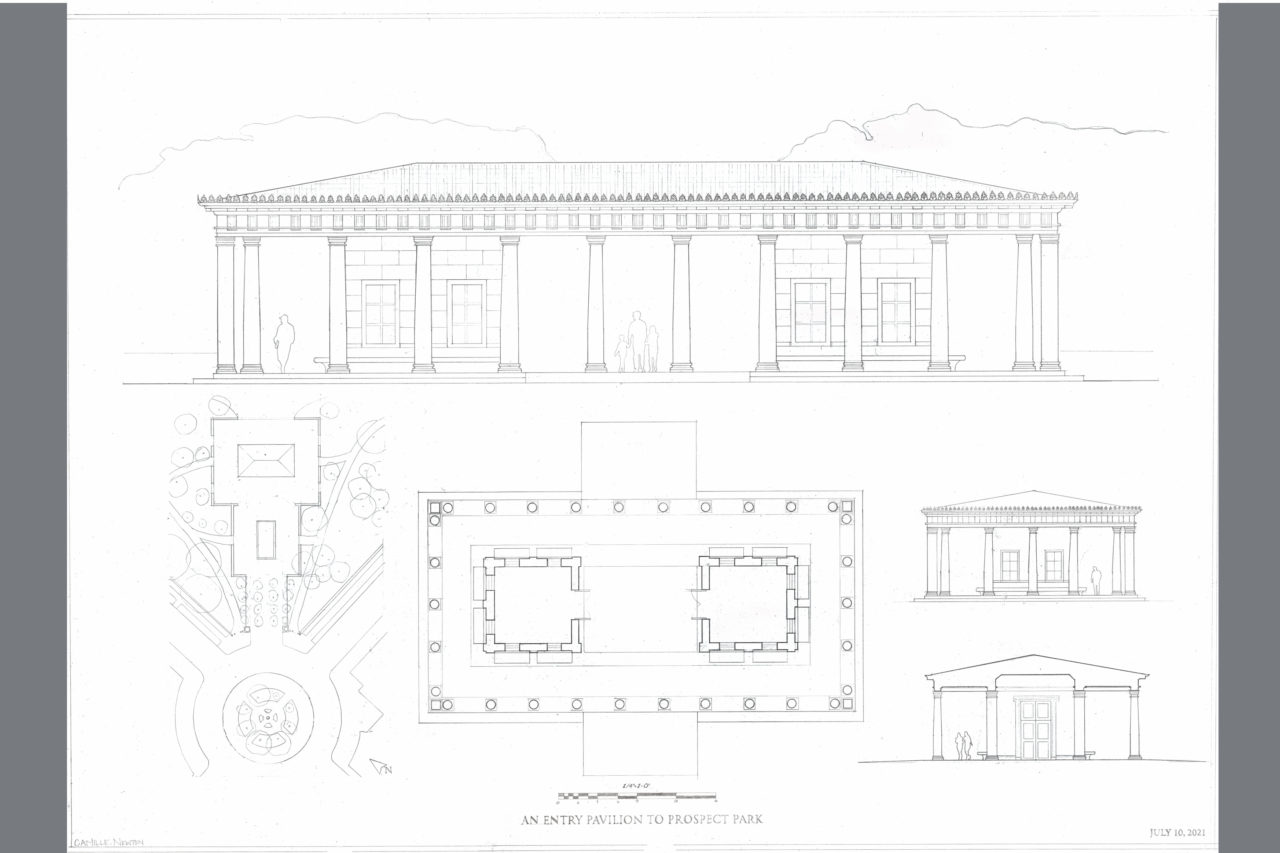 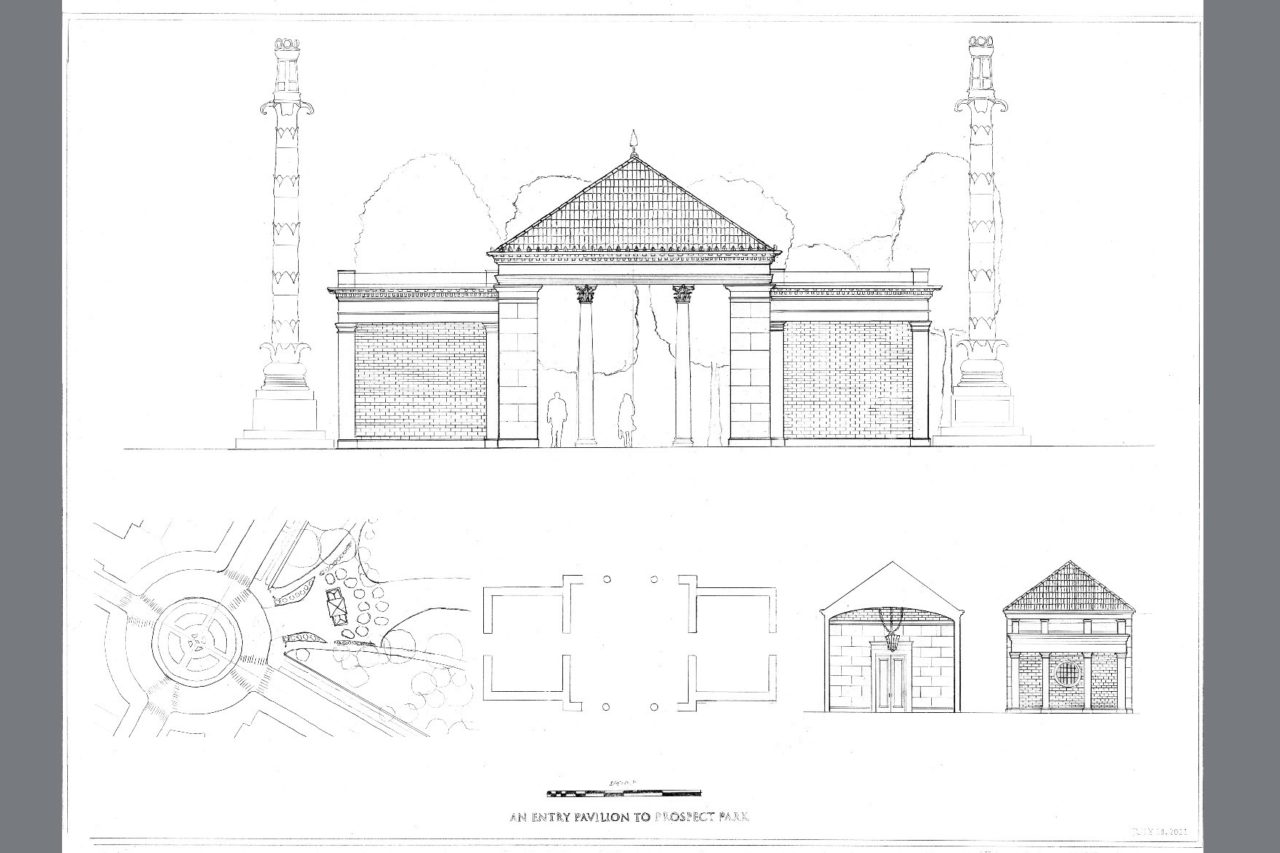 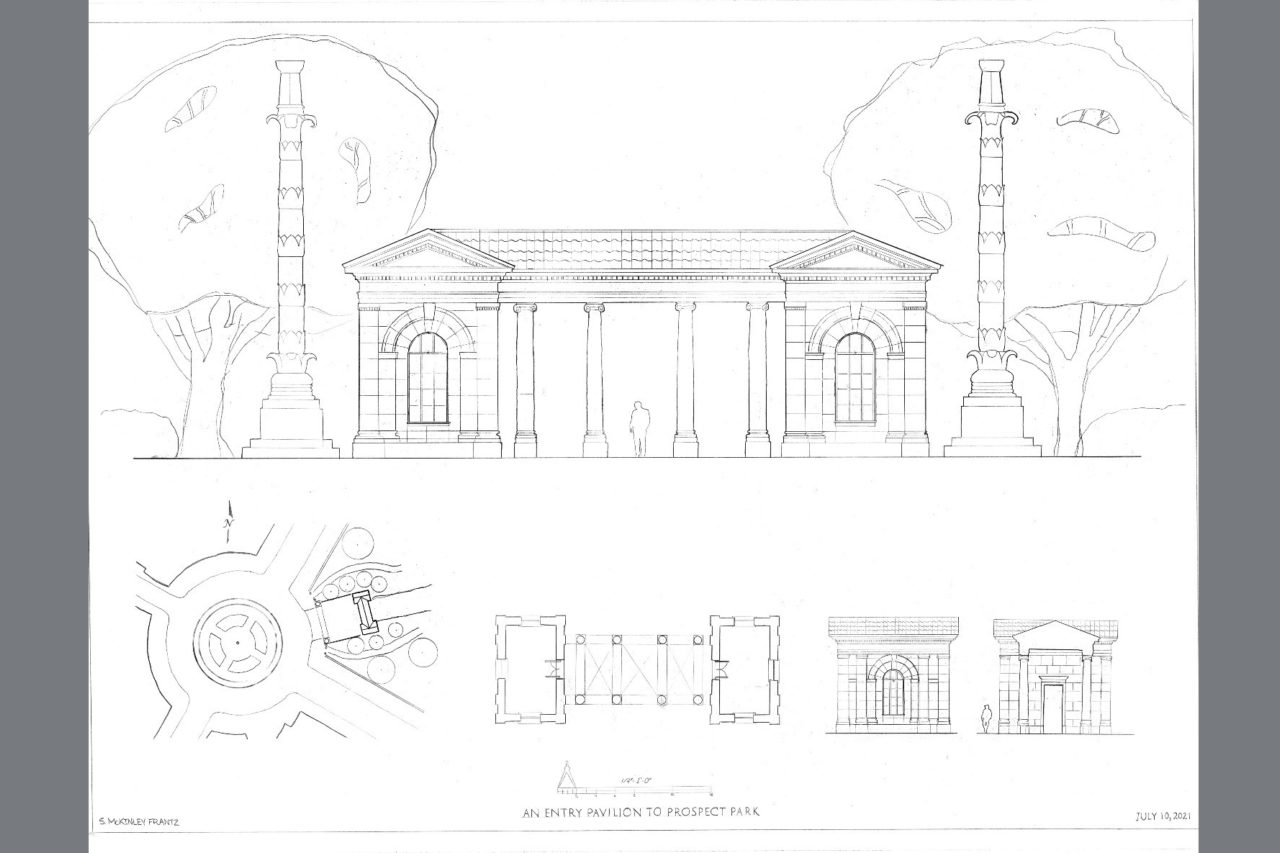 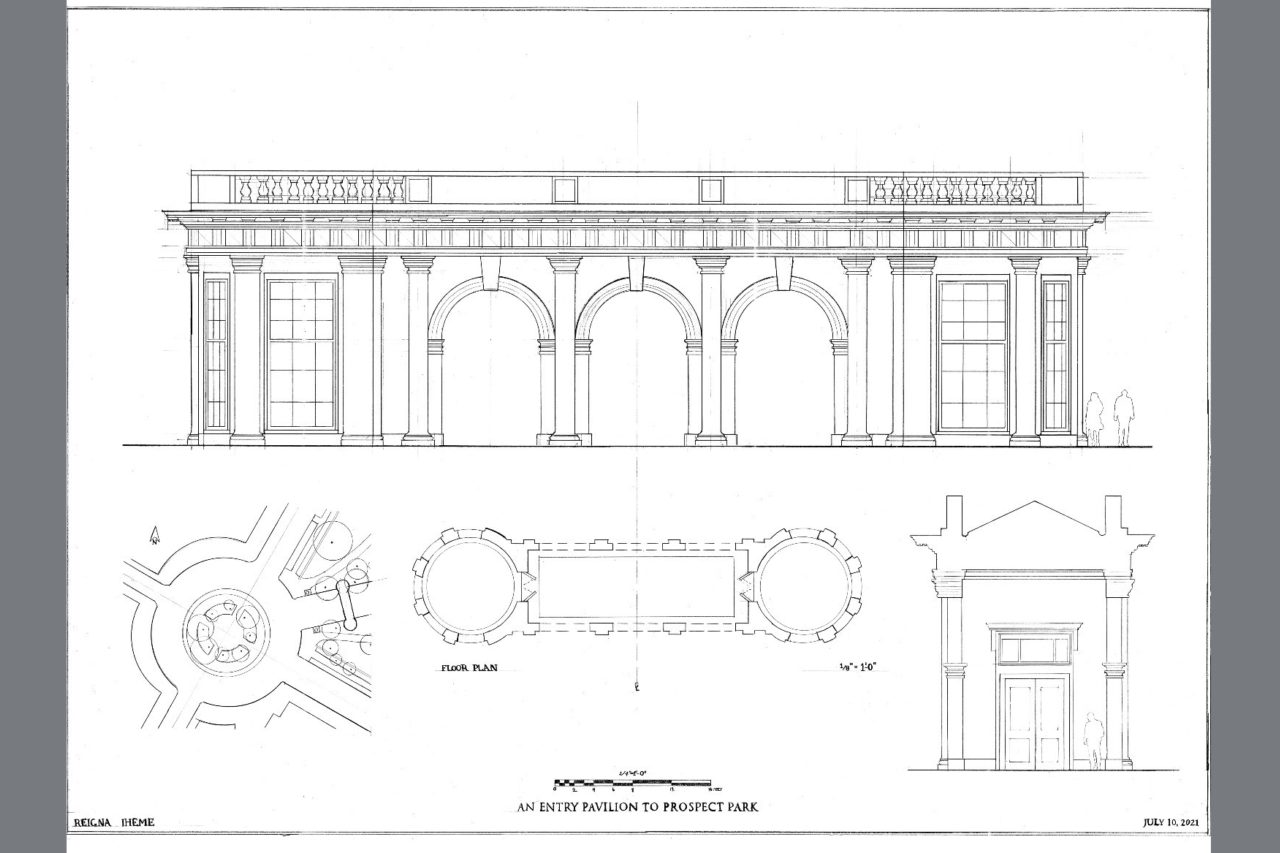 My overall experience with the ICAA Summer Studio has been amazing. About a year ago, I decided to study architecture in college because I was entranced by the beauty of Neoclassicism that I learned about in an architectural history class. Currently in my studies as an undergraduate architecture major, I have only been educated on modern architecture. Coming to this program has truly opened my eyes to what my career as an architect could look like--designing structures inspired by classical precedents. Now I know the direction that I want to go in as an aspiring architect. Because of this program, I have fallen in love with the careful and precise hand drawing techniques that lead to beautiful drawings of classical architecture. Prior to this program, hand drawings always intimated me and I would always choose digital over hand drawings. Now, I am no longer intimidated by hand drawing architecture and will begin field sketching and hand drawing classical architecture in my free time. Because of the ICAA Summer Studio, I have learned a vast amount of knowledge on the classical order, gotten over my avoidance of hand drawing, and know that I want to pursue a career in designing classical inspired architecture. I plan on continuing to be involved with the ICAA and look forward to my future with classicism. 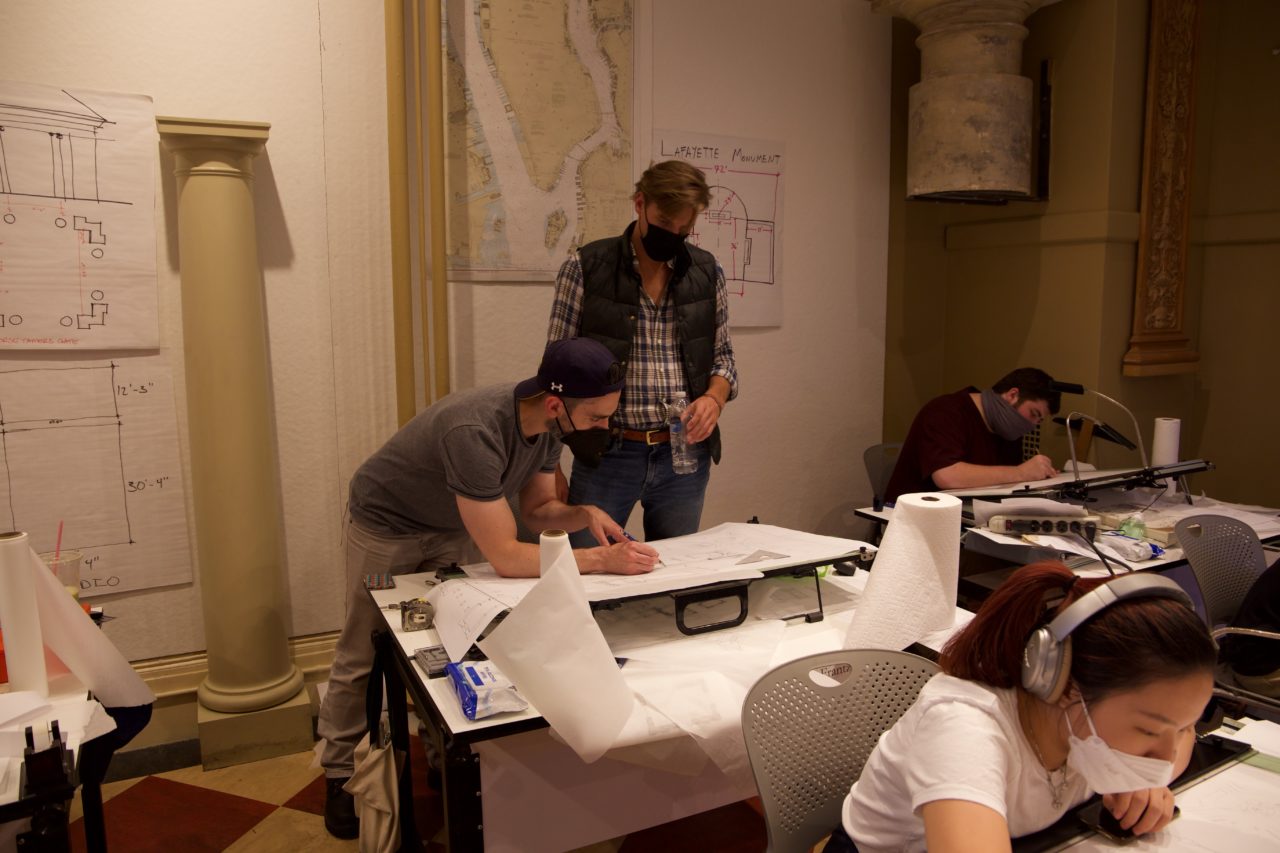 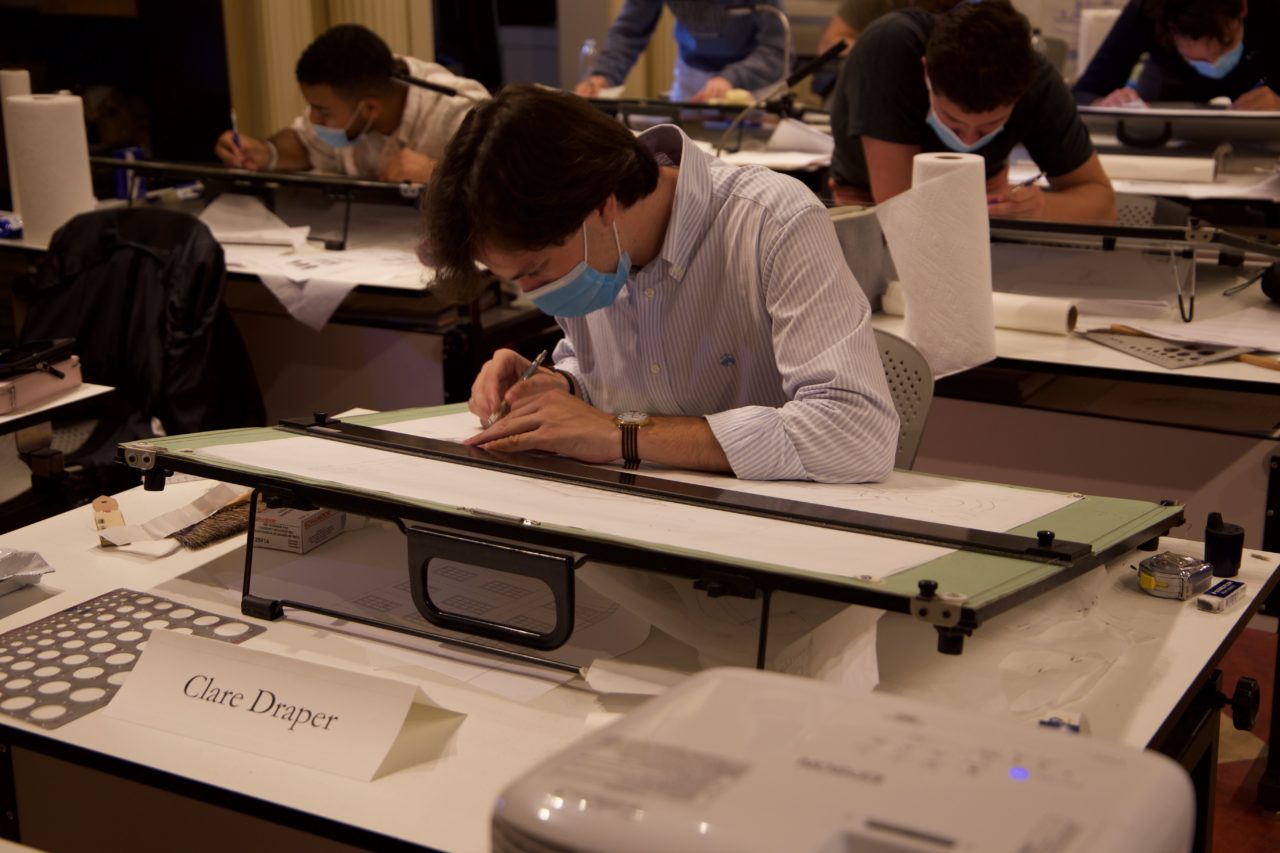 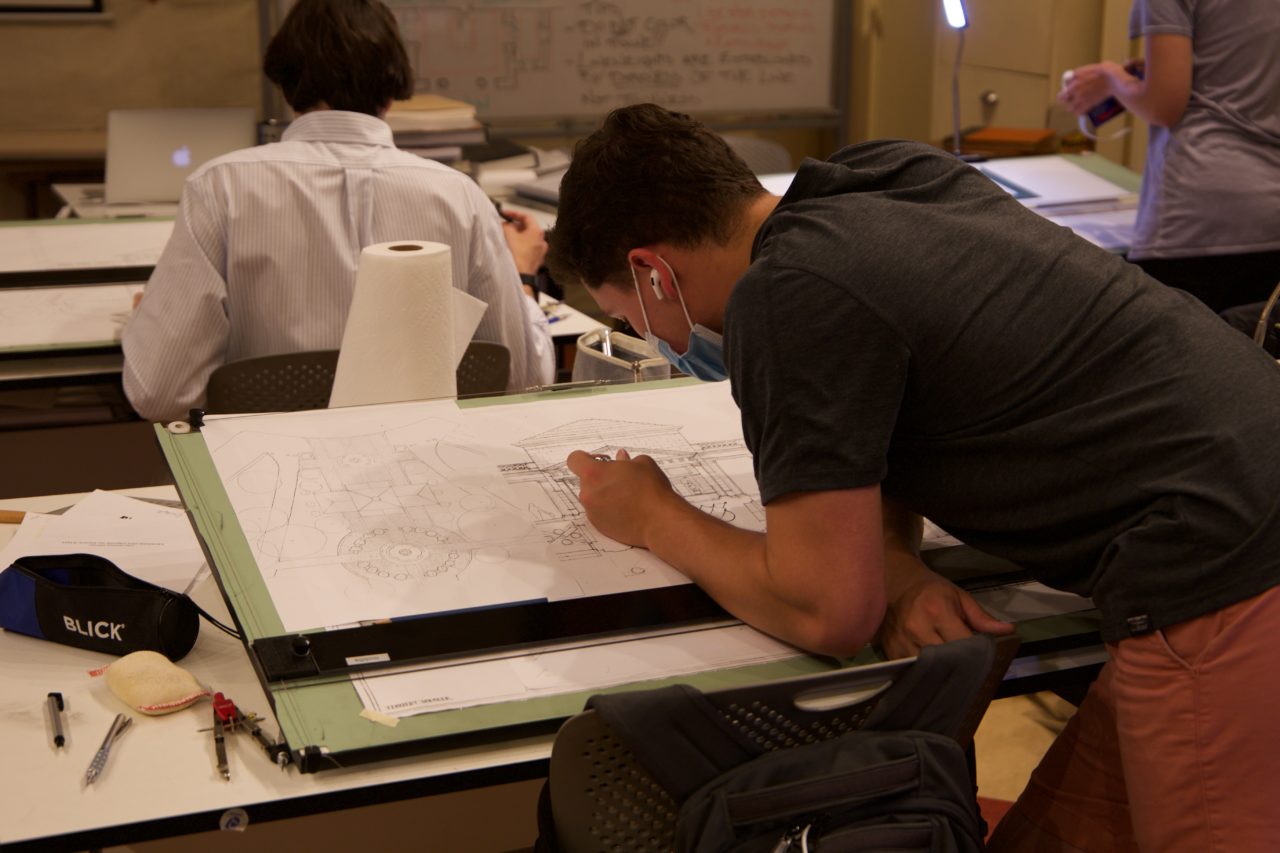 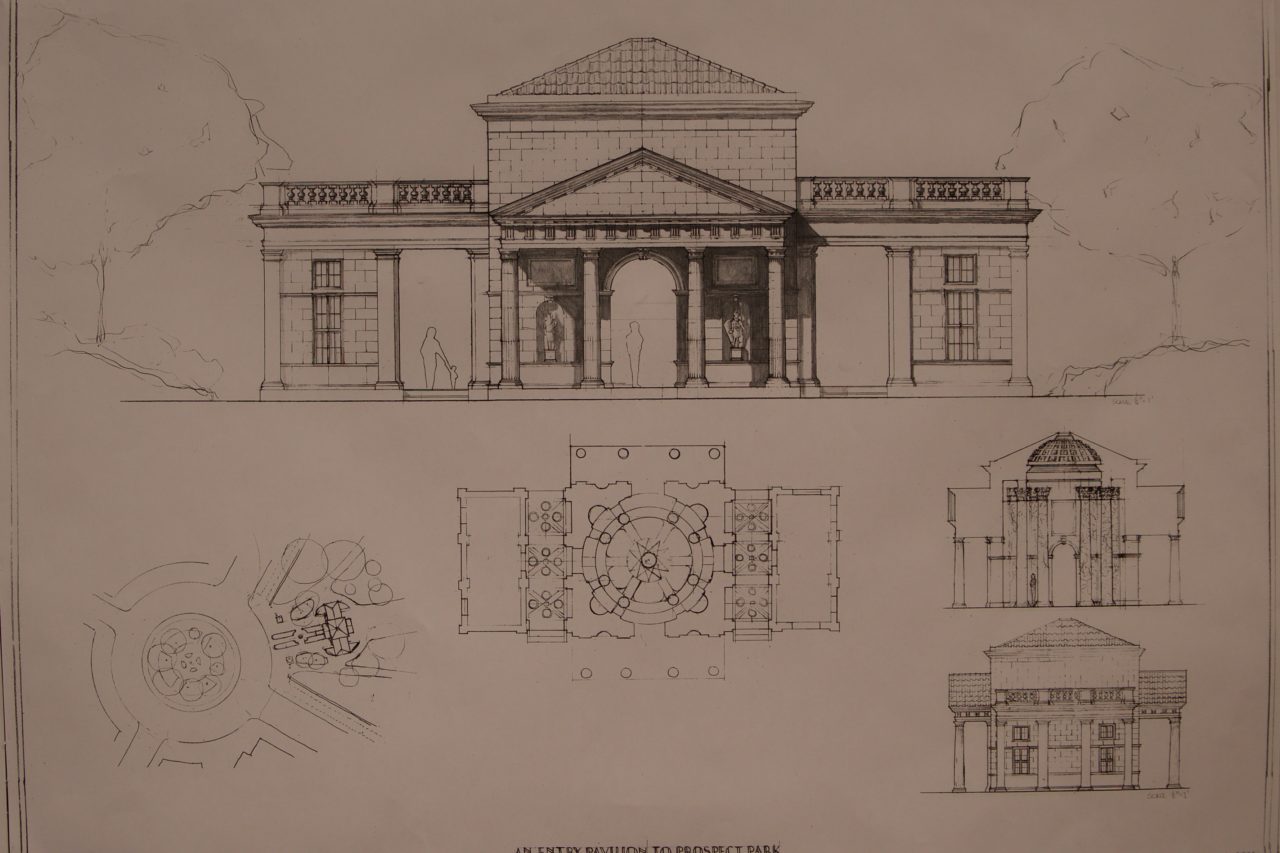 The Summer Studio is an intense but rewarding experience. The Summer Studio provided exceptional instruction on the classical language and drawing techniques. Looking back, it’s incredible to see how much I have learned in such a short amount of time. Everyone a part of the Summer Studio was helpful and informative. The instructors were very knowledgeable and made the material of the course easy to understand without losing any nuances or complexities. The time spent in the classroom was equally as rewarding as our time outside the classroom. With multiple field trips (often more than one per week), we were able to study many precedents in a variety of locations throughout the city. These field trips were a great way to see how the classical language adapts for both practical and expressive reasons and provided many great precedents for the final project and future projects. 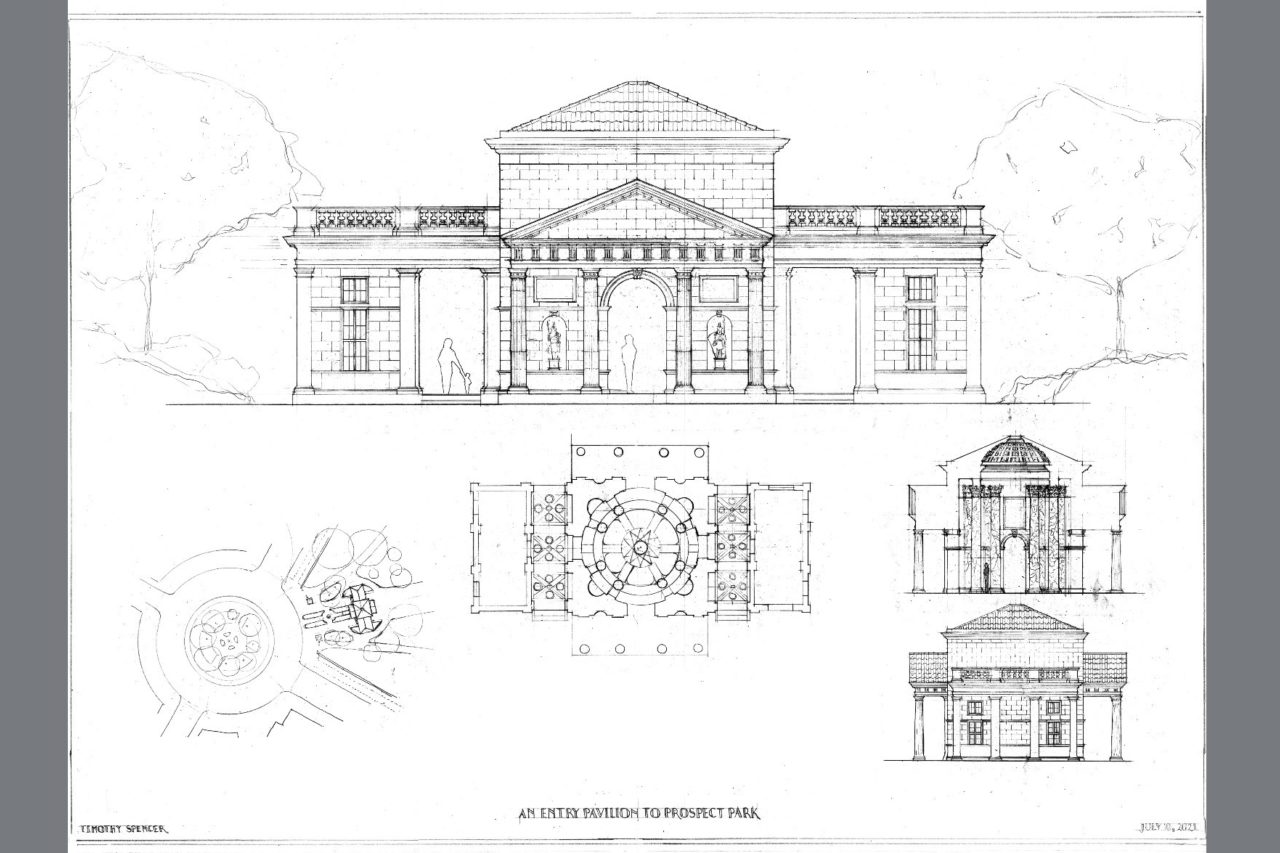 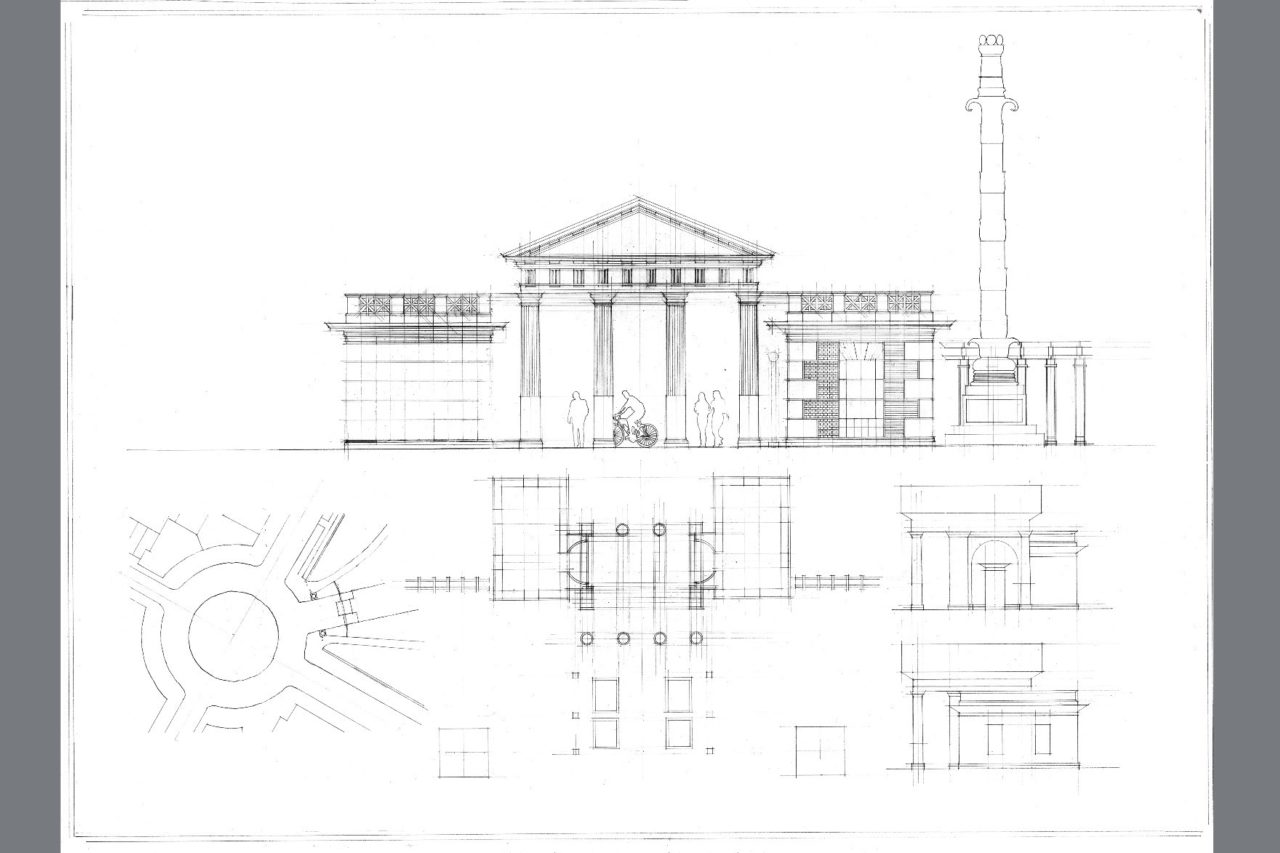 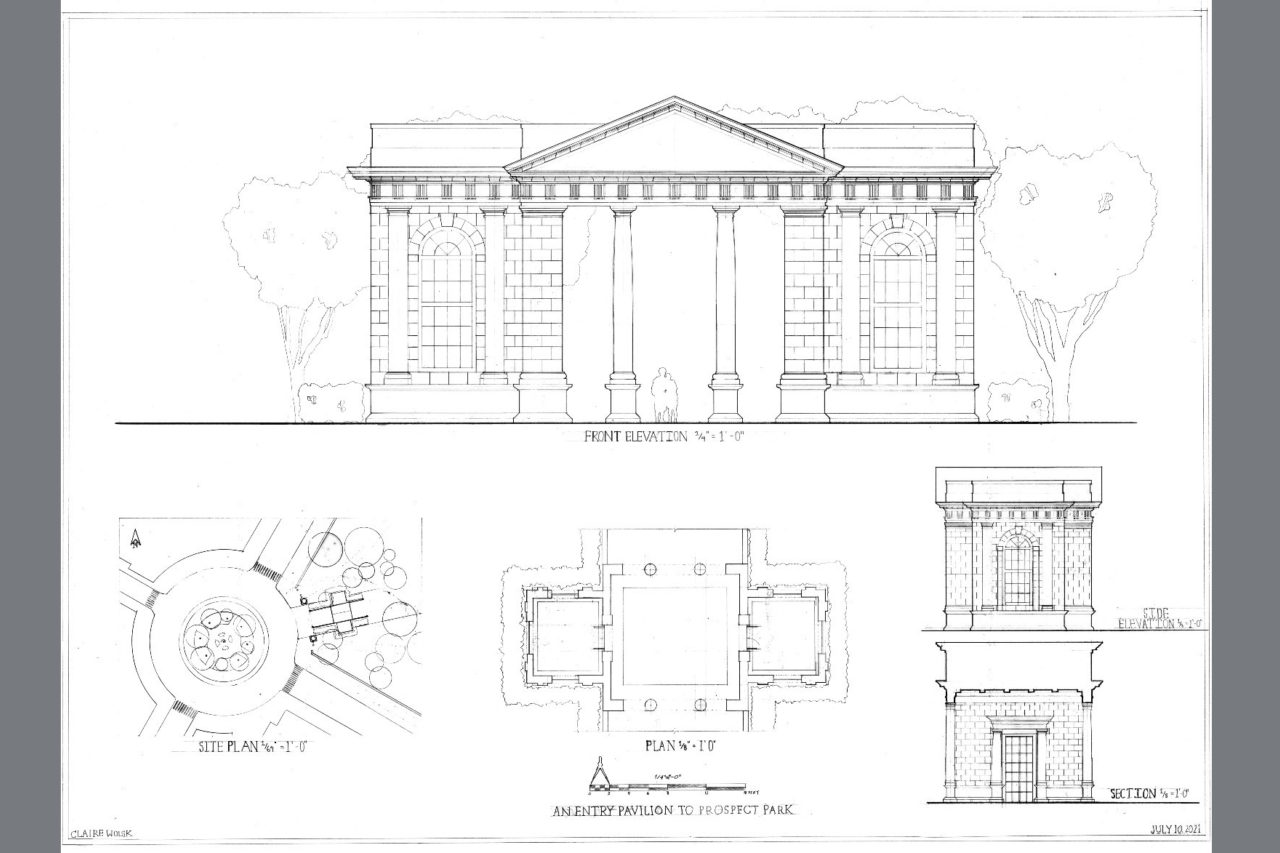 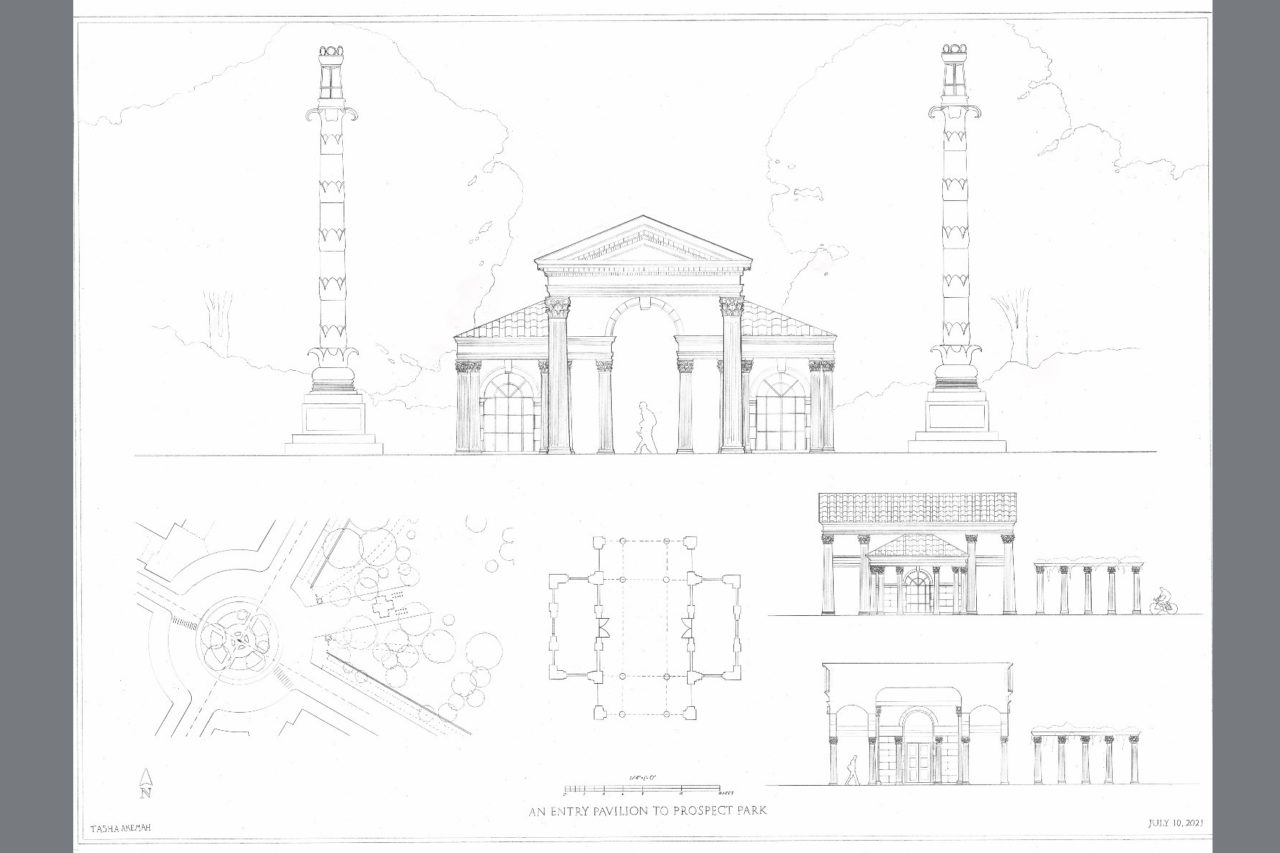 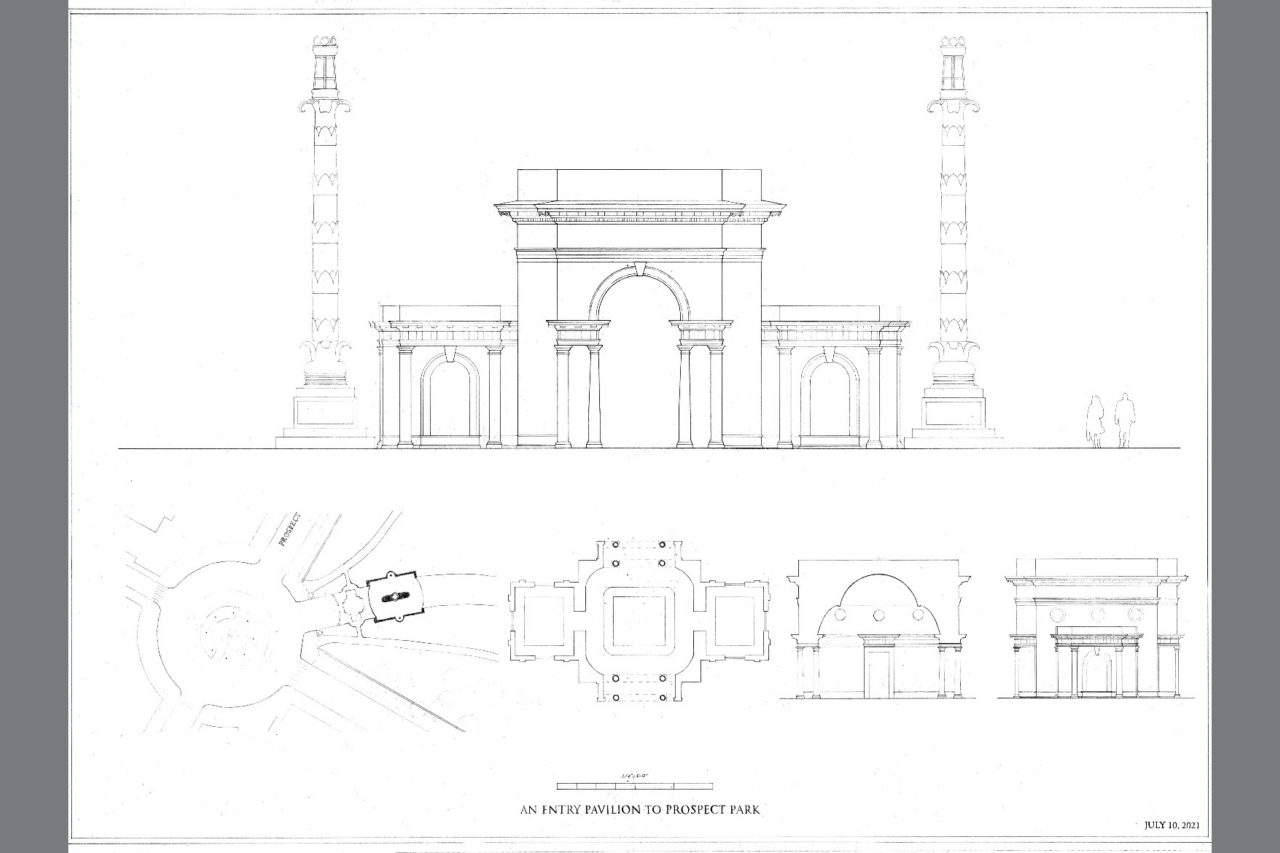 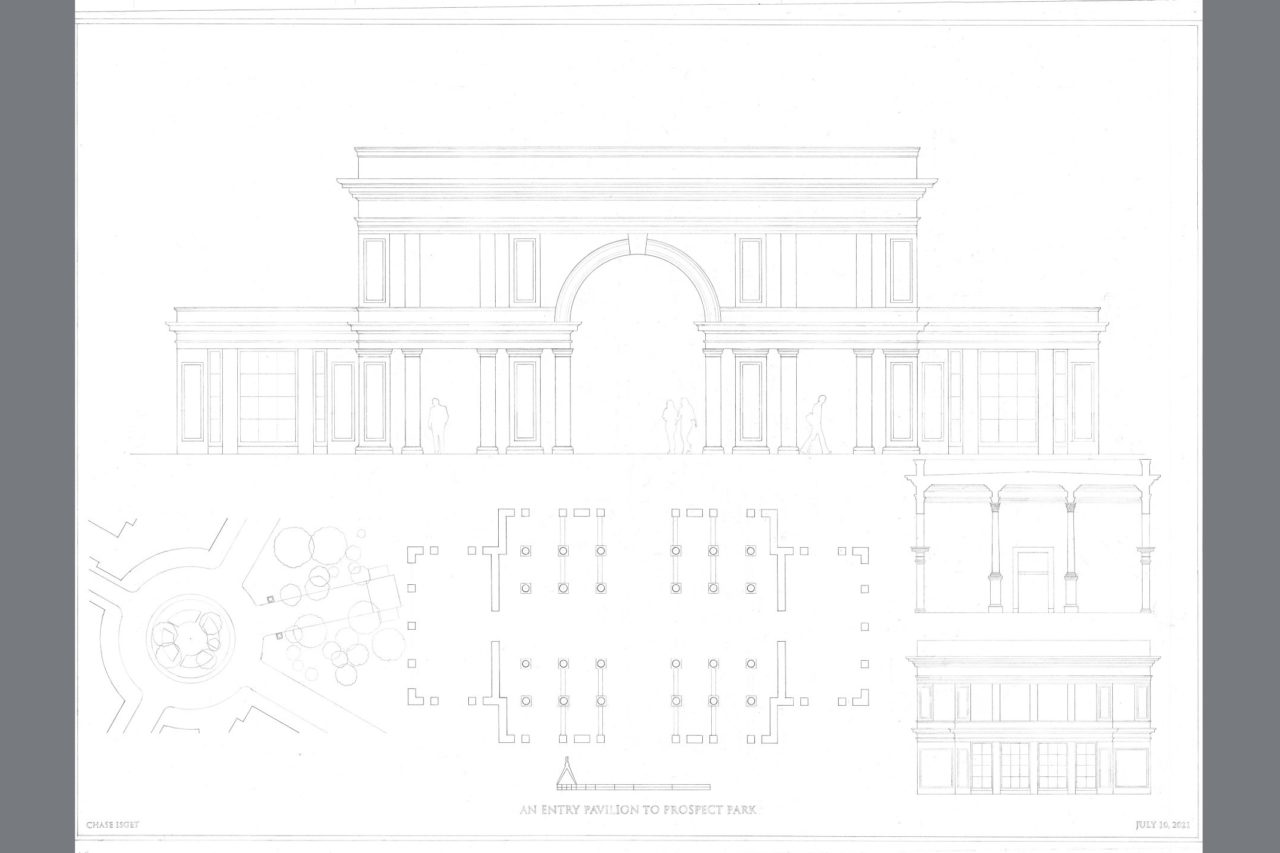 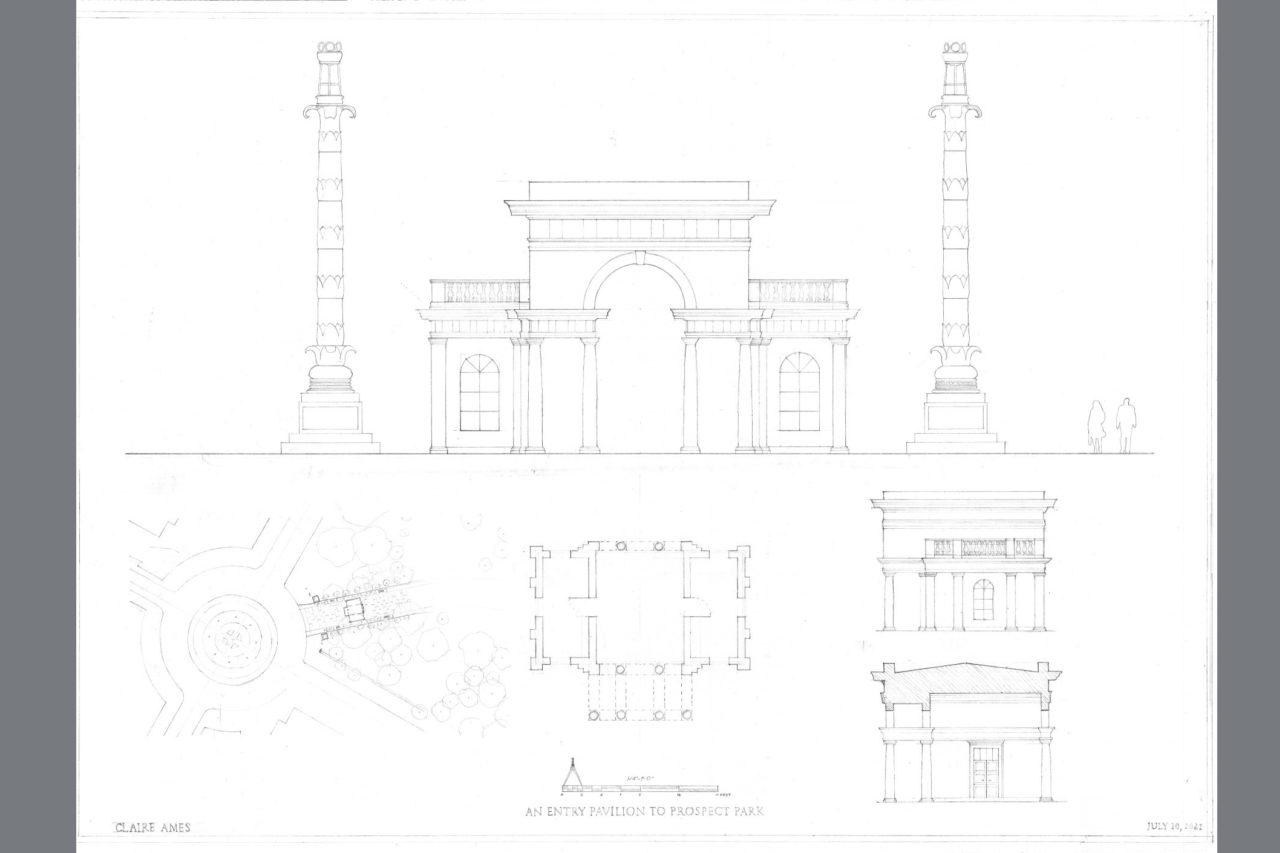 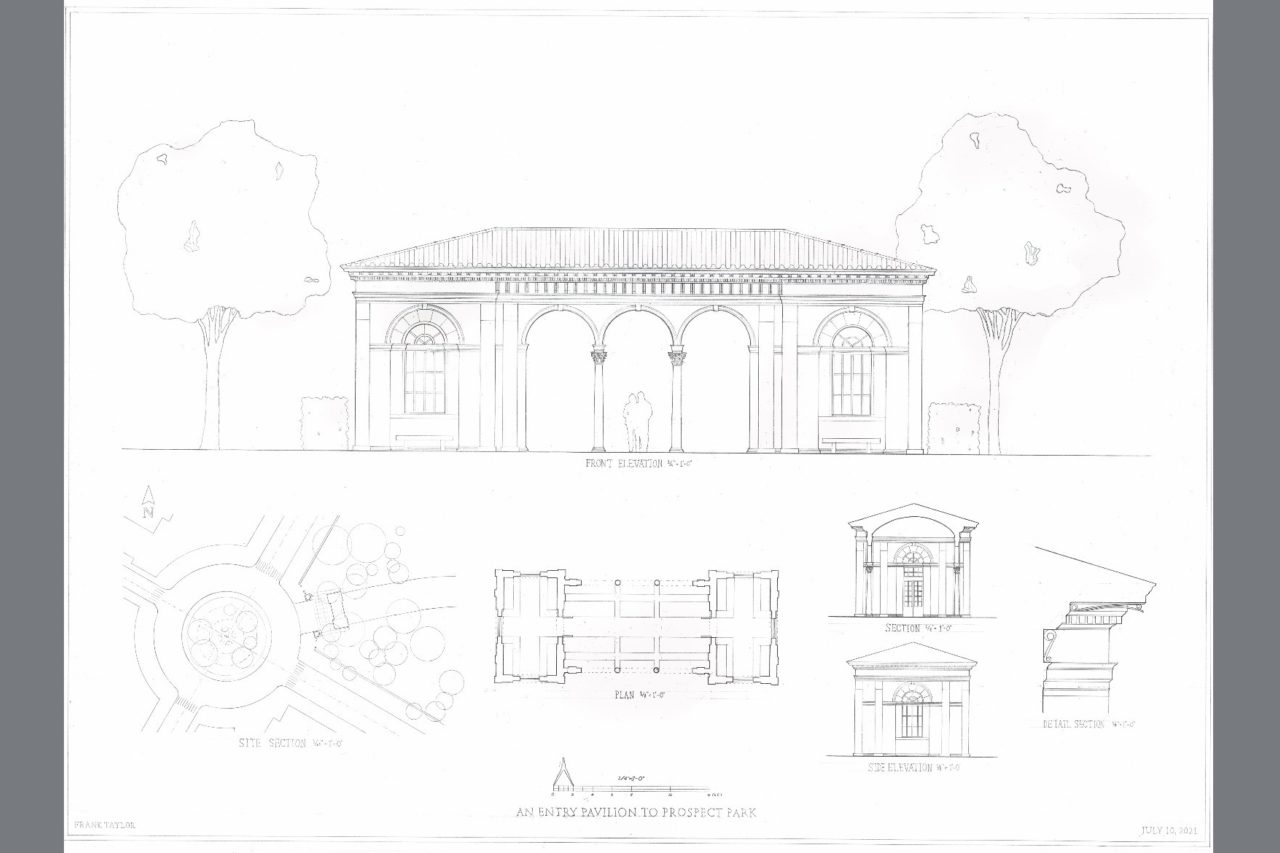 In the final week of the Summer Studio, we started to synthesize fully what we had learned in the first three weeks. There were a host of elements to pull together: literally, the classical elements needed to work together in a final pavilion design, and we also had to engage with (1) the design process, (2) drawing techniques, and (3) the incorporation of “precedent,” or relevant architectural inspirations. This week was the most fun and also the most challenging. As a student without a background in architecture, I learned that classical design is not nearly as simple as it looks. In fact, simplicity itself is a difficult goal and a worthy aspiration. It turns out that if you aren’t careful, all of your divine classical elements will merge together into a colorful, cacophonous riot of corners, curves, and impossible angles. It sounds fun, but it doesn’t look good.

Luckily, we had on hand excellent (read: patient) teachers and TAs. Conversation was a critical part of the process. From the first rough sketches to the final drawing, reams of tracing paper allowed dialogue to take place through the pen as well as the spoken word—"move this column here” or “try shifting the wing like this” or “wouldn’t it be nice if the building was tall enough for humans to walk through?” Such alterations could be heartbreaking (but, yes, I concede, important).

My own maladjusted metaphor for the week is this: in an introduction to the canon of classical elements, we were each given a ship to steer. But the waters of design are surprisingly rough, and, what’s more, they’re uncharted: classicism is an ocean of possibility, far from the rigid body of its stereotypes. As captains, we had experienced navigators by our sides to get us through the storms, always assuring us of our own ability. Another lesson of architecture: self-doubt (and occasional egomania) is part and parcel. Talented peers and great teachers are a good cure.

The principles of the classical language, the technical skills we learned, and the design process will stick in my mind and my work as I depart. Friendships will, too. Overall, I think it’s amazing how much we packed into a short four weeks—but if anything, the SSCA has unlocked the door to a whole lifetime of exploring the infinitely variable world of classical architecture.