This week, students offer reflections on their learning and experiences from the third week of the program.

You can also read updates from weeks one, two, and four.

For the third week of the program, David Genther came to the studio to lead a three-day lesson in shade, shadows, and wash rendering. We were given a drawing of a Tuscan column and entablature and tasked with casting shadows and rendering it on watercolor paper. The three days were full of demonstrations on flat and graded washes and how they can be used to bring a 2D drawing to life. Collectively, the class produced some really remarkable renderings that everyone was super proud of.

Being presented the opportunity to learn such an old tradition by someone so well-versed in it was truly a great experience. David is very knowledgeable, charismatic, and a great instructor. A major part of keeping the classical tradition alive is the passing down of information and skills, such as wash rendering. We are lucky to have access to this kind of education thanks to the ICAA. 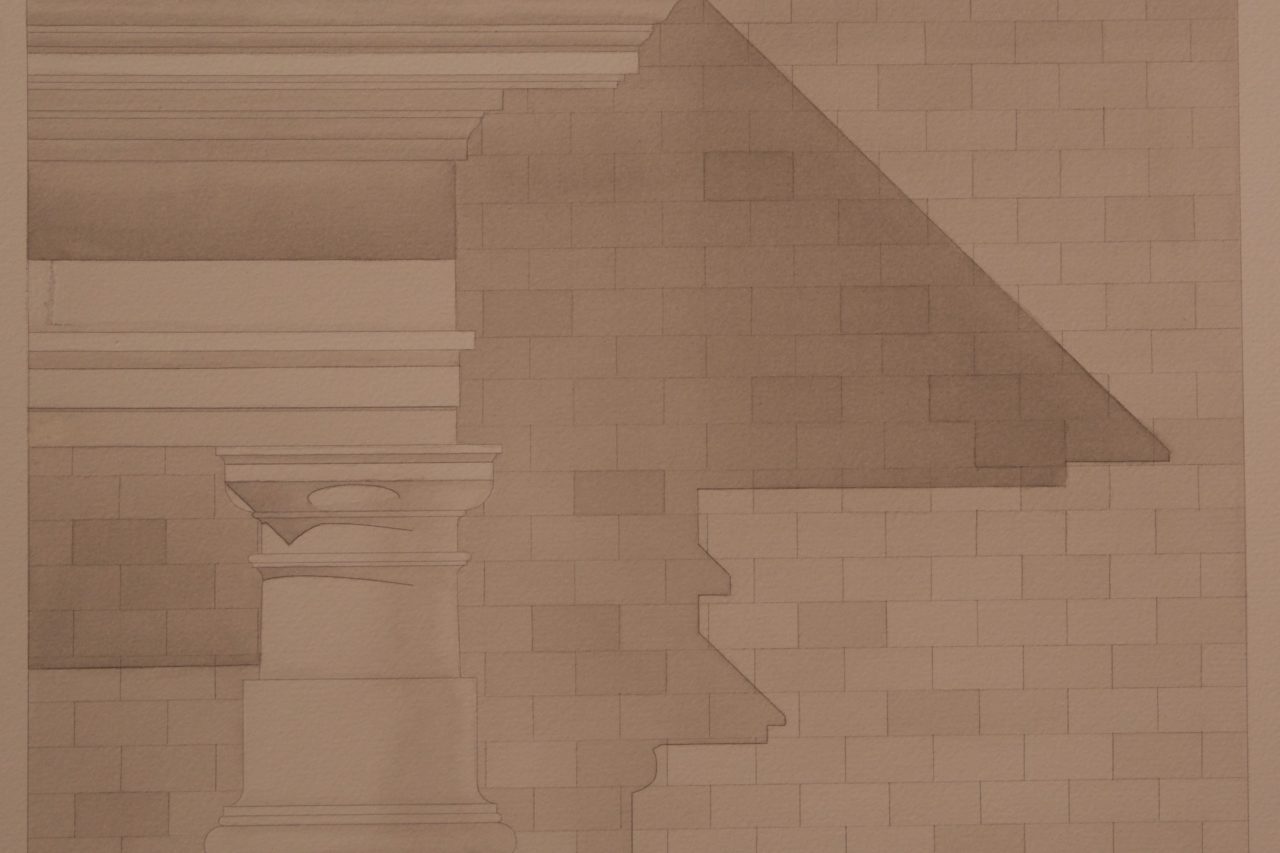 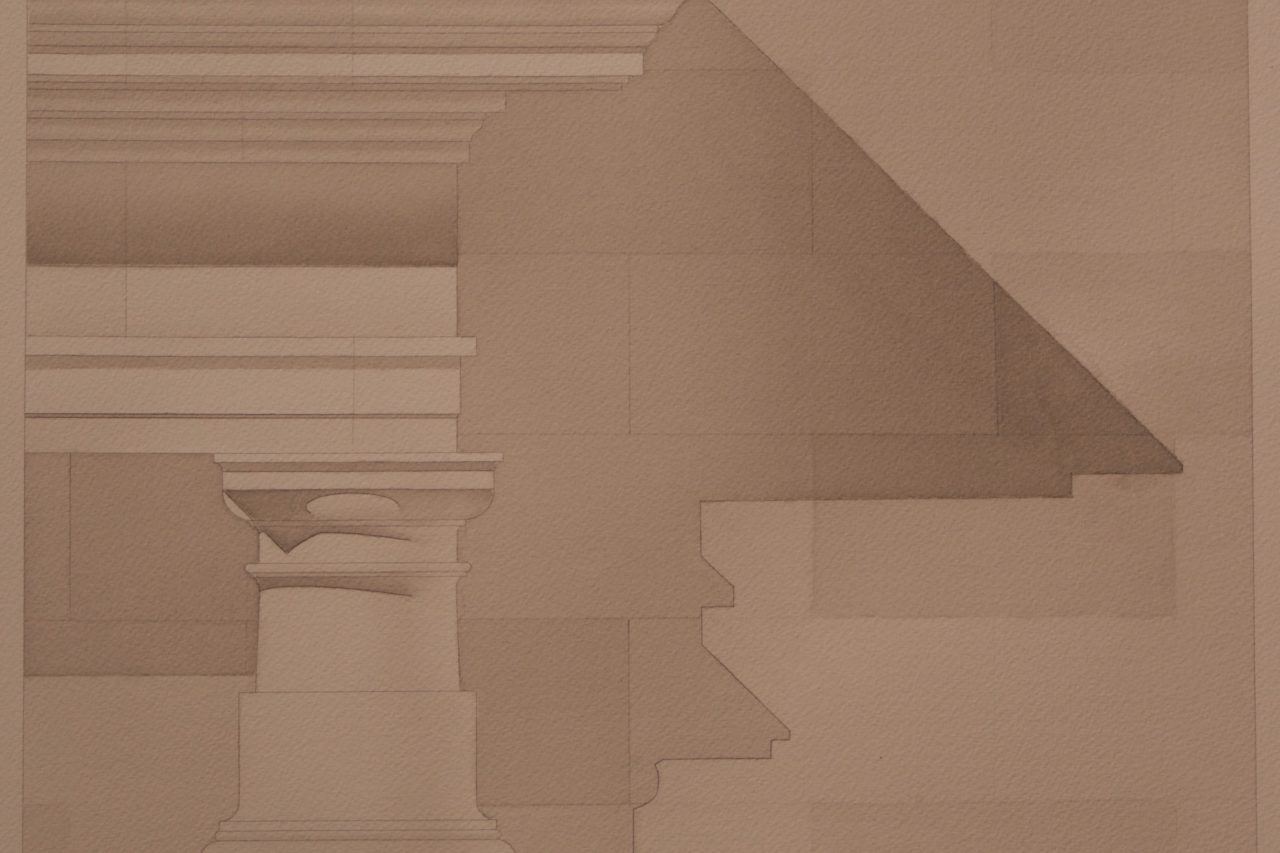 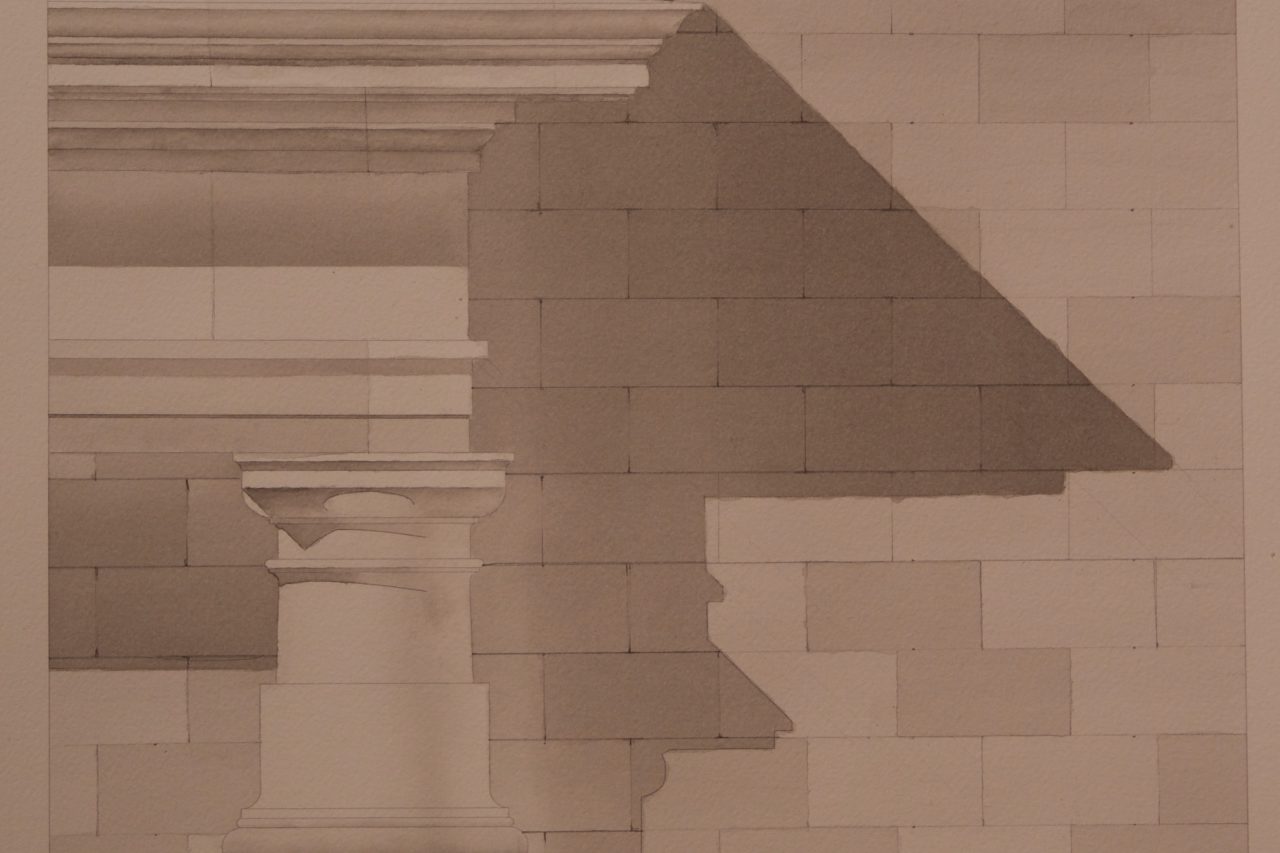 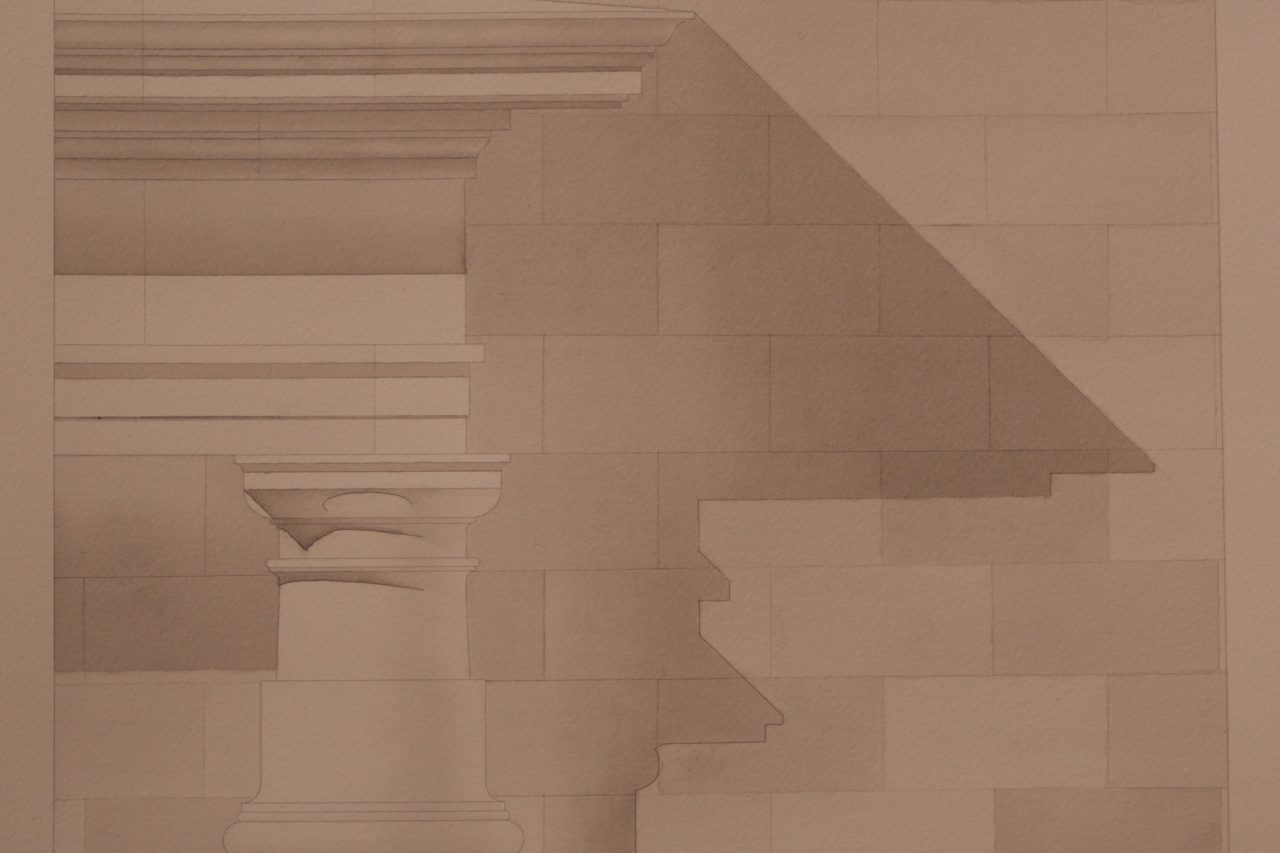 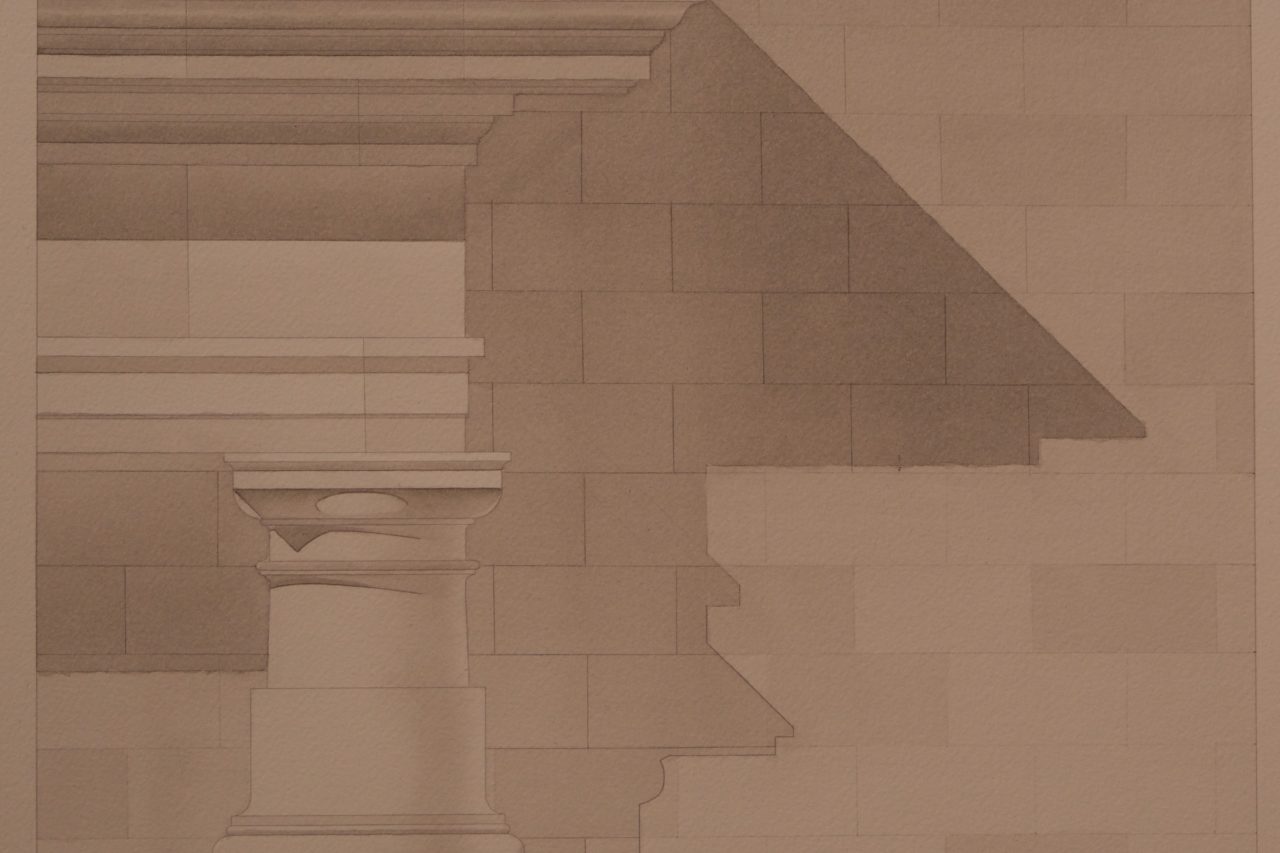 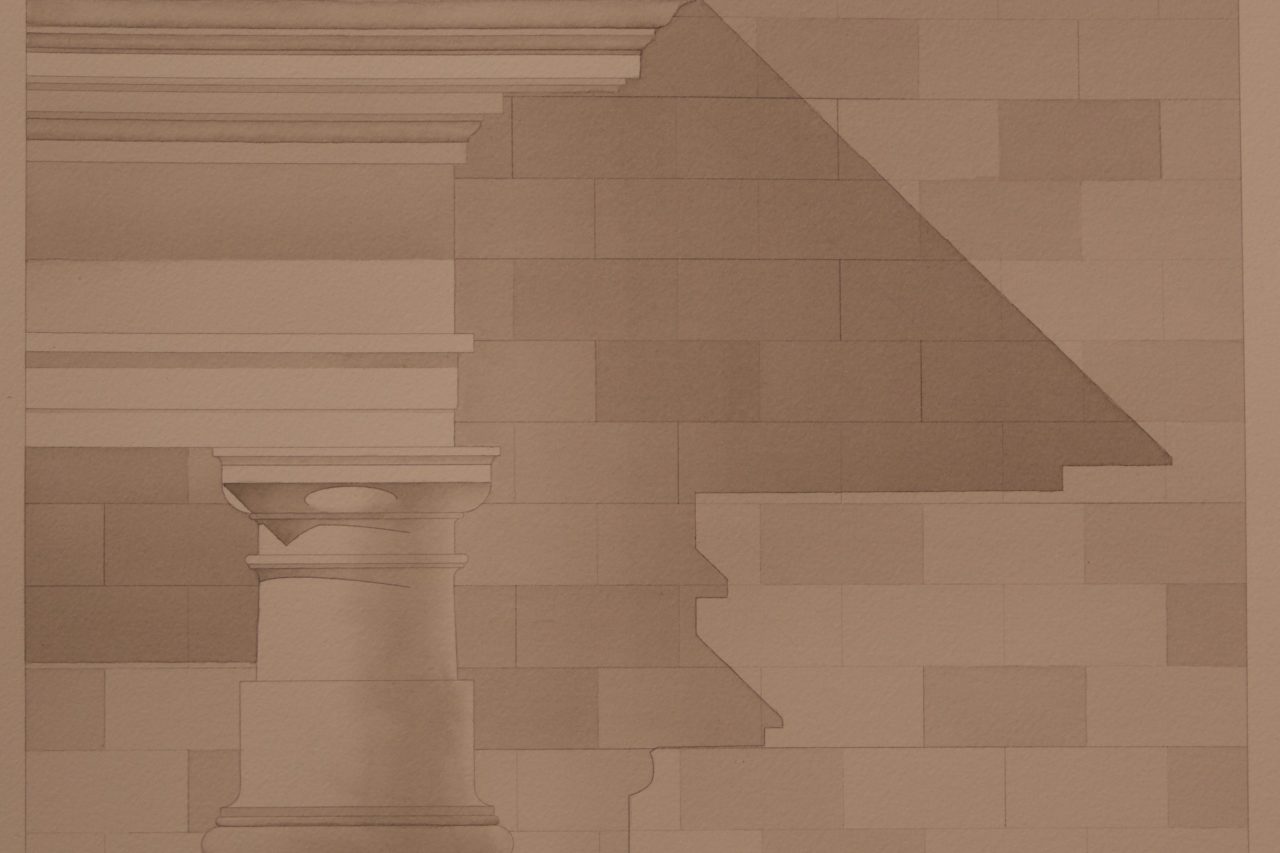 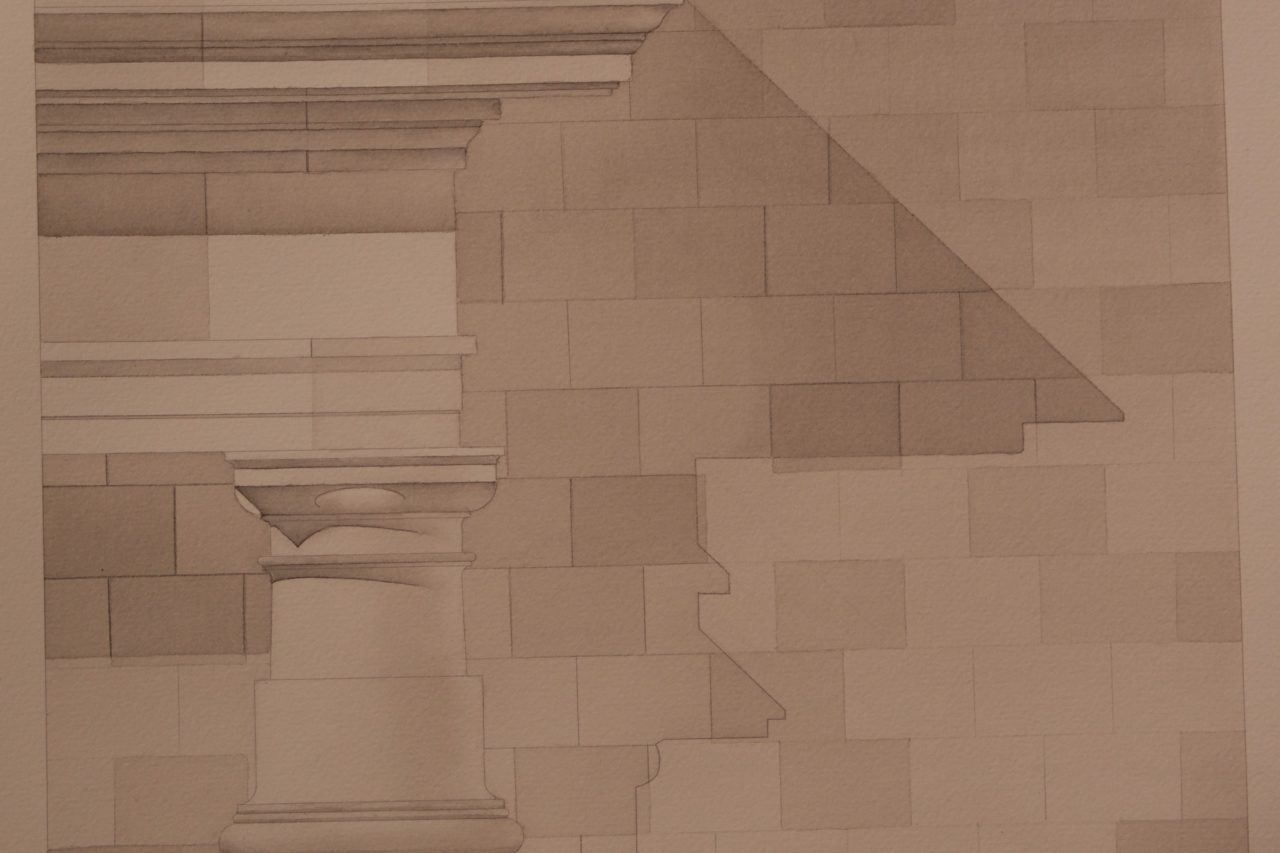 While we have been learning the language and traditional techniques of classical architecture during our time in the Summer Studio through courses in drawing, proportion, wash rendering, and measured field study, part of our time at the ICAA is dedicated to designing our own entrance pavilion in Prospect Park. In addition to learning the traditional approach to design once practiced at the École des Beaux-Arts, the pavilion design has allowed us to ground our new knowledge and weekly observations in something concrete.

Coming from a modernist background, designing a classical pavilion has been eye-opening. The canonical orders help guide our designs beyond aesthetics. Ratios for height, width, and column spans found in the American Vignola seem to magically generate structurally coherent buildings that are also comfortable to the human scale. While at times I’ve struggled to draft an 8/6 diameter-wide column base at a ⅛” = 1’-0” scale, I’ve been delighted at the ease I’ve found designing a porous pavilion that bridges contemporary egress needs with the historic context of Prospect Park.

As we start our last week, I'm excited to develop my design further as well as seeing the final proposals of my peers! 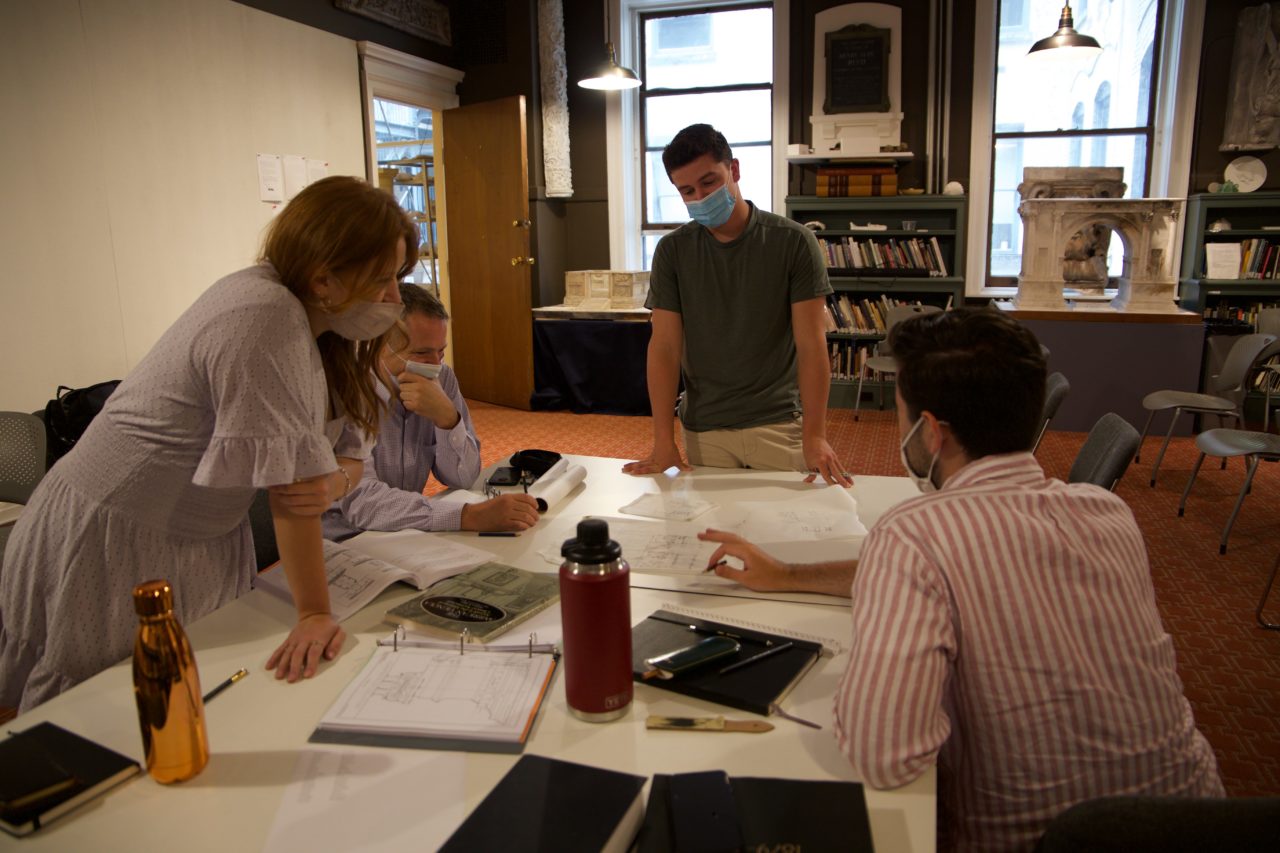 The mentorship component of the ICAA Summer Studio was actually something I hadn’t heard about until the first week of class, so I was pleasantly surprised at the prospect of meeting a practicing architect in New York City. My mentor reached out to me shortly after we were introduced to each other through email, and we were able to get together on a weekday after class. Beforehand, I was slightly nervous because of my inexperience with classical architecture and inexperience with meeting an architect outside of class time. However, there was no reason to feel that way because my mentor was very supportive and enthusiastic about getting to know me, and of course he did not expect me to know everything he knows. I was able to hear insight on some of the projects that he has worked on, the path that brought him to his current position, and how I could potentially follow a similar path. I am thankful that I have begun to establish a connection to the firms in New York City, and hopefully my mentor and I can continue to keep in touch in the future! 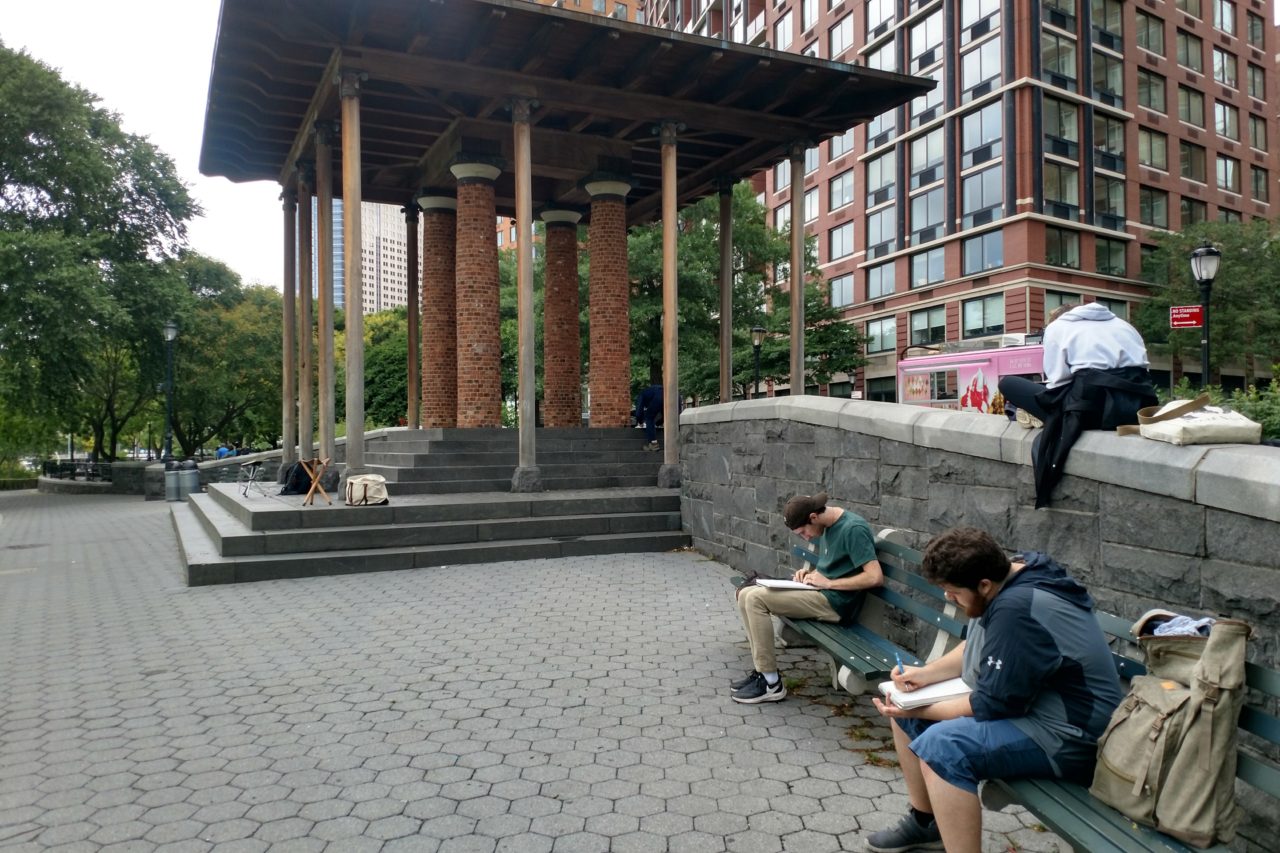 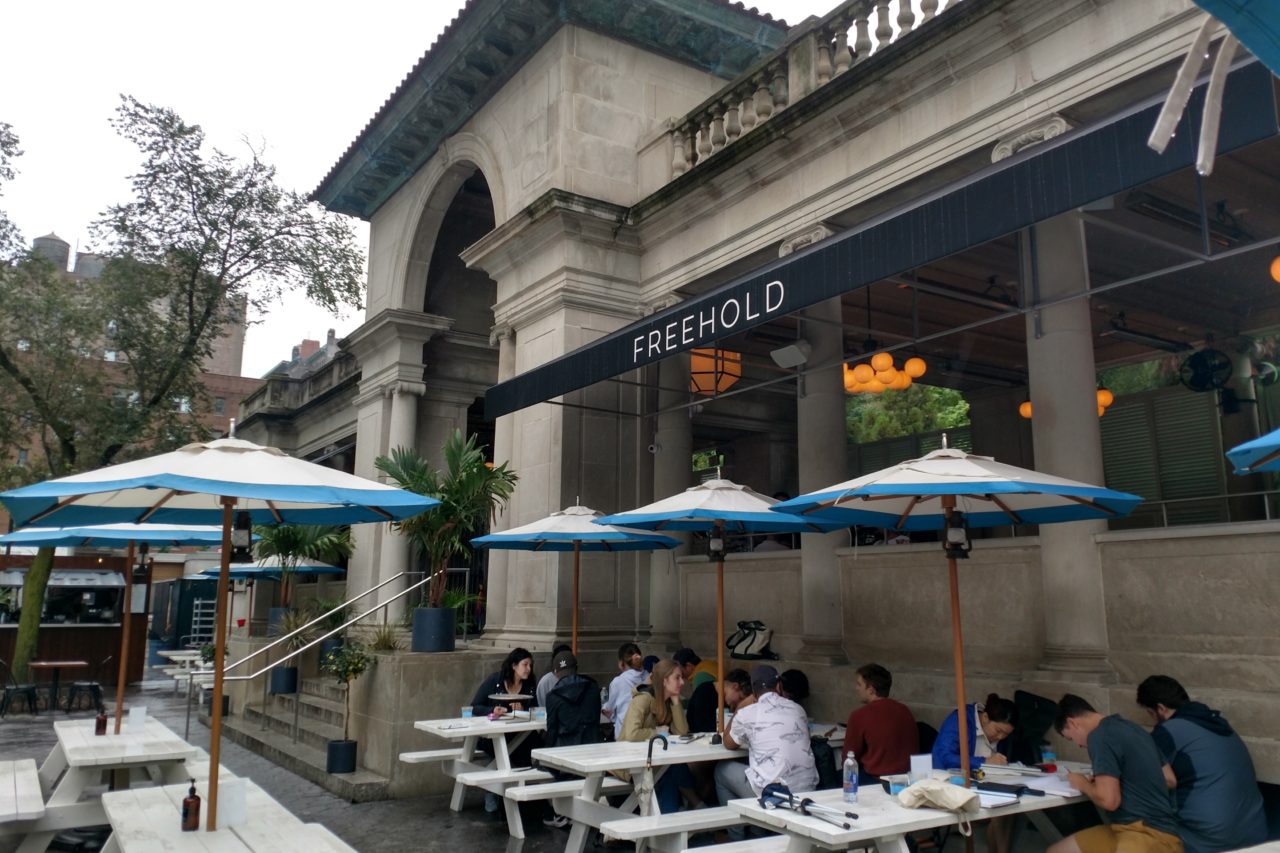 Students study Demetri Porphyrios's Pavilion at Battery Park City as part of a field study of New York City's parks and their architecture.

Students working in the field, rain or shine.