This week, students offer their reflections on four of the key concepts and subjects this week's curriculum has focused on.

You can also read updates from weeks one, three, and four.

One of the most memorable moments from this past two weeks is when we visited a neighborhood in Brooklyn and the instructors pointed out how urbanism often times makes a longer-lasting impact than the architecture itself. For example, even when a single building ceases to exist, the architecture still leaves a mark through the urban planning. We often think of architecture as a single object, but in reality it is not isolated. In an urban context, the architecture communicates with one another and forms the urban fabric. Our site visit to New York City Hall makes me realize how the architecture is a part of a bigger plan. The surrounding buildings reflect the classical architecture elements used in City Hall as the main focus. The City Beautiful Movement that was formed in the early 20th century created a ripple effect where even contemporary buildings in the area responded to the language used earlier. In a smaller context, the residential neighborhoods that we visited in Brooklyn respond to the human scale. From the pavements to distance between trees, they determine how its residents interact. I believe that in a dense urban context, paying attention to the architecture alone is not enough, and the architecture should contribute to the bigger narrative.

An interesting idea I learned from the proportion lectures given by Rachel Fletcher was the inherent meanings of shapes. In the presentation, Rachel mentioned the circle's association with an endless cycle, attributing to it a heavenly, transcendental quality. In contrast, she described the rectangle as finite due to its clearly defined edges, therefore associating it with what is earthly. When these shapes are used together in architectural designs, they represent a unity of the ideas to which they are attached. One example provided by Rachel was Bramante's Tempietto which in elevation includes a portion of a circle for the dome imposed in a square, the bottom of which meets the top of the building's lower entablature. The square itself is part of a larger rectangle which reaches to the bottom of the structure. The harmony of the different shapes in the Tempietto's design represents a union of divine and earthly, a fitting choice considering the building as a religious site. 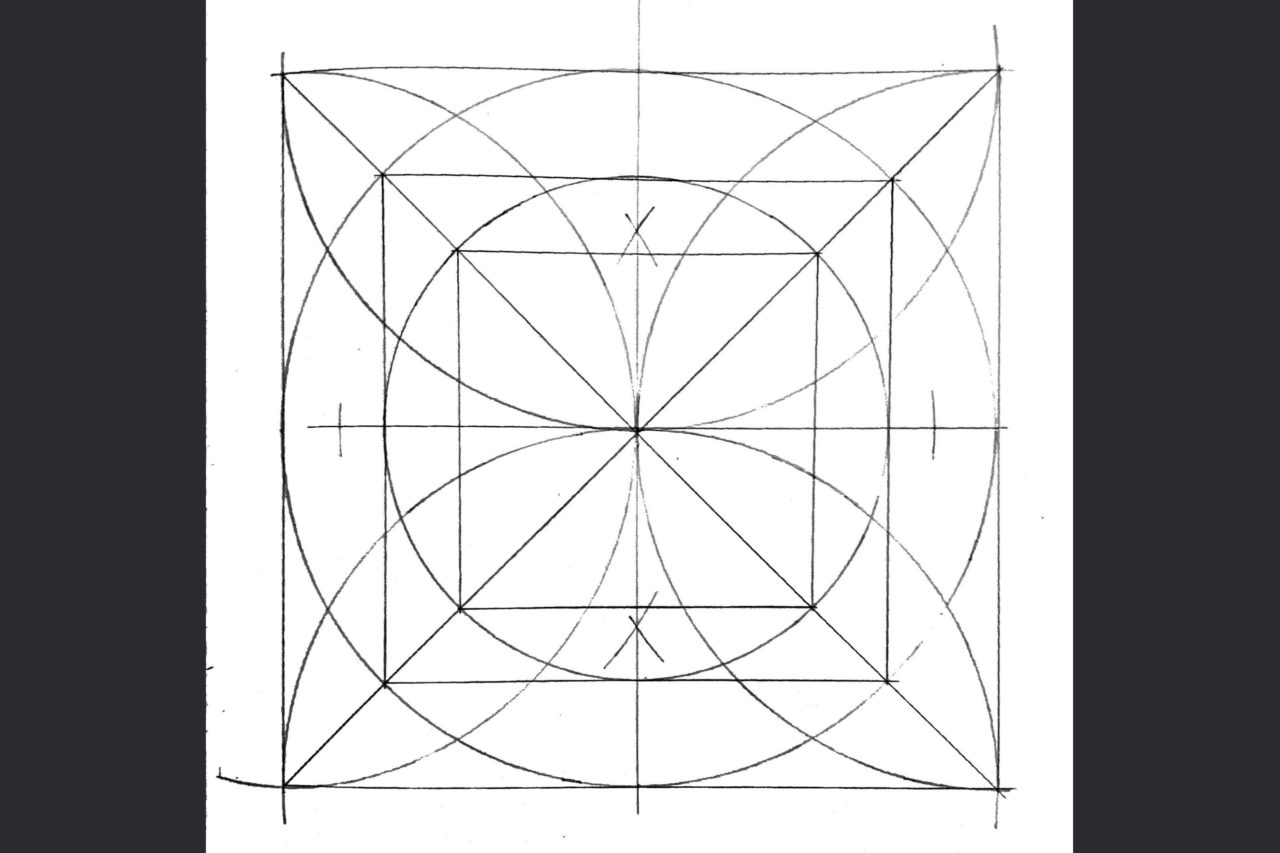 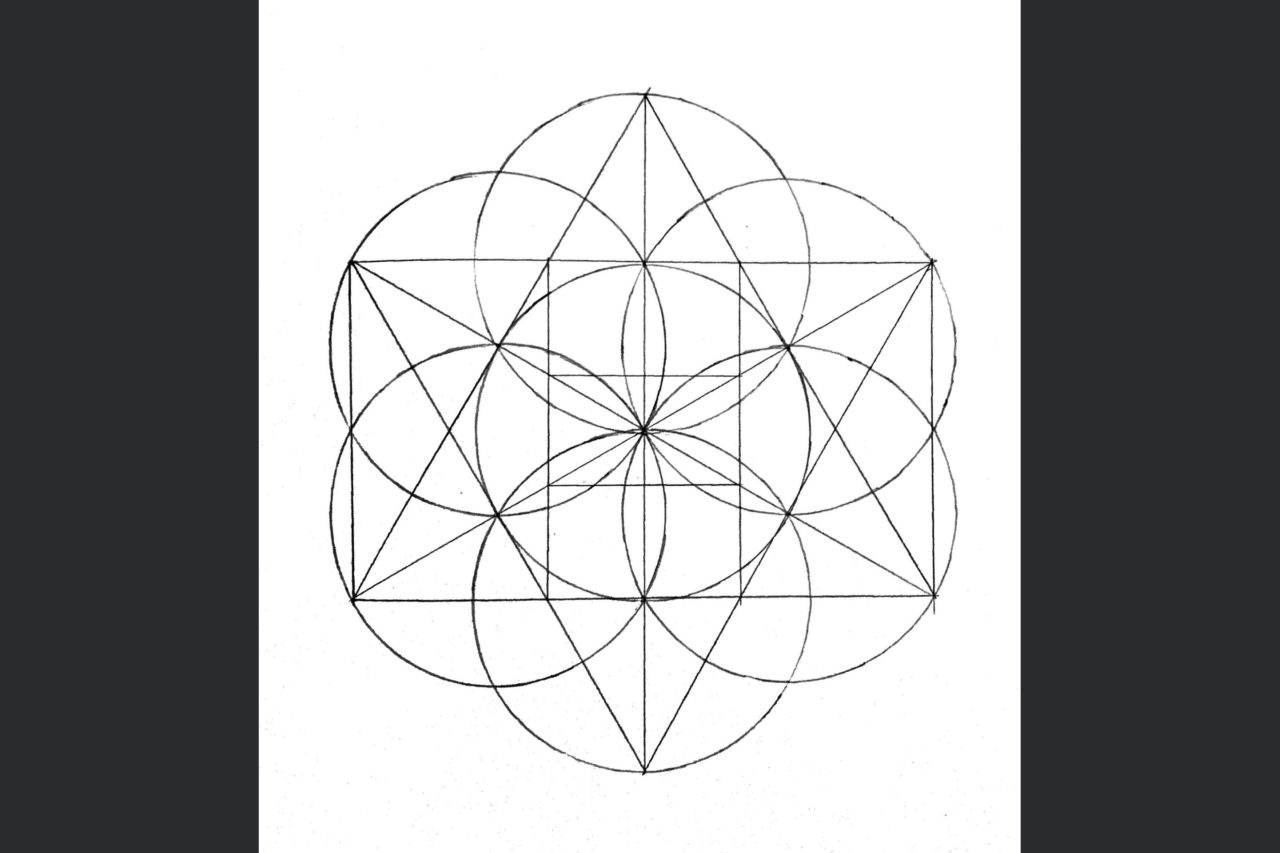 The architectural orders are the most important part of a building; they make up most of the building’s design. This is something that is new to me--I knew the orders were important, but I didn’t know the extent of it. In total there are five orders, Tuscan, Doric, Ionic, Corinthian, & Composite. These orders have different dimensions, therefore you could say that some are more important than others. Many times when designing a larger building, you might want to have a lower order in a less significant portion of a building, and a higher order in a more important part like an entrance, or higher up if it’s a multi-level structure. As firm as these orders might look in the sense that someone could only use the design given, you still have a lot of freedom to add or take away any elements from each particular order. Adding or removing elements is often essential to make your design stand out amongst other structures that might be around it or adjacent to it. When adding elements to the order, you might want to think of the building’s location or even its use. For example, if you have a building with or near a garden, you might want to have a variation of plants and flower ornaments. Many times a building’s small details and ornamental components might be even more interesting than the building as a whole. This might be contradictory, but you also don’t want to make the building’s design too busy either with the amount of ornaments used, because at the end it’s about having a good balance of your design’s elements with simplicity and complexity at play. 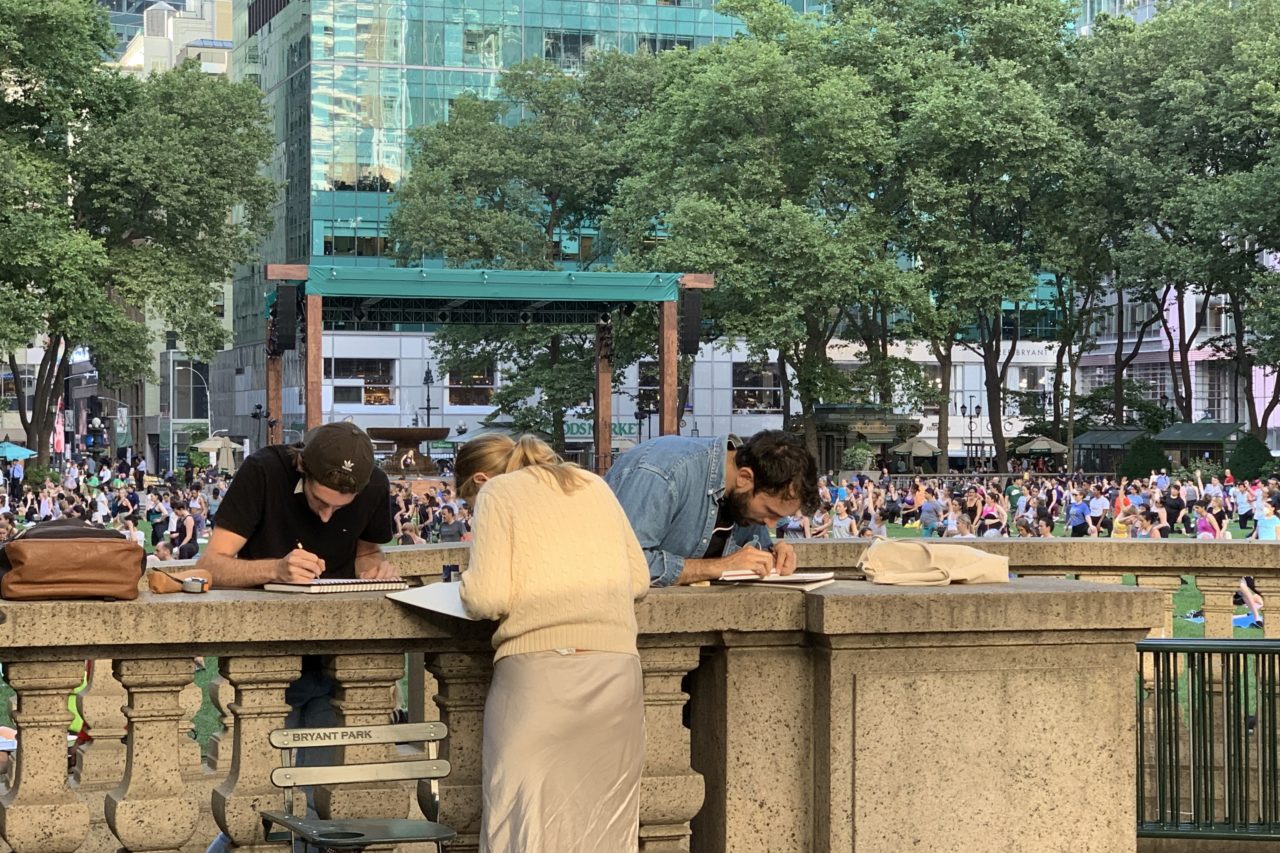 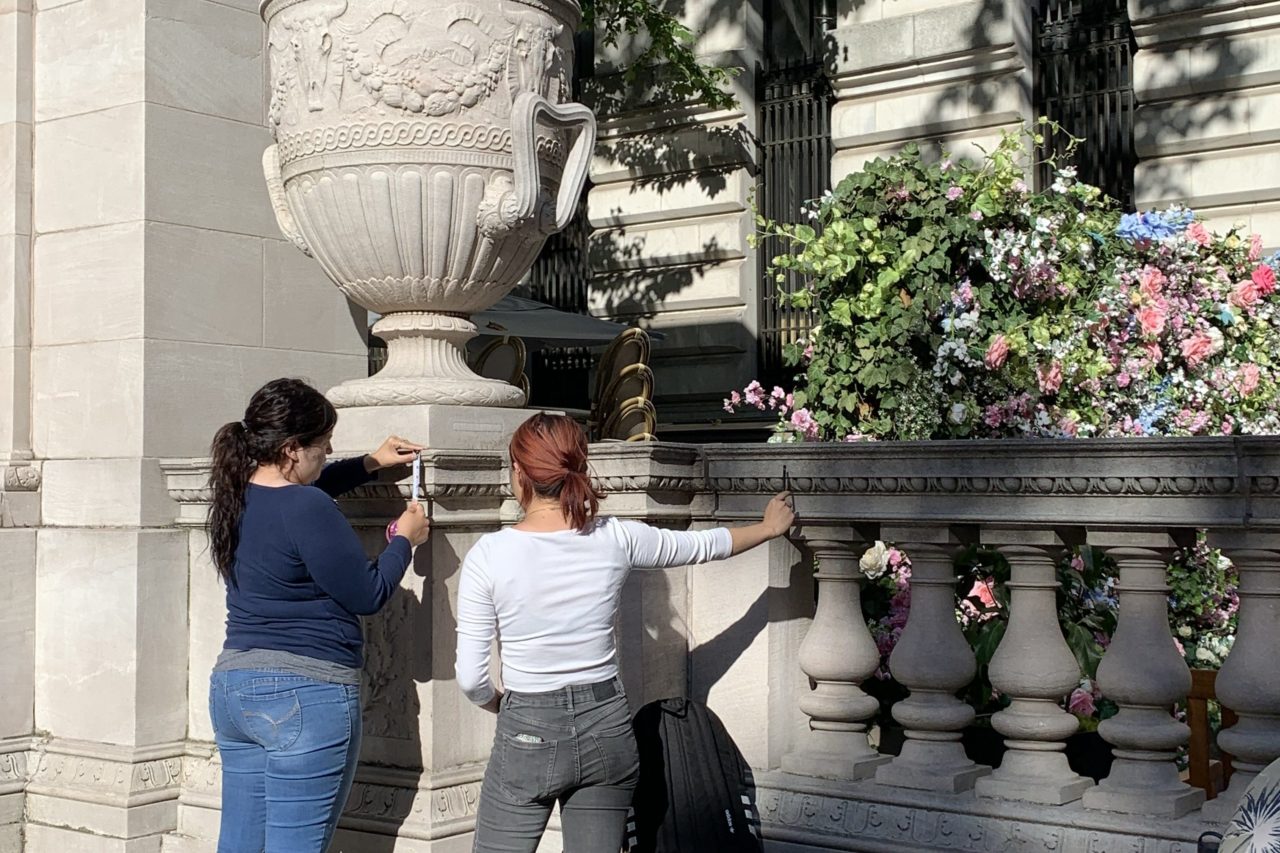 Just recently at the field study of the Municipal Building in lower Manhattan, as I was drawing the scale drawing I noticed that the columns I drew didn’t look right. When I went back and measured things a bit better, I was missing almost a foot of diameter for it to look visually proportionate. Now, whenever I draw I think back to the proportion of the columns and I'm able to get a more accurate drawing at the end. Knowing how exactly these things work and are proportioned makes it that much more enjoyable to look at a building and know what exactly you're looking at. Whenever I start a drawing in scale, I now start by drawing it with its respective numbers of diameters for the column to be able to understand a little better the scale of the elements I would want to use with the particular design, or even how big a space will be. 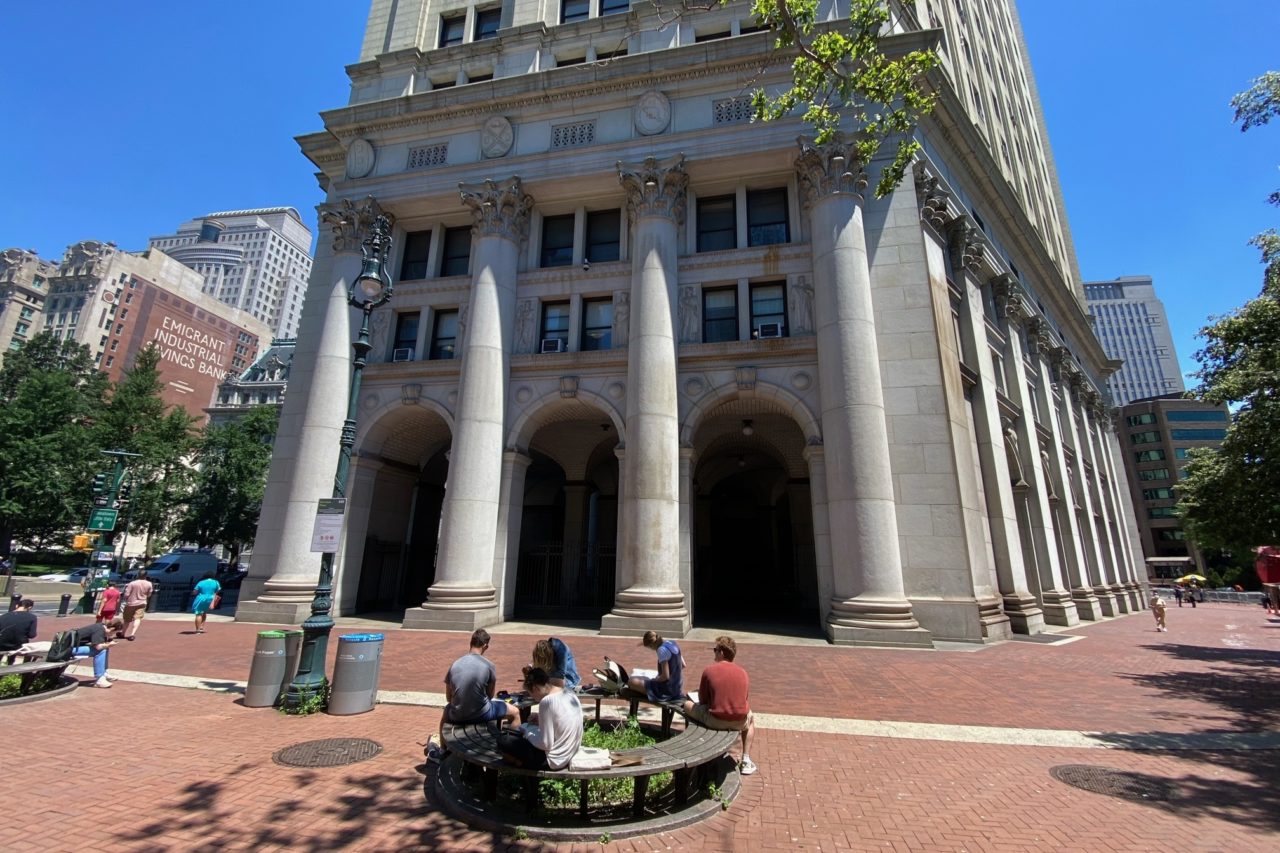 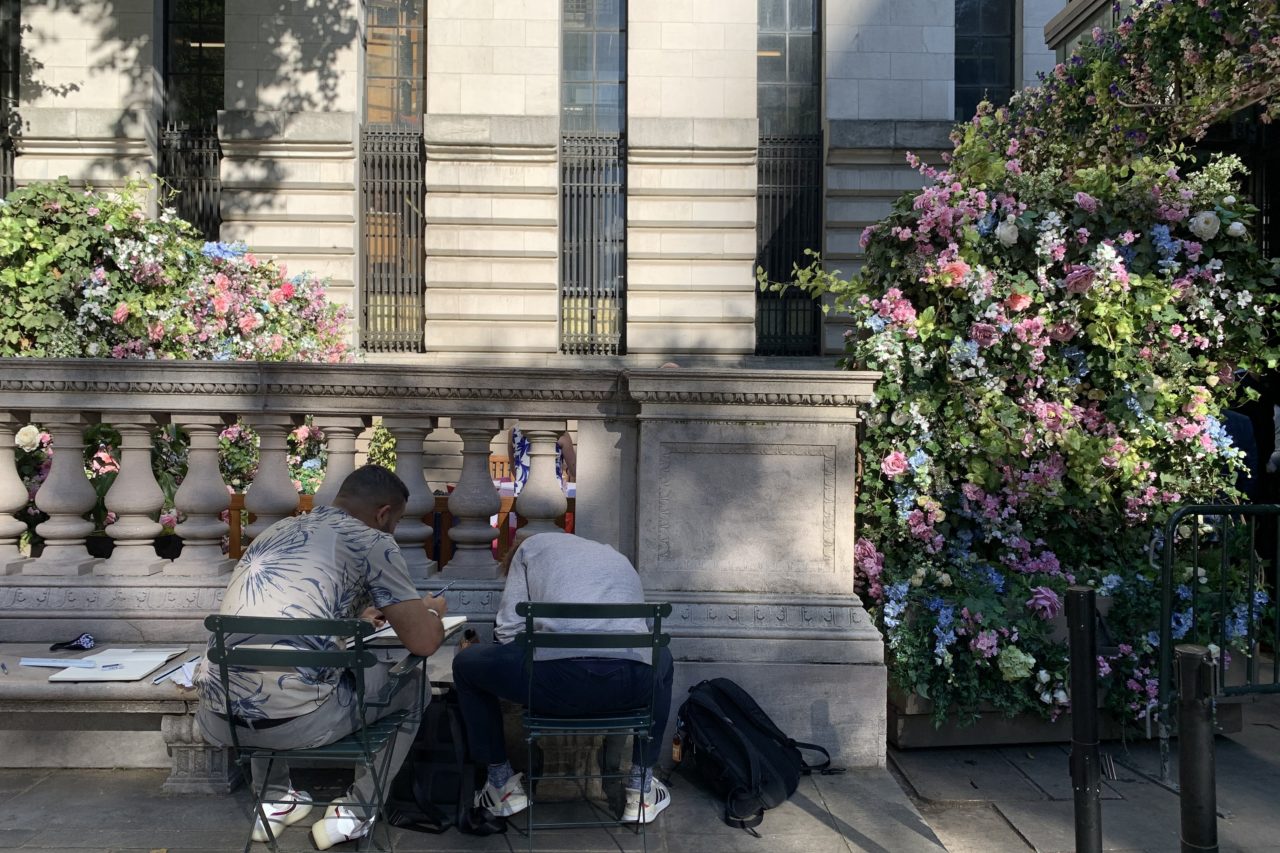 Students drawing on site at the Municipal Building

At the tail end of the first week of the Summer Studio, we were introduced to the concept of the esquisse. It was brought to us as a technique for working through different design concepts, ultimately moving towards the development of our final design project in Prospect Park. For example, this past Saturday we visited Prospect Park to work through the treatment of the land surrounding and proceeding our structure. We were tasked to come up with a few concepts that addressed these issues.

Furthermore, as we develop our final designs, we have used the technique of the esquisse to look at our ideas through plan, elevation, and section. By using this method, we are able to understand our designs in three dimensional space. 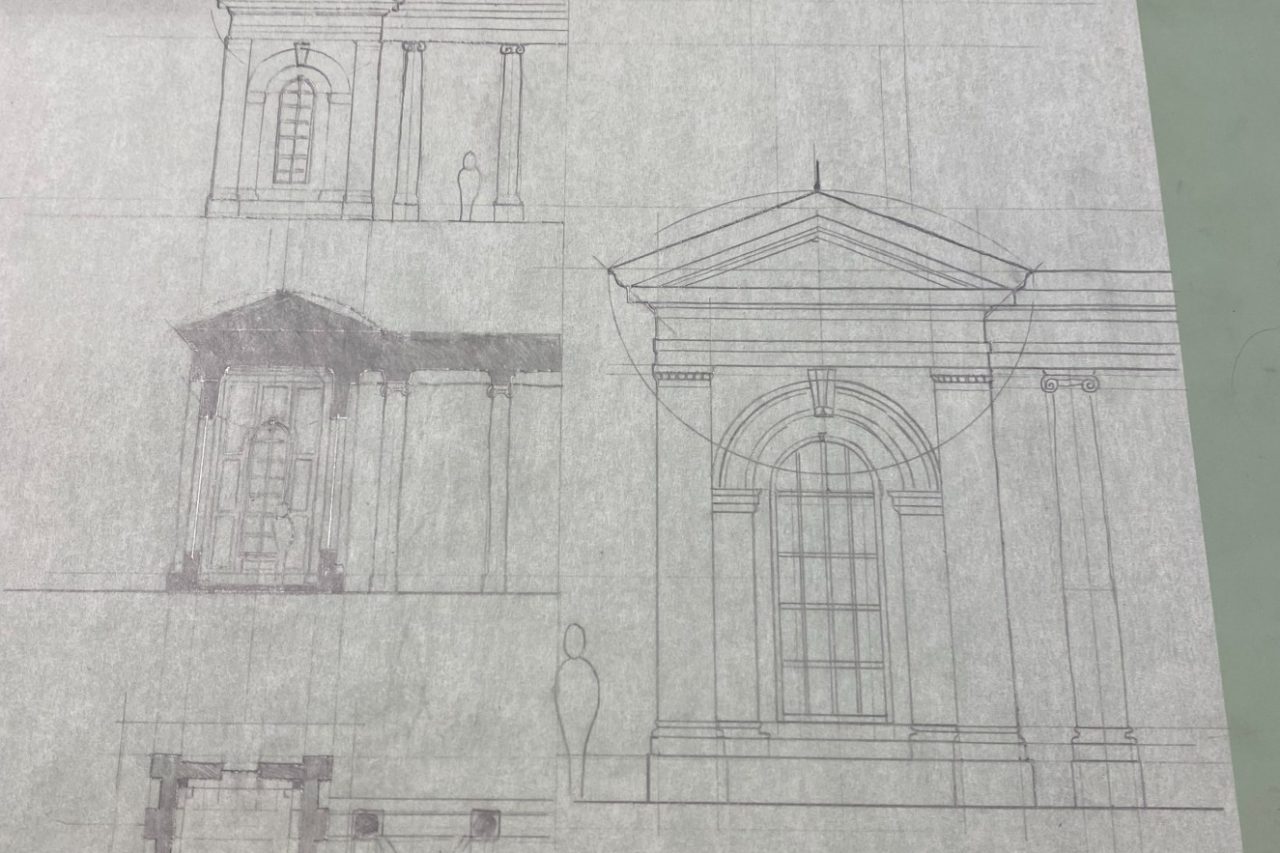