In a dinner to be held on Monday, May 4th at the University Club of New York, the following will be honored, by category:

Founded in 1992 by Andrew Skurman, San Francisco-based classical architecture firm Skurman Architects is recognized internationally for its custom homes, from grand country residencies to intimate city apartments. Skurman apprenticed at I. M. Pei & Associates before training at other notable practices, and his work has received many awards, including five Julia Morgan Awards from the ICAA’s Northern California Chapter, and he received the title of Chevalier de l’Ordre des Arts et des Lettres (Knight of the Order of Arts and Letters) from the French Minister of Culture. A monograph of Skurman’s work, Contemporary Classical: the Architecture of Andrew Skurman, was published by Princeton Architectural Press in 2012.

In addition to their residential portfolio, Skurman Architects has designed the Resort at Pelican Hill, the Wattis Room at the Louise M. Davies Symphony Hall in San Francisco, and completed the reconfiguration and restoration of the Salon Doré (an 18th Century French period room at the Legion of Honor in San Francisco). The firm was also commissioned to study designs for an addition to the Harvard Stadium.

Featured in publications including Architectural Digest, Southern Accents, C Magazine, Traditional Home, Maison Française, and the New York Times Magazine, Skurman Architects continues to be recognized for their ability to create exceptional contemporary homes that embrace the timelessness of houses built generations ago. 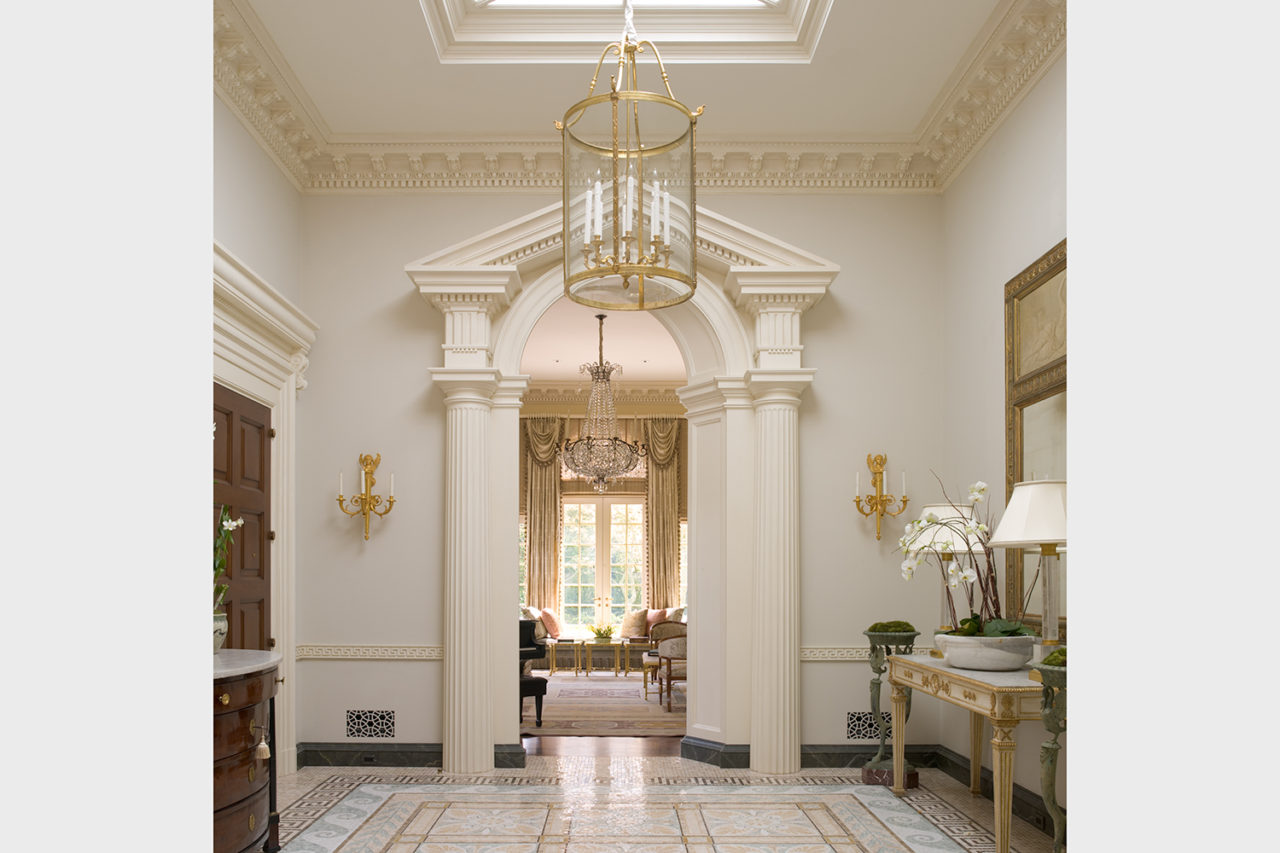 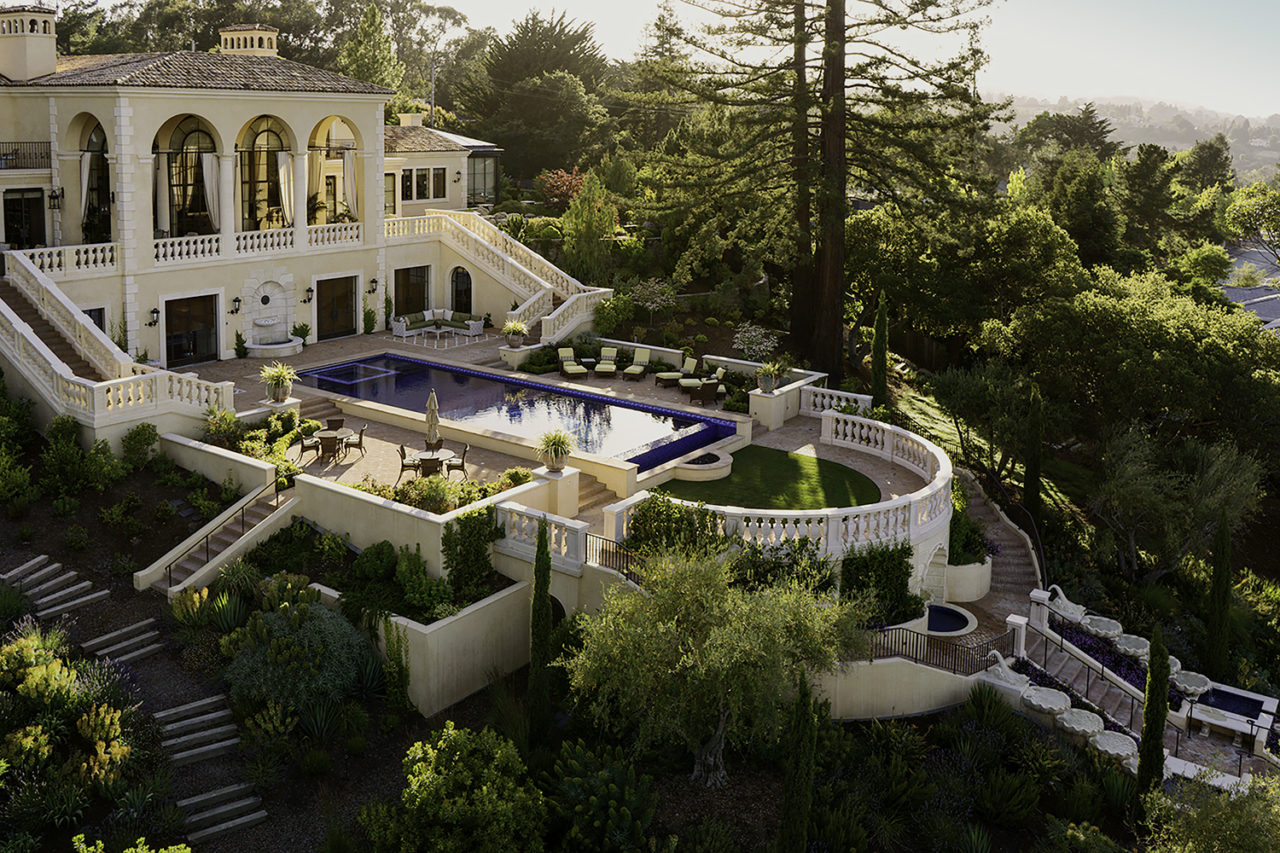 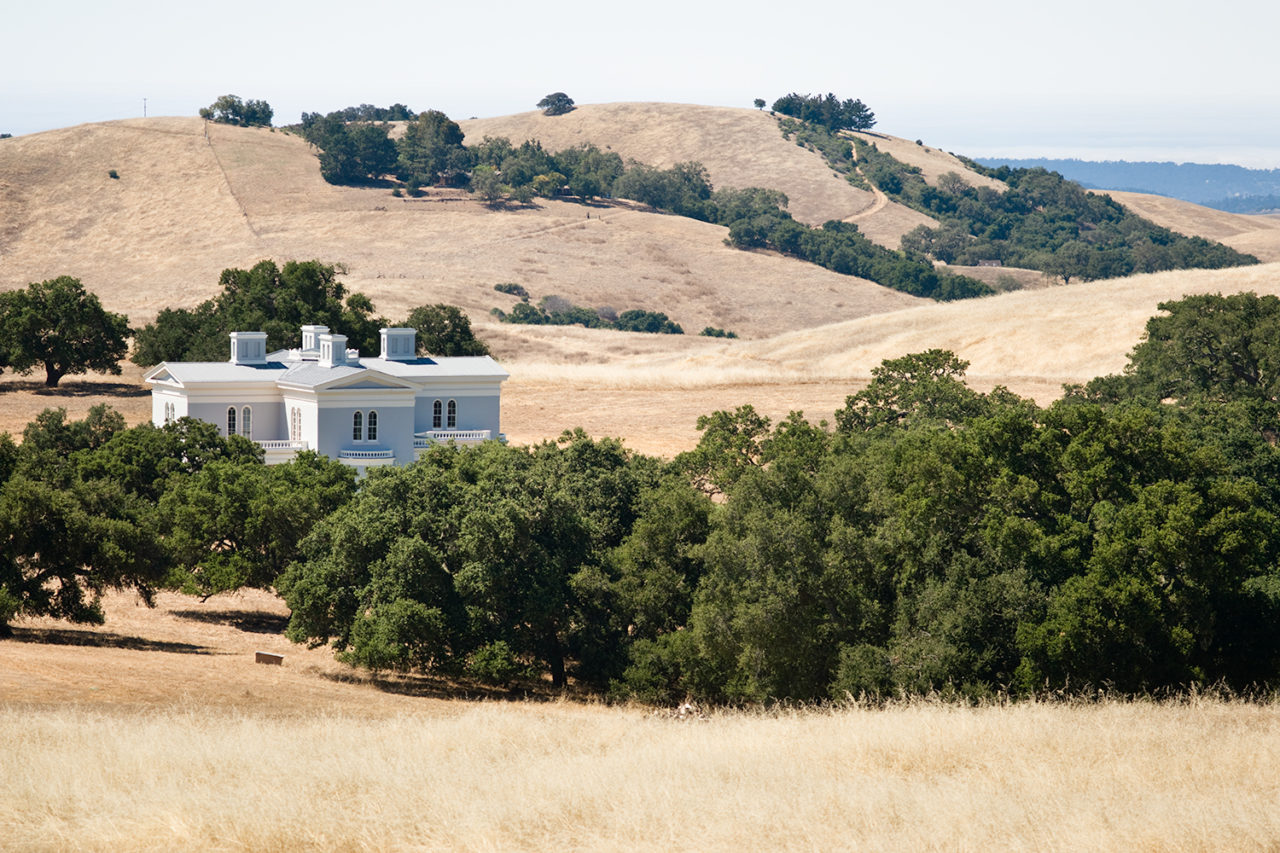 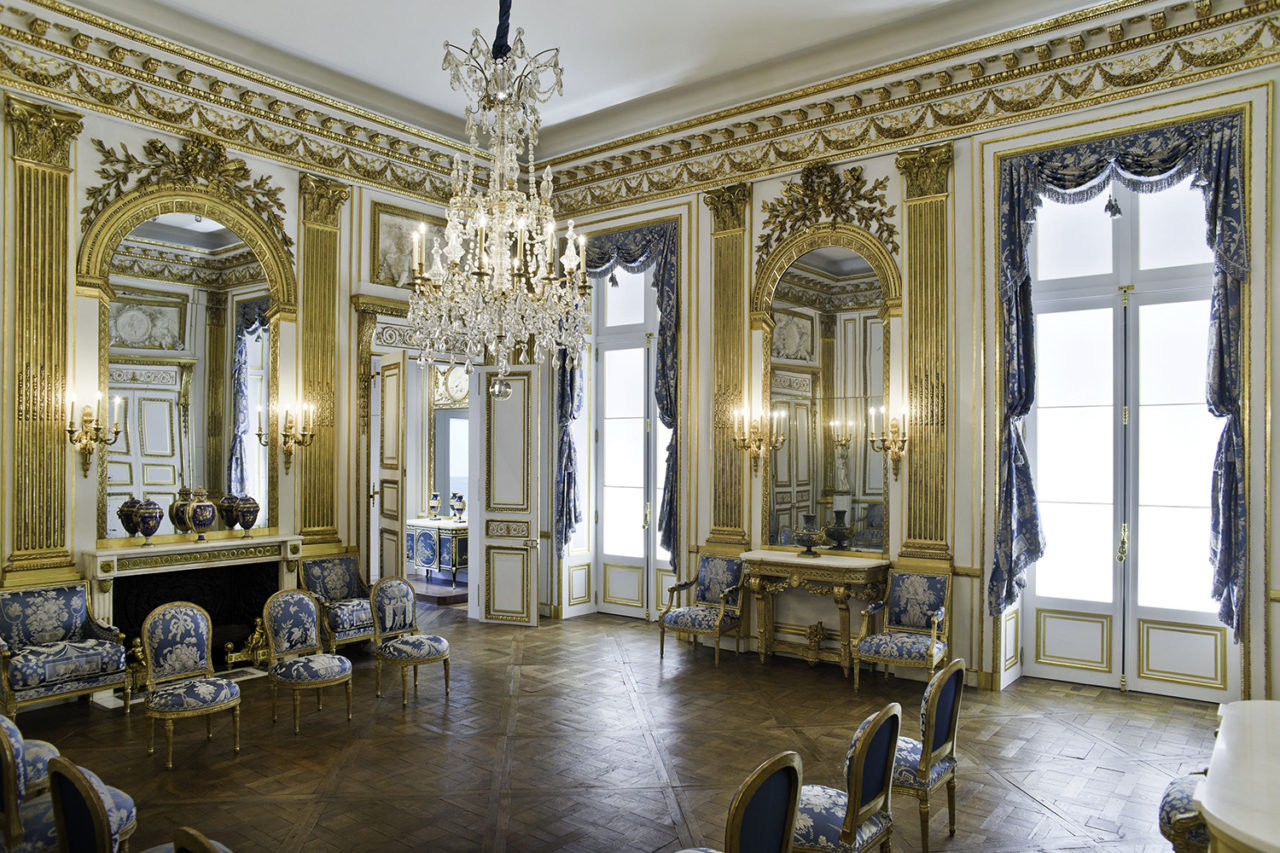 A Restoration and Reconfiguration of the Salon Doré, Legion of Honor, San Francisco (Image: Fine Arts Museums of San Francisco)

For more than 30 years, Hyde Park Mouldings has been a leader in the revival of artisanal plasterwork in North America, specializing in the design, fabrication, and installation of all types of moulded plaster ornament and the creation of custom plaster surface finishes for walls and ceilings.

From its 30,000 square-foot workshop on Long Island, NY, Hyde Park Mouldings services projects across the U.S. and around the world. With a team of over 100, comprised of designers, artisans, plasterers, installers, and project managers, Hyde Park is sought after for its ability to approach large, complex residential, commercial, and institutional projects where unwavering attention to detail and sensitivity to scheduling and logistics are required.

Hyde Park Mouldings has been recognized for its craftsmanship and artisanship as a recipient of the Stanford White Award in 2012 and 2016, the John Staub Award in 2013, the Addison Mizner Award in 2015, and the Charles Bulfinch Award in 2016. 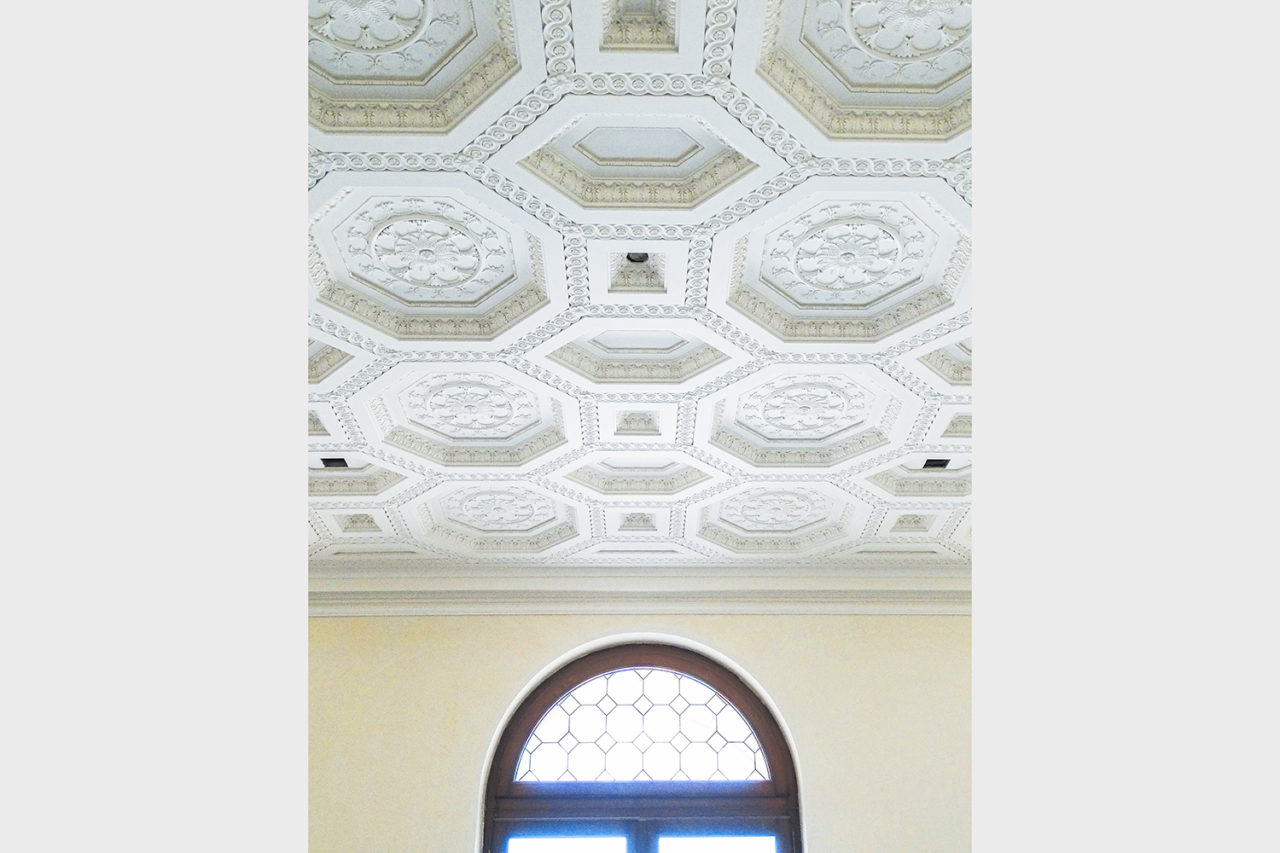 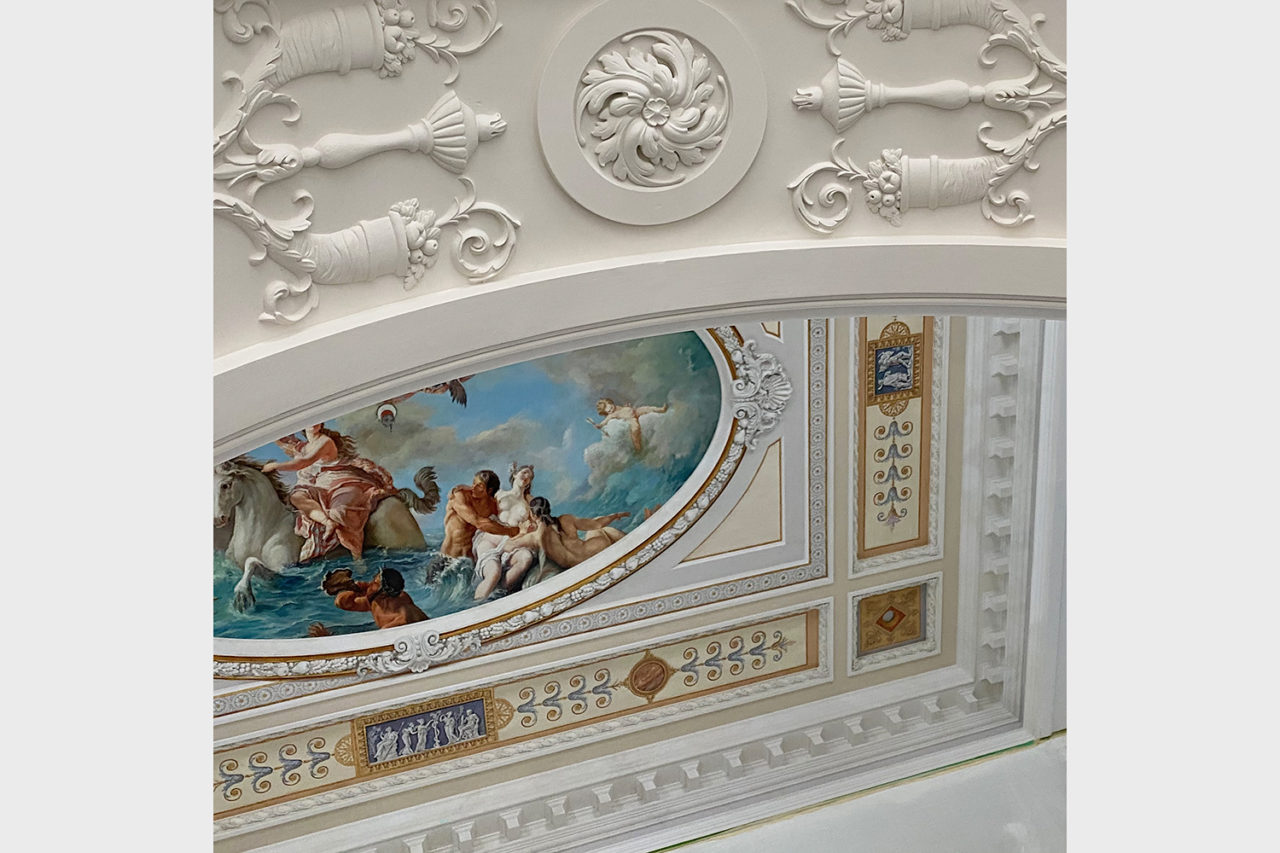 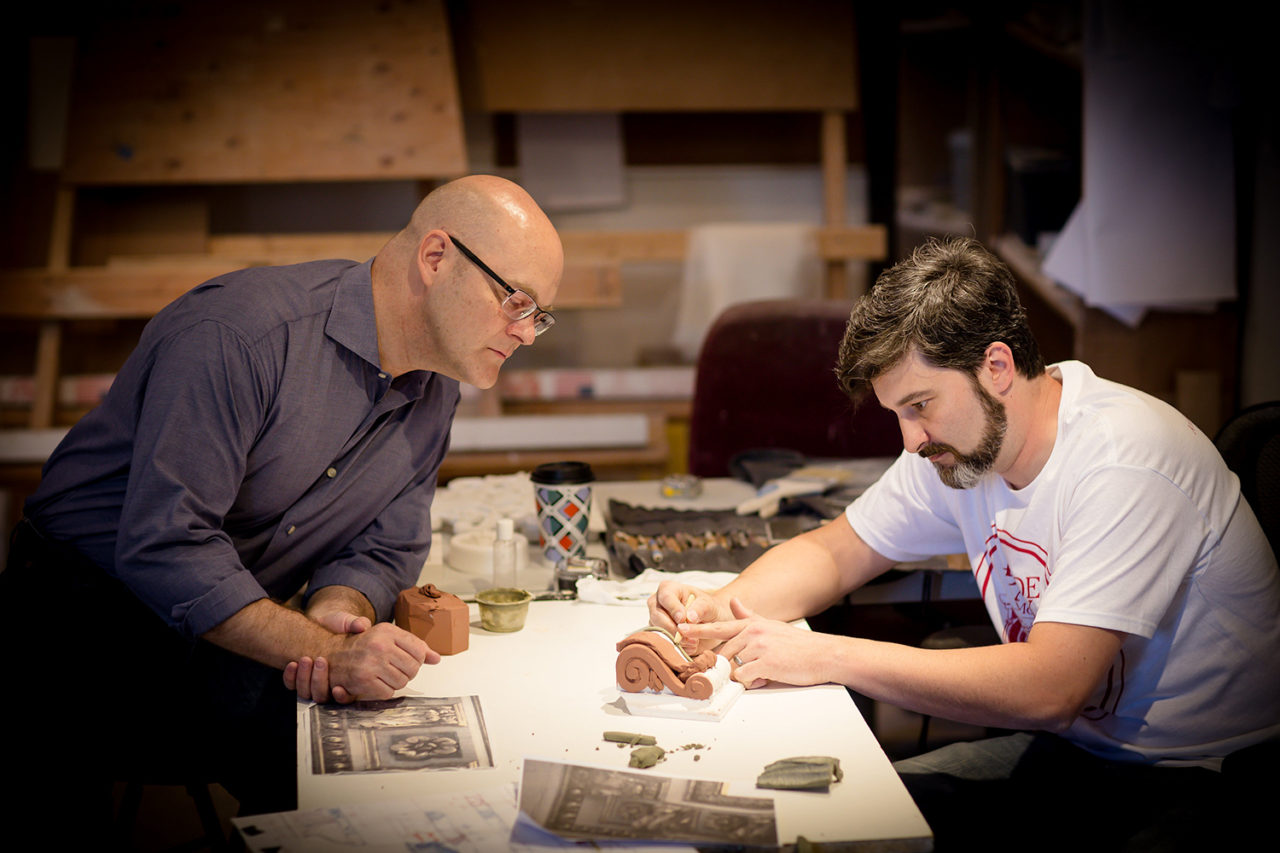 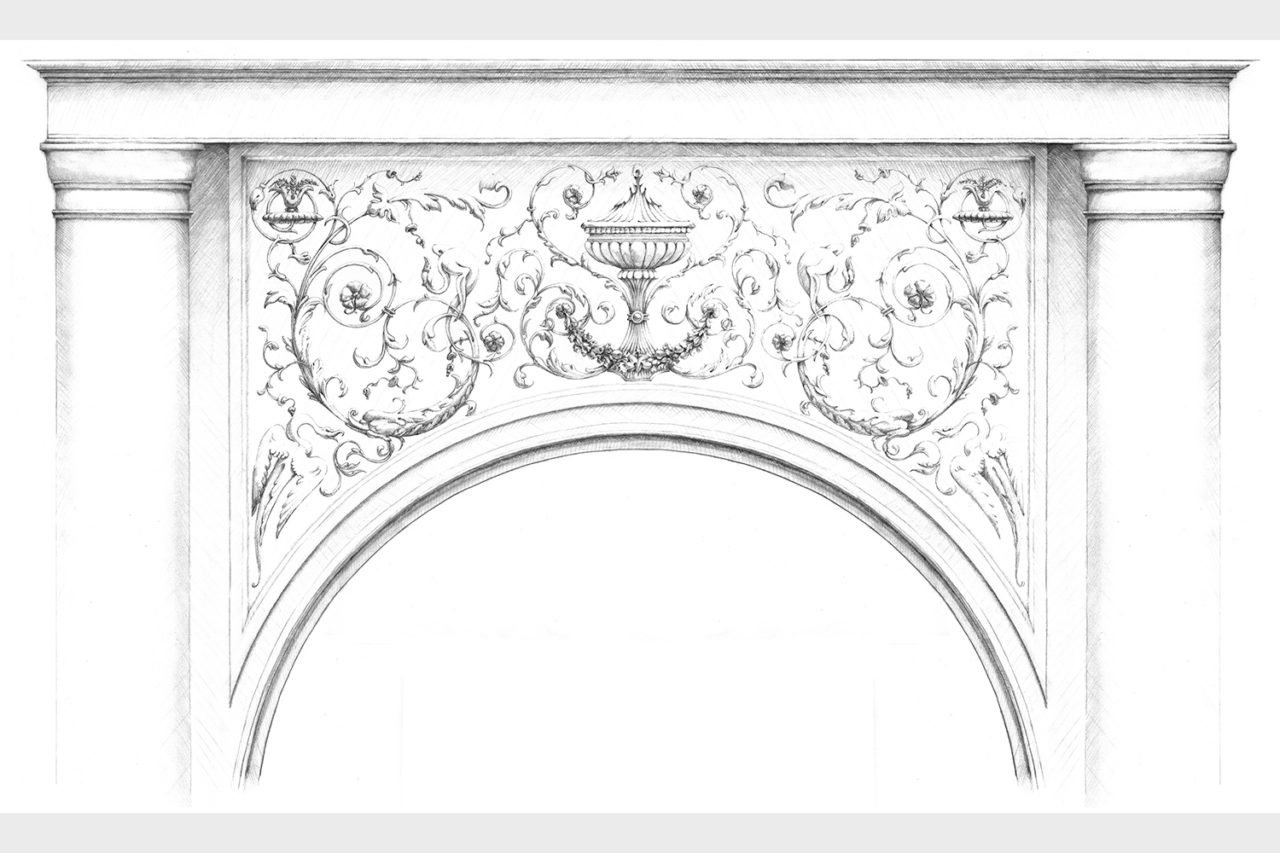 Bob Christian has been creating art all of his life. After studying painting at the Atlanta College of Art in Georgia, Bob trained under John Rosselli of John Rosselli Antiques in New York City, where he was educated in the decorative arts. As a result, he was able to observe the leading trends and identify changes in designers’ styles over time. In 1982, Bob relocated to Savannah, Georgia to open Bob Christian Decorative Art with his wife Julia. Housed in an 1852 townhouse in Savannah's historic district, the gallery offers a wide display of their prolific talents.

Bob’s innate sense of style and taste, combined with his ability to adapt to the designers’ and clients’ needs, has enabled him to work with the country’s most talented designers. Bob travels nationally painting canvases, walls, floors, and ceilings. His work has been featured in nearly every national home decor and lifestyle publication and is in private and public collections all over the country. In Savannah, you will find Bob in his studio creating a one-of-a-kind piece of furniture or canvas. 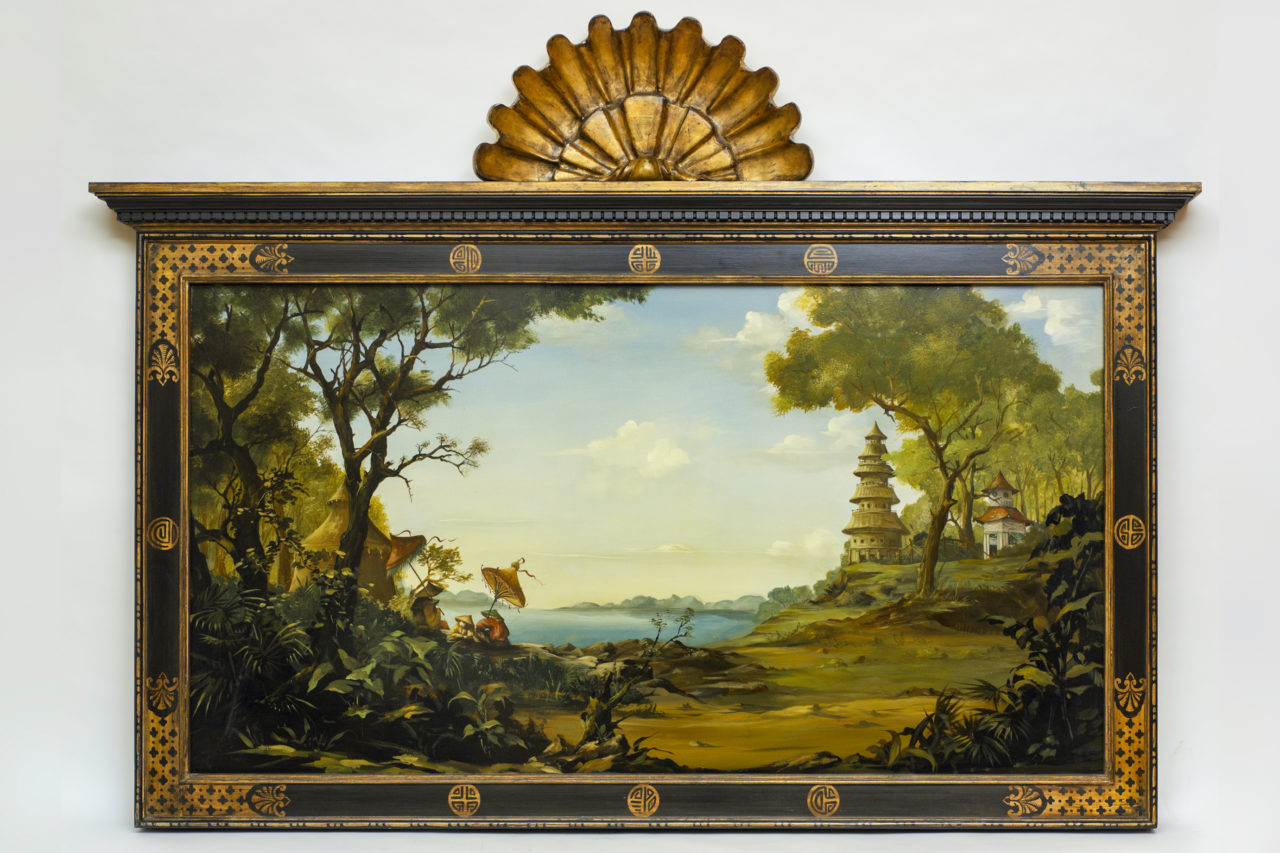 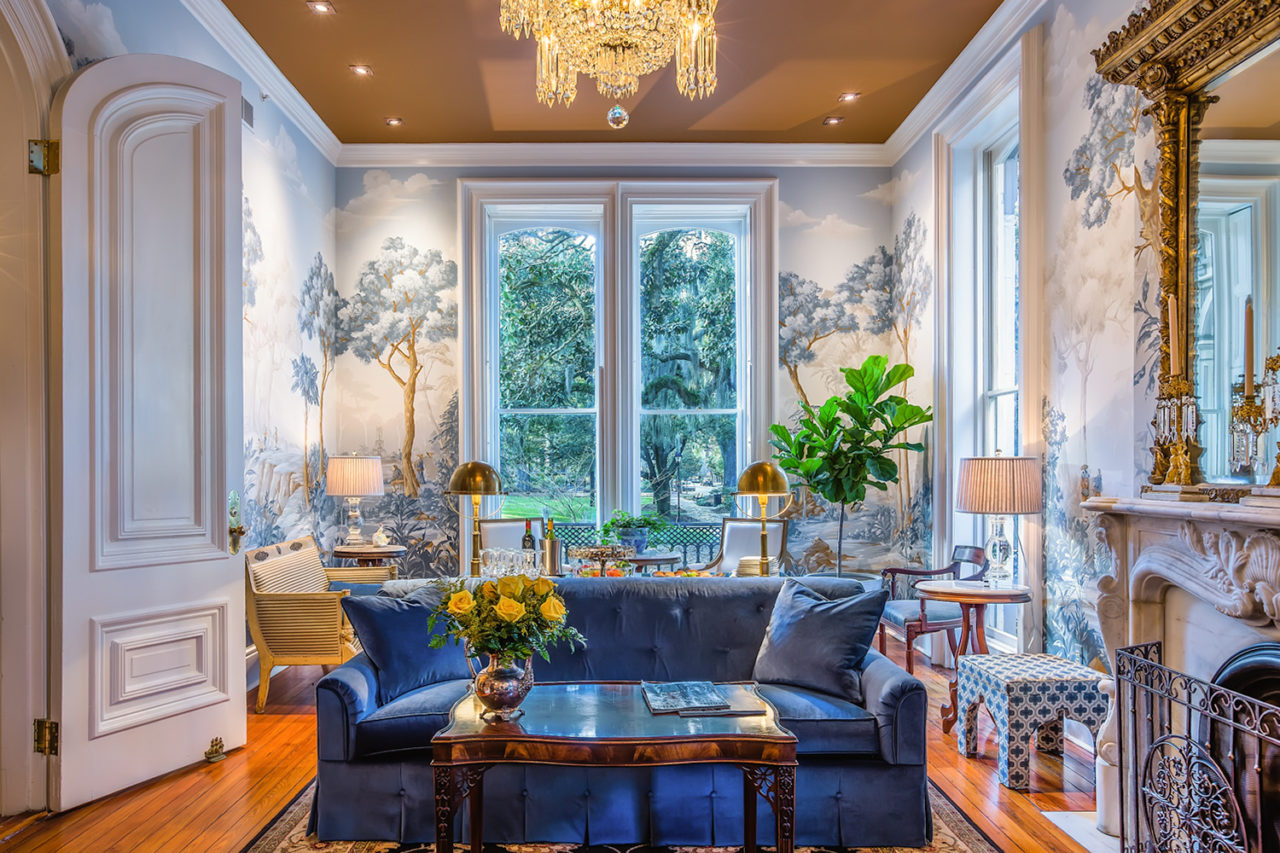 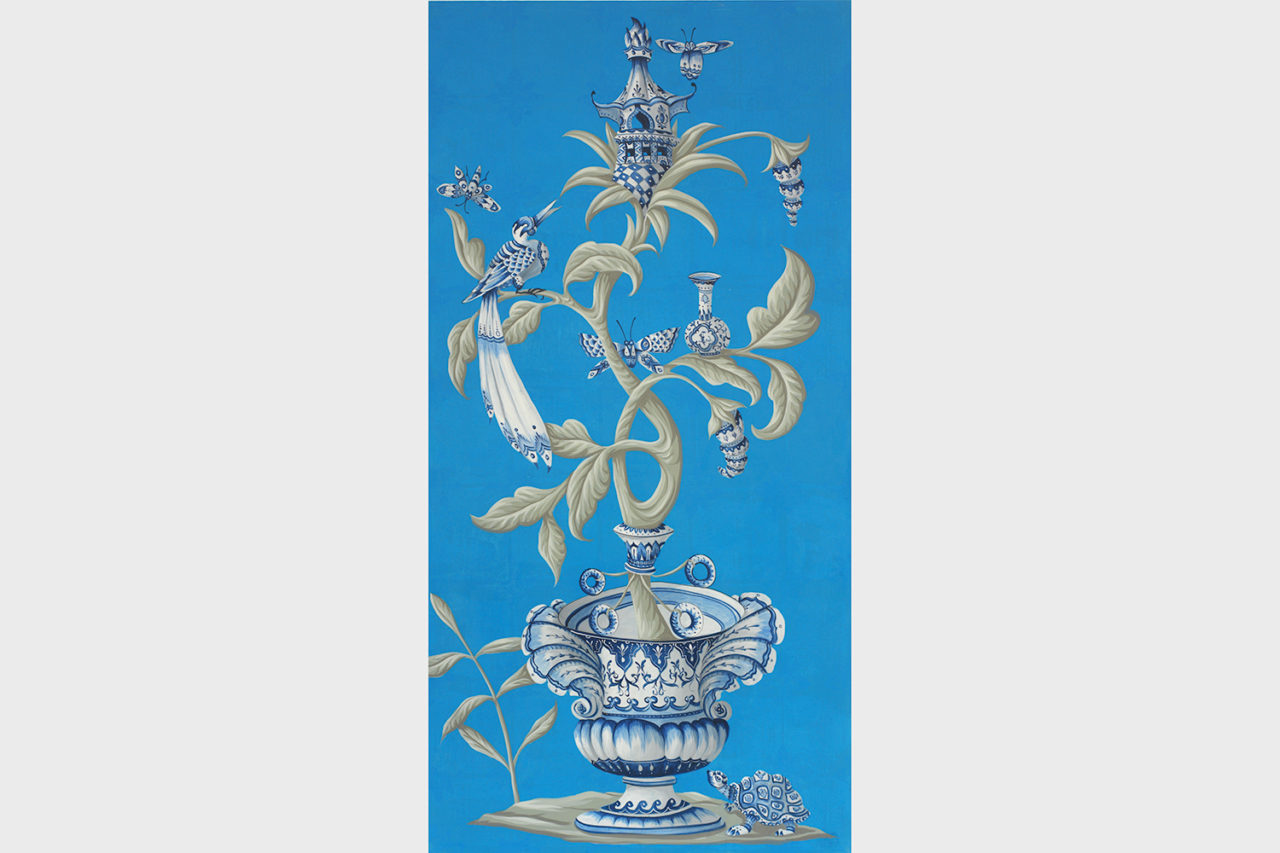 Hollander Design Landscape Architects designs landscapes and gardens around the world, from the Hamptons to Hong Kong. Led by its founders, Edmund Hollander and Maryanne Connelly, it designs residential, institutional, and cultural projects from offices in New York, Chicago, and Sag Harbor, NY.

In the past five years alone, the firm has won more than 20 design awards, including national and regional awards from the American Society of Landscape Architects (ASLA) along with Stanford White and Acanthus Awards from the ICAA. The firm is one of few landscape architecture firms ever elected to Architectural Digest’s AD100 list of top designers.

Projects by Hollander Design Landscape Architects are regularly featured in The Wall Street Journal, The New York Times, Architectural Digest, and LUXE Magazine, among others. The firm’s work is the exclusive focus of three critically-acclaimed books on landscape and garden design: The Good Garden, The Private Oasis, and Gardens for The New Country Place. 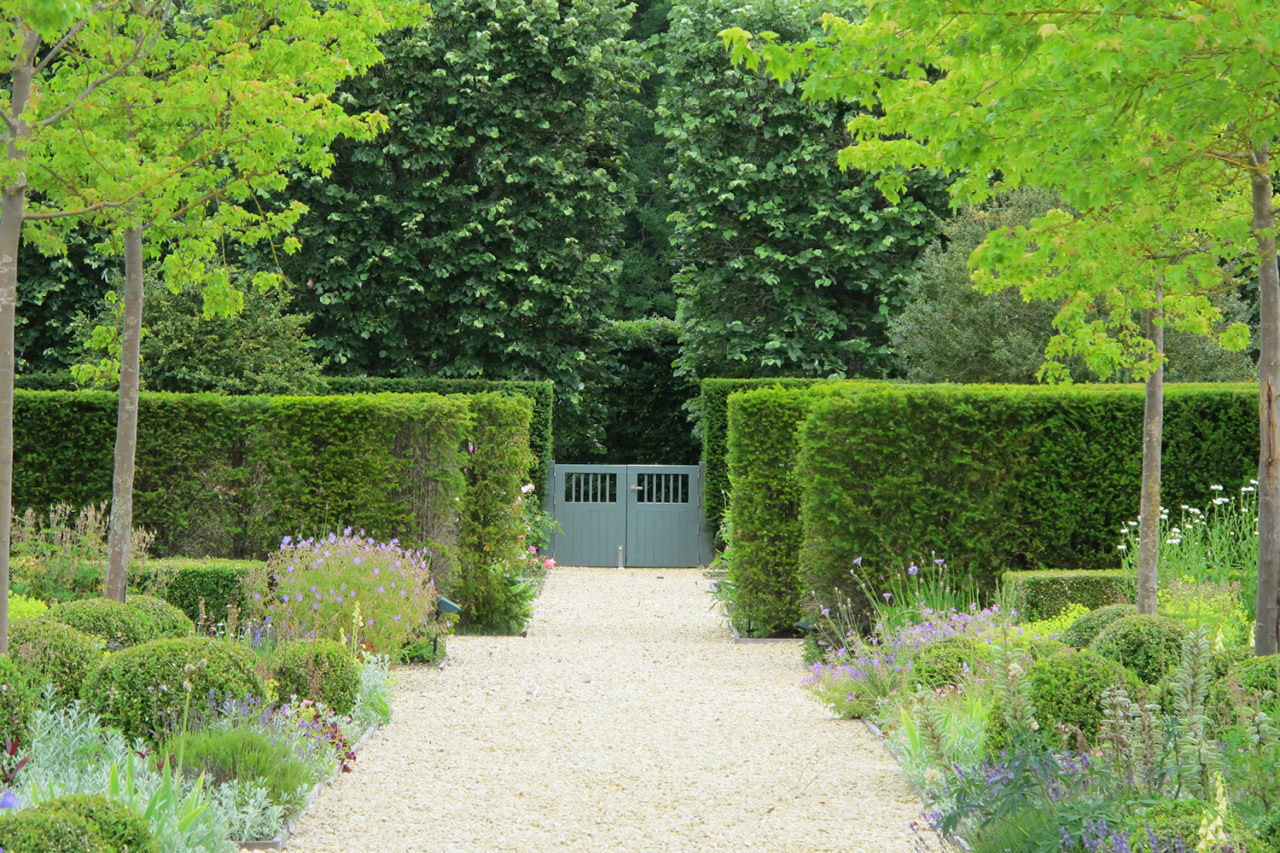 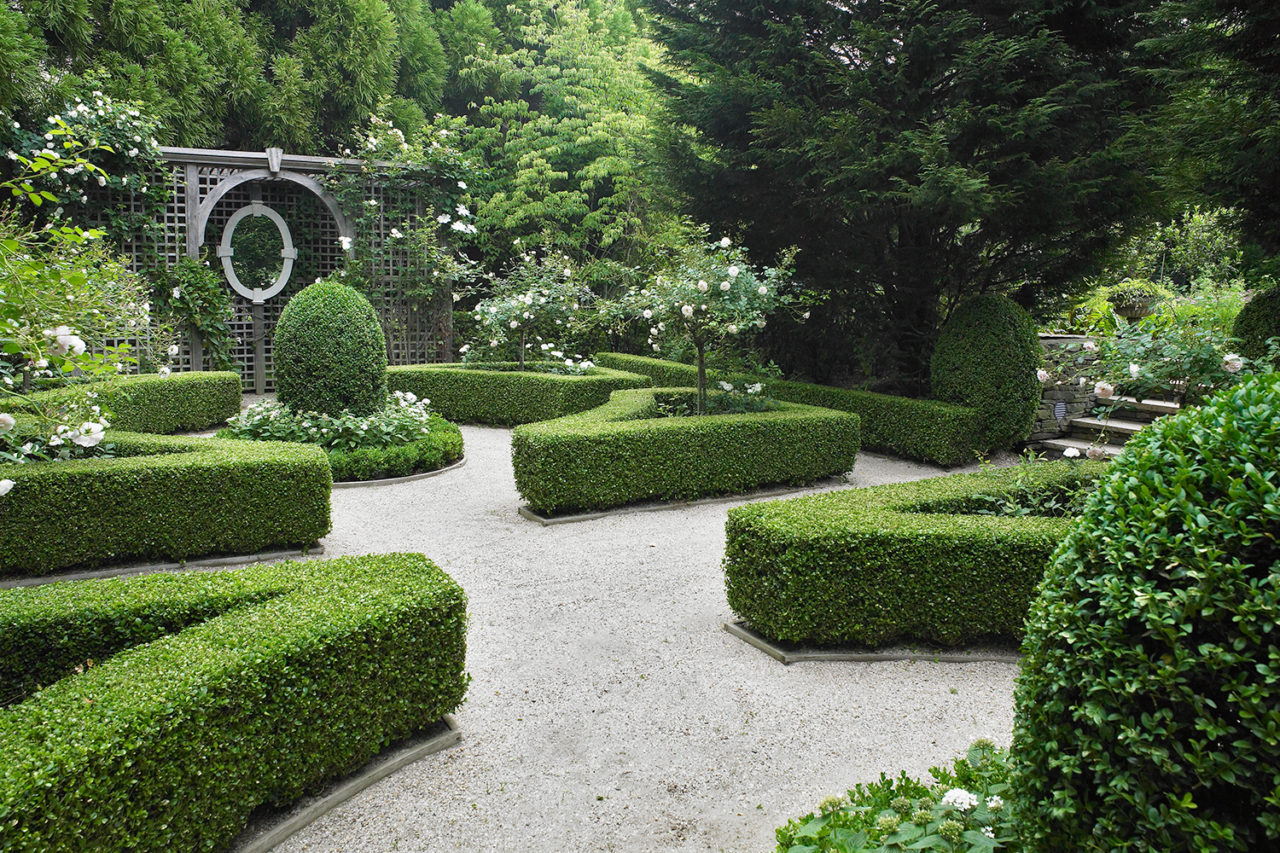 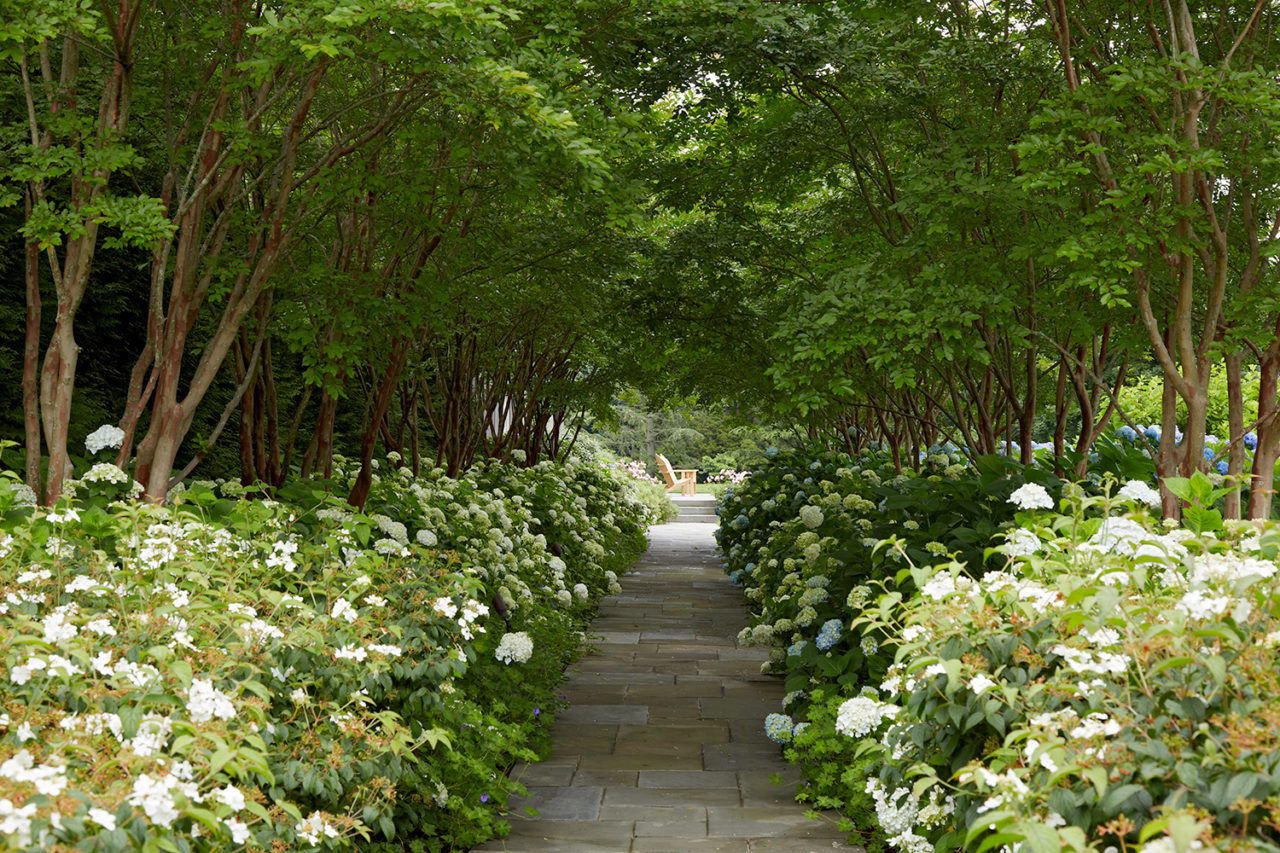 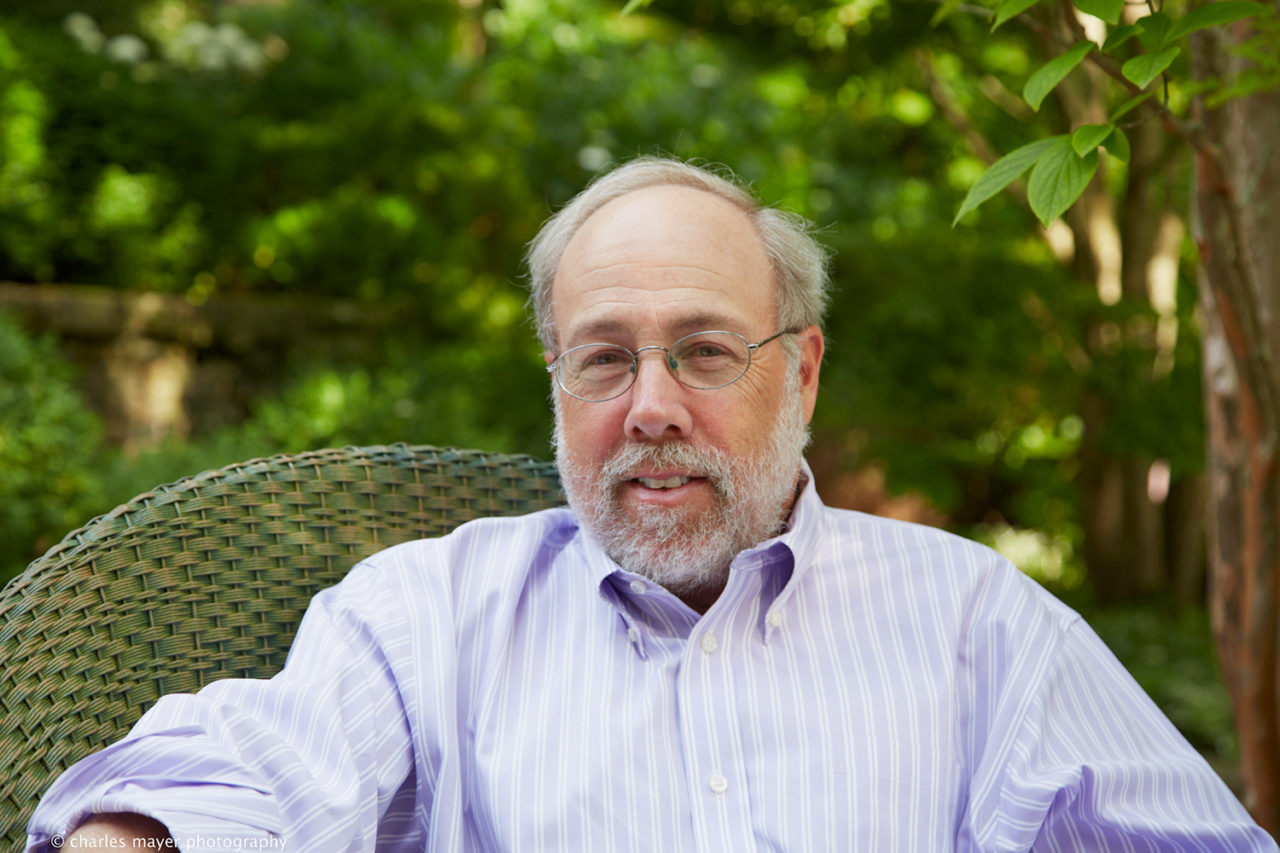 Since 2001, Charles Miers has been the Publisher of Rizzoli New York, responsible for the acquisition, editorial direction, and commercial success of all books published under the Rizzoli, Universe, Skira-Rizzoli and Rizzoli Electa (museum publications), Welcome (travel and Americana), and Rizzoli Ex Libris (literary nonfiction) imprints, now approximately 175 new titles per year. As the Publisher of Rizzoli New York, he is an Officer and Vice-President of Rizzoli International Publications and President of Rizzoli Electa.

Over his 29-year tenure at Rizzoli, Charles has dramatically expanded Rizzoli’s program of books in interior design, art, fashion, photography, and contemporary culture, while strongly reinforcing and cultivating a long-standing program of books on contemporary and historic architecture that was first developed by now retired Associate Publisher David Morton and former Publisher Gianfranco Monacelli.

Charles has been the recipient of the following professional prizes: Tony Godwin Memorial Award, the Literary Market Place Award for Scholarly Publishing, the Soane Foundation Honors, and the Book Arts Advancement Award, along with numerous awards and prizes for individual books published by Rizzoli.

At a cursory count, in Rizzoli’s program he has published more than 20 books authored by 15 Arthur Ross Award winners. In 2016 he worked closely with Tom Kligerman and Barnaba Fornasetti on the design of the new Rizzoli flagship bookstore in Manhattan, located in the St James Building, and where McKim, Mead & White designed the Havana Tobacco Company’s showroom. 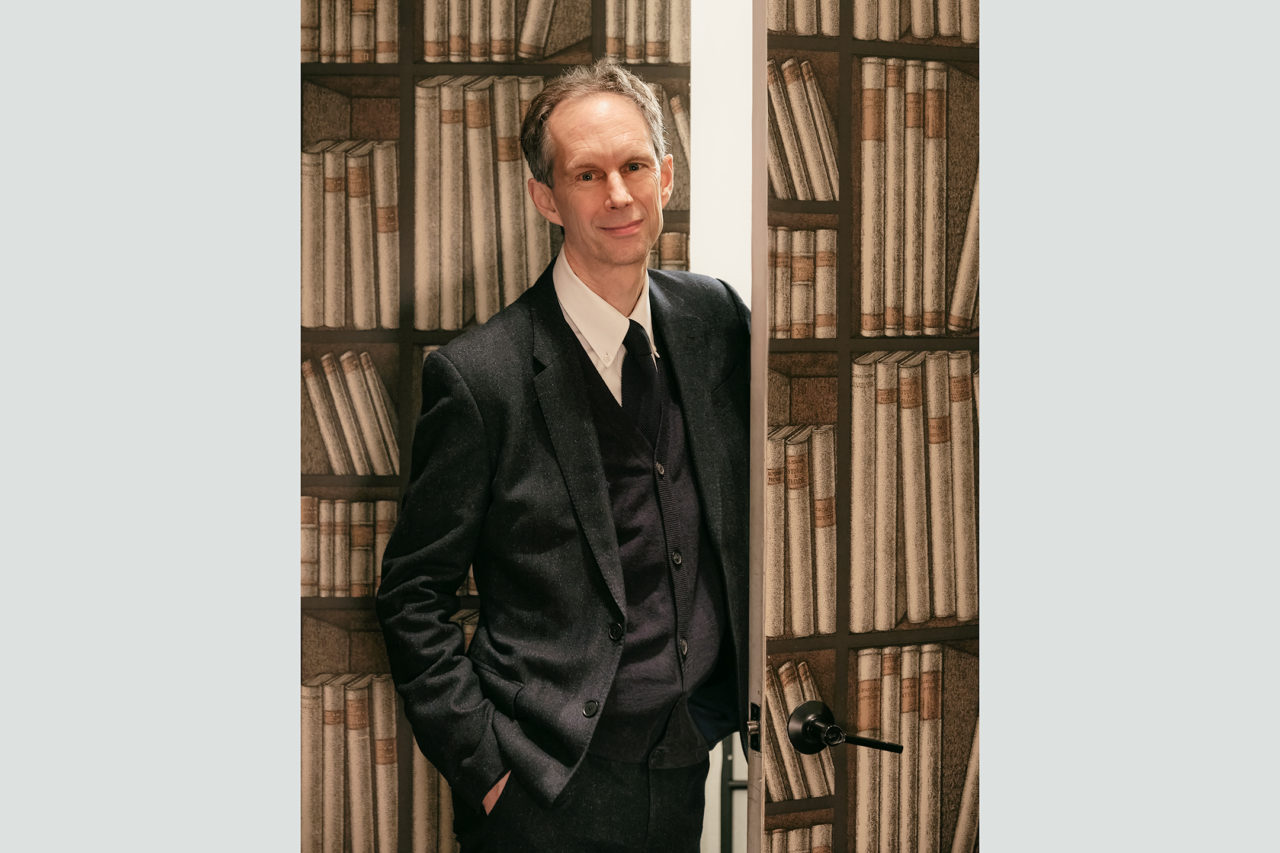 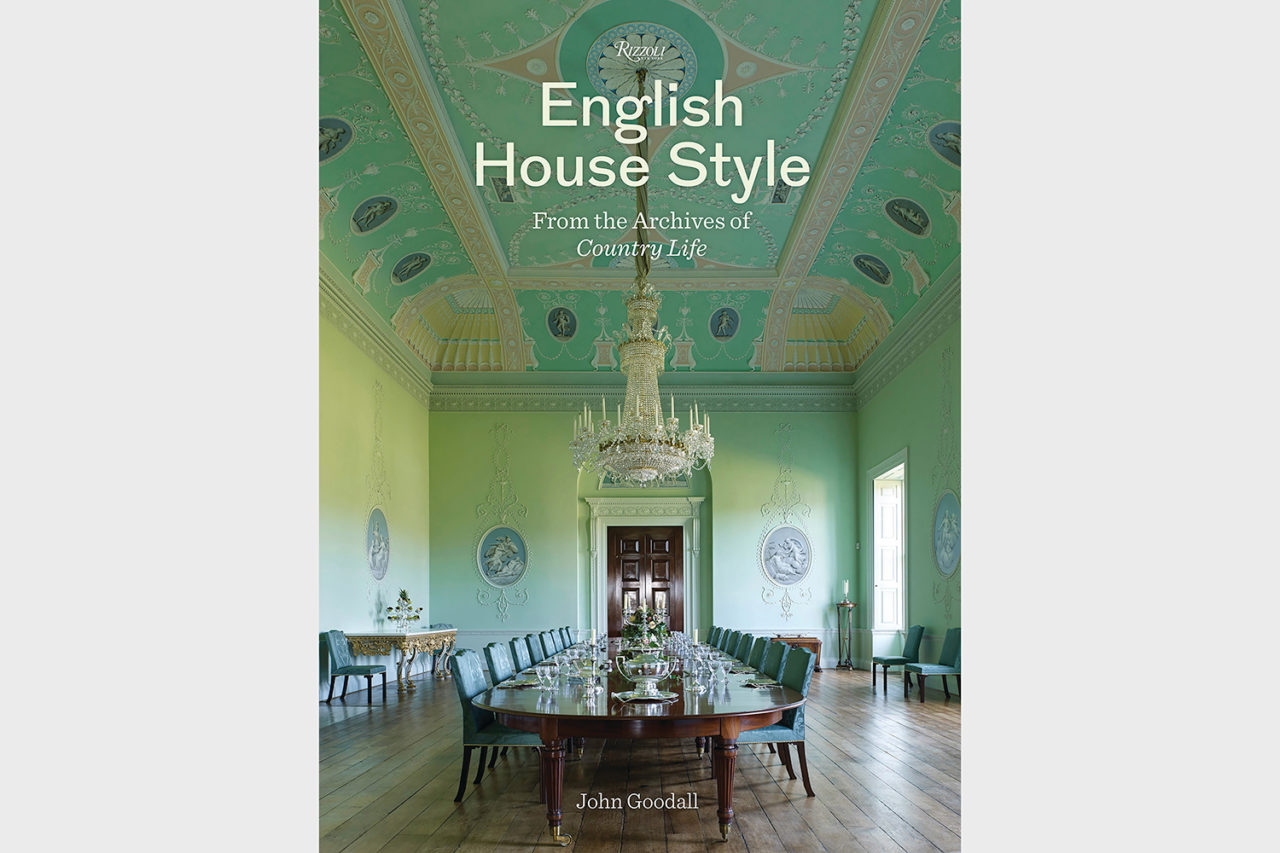 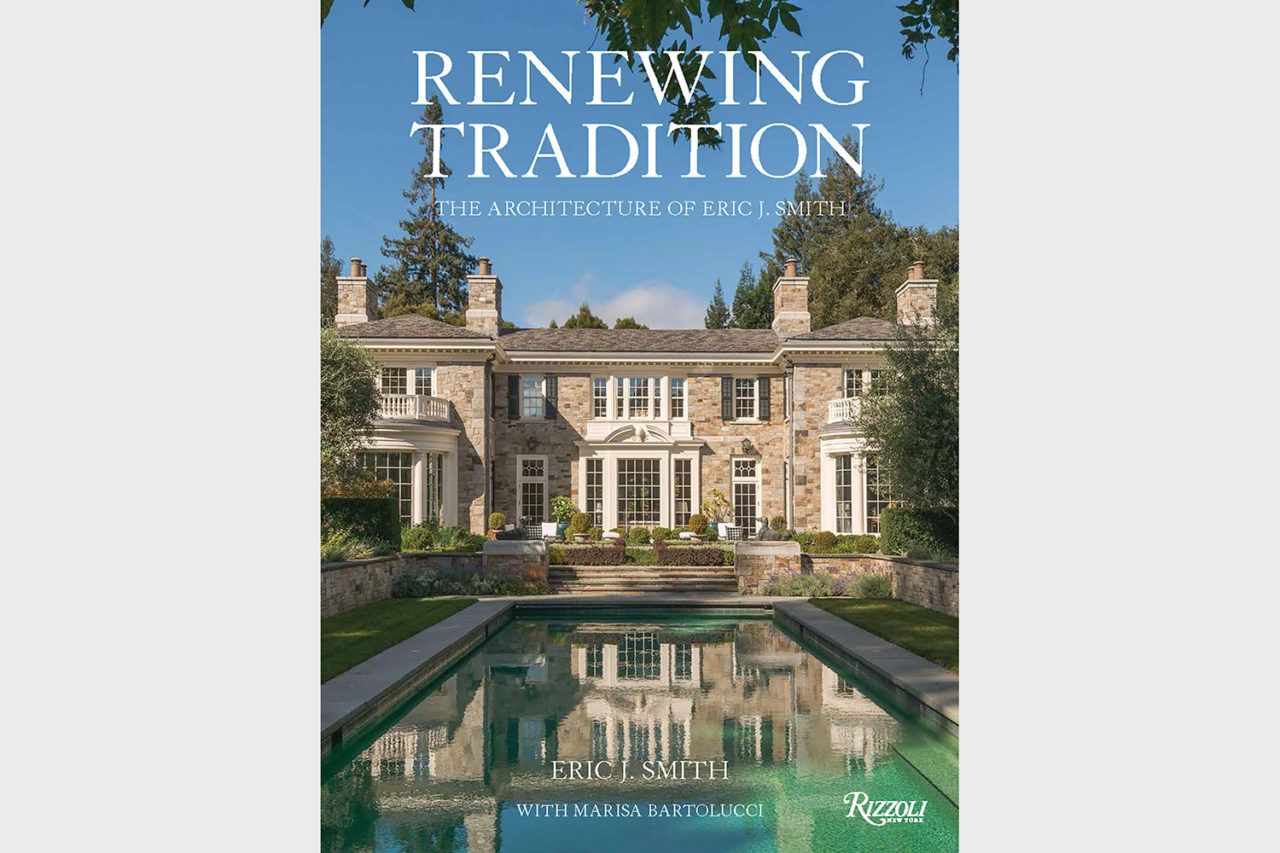 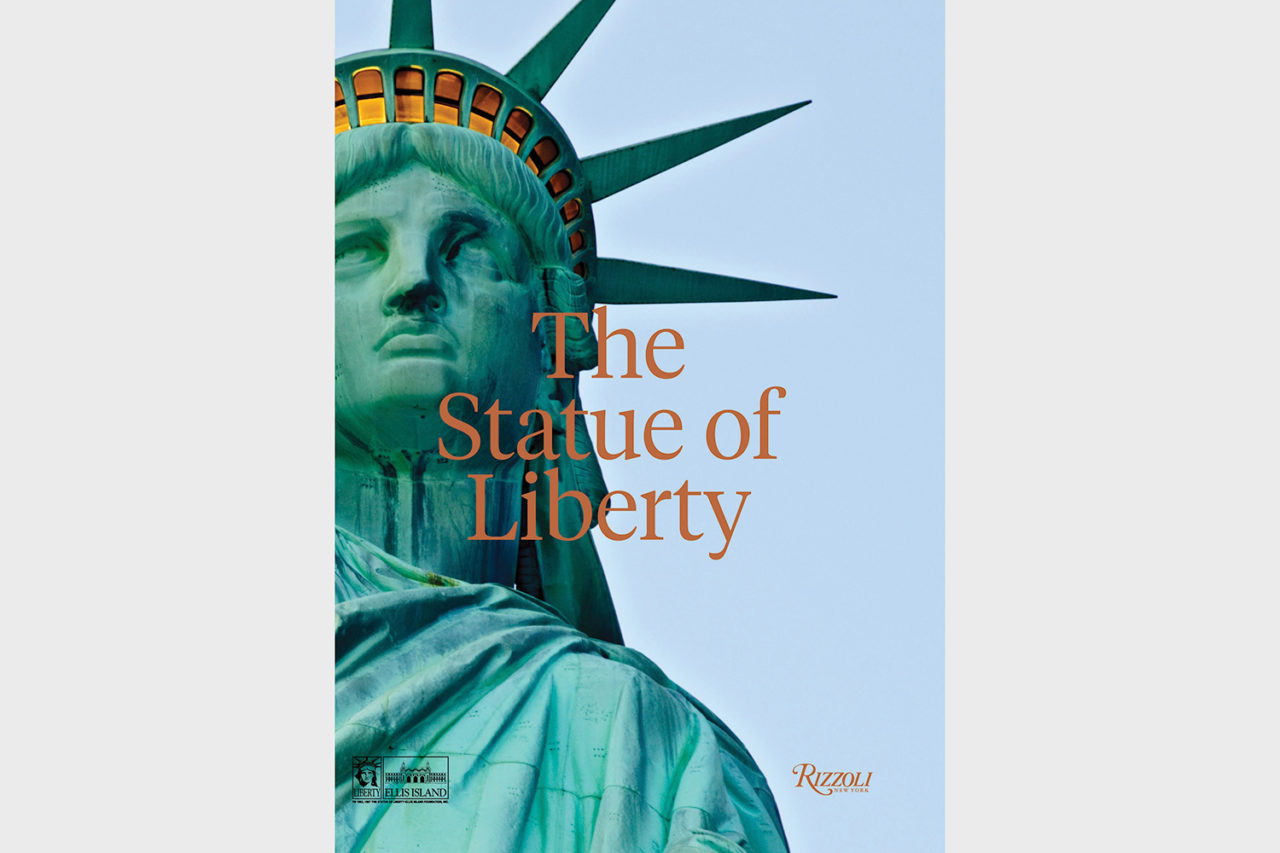 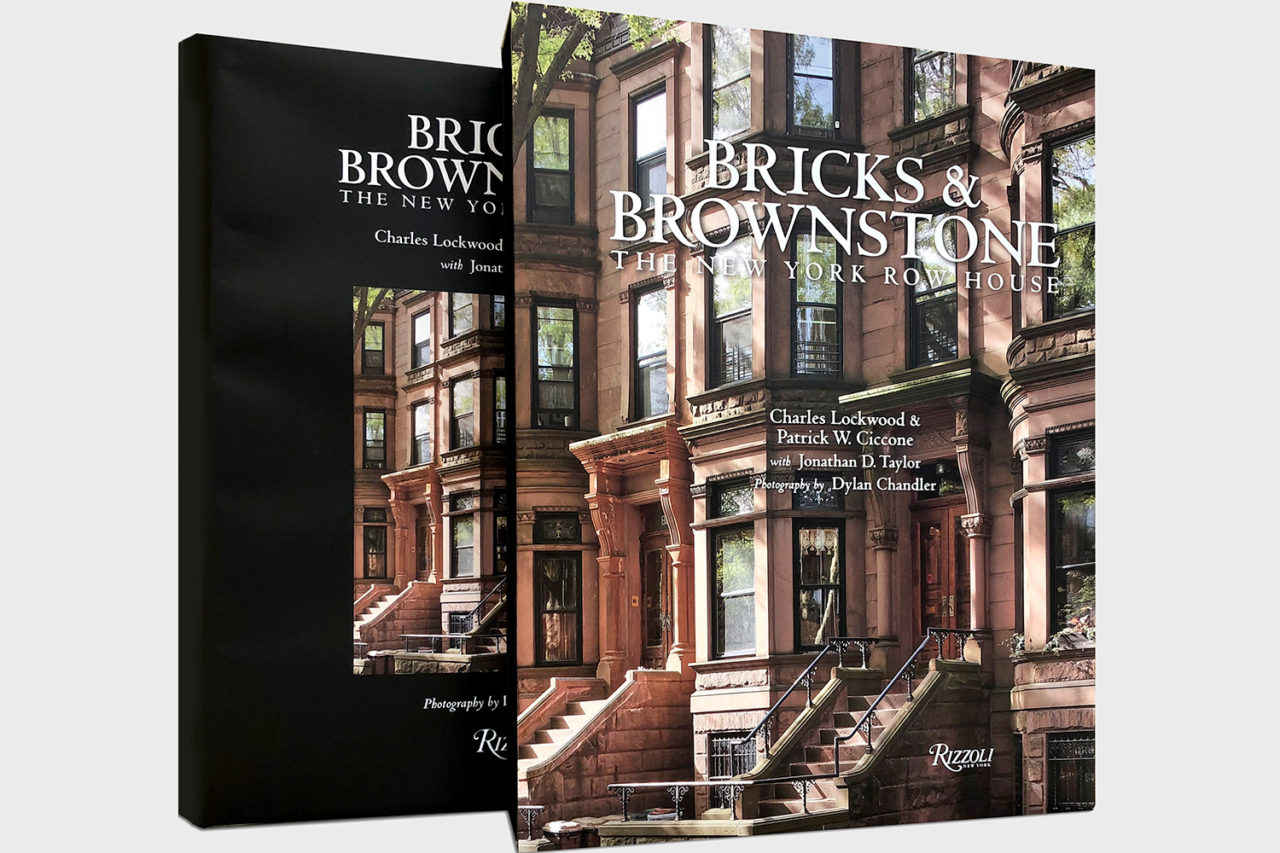 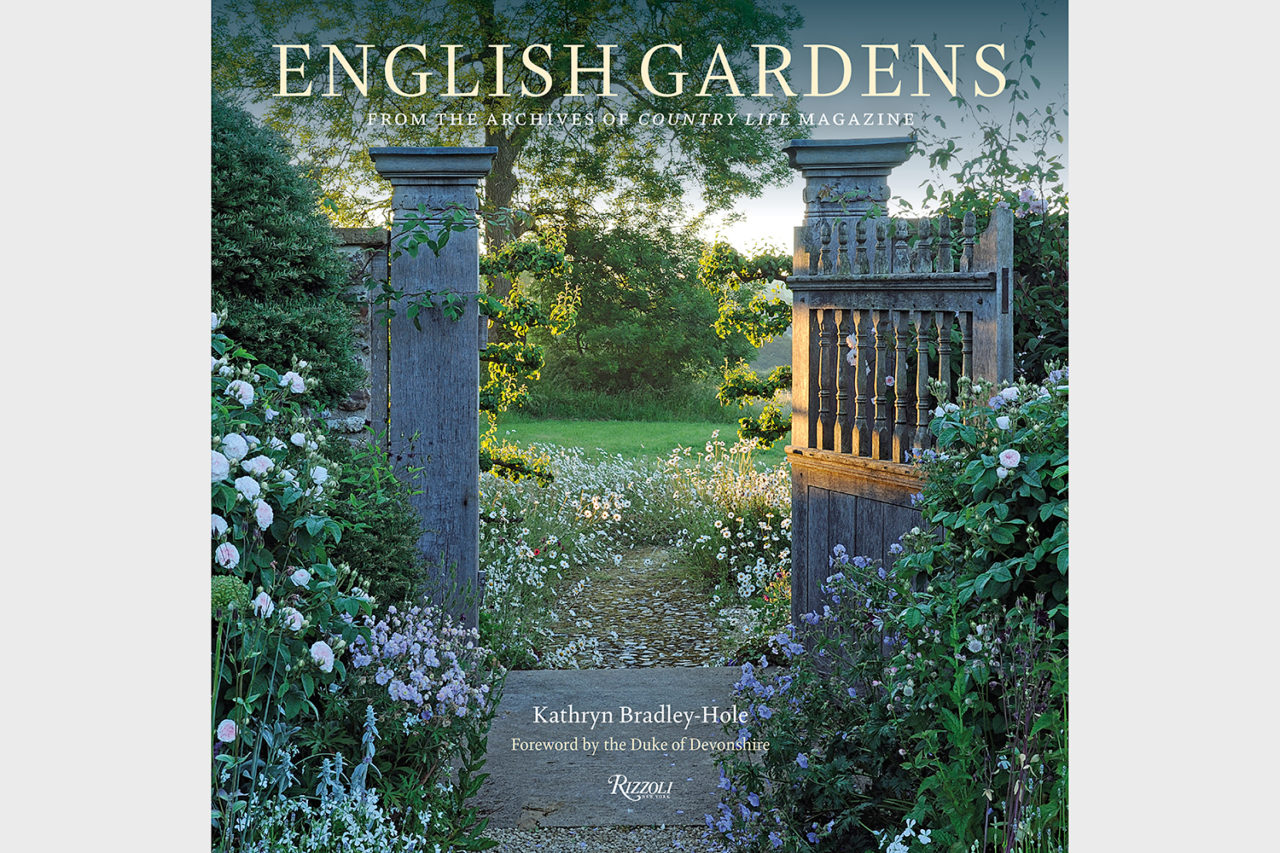 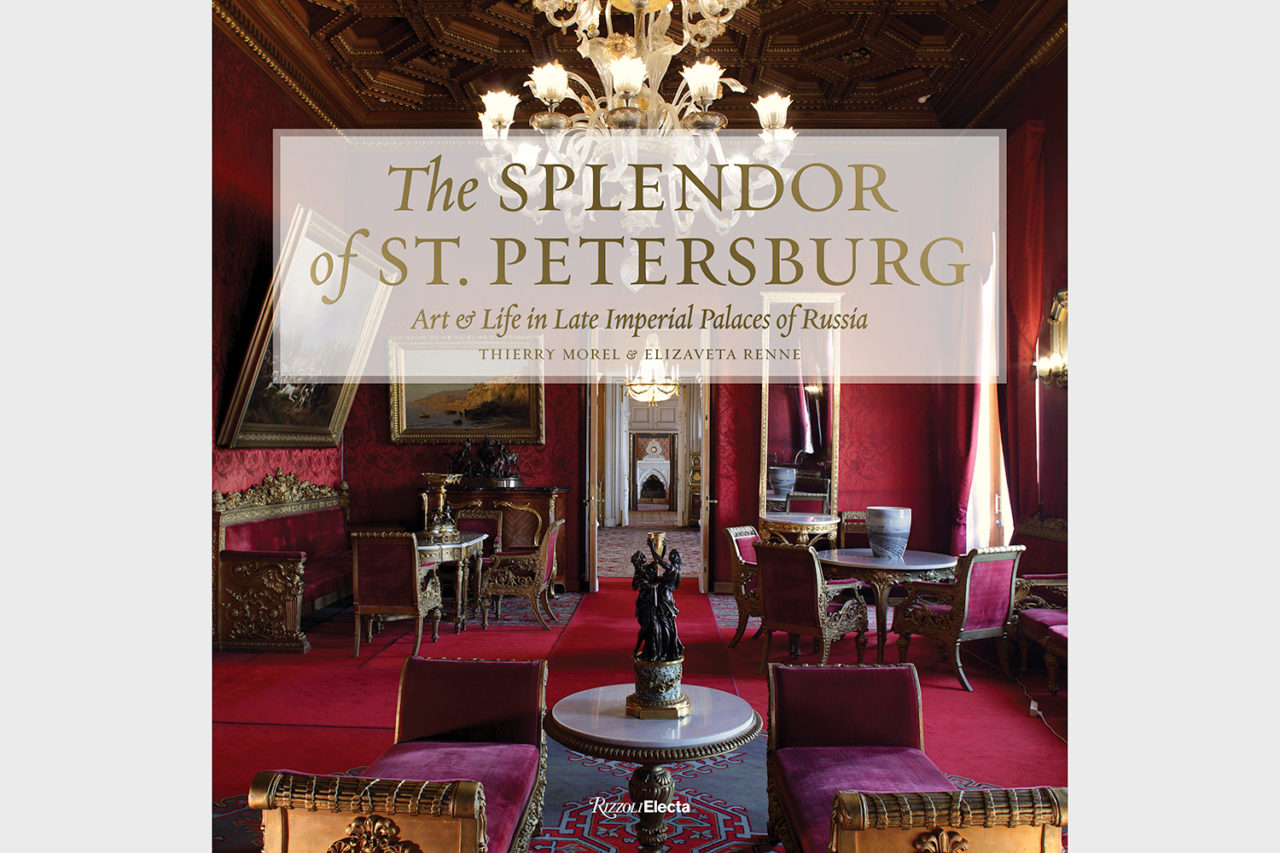 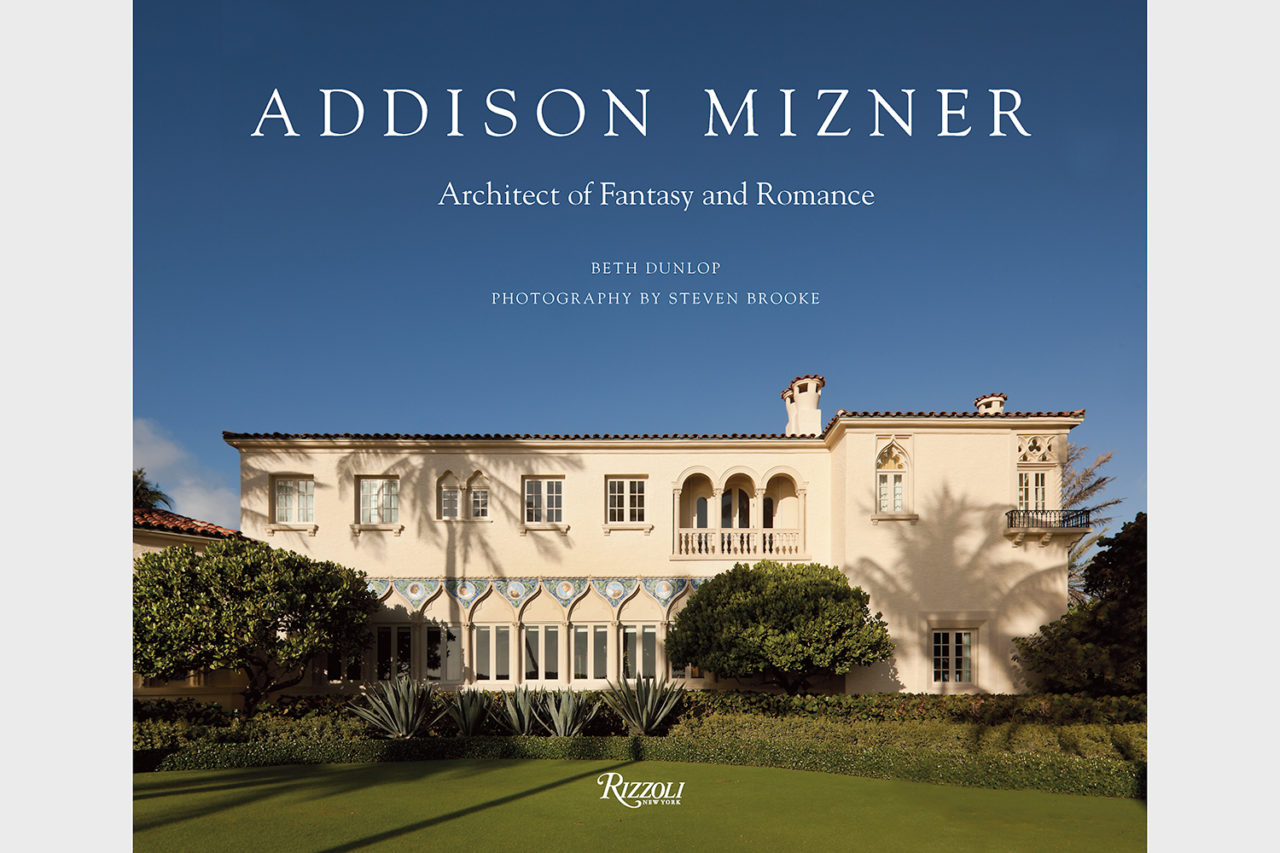 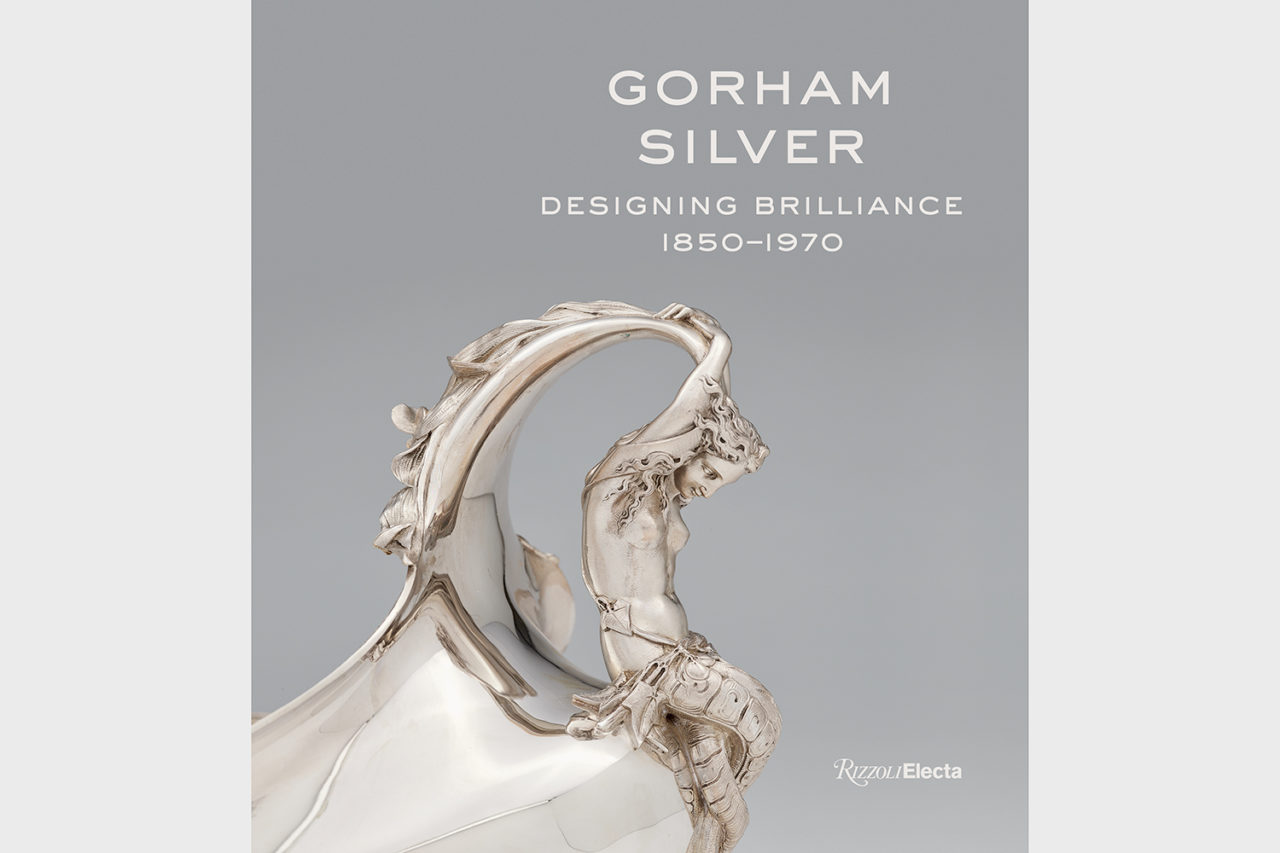 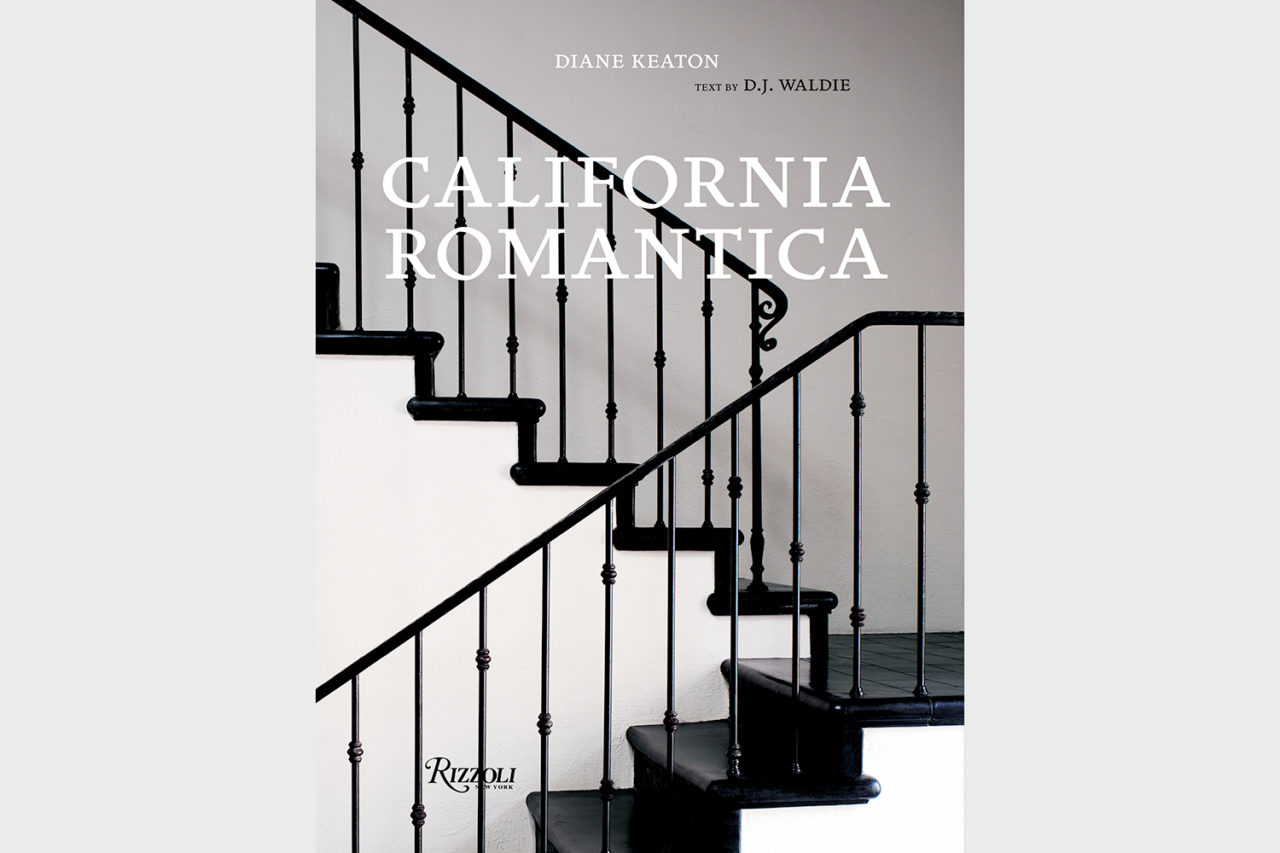 John F.W. Rogers is an Executive Vice President of the Goldman Sachs Group, and a member of the firm’s Management Committee. John also serves as chairman of the Goldman Sachs Foundation and directs its strategic impact-investing efforts, which leverages his capacity to build coalitions around notable causes, much in the way he has done in his private life across art, architecture, and preservation efforts more broadly.

Prior to Goldman Sachs, Rogers was a senior fellow at the Baker Institute at Rice University, Under Secretary at the U.S. Department of State, Assistant Secretary at the Department of the Treasury, and Assistant to the President at the White House. John Rogers was awarded the Presidential Citizens Medal in 1985, the youngest ever to receive the honor. 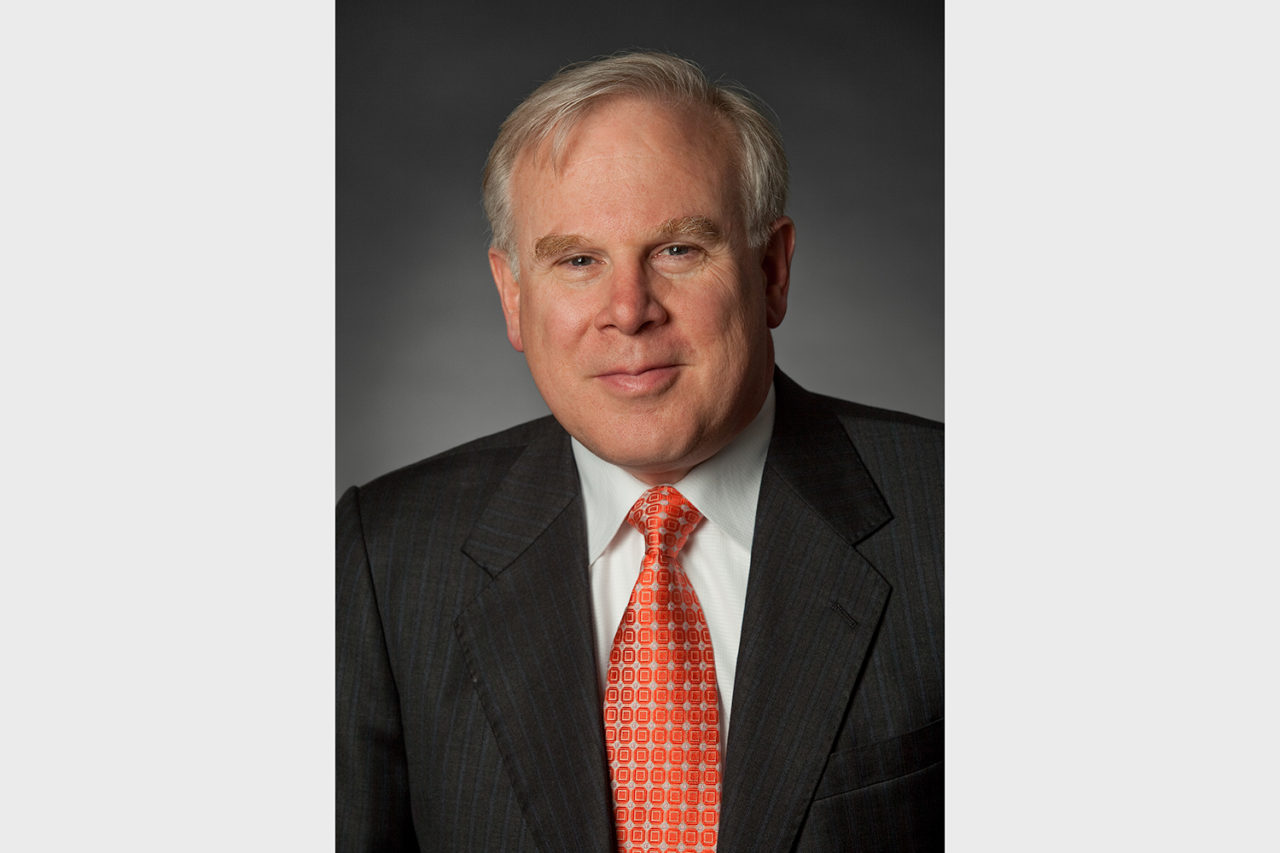 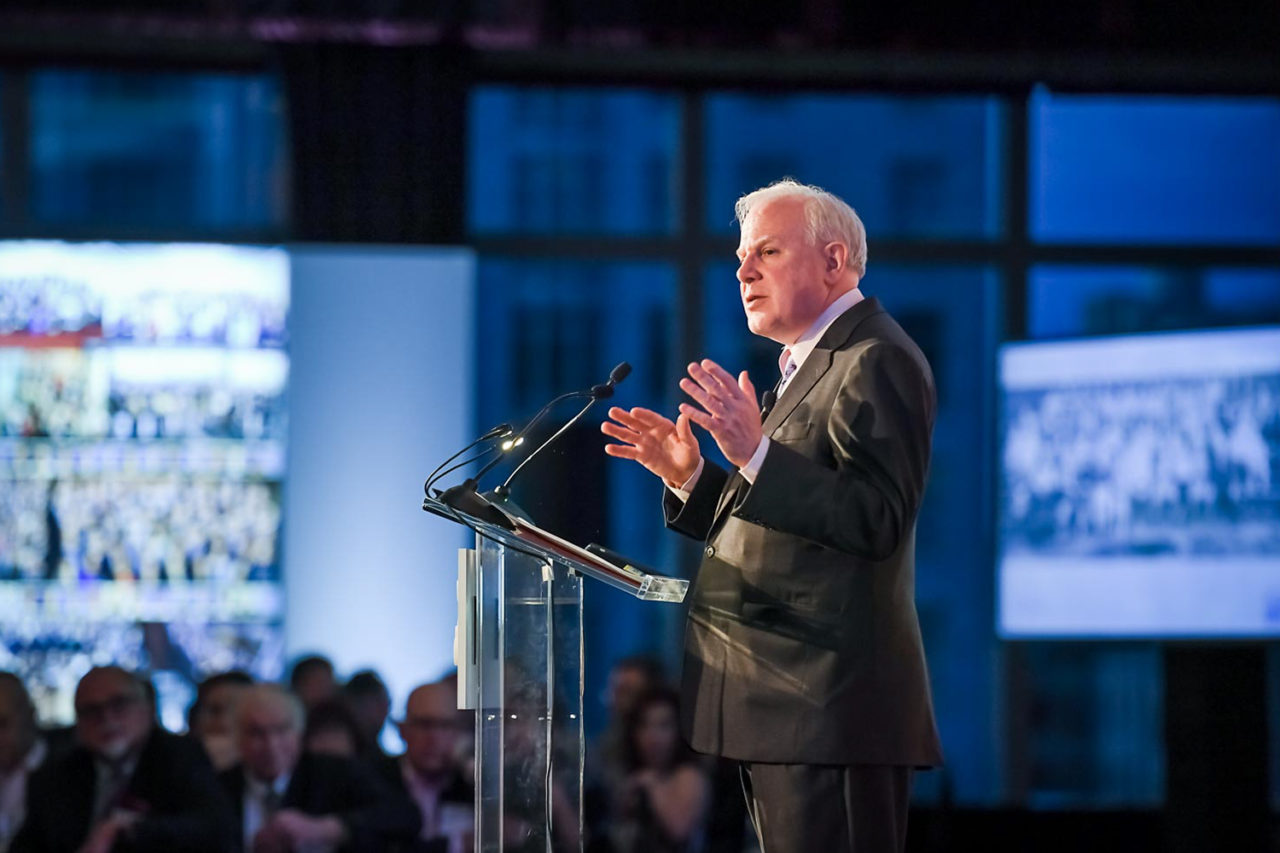 BOARD OF DIRECTORS HONOR | Michael Lykoudis, FAIA, Notre Dame, IN

The Francis and Kathleen Rooney Dean of the School of Architecture, Michael Lykoudis has served as professor of architecture at Notre Dame since 1991. He has devoted his career to the building, study, and promotion of traditional architecture and urbanism as a way of addressing the critical contemporary issues facing the built and natural environment.

Prior to becoming the first Dean of the School of Architecture, then-Professor Lykoudis served the School in a number of capacities including Director of Undergraduate Studies for over 10 years. He was the principal organizer of the new classical and urban curriculum, and established several new initiatives within the School, including the development of the Richard H. Driehaus Prize at the University of Notre Dame, the largest architectural prize in the world that is given annually.

A graduate of Cornell University, Lykoudis earned his Master of Architecture degree from the University of Illinois with a concentration in business and real estate. Prior to joining the Notre Dame faculty, he worked as a project designer and architect for firms in Florida, Greece, Connecticut, and New York. He has directed his own practice since 1983 in Athens, Greece, and Stamford, Connecticut, and now in South Bend, Indiana. 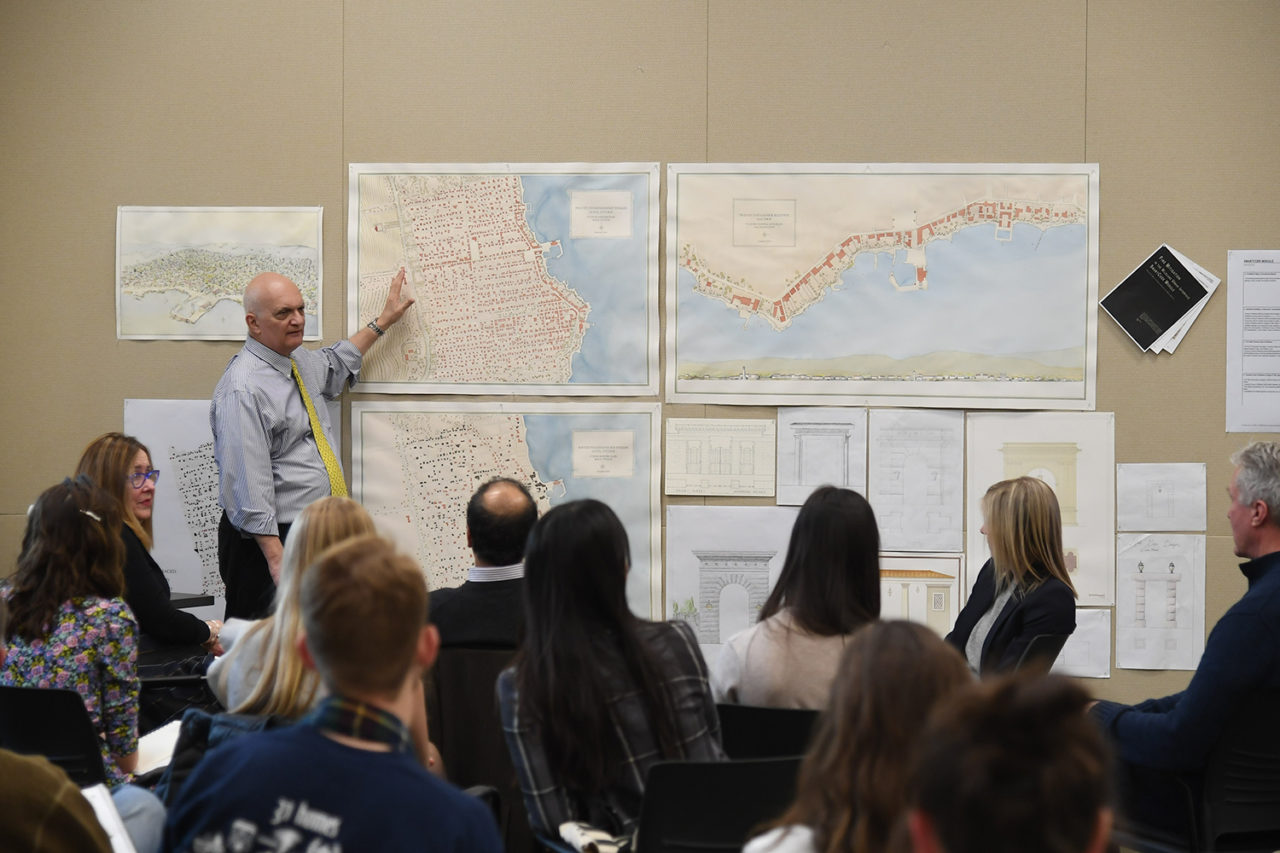 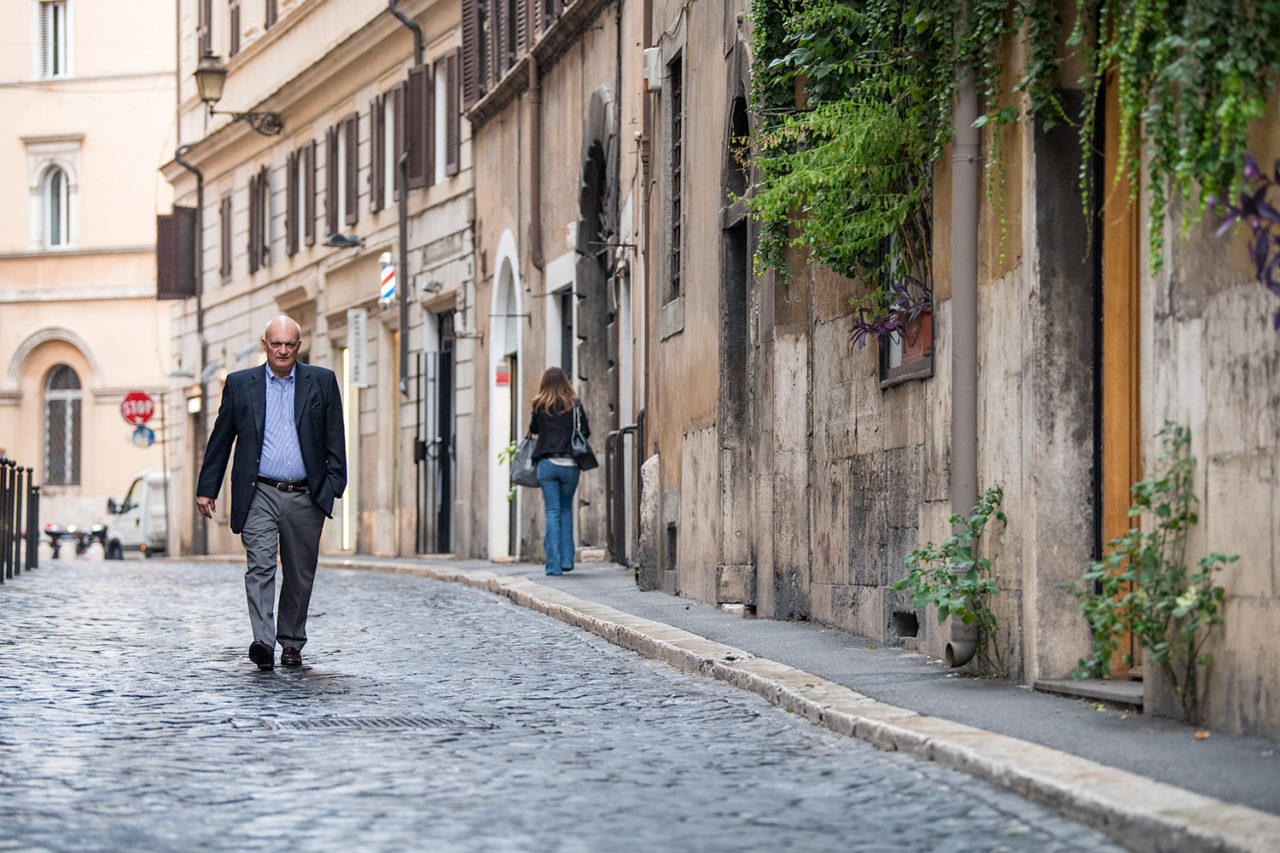 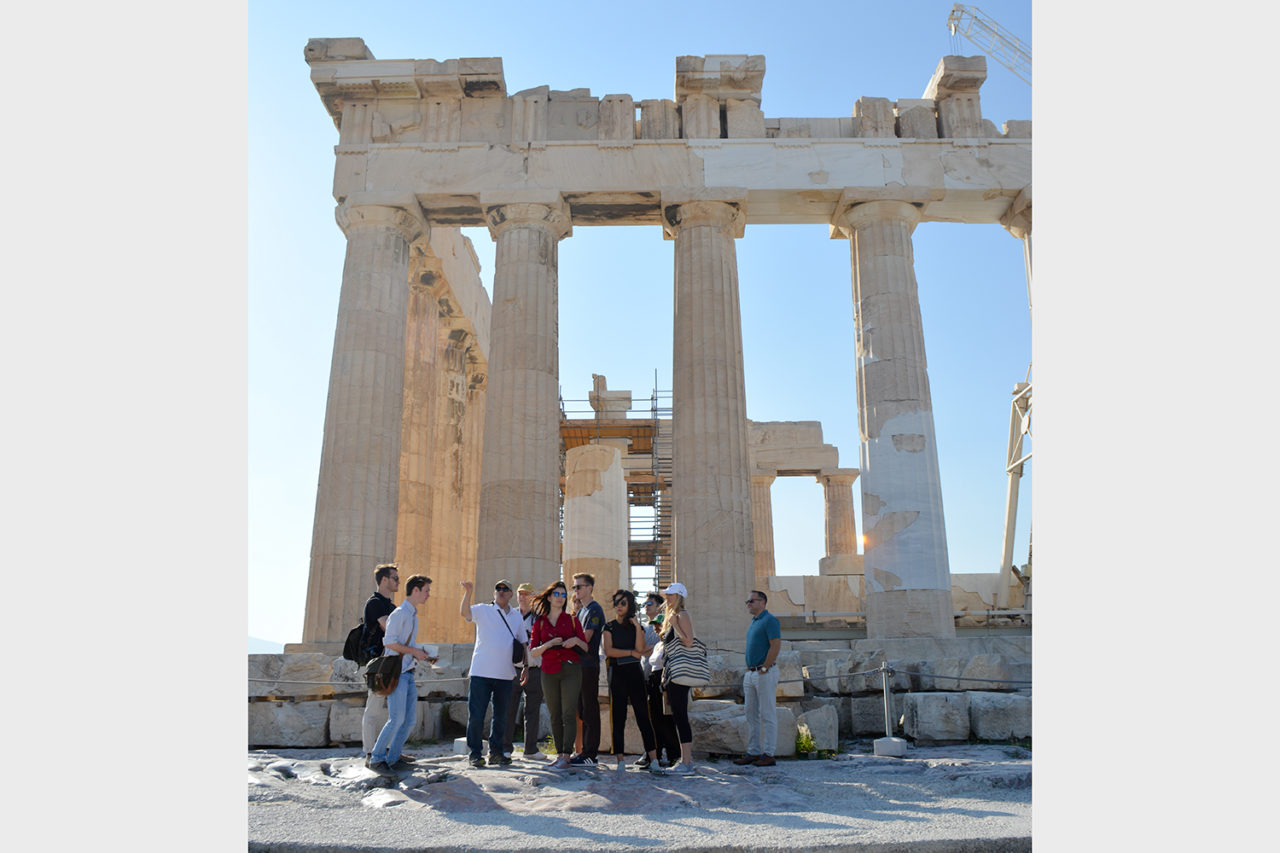 “This year’s honorees are an impressive collection of talent and passion. Their superb work testifies to the broad array of practices that create successful buildings and places, including skilled architects, craftspeople, artists, and landscape designers. I am also so thrilled that we are recognizing the importance of education, patronage, and publication, as they are crucial to ensuring the continued success of classical and traditional architecture,” said ICAA President Peter Lyden of the 39th Annual Arthur Ross Award laureates. “Taken together, the legacy of this year's Arthur Ross awardees is one of enduring beauty and human dignity, and thanks to their tremendous contributions, contemporary classicism is very much alive and vibrant today.”

The 2020 Arthur Ross Awards celebration at The University Club on May 4th will commence with cocktails at 7 PM. The Awards dinner and ceremony will follow at 8 PM. The dress code for the event is black tie (floor length or cocktail dresses for ladies).

Tickets may be purchased online.