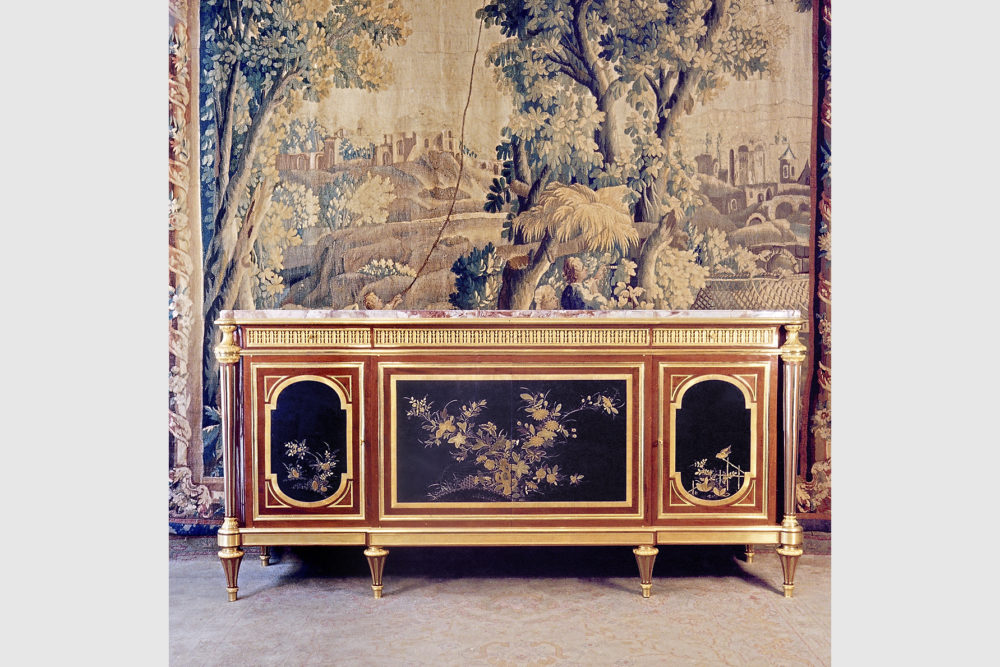 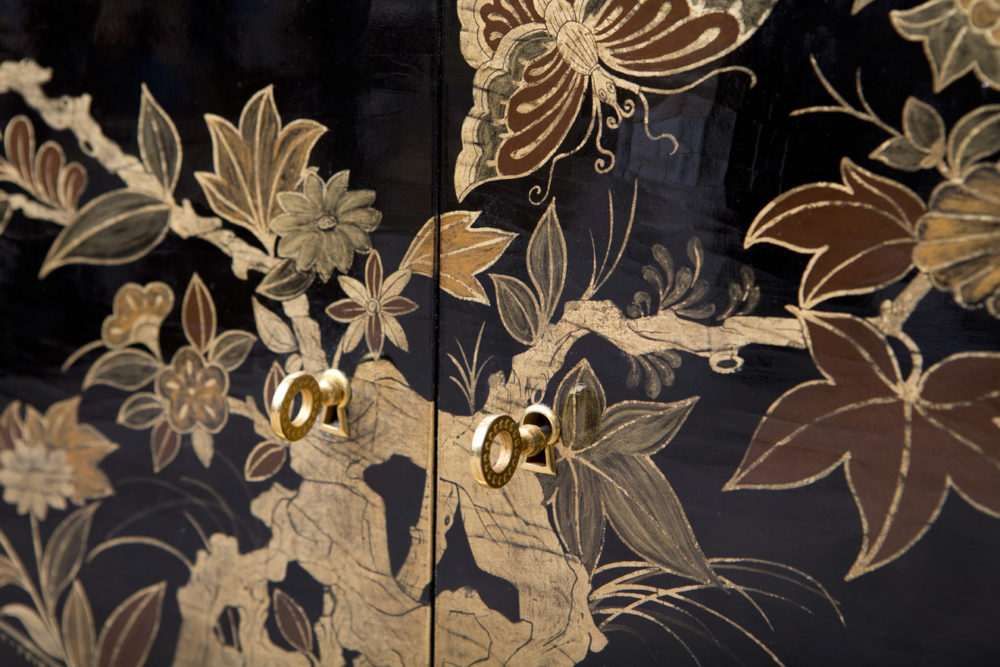 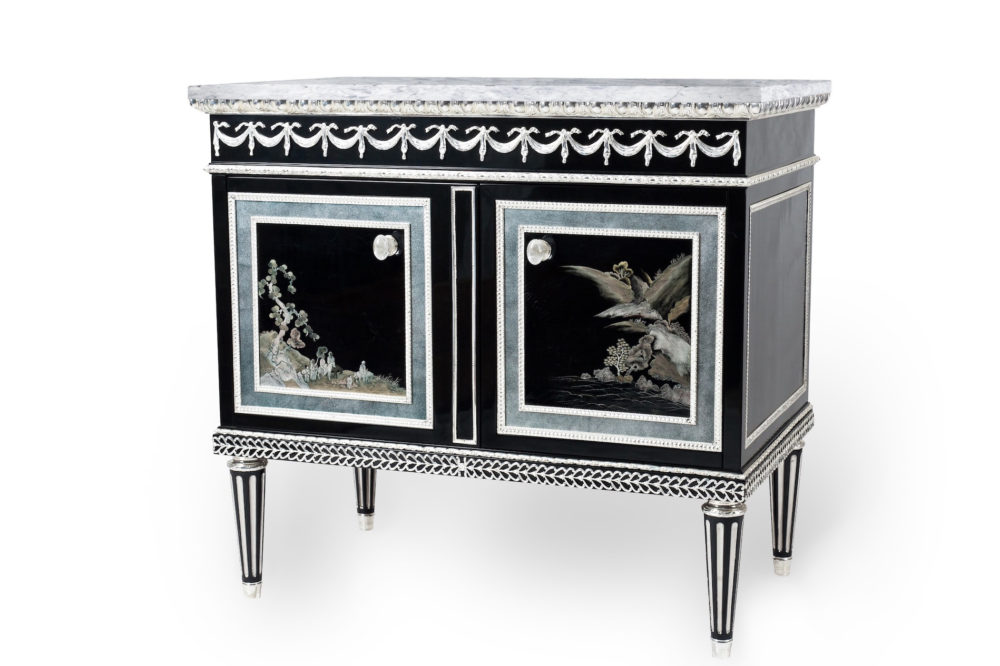 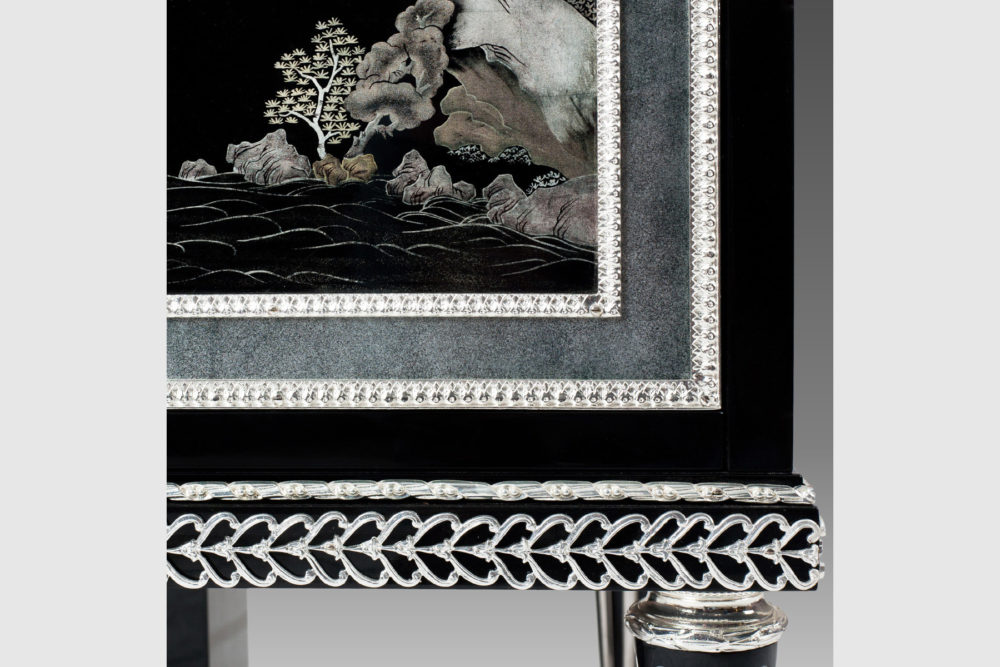 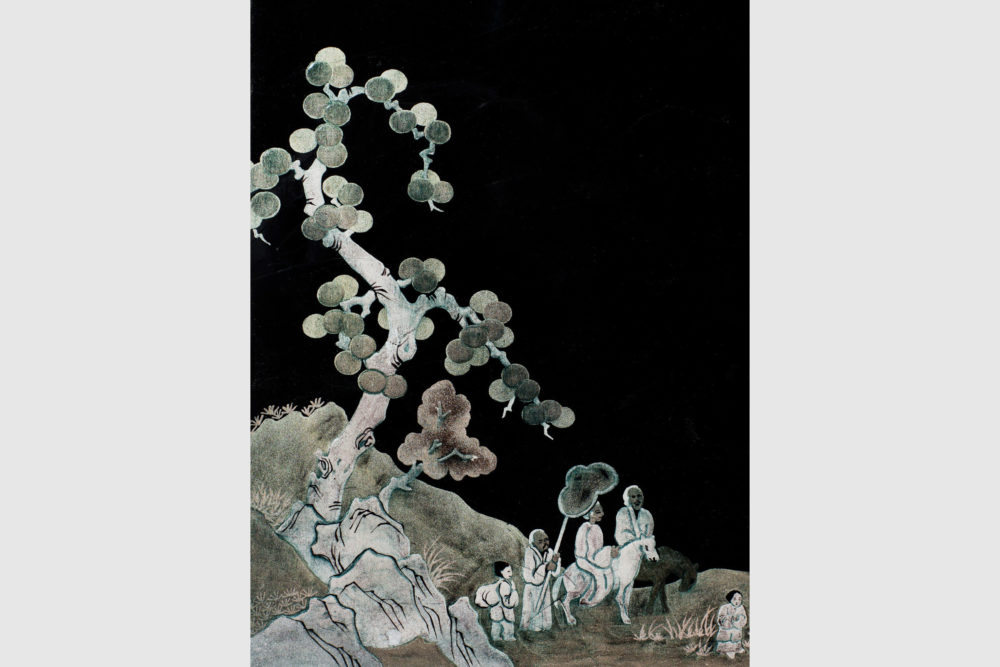 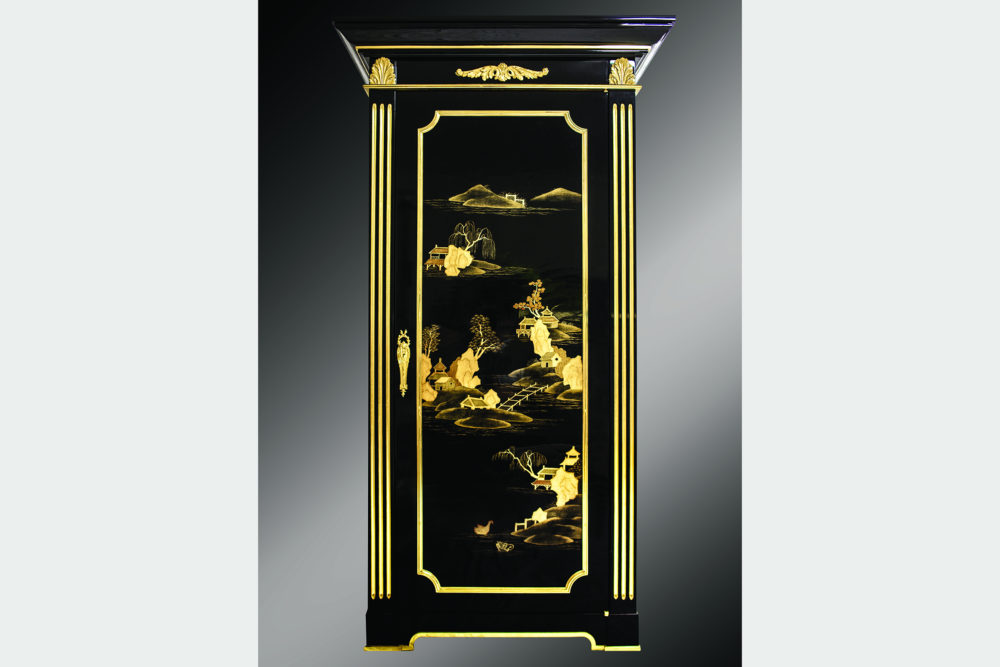 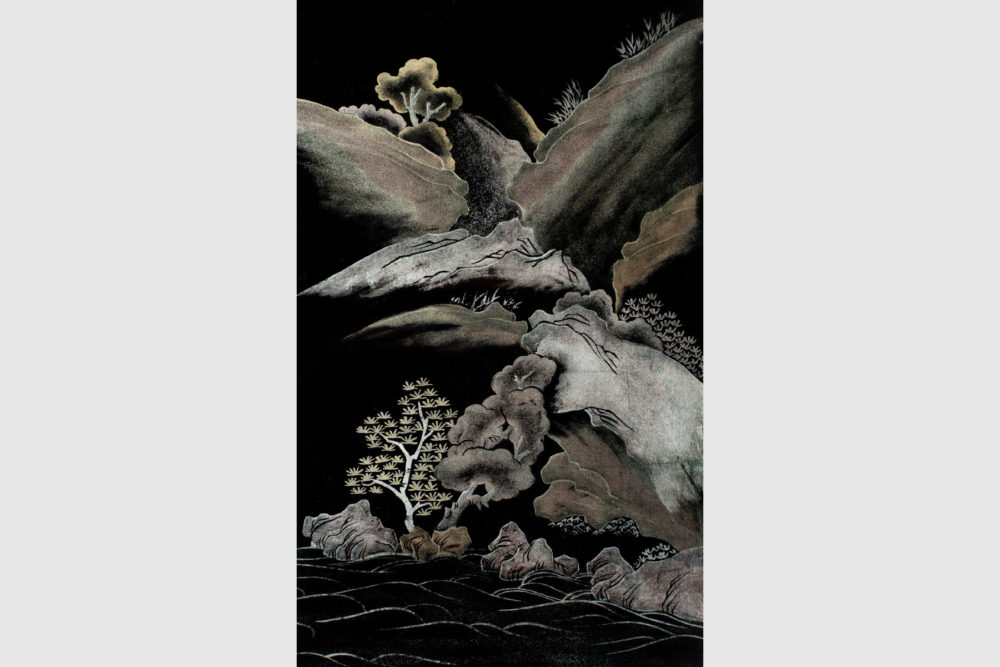 The History of Chinoiseries in France, Part 2

In the mid-18th century, after several decades of the ornamental decadence of the rocaille style, a great many in the aristocracy and grande bourgeoisie (upper class or gentry) sought greater simplicity in their décors. The Louis XVI style was poised to appear, two decades before the reign of the same name, heralded by the Transition style, which, as the name suggests, marked the shift from one to the other.

The start of such stylistic change—a dramatic neoclassical reaction to the excesses of the Louis XV style—was first and foremost due to the rediscovery of Herculaneum in 1738 and Pompeii in 1748. The Marquis de Marigny, brother to the Marquise de Pompadour, played an essential role in the Transition, which began at the end of the reign, by virtue of a trip he took to Italy between 1749 and 1751.

Among those who joined him on the journey was the great neoclassical architect Soufflot who, upon his return to France, took the office of Directeur Général des Bâtiments du Roi (in essence, the king’s building superintendent), a position he held until 1773 and through which he promoted a return to classicism.

The preference for Chinese aesthetics nevertheless persisted. Now faced with a marked decline in public enthusiasm, however, it became more subdued, at times blending with other influences. In 1749, when the Count de Caylus began his presentation on sculptor Jacques Sarrazin at the Académie Royale de Peinture et de Sculpture, he bemoaned “the presence of Chinese pagodas and magots” instead of “respectable models and handsome bronzes.” This opinion was widely shared among the young generation of architects, craftspeople, and artists, not to mention their clients, who grew up in interiors dripping with Chinese-style porcelain objects, statues, miniature pagodas, paintings, lacquers, and furniture. One must remember that, by this time, a century and a half after trade began with Asia, millions of imported objects had already arrived in Europe, not all of which were in the best of taste.

It was the same situation in England. Despite the immense popularity of Chinese aesthetics and designs by Chippendale and his peers, Robert Morris, the very influential English writer on architecture, described mid-century Chinese style as consisting in “mere whim and chimera, without rule or order, it requires no fertility of genius to put it in execution. The principals are a good choice of chains and bells, and different colors of paint. As to the serpents, dragons and monkeys, etc. they, like the rest of the beauties, may be cut in paper, and pasted on anywhere, or in any manner.” 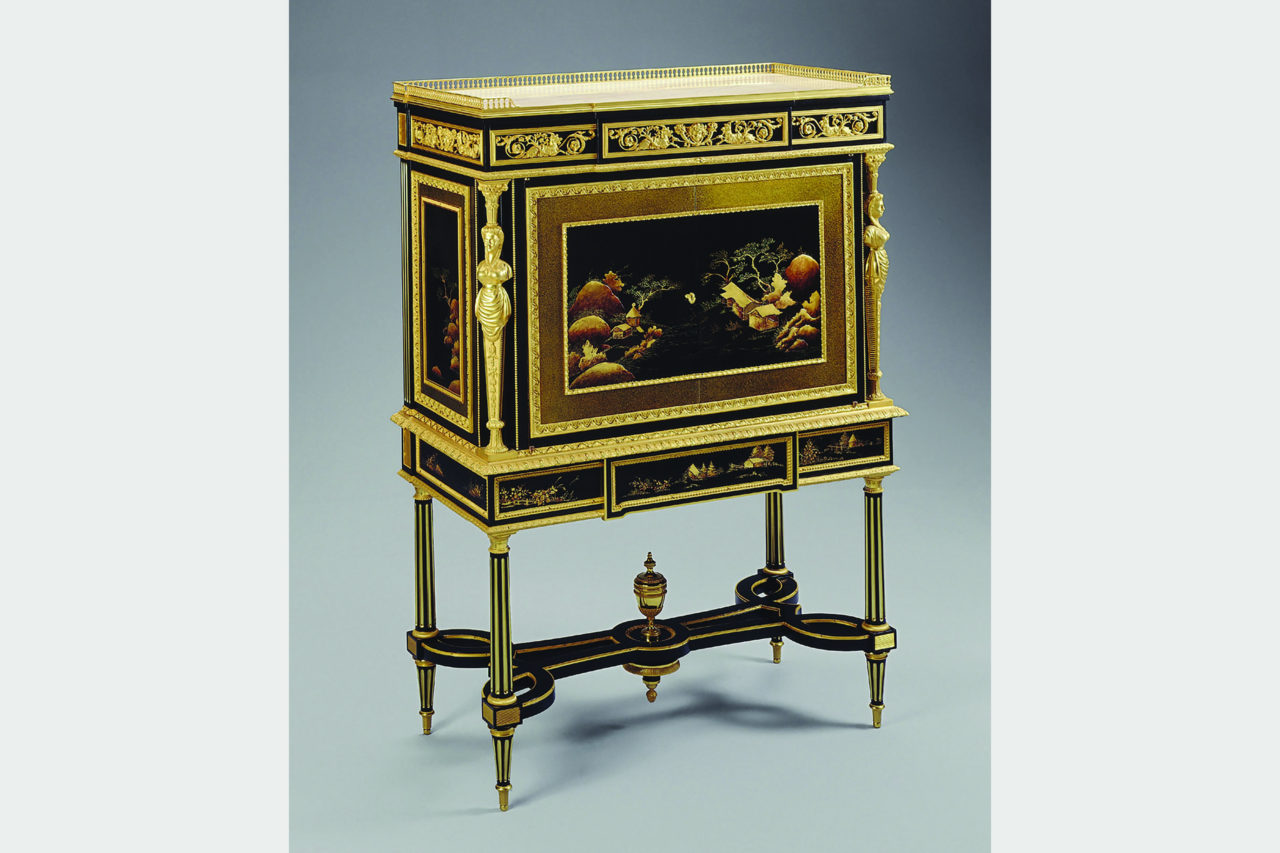 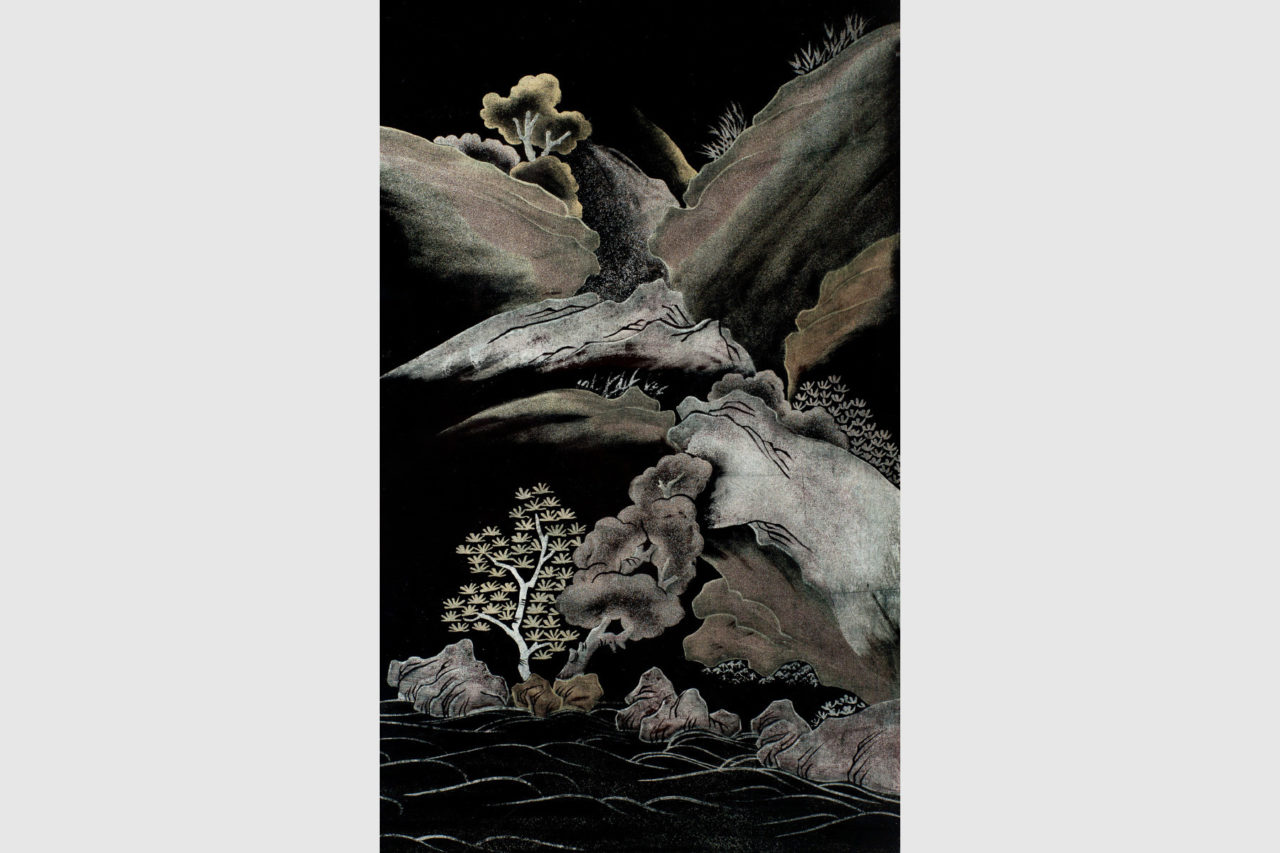 Neoclassicism was slowly taking hold across Europe: Though different areas made the shift at different times, the overall change was inexorable. In France, however, the Louis XVI style would continue to integrate chinoiseries in furnishings, though with greater reserve, and this trend attained a peak of sorts. The great cabinetmakers of the time were Adam Weisweiler, Abraham and David Roentgen, Martin Carlin, Jean François Oeben and his apprentice Jean-Henri Riesener, and Jean François Leleu.

Having become a master craftsman in 1764, Leleu worked in lacquer chinoiseries as well as in marquetry, one of the favored techniques of the Louis XVI style. As with furniture, wall décor, too, was simplifying, particularly in the use of chinoiserie. Gone were the lavish combinations of exotic figures and rocaille ornamentation, shells, and grotesques. Lacquer panels were taken as they were – rectangular boiseries like those from the Hôtel du Chatelet, built in 1770 and currently on display at the Musée des Arts Décoratifs in Paris. Central to the economy of the chinoiserie system, the marchands-merciers of that day called the shots when it came to Parisian interiors. The members of this corporation sold everything from furniture to works of art and even acted as interior decorators. This body, one of the biggest and most influential in Paris at the time, peaked at the end of the century but would soon be dissolved by the Revolution.

For the time being, though, the marchands-merciers were generally the forces behind major Chinese-style designs, importing lacquers and supplying them to the cabinetmakers assigned to rework them, calling on ornamentalists to embellish Asian porcelains with European bronzes, selling fabrics, knickknacks, and precious stones. 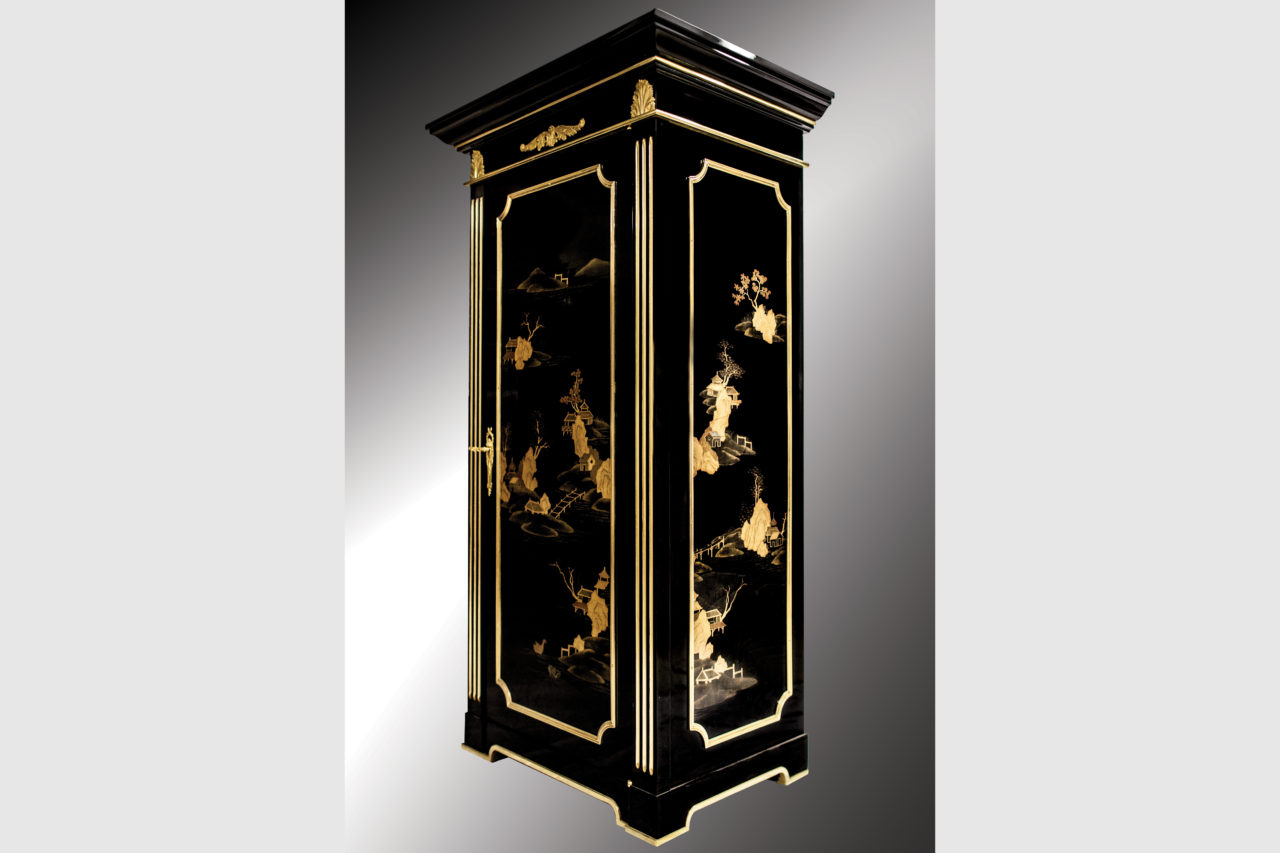 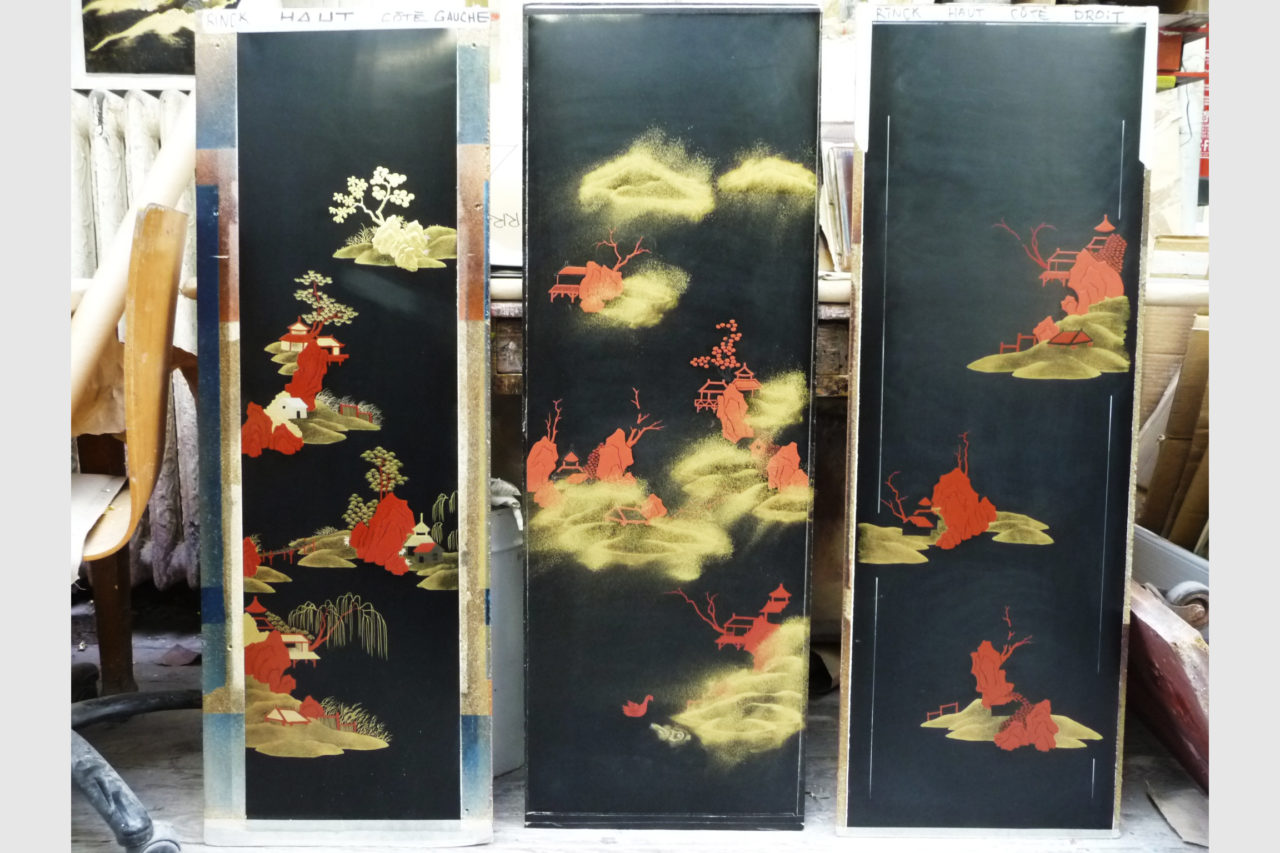 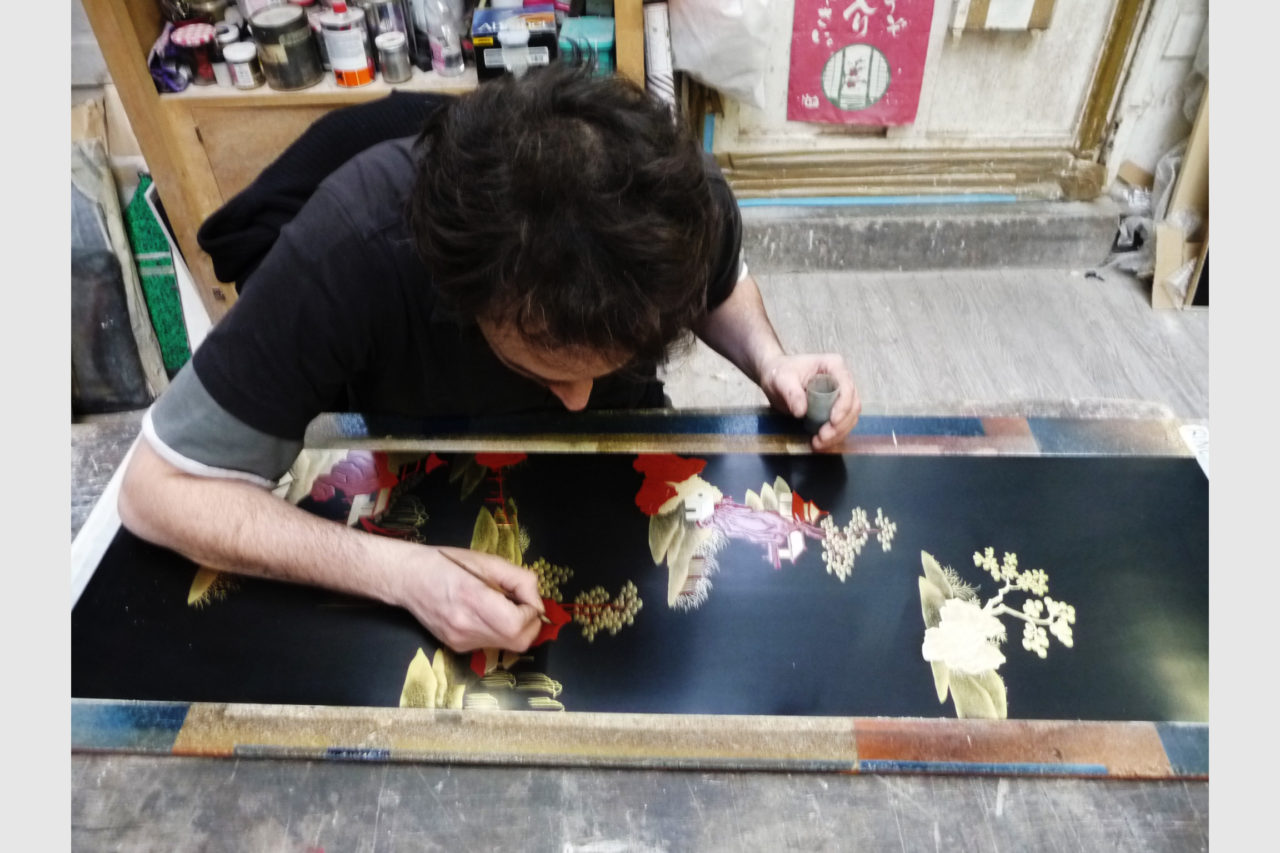 As tastes leaned increasingly toward the classical style, furniture incorporating chinoiseries could now mix inspirations, combining, for instance, Greek meanders and Japanese lacquer, for an eclectic result. Pastoralism, another of that era’s trends, contributed its own ornaments, shepherds, rams, and ribbons in an idealized presentation of nature. It was directly inspired by the great thought movement of the time, the Enlightenment, which did not always look kindly upon chinoiserie, a symbol of luxury and frivolity. Thus it was that, in 1764, Voltaire wrote these biting words in his philosophical dictionary: “We are going to look for land in China, as if we had none; for fabrics, as though we lacked fabrics; a simple herb to infuse in water, as though we had no such simple herbs in our climes.” In L’Encyclopédie, Diderot denounced Chinese statuettes as “precious trinkets to which the nation has stubbornly clung: they have chased ornaments of much better taste from our chambers.”

As the century’s destiny gained momentum, with the first shots of the French Revolution soon to be fired, the penchant for Chinese aesthetics came to represent decadence by virtue of its association with the memory of the magnetic King Louis XV. Morality was the new custom, mimicking the purity of the Roman Republic and Athenian democracy as a way to counter aristocratic excess. Frivolousness was shunned and chinoiserie fell into that category. Interior décor was moving toward the Directoire style, a now-strict imitation of classical. At the start of the Revolution, in her Discours sur le Luxe et sur l'Hospitalité, Madame de Genlis, a countess, offered the eulogy for the “universal madness of modern curiosity-seekers for these Japanese porcelain cats and monkeys, hideous in form and selling for exorbitant prices.”